Fungi in Jagun, orchids and cicadas

Amanita family is famous worldwide for the red and white-spotted toadstools I recall from my Rupert Bear books and experiments as a teenager. Fly Agaric, Amanita Muscaria was a hallucinogenic substance used for religious or shamanic purposes, altering perceptions and emotions. Shamans were intermediaries between the people and spirits, often animal spirits. The active hallucinogenic ingredient is passed in the urine. Sometimes the tribe drank the Shaman’s urine. Usually Shaman fasted and prepared for their visions, and the mushroom was prepared to limit its toxicity (stomach cramps, nausea and vomiting are common)

The lethal Death Cap is also an amanita and this (if it is Amanita abrupta) is also deadly. 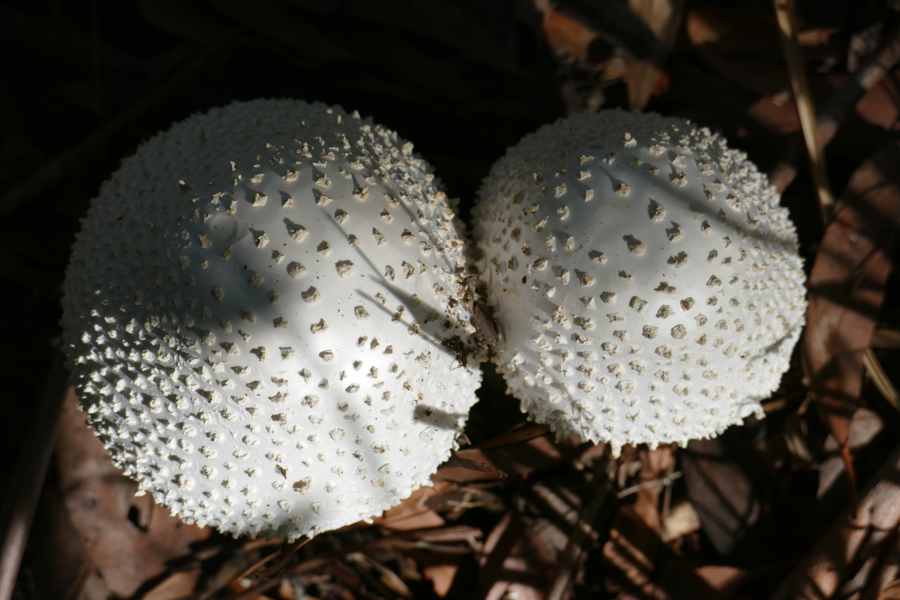 Tree would not exist without fungi, almost all plants have mycorhizal associations. Fine tree roots are covered by fungi which collect water and phosphorous convert nitrogen into a form tree roots can use, etc. food and in return receive carbon and sugars. They can spread outside roots for many metres – without fungi, the world would look very different.

“The fungi are an entire kingdom of organisms: their total weight may well exceed the total weight of animals by several times and there are many more species of them than there are of plants! In many natural environments fungi provide the hidden energy-distributing infrastructure–like the communication pipelines and cables beneath a city–that connects the lives of plants and animals in countless and often surprising ways.” A D M Rayner (Degrees of Freedom: Living in Dynamic Boundaries. London: Imperial College Press, 1997)

Fungi are symbiotic engines in both plants and animals and underestimated in the evolutionary story.

The loudest insects in the world, Double drummer cicadas have finished, the waves of sound are now from smaller cicadas like the White Drummers.