In 1790, David Collins the Lieutenant Governor recorded colonists hauling in four thousand salmon in one day just off Kirribilli in Warrane (Sydney Harbour).

The population of the colony then was 1,715, so it was wasteful. Eora fisherwomen used two metre canoes with a fire in the middle to cook the fish. They used hook and line and often had children in the canoe. It was important position providing for the family, a very sustainable practice. The men fished with spears from the land.

Barangaroo, the influential and resilient Cammeraygal woman married Bennelong, the most famous Aborigine from eth early colony. She was an older woman whose first husband and children had died from smallpox. She opposed her husband’s interactions with the British and furious, broke his fishing spear. 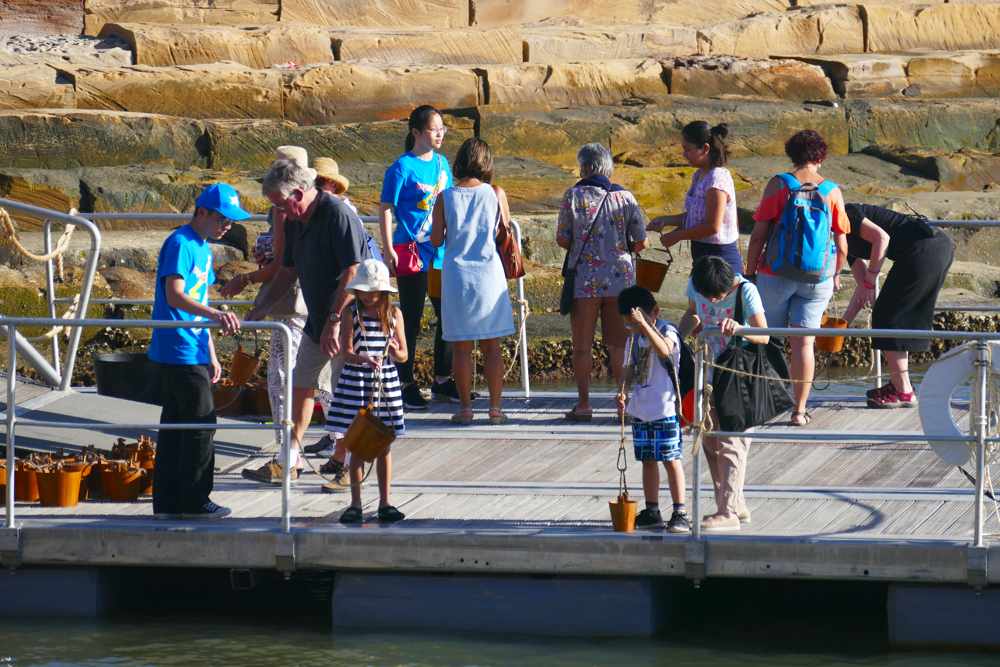 You gather water at Nawi Cove in a bucket. 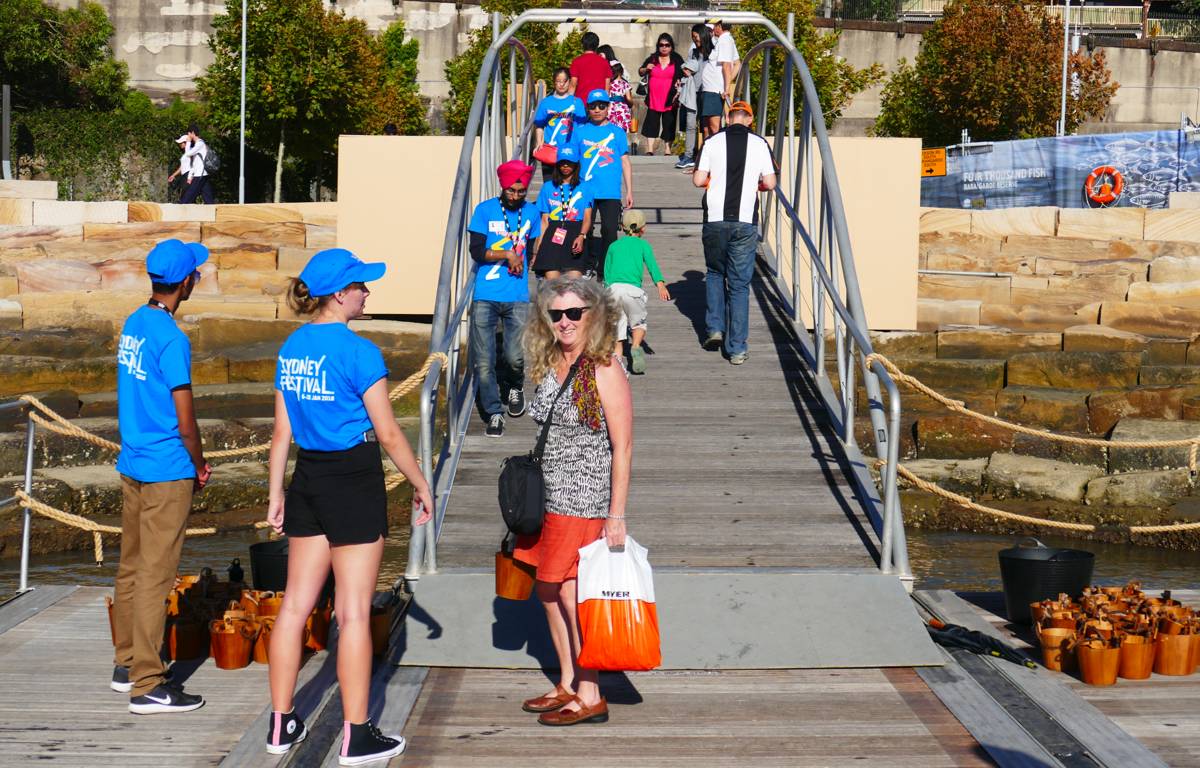 You then walk into a vast concrete edifice, pour the water into a mould with Lille Madden’s Sea Song playing, carry it into a refrigerated container and gather one, already frozen from another container, put it in your bucket and walk back to the cove. 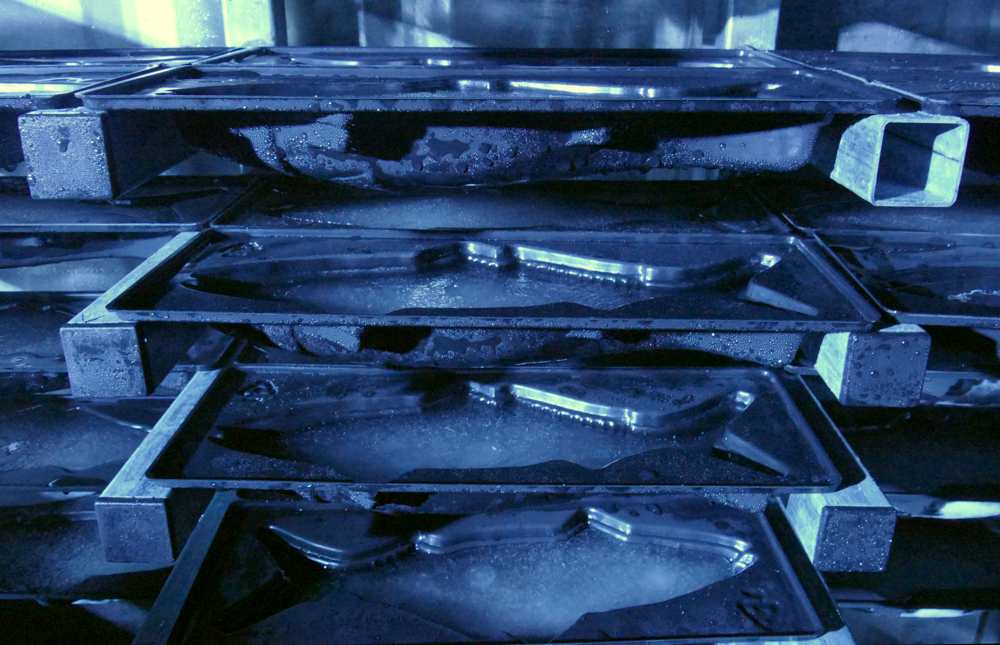 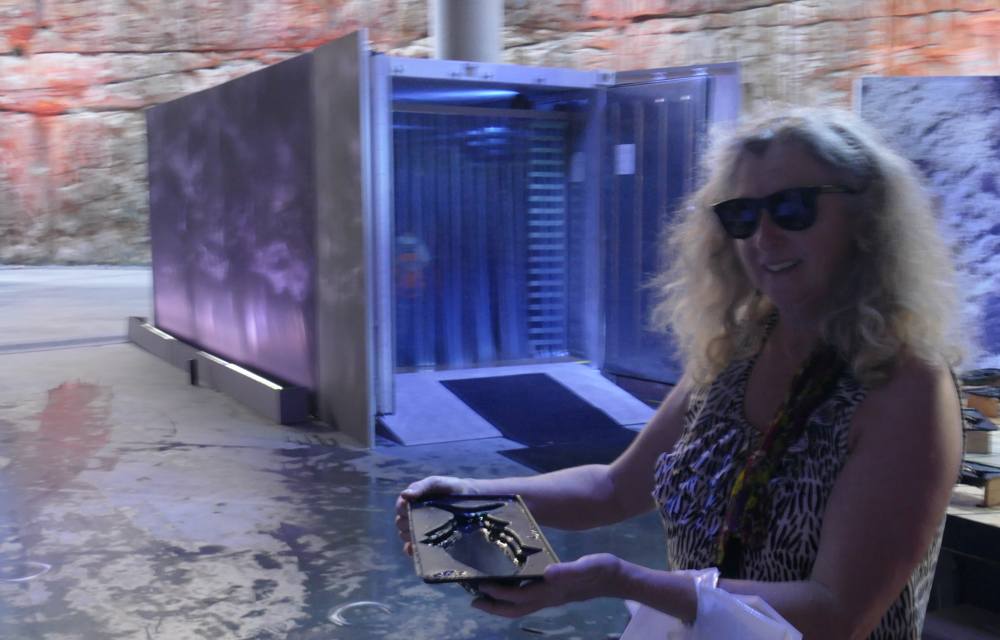 You place the fish in a large coolamon (wooden container) placed inside a beautifully constructed canoe (nawi). You can sit there and listen to oral history from Stephen and Phyllis two elders. 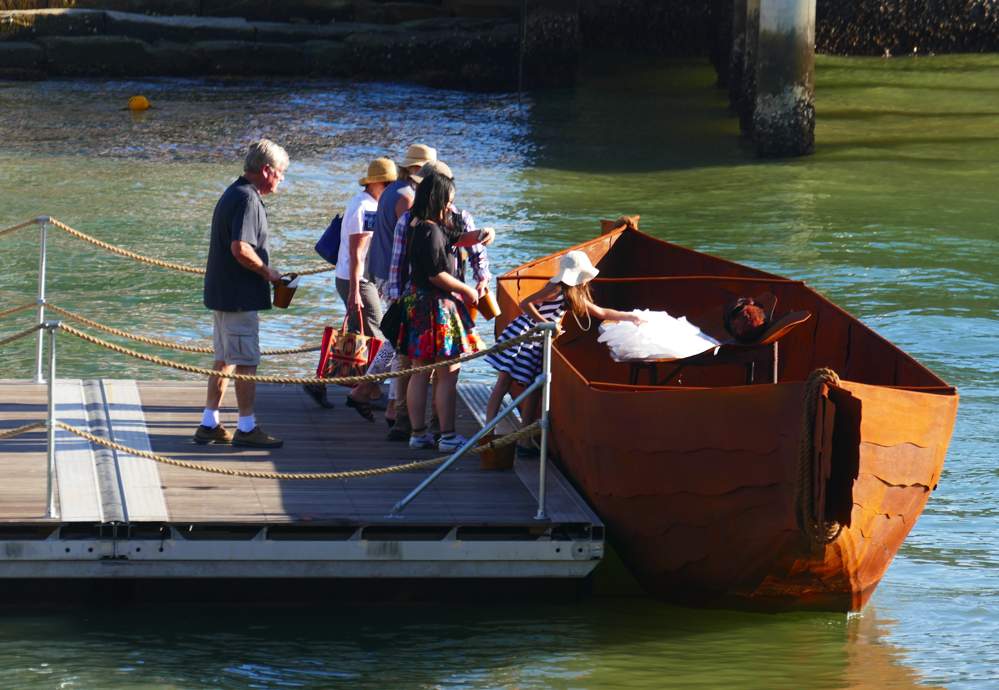 The Colonists disrupted the delicate ecosystem that Aboriginal fisherwomen had preserved for millennia, and I enjoyed Emily McDaniel’s project symbolically returning four thousand fish to Warrane. She is of the Kalari clan from the Wiradjuri, central west New South Wales.

Her project draws attention to both the Aboriginal displacement and the issues of environmental sustainability. 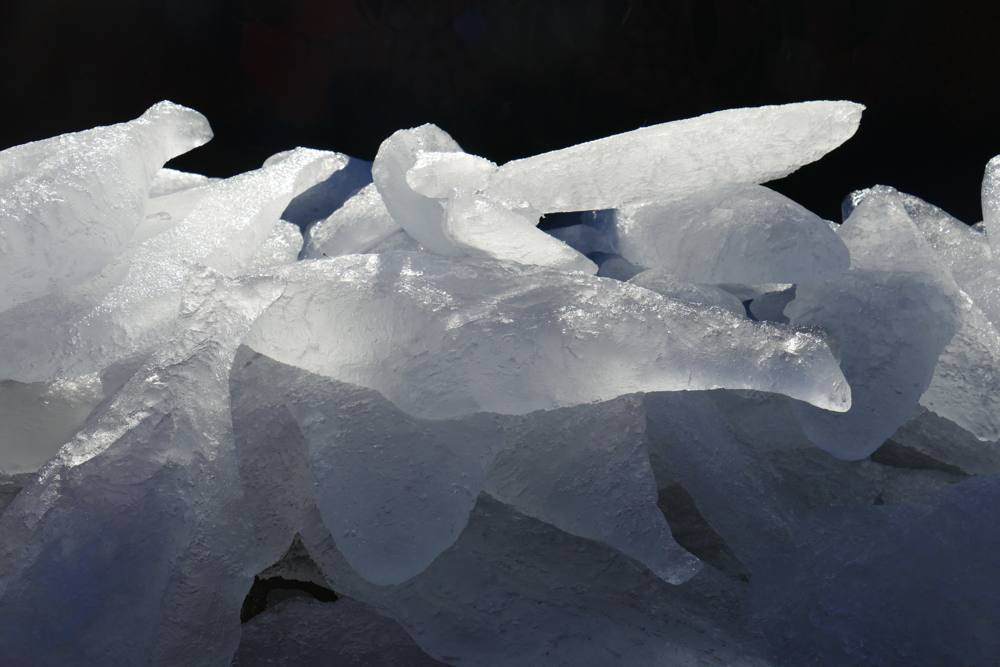 I particularly enjoyed seeing the multicultural response – but . . . 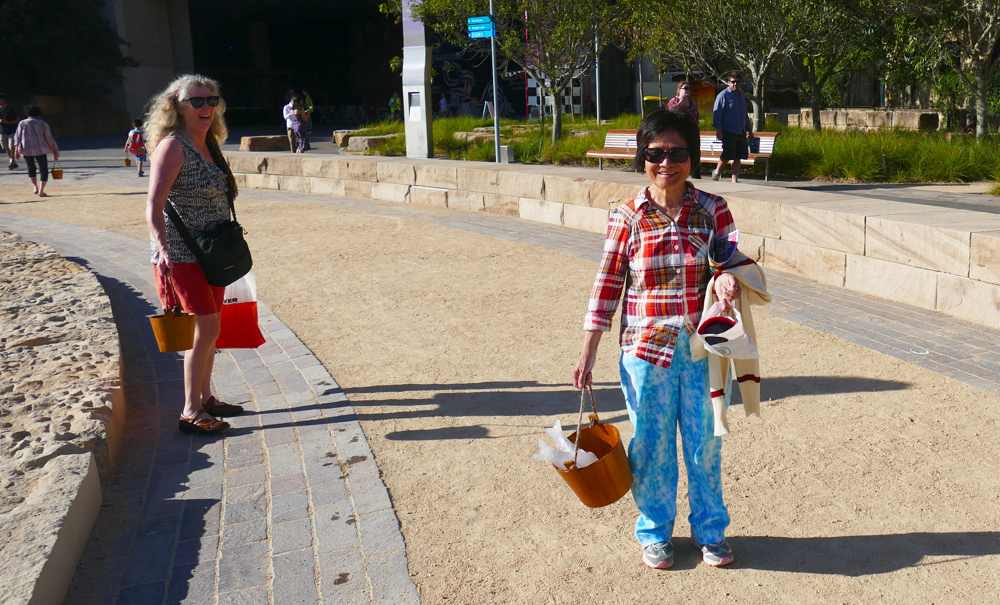 was concerned about the sustainability of two large refrigerated containers going night and day. 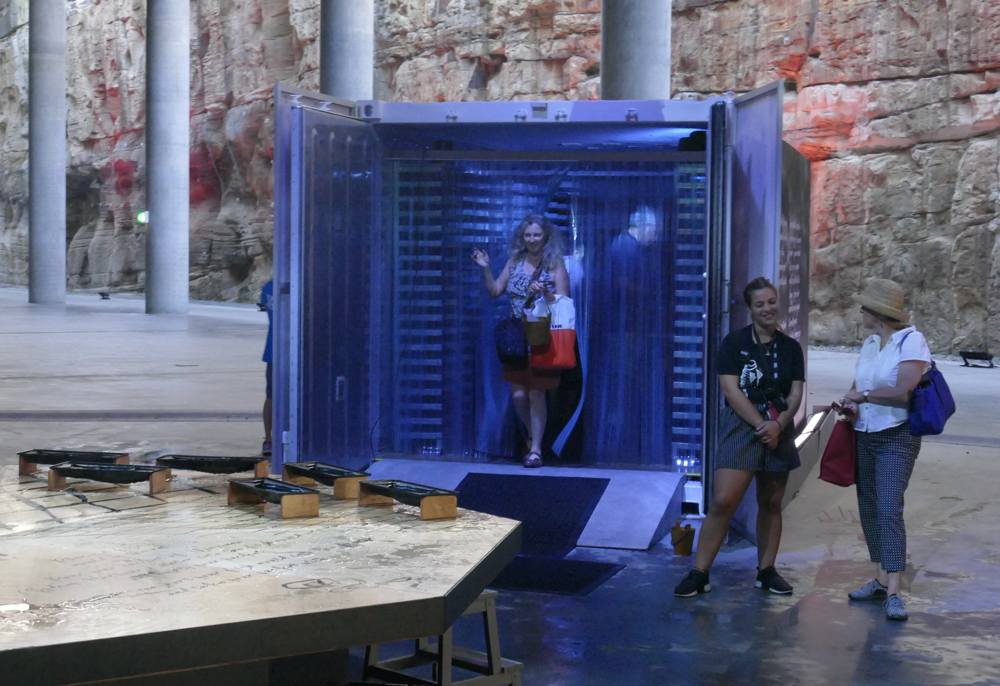