Death and the image

I thought of taking a camera to record dad’s last journey. Instead, I wrote about it, kept a poetic diary, a documentary poetics. I didn’t think he would want to be recorded in such a feeble state after his stroke. He was never interested in art.

Early depictions of Jesus did not focus on pain or death, preferring positive messages of resurrection, heaven and faith. In the Late Middle Ages, intense and realistic representations of suffering became widespread, for example the crucifixion came to be emphasised.

In his ‘Goethe’s Elective Affinities’ (1809 -1922), Walter Benjamin sees Ottilie, the beautiful young woman in Goethe’s novella, as a pre-photographic image. She starves herself to death and is interred in a glass-covered coffin so that her appearance will live on. Since then photography has been invented and associated with death.

The Victorians photographed their dead as if alive, to keep their memory living. Mum says she has lost dad’s presence in the flat after a few days. I use poetry.

“Photography is a kind of primitive theater, a kind of Tableau Vivant, a figuration of the motionless and made-up face beneath which we see the dead.”Roland Barthes, Camera Lucida.

Bill Viola filmed his mother as she lay dying in a coma in 1991.

And now the news flounders in death and producers have to decide what to broadcast to the public.

One of the most famous images of death is The Falling Soldier (‘Loyalist Militiaman at the Moment of Death, Cerro Muriano, September 5, 1936’) by Robert Capa. 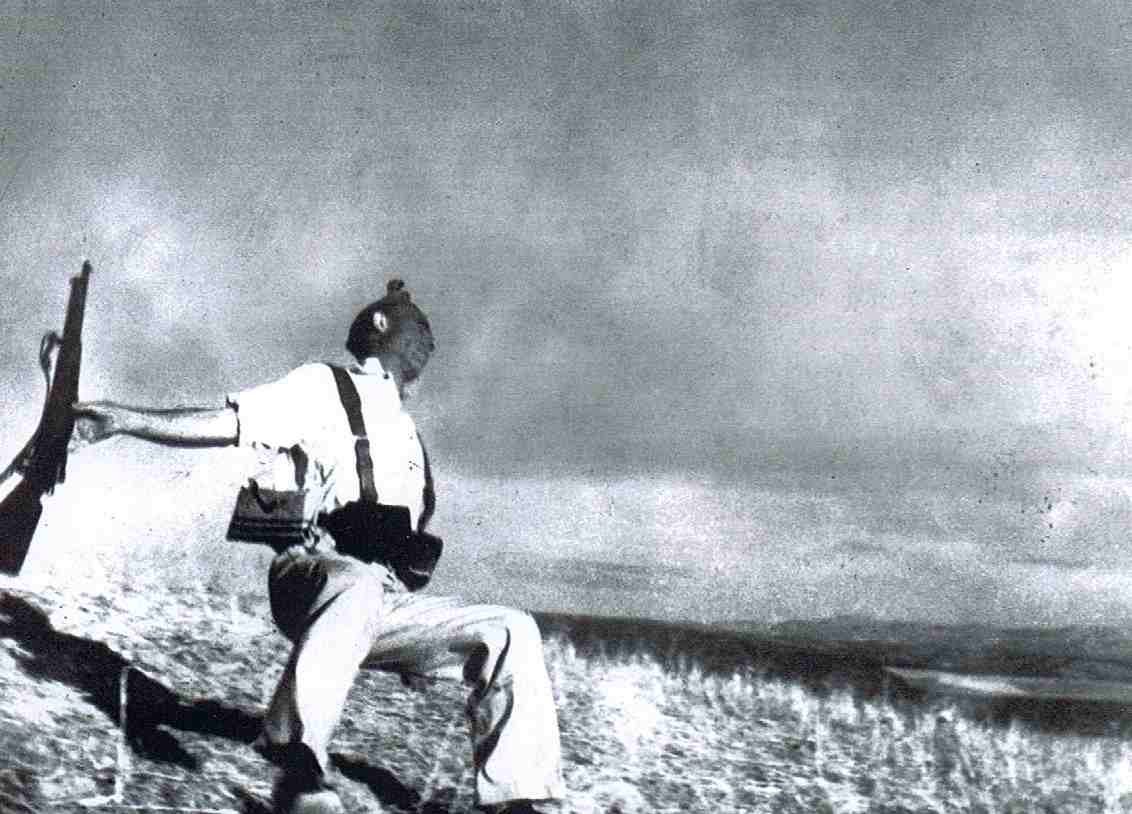 “Assorted doubting voices have long been raised, disbelieving that Capa could have been in exactly the right place for exactly this moment. However, heavyweight research completed recently in Spain appears to confirm that a certain Federico Borrell Garcia was indeed killed outside Cordoba in the skirmish in question, and that Capa was indeed able to witness his death. So that should have been that. The world’s most famous war photograph should have been what it seemed to be. . . . It now seems possible that Capa was deliberately posing the loyalist militia on the day in question. But while asking Garcia to stand before him and appear indomitable, Capa managed to attract the attention of the watching fascists, who shot Garcia as Capa was posing him. Which is why his camera was so preternaturally ready. The true story could therefore be that Capa himself created the circumstances in which Garcia was killed.” Waldemar Januszczak.