Up just after four I was stunned to see
a fierce white light over the darkling ocean.
Venus is back, has been cloud-cloaked
since she first reappeared in the East.

On my way to see her naked I turn right
onto the dirt road, pass a young male
still as a statue, saw him late,
if the kangaroo had jumped . . .

A blur of a sandy coloured crab
under my foot slips into its den.

The tide rides high, the mouth opens wide,
sweeps around south in a generous curve,
hard to believe that a bulldozer had to
excavate a tight channel to free her. 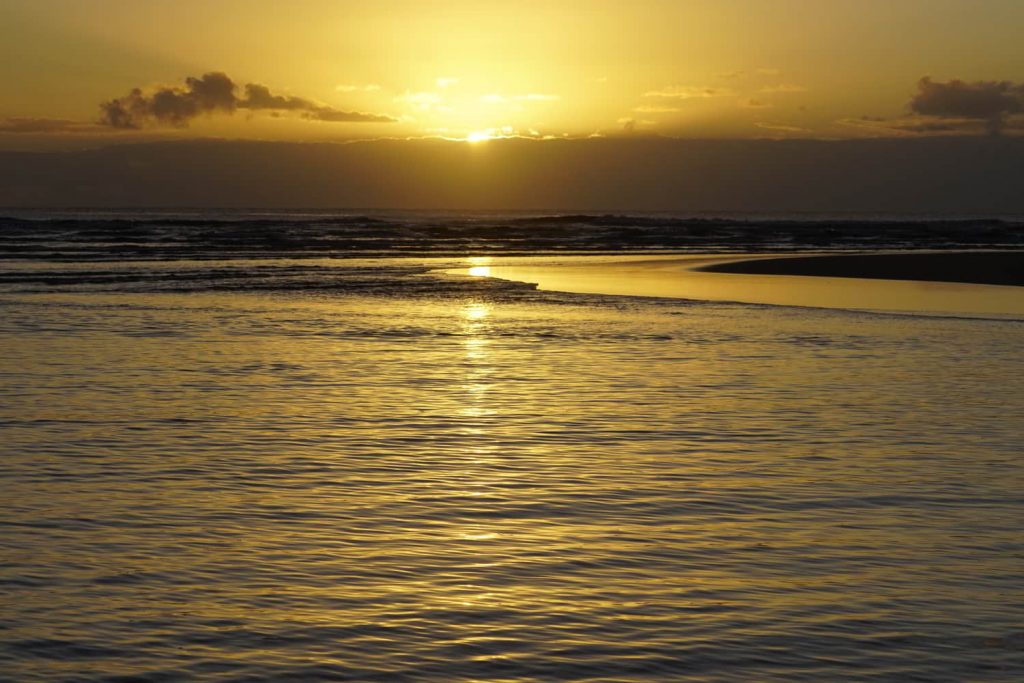 Attention fans out, the lagoon is modestly
replenished, I wait for the cormorants,
they are usually so punctual.

Low blue cloud skirts the horizon, but
the eastern sky is bright, behind me
the past waits. The country taps a dark puzzle
the forest is shadow rising from the beach.

Yesterday tore off tears, anger and frustration
and skeletons walked among us.

When I arrived 40 years ago, amnesia was
an epidemic. The anniversary flew the flag,
drank, scoffed lamingtons in back yard barbies
– low key. No mention on the Herald’s front page

trading headlines, ‘Seaplane crashes on beach’,
‘Jiang screams defiance after death sentence’,
‘Troubles over electricity deal and foreign exchange’,
‘Poet among top recipients of Aust honours’.
So much silence was plugged into the circuits.

Despite all the money thrown at Aboriginal health care,
and education, standards of health, of living, of happiness
are often poor, and the levels of incarceration shocking.

It’s a question of cultural sovereignty and cultural health.
High tide approaches, Millba is sliding towards brief stasis.
Where do we go from here? There’s no light to follow.