We have made this garden out of clay, developers

ripped away the topsoil, and tended it for birds

insects and the animals. Patience is needed

to care for the living and learn from the dead,

what seem happy here and what limply sulks. 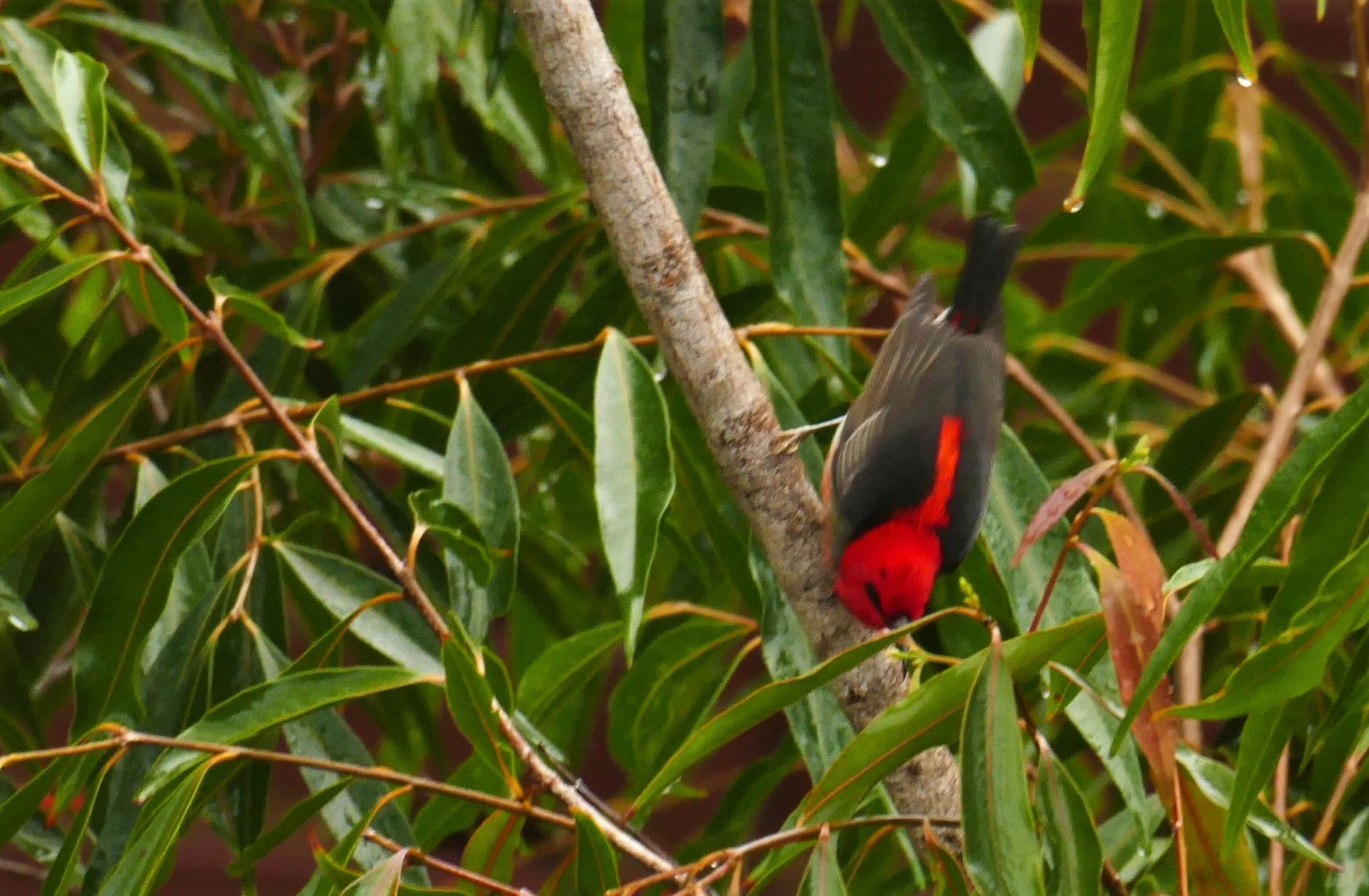 After nine years the Scarlet Honeyeaters,

common in the forest a stone’s-throw away,

have finally found us. Cameras are easy to use

and good equipment. I lack all three being a serious

dilettante in the visual arts, wanting to write,

credulous that language can handle wonder.

‘Could I write like a tree would write, like a river would write, like an air current under a swallow’s wing, the head of a plantain in the south of the field, a sycamore leaf falling to the ground in early autumn?’ Paul Kingsnorth, Savage Gods, Two Dollar Radio, 2019.

The photograph itself is in no way animated (I do not believe in “life like” photographs), but it animates me: this is what creates every adventure. Roland Barthes, Camera Lucida, tr. Richard Howard, Noonday Press, 1981, p20.

Notes on Improvisation (after Sunday's gig