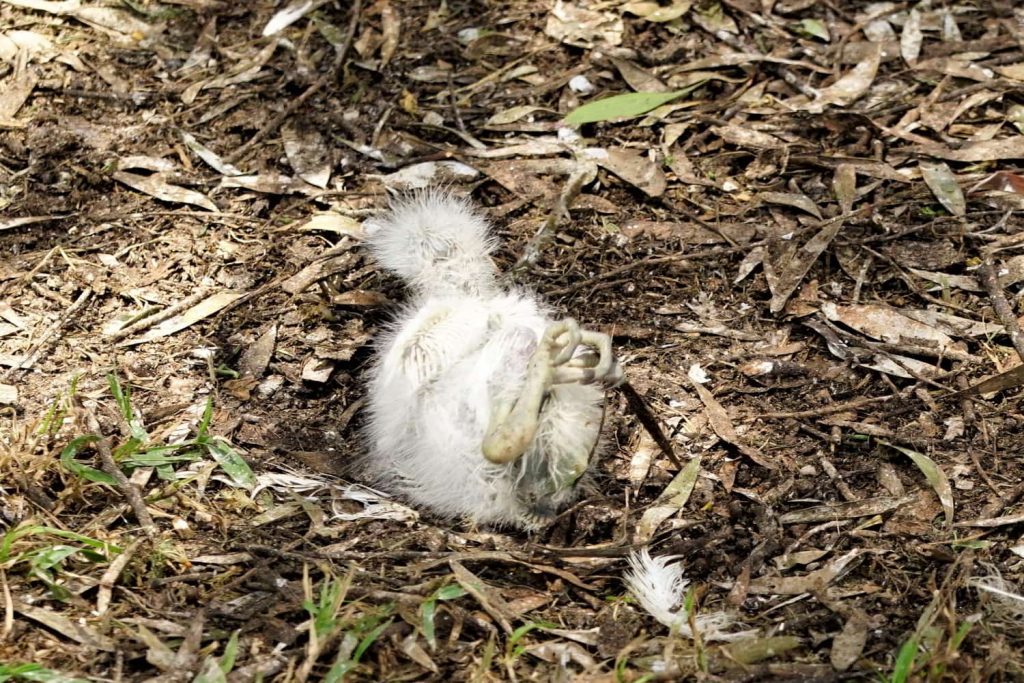 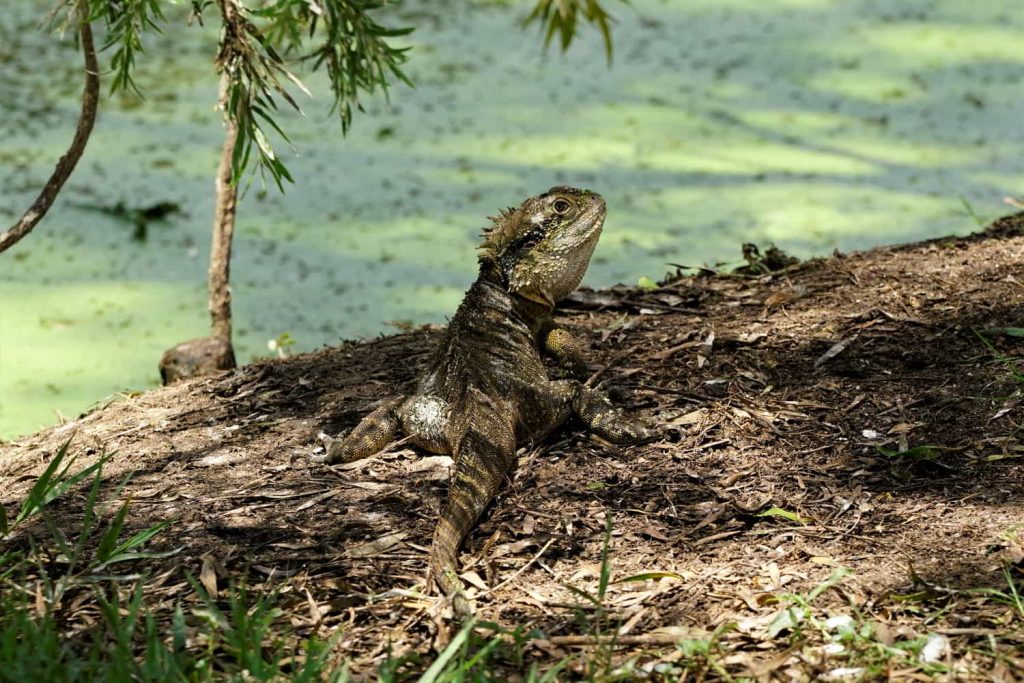 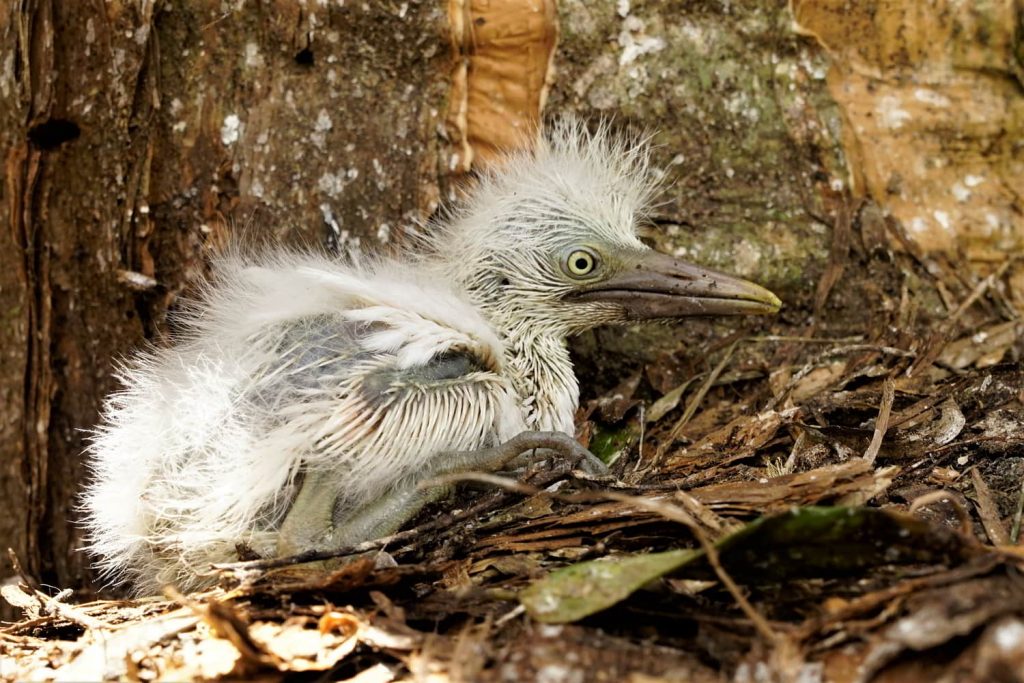 Eastern Water Dragons can be very territorial, but are not aggressive. Best to keep your distance though as they have very sharp claws and a serious bite. This was a large specimen and we worried for a baby Cattle Egret that had fallen out of the nest and was not far away. The top image shows the bird falling over its huge feet as it tried to get away from us. We placed it in a tree, gave it some water and hoped its parents would find it. We rang WIRES and a rescuer was on the way. 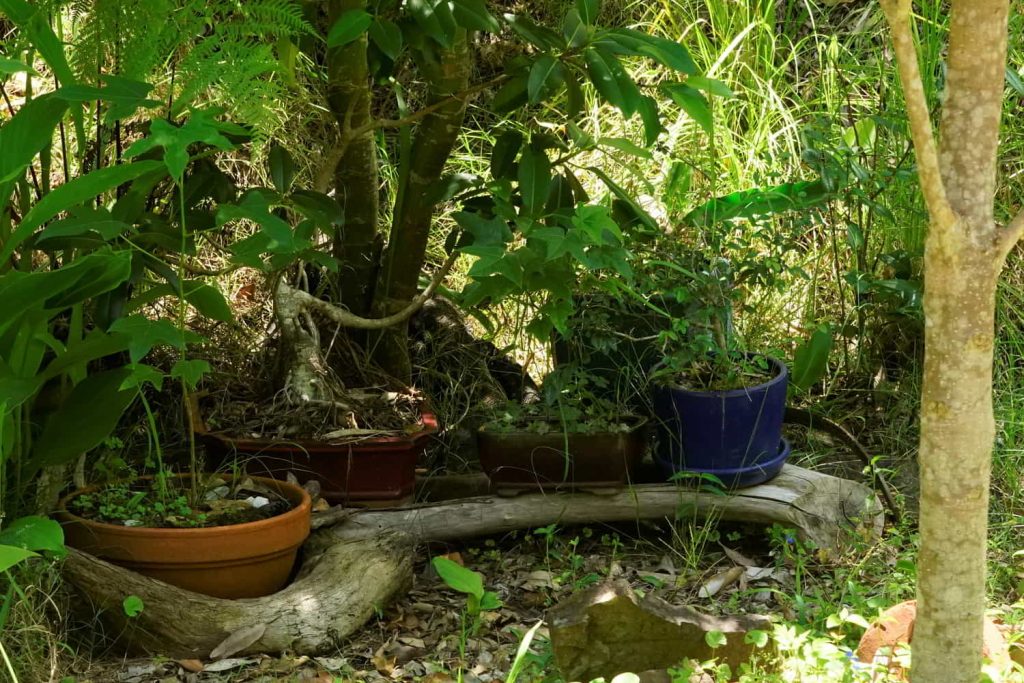 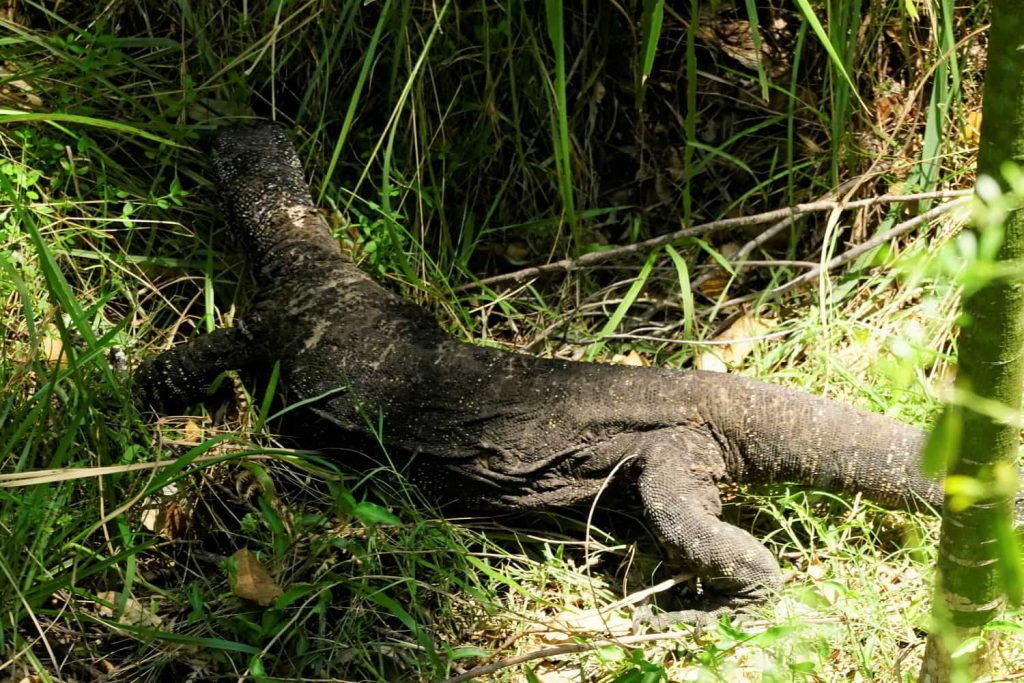 In the top image you can see the Goanna behind our bonsais, (tail by the blue pot).

There are roughly 20 species of Goannas in Australia. They are not aggressive to humans, but will defend themselves with sharp claws, teeth and whipping their tail. This adult was 2 metres long, I didn’t get too close. Our garden has become so dense it was had to keep track of it. 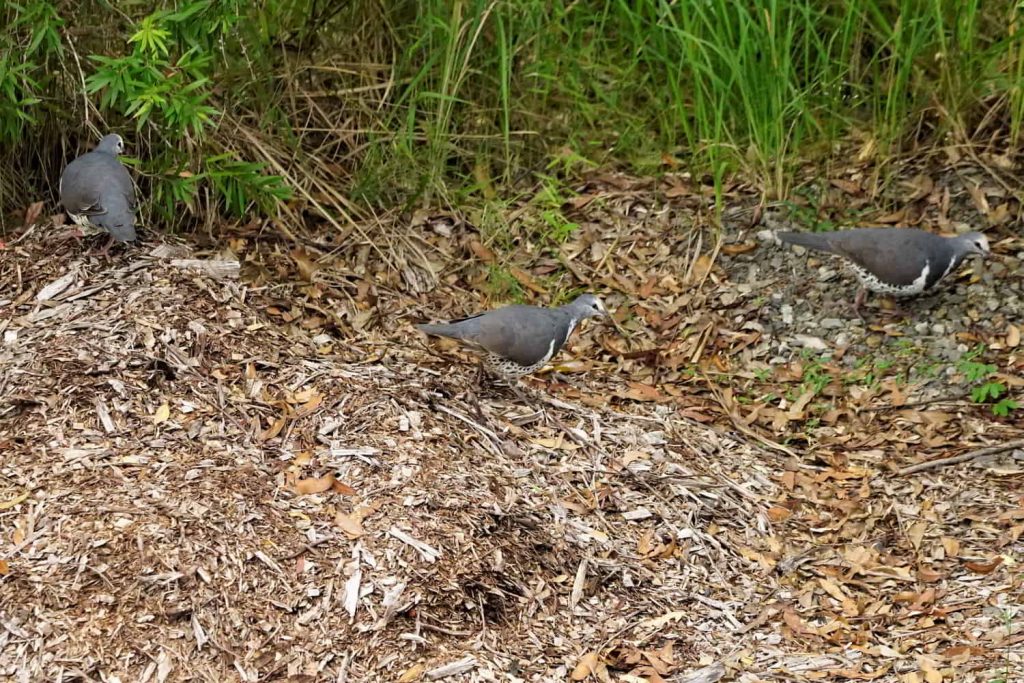 Pigeons and Doves must be one of the least threatening animal families. These Wongas love our driveway. 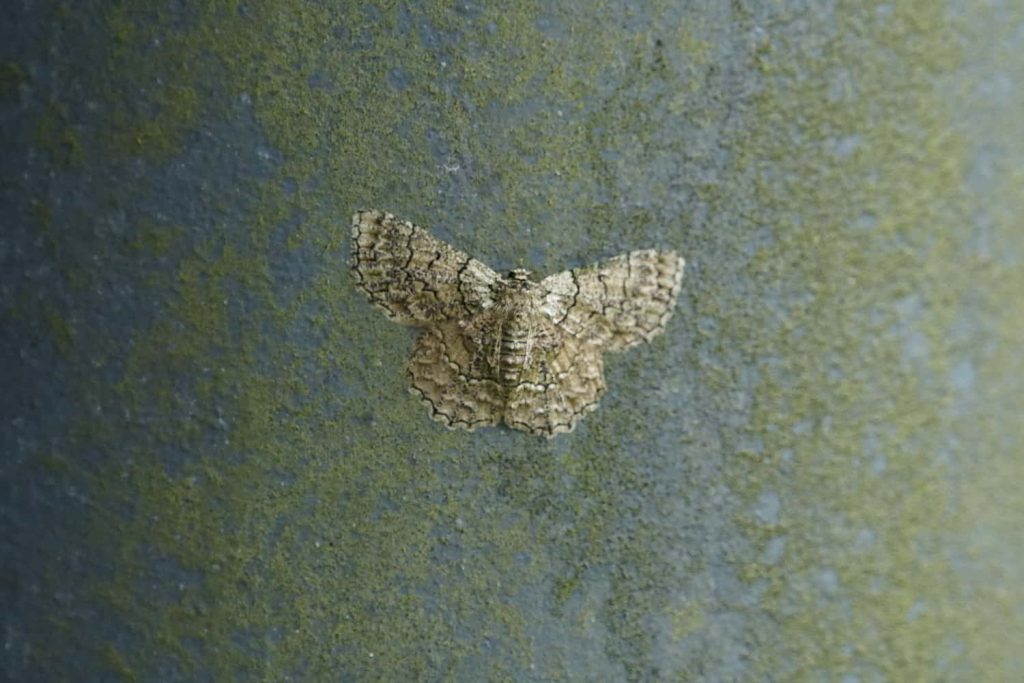 Moths may be harmless, but there are caterpillars here with a very nasty sting. The mottled cup moth caterpillar common in eastern Australia, have a venom made up of 151 separate toxins, according to new research from last year. I have brushed against a similar one in the middle of Sydney and the sore lasted weeks. The Assassin caterpillar (Lonomia obliqua, in the Saturniidae family) kills several people every year in Brazil. 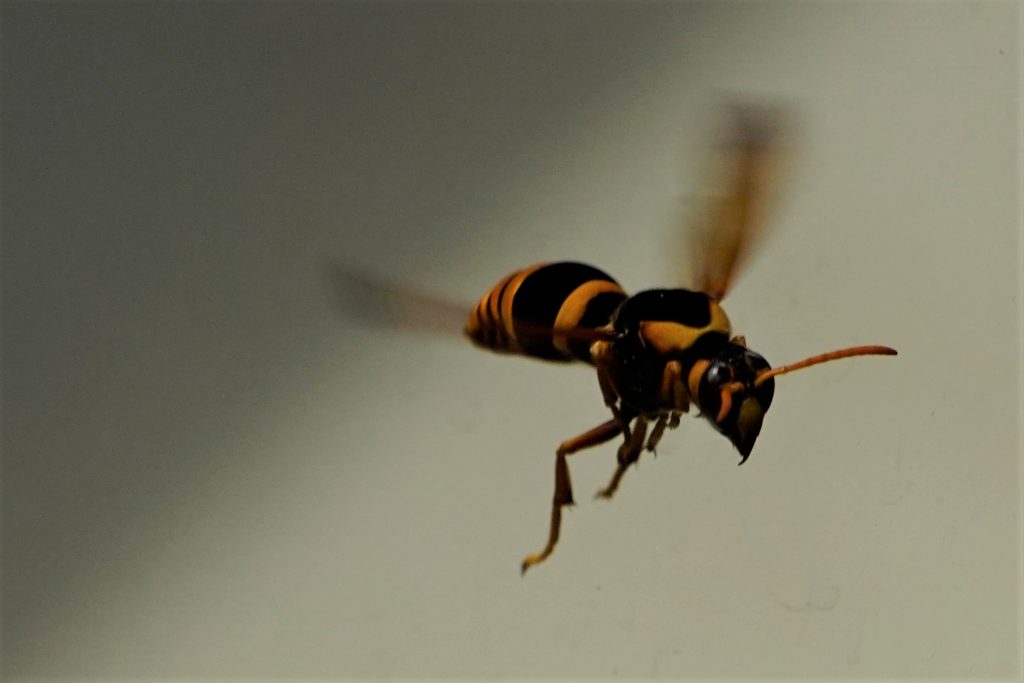 This ferocious looking insect is not a hornet but a Large Mason Wasp (or Large Mud-nest Wasp, Abispa splendida). They are not aggressive and their sting is not very painful. A few have been trying to get into the house the last few weeks.

Green Tree Snake (Common Tree Snake). Placid, bites infrequently and is not venomous. It was sunning itself (the sun has been rare lately) on the top balcony. When I got closer it showed its head then went back to doze when I retreated. 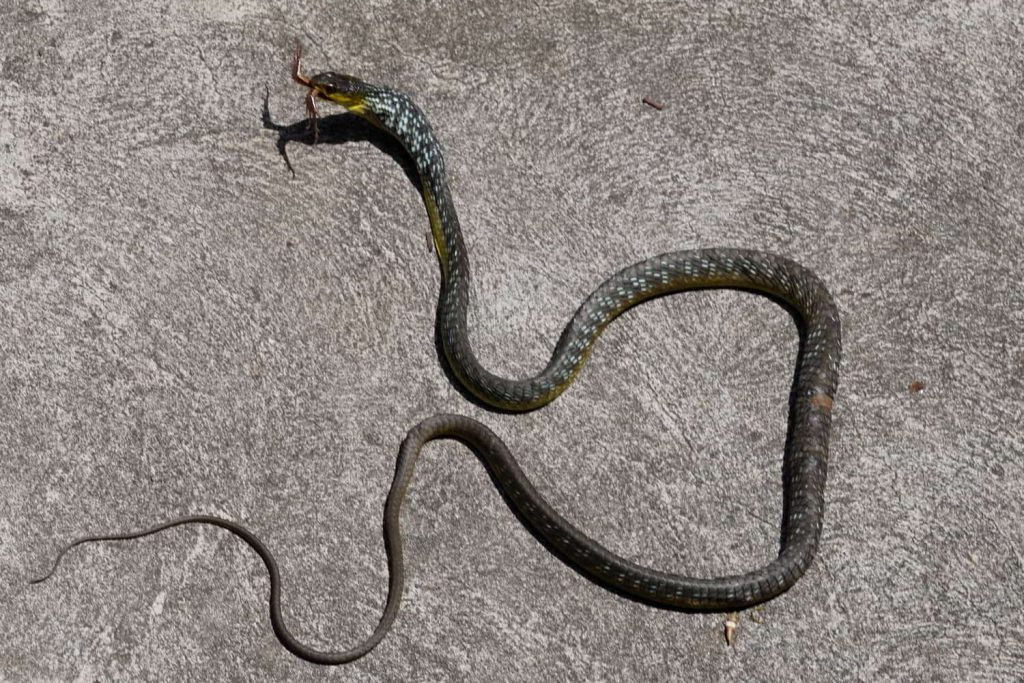 Unusually we saw a second one an hour later by the garage, enjoying a frog. A younger snake, a beautiful blue. 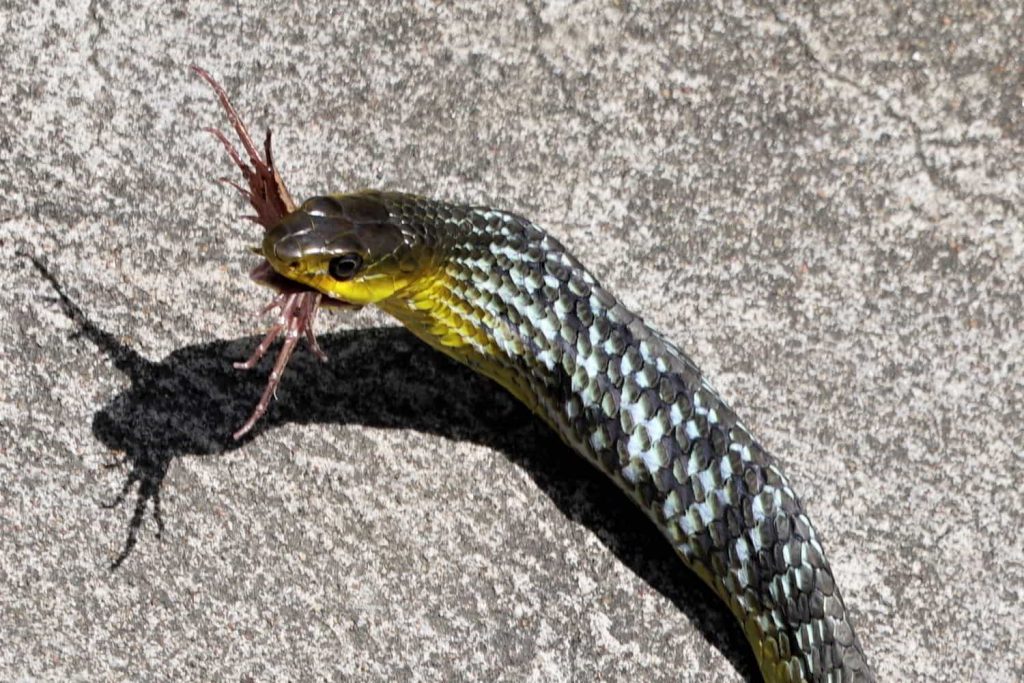 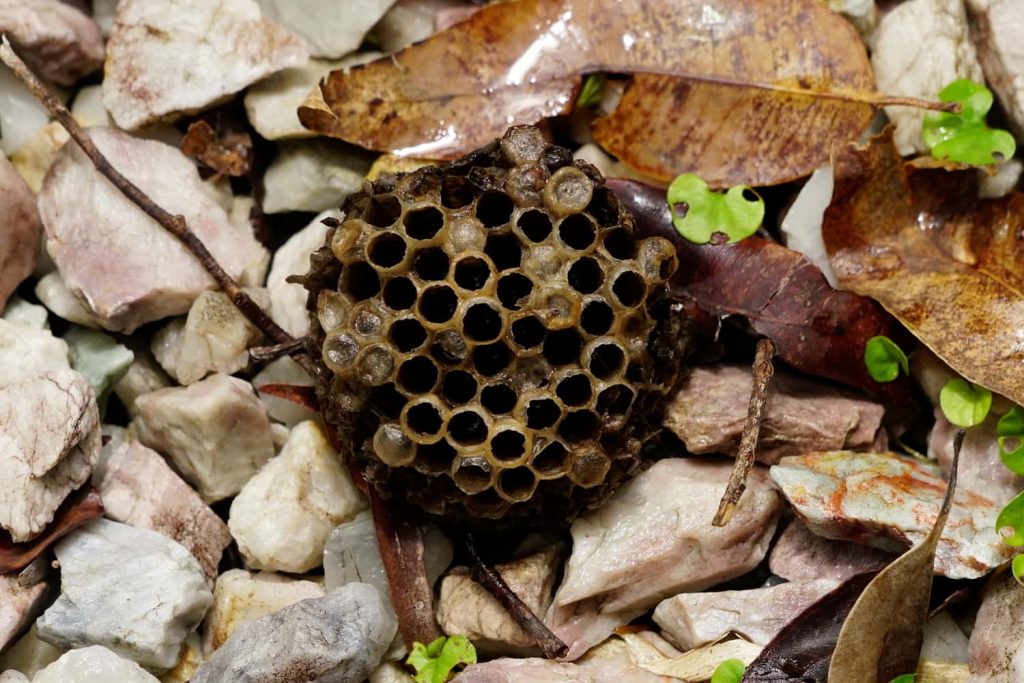 Australia has over thirty species of native paper wasp. They are aggressive if they feel threatened. They built this nest under our seat in the Asian garden, and one of the owners give me a painful sting. I put an ice pack on and in minutes it had eased. But just a few months ago, a nearby friend experienced an anaphylactic shock from a sting. She had to go to hospital, and now has to carry an EpiPen.

Perhaps, the small Paper Wasps we have in our garden could be considered the most dangerous of all these wonderful creatures. Though the most debilitating would be Ross River Virus that infected me 3 years ago, courtesy of the local mosquitoes. (That despite all the rain recently have been very thin on the ground).

The waders have all retreated, 28 jan