What if today is news free, no depressing news just for one day?

The sky pellucid, soft, easy for flight, navigation vulnerable with Helios late. From a few feet away, hidden in a Lily Pilly, a Noisy Friarbird screams at the world, loose clouds float on gently curved bowl of light. There’s always something to see. A whipbird cracks the six O’clock news, more cases in Melbourne, the East Coast vulnerable, prepare your homes for the East coast low – definitely a weakness.

News from Disneyland, schadenfreude for the dancing governor, from here it’s just stats. 60% chance of rain today 1ml, 20-40mls forecast three days ago. Just how much change are we going to have to take? OK no more news. We should focus attention on what’s important. Lime on the burials, lime in the compost. Pick the last of the Sugarsnaps, and some Atherton Raspberries for desert – we have guests coming.

Exercise is abandoned to watch a Wonga Pigeon stroll down the path. They always follow the paths, beautiful, sleek yet fat. I never see them eat, just wander down paths. My fingers hurt, I have just spatchcocked two chickens. Wyn is preparing the baste, the sky is falling into the sea, both a bruised grey. I suggest some music. Put on Marin Marais, his 2nd book for viole (Jordi Savall), too slow for this gloomy Sunday morning, go round to other side of the CD bookcases, emerge with Led Zeppelin III, not played for a long time. I crank up the amplifier, pull up a chair and start listening.

Black night, still there shining
I can’t stop, keep on climbing
Looking for what I knew
Had a friend . . . (Friends)

A sweet melancholy as I think of Simon. He brought this album to school, it took us a while after the heavy rock of the two previous LPs we used to dance to, ‘freak out’ to. He wasn’t a friend, he was head boy, captain of cricket and rugby at both prep and public school, yet a very friendly guy. The only thing I can recall him saying to me was, ‘Good work Bennett’. When I was at the bottom of a scrimmage trying to get my hand on the ball while being trodden on. I was about twelve, the smallest boy in the school, one of two altar boys. Later, he was head prefect and I was one of the ‘bolshy anarchists’.

I am listening carefully, that what he deserves, because he never heard this. A remastered CD on a really good HI Fi with large floor standing speakers, John Bonham’s drums thundering through. We all deserve to make the most of what we can. Maraca work in Bron-Y-Aur Stomp!

I was listening, so the present tense in the para above is poetic licence. Wordsworth’s notion at his beginning that poetry begins as ‘emotion recollected in a state of tranquillity’. I left school and never heard his news for many years – a scholarship to Oxford, leukaemia, dying in the Radcliffe. I’m not sure if he ever reached 20.

July 12 1944 The Theresienstadt Family camp is disbanded, 4,000 people were executed.

and being greeted by a Jewish elder in black suit and top hat.

There is a welcome concert. Outside, an elderly man sells balloons

sun hits the synagogue, in the town-square a band plays light music,

courting couples pack the benches, a school and café, theatre

as children play in a brook beneath trees. This was a model

a building renovated into a concert hall, they had drama and concerts.

People ask, ‘How could you make music?’ We were so weak.

But music was special, like a spell, I would say.

I gave more than 150 concerts there.

There were excellent musicians there, really excellent. [1]

and professional soloists was the greatest challenge in his career.

The hall full with both SS and Jews. Schächter, the soloists, choir

and orchestra were all deported to Auschwitz soon after the concert.

They organised lectures, on such topics as the Jews of Babylon,

the theory of relativity and German humour, created poetry

and art, they were even allowed to worship.

‘Your professional guide will escort you around the entire complex

of the former concentration camp, and provide you with informative

I was dawdling and last to leave, and there was a piano on a stage.

And in came Gideon [klein], saying: ‘Don’t go, I’ll play you something.’

So I sat there, on a wooden bench in the front row. And he played

Chopin’s Etude in C Minor, to an audience of just me – he should

have been playing it in Carnegie Hall, to a large audience.

That was a few months before we took the train together.[3]

One of Germany’s most famous actors and directors, Kurt Gerron

a Jew, directed a film of the theatrics completed in early September

‘The Fuhrer Gives a City to the Jews’. The day had been rehearsed.

I’ve seen the play of the play, the erudite German Commandant

discusses making it real and an actor said, ‘Our nightmares have happened’

Entering the Royal Court we are handed books from the commandant’s library,

he loved Shakespeare. I receive Sophocles’ Women of Trachis  –

There is an ancient proverb people tell

that none can judge the life of any man

for good or bad until that man is dead.

German reverses in the autumn left the ‘spa town’ in disarray

and the Council of Elders powerless to prevent 24,000

being sent to the gas chambers of Auschwitz. The transport

of 16 October was loaded with musicians from the welcome concert:

and the composer Viktor Ullmann.

Here, where one has to overcome matter through form just to

get through another day and where everything of an artistic nature

is in total opposition to the whole environment; this place is

the true master-school (in Schiller’s sense), who sees the secret

which is presumably the mission of the human being in general –

not only the aesthetic human being but the ethical one as well. . .

there is no point in stressing that

it was impossible to play the piano in Theresienstadt

as long as there were no instruments. [i] 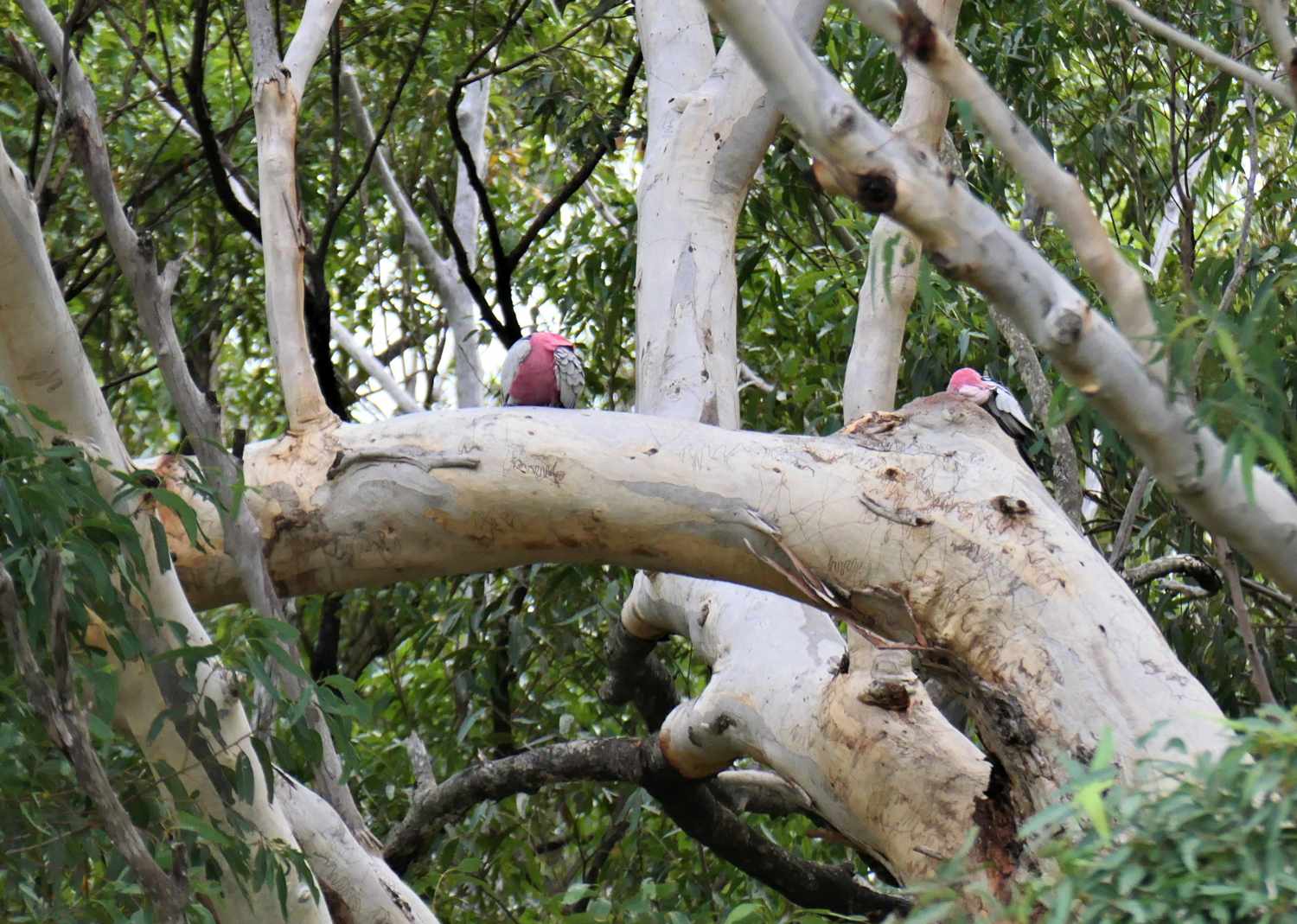 I’m looking up the stats: an estimated 144,000 Jews were dispatched to Theresienstadt, almost a quarter died there, the vast majority were deported to Auschwitz and other camps – am interrupted by birds again, movement in the window, a black bird, a male Satin Bowerbird is scavenging our decoy bower, a young melaleuca shakes, another male, a smaller bird is watching as the bird picks up a blue bottle-top and flies off crow-straight, purposeful flight North West into the forest towards the creek.

The smaller male flutters down and inspects Wyn’s bower, two blue clothes pegs and a yellow hibbertia flower remain, he flies off empty-billed, unimpressed, about to start writing again Wyn pops in, ‘Have you been listening to the Galahs on their nest?’. I had been listening to music. We go outside, the drizzle tires, one bird is in the nest, head poking out, the other struts up and down the Blackbutt bough, very proprietorial then flies off. When they first arrived there was a lot of wing flapping and calling, the female(?) gets out, stands on the bough, thrusts her head into the bole a few times, walks along the bough preens a few then gets back to poking her head into the hole. I can’t see what she’s doing. She joins her mate on a nearby tree then they fly off in synch to the aerial, he shuffles towards her, she loops a 360. They are remarkable.

In WG Sebald’s novel, ‘Austerlitz’, the protagonist called Austerlitz is a Jewish man who has lost his past, being sent to England as a child through the Kindertransporte in 1939. The Kindertransport was an organised rescue effort that took place during the nine months prior to the outbreak of the Second World War. I think back to the post of June 5th. Austerlitz views the Theresienstadt propaganda film hoping to see his mother, ‘I found myself unable to cast my mind back to the ghetto and picture my mother Agàta there at the time. I kept thinking that if only the film could be found I might perhaps be able to see or gain some inkling of what it was really like.’[4] He watches it in slow motion but the people become ‘blurred’.   ‘ . . . despite the hopes I had entertained, I could not see Agâta anywhere, however often I ran the tape and however hard I strained to make her out among those fleeting faces.’[5]

Conditions in the camp were harsh. Potatoes were as valuable as diamonds. I was hungry, scared and sick most of the time. For my eighth birthday, my parents gave me a tiny potato cake with a hint of sugar; for my ninth birthday, an outfit sewn from rags for my doll; and for my tenth birthday, a poem written by my mother. Inge Auerbacher, Theresienstadt survivor. Of the fifteen thousand children who passed through Theresienstadt 90 percent could not survive the war. The Auerbachers lived in Germany near the Black Forest in the village of Kippenheim a home to Jews from the mid-17th C. Early May the Russians arrived liberating Inge and her parents. They immigrated to the United States. centers.[6] 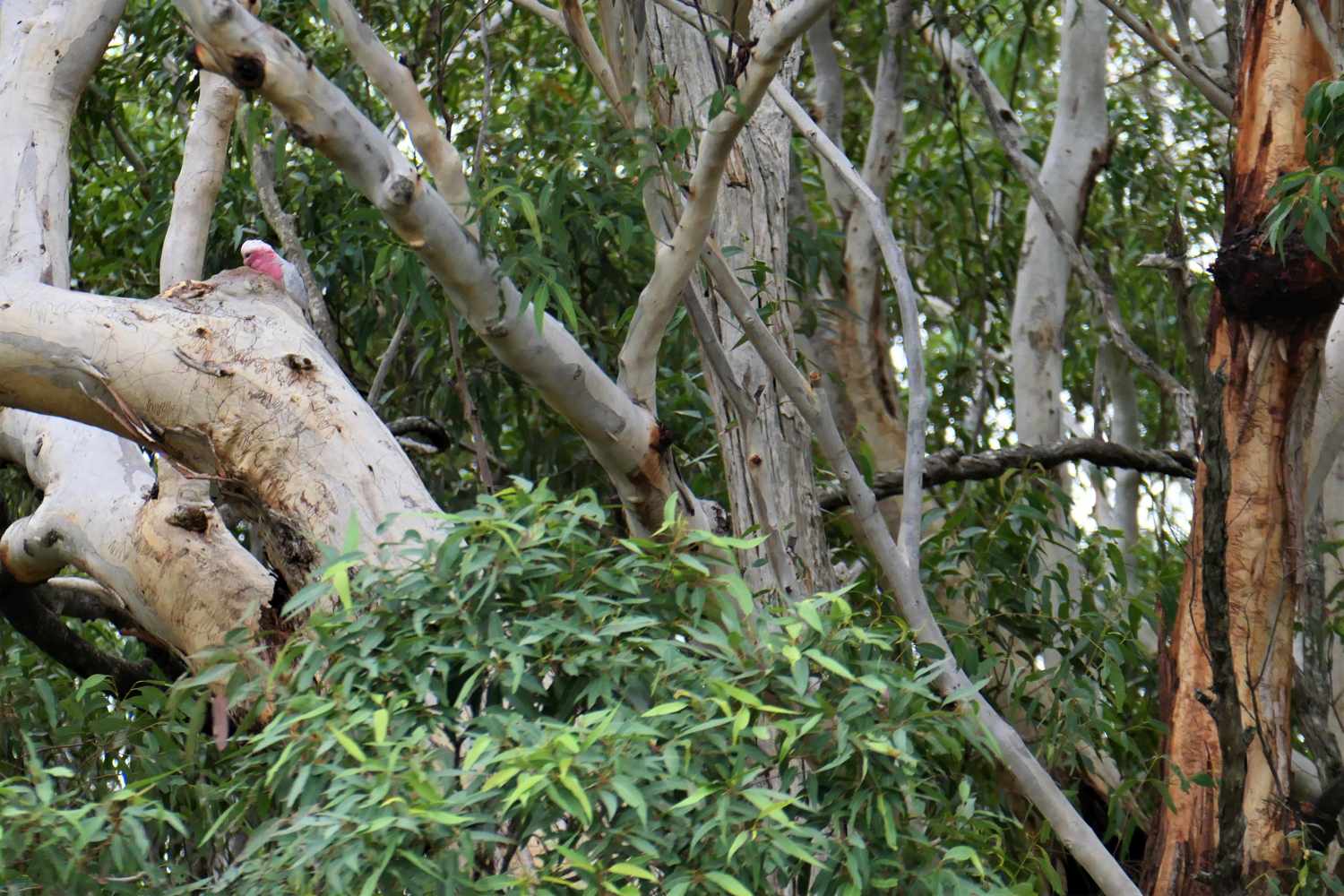 Nature is recuperating as human slow down their mania, the precedents all failed, we are a juggernaut.

One of our luncheon guests works on LifeLine. She is very concerned by the amount of anxiety the lockdown and pandemic is causing in the community. We have not yet seen this for ourselves.

Dubbed Generation COVID, young Australians have been disproportionately impacted by not only pandemic-induced job losses, but also the serious mental health issues that arise when the world shuts down. Even before the pandemic, research showed many young people struggle with loneliness and isolation. [7]

[1] Ullmann’s final diary entry. Alice Herz-Sommer, ‘Life is beautiful’, And despite the tragedy of losing most of her family in the Holocaust, she remains resolutely optimistic, she tells Alan Rusbridger, The Guardian, 13 December, 2006.

[3] Terezín: ‘The music connected us to the lives we had lost’, Ed Vulliamy talks to Anka Bergman, The Observer, 6 April, 2013.

[7] Olivia Willis and Paige Cockburn, ‘How young people are adapting to the challenges of living through a pandemic’, ABC Health & Wellbeing, 13 July

[i] “The Strange Passenger”, http://www.interdisciplinary.neu.edu/terezin/place/words.html