The secret is tall timber flexing with vine tracery,
a gleam of gold from an orchid nestled in a tree, scent
from Tick Bush flowers and rubbed off the frilly leaves
of an Aniseed Myrtle you have cooked with (though
we warn of two species very similar, one is poisonous).

Saw two goannas and that’s as it should be
but neither were caught, hit on the head
with a hafted axe-head of heavy Greywacke
and fed to the fire for a feed.

We sit outside a hand-made mud-brick home (my nostalgia)
with honey biscuits and ginger beer discussing a mind map
of my book on natural aesthetics, my notion of evolution
as cumulative bricolage and separation of techne from technology
and how, if everything is interrelated and dynamic,
it’s impossible to force a linear structure.

A procession of birds skip into the bird bath:
Rufous Fantails, Yellow-throated Scrubwrens,
thornbills and honeyeaters, such intimacy,
like some kind of marriage, is swimming against the tide.
A large funnel web presented to us, caught in-house
with its magic potion, will be released (only one known fatality).

We walk back down with your gifts, Swamp Orchids stems
to be cut and laid on potting mix to sprout and Elkhorns
culled from a fallen tree struck by lightning.
The hillside is full of trees queuing up for old growth,
drops of rain, glimpse of salmon pink polish
through a wallpaper peel of Blue Gum.

I’m breathing heavily from the humidity or gradient,
levels of fitness, ecology coming after evolution – of course,
everything does! I was talking of the process as my religion
in terms of metaphysics and sense of reverence
without the social solidarity of Durkheim’s defence.

What are the essentials once considered luxuries?
Music, chocolate, an indoor loo, diagrams with printed instructions,
a wireless connection with a slavery connect, clean water?
Chocolate naturally and a pen as I scribble this on the back
of some cardboard packaging from last week’s birthday.

~
Postscript: I sent the poem to Ross the next day who suggested that I add
Brush Turkey mound to the list of essentials.

Driving to the Island (Toraigh Island) 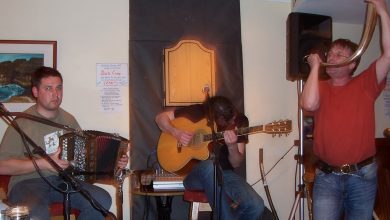 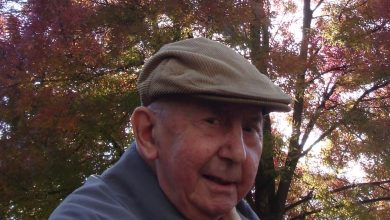 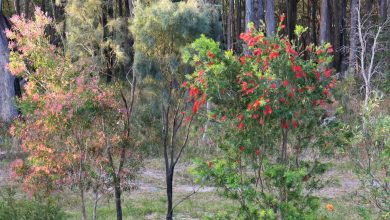 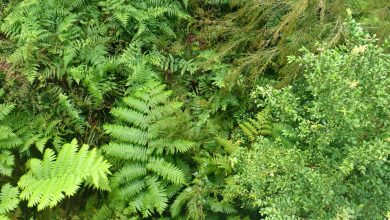