I wish Ignaz Semmelweis was better known. He was Hungarian, an assistant obstetrics surgeon working in the Vienna General Hospital, became interested in child bed fever (septicemia, blood poisoning caused by a bacterium which enters the birth canal during childbirth). The fever was killing 13% of women giving birth in his hospital, but at a nearby obstetric hospital, run by midwives, only 2% of patients were lost to fever. Its cause was attributed to milk fever, miasma, or cosmic telluric, but in 1847 his close friend, Jakob Kolletschka, cut his finger while doing an autopsy and died of symptoms similar to those of puerperal fever.

He realised that his students had been performing autopsies, whereas the trainee midwives had not. He supposed that the students were carrying something from the autopsies to obstetrics. He instigated the practice of students and physicians washing their hands in a solution of chloride and lime before entering the obstetrics ward. After initial success, this was extended to cleaning all surgical instruments and utensils.

Despite his success in reducing mortality, being a difficult, belligerent man rude to his superiors, they refused to accept his ideas and practices. He angrily left Vienna and worked in Hungary where he taught his antiseptic techniques, 15 years before the famous demonstrations of Lister. In 1857 two of his children died and after all his battles he had a nervous breakdown.

In 1861, he published a book on his findings about how to prevent childbed fever, but it was poorly received. He died in a public insane asylum five years later, at the age of 47, from an infected finger which he cut while doing an autopsy demonstration for his last class. 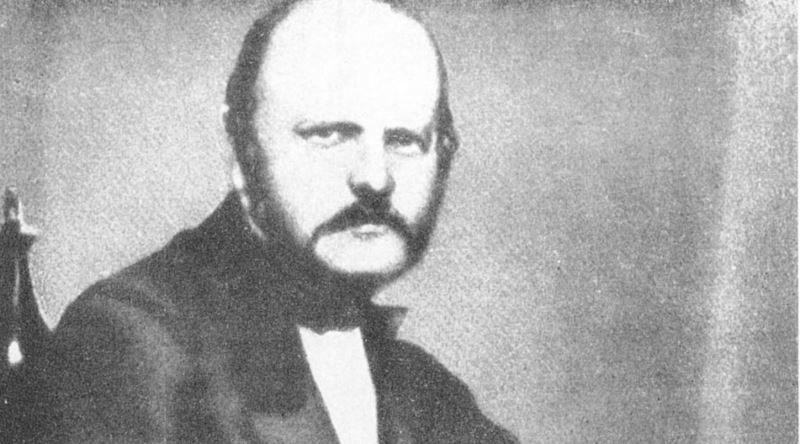 More terrible news - not about COVID-19