Roos in the garden 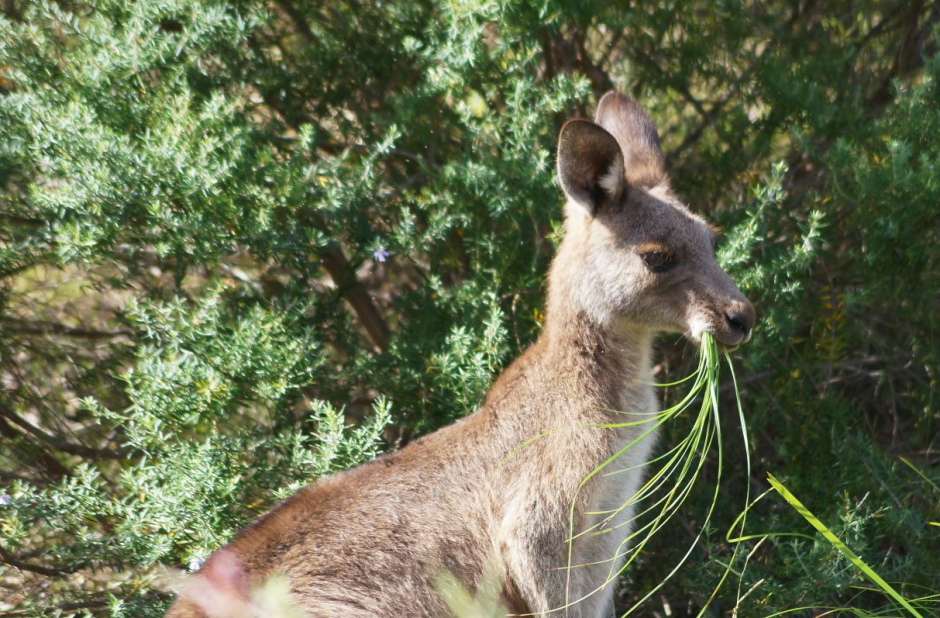 Eighteenth-century thinkers wrestled with human/non-human animal distinctions. Jeremy Bentham asked if animals suffer. We now know they feel (Jeffrey Masson and Susan McCarthy, ‘When Elephants Weep: The Emotional Lives of Animals’, 1995) and realise animals are individuals with unique behaviours and unique skills and personalities, but humans rarely observe them close enough to realise this fact. Desiring clear categories we are disturbed by Chuang Chou dreaming he was a butterfly or a butterfly dreaming he was Chuang Chou.

Kangaroos are emblems of the uniqueness of Australian fauna. I photograph them in our garden, but keep my distance. I recognise some individuals, but they come and go, blur and have no names.

I was deeply moved by Jan Aldenhoven and Glen Carruthers’ documentary ‘Kangaroos – faces in the mob’ (1992). They followed kangaroos for over two years, advised by academics who had researched the large mob for 15 years. They showed that the marsupial’s remarkable reproductive system, often disparaged as primitive, is superbly adapted to Australian conditions. Carruthers explains, “We wanted to do two things: one was the normal in-depth behaviour of kangaroos, the other was in showing the individual differences. The latter is where it became hard.” To depict differences and individualise them, they felt they had to name them but used non-human names. They have been criticised for anthropomorphism and a normative stance, for example when contrasting good and bad mothers, yet, they attempt the animals’ viewpoint and the narration avoids dramatisation and omnipotence.

Garden of the Humble Administrator, Suzhou

Garden or the bush

Garden of the Humble Administrator, Suzhou

Garden or the bush

Palm world in the Anthropocene, near Smoky Cape