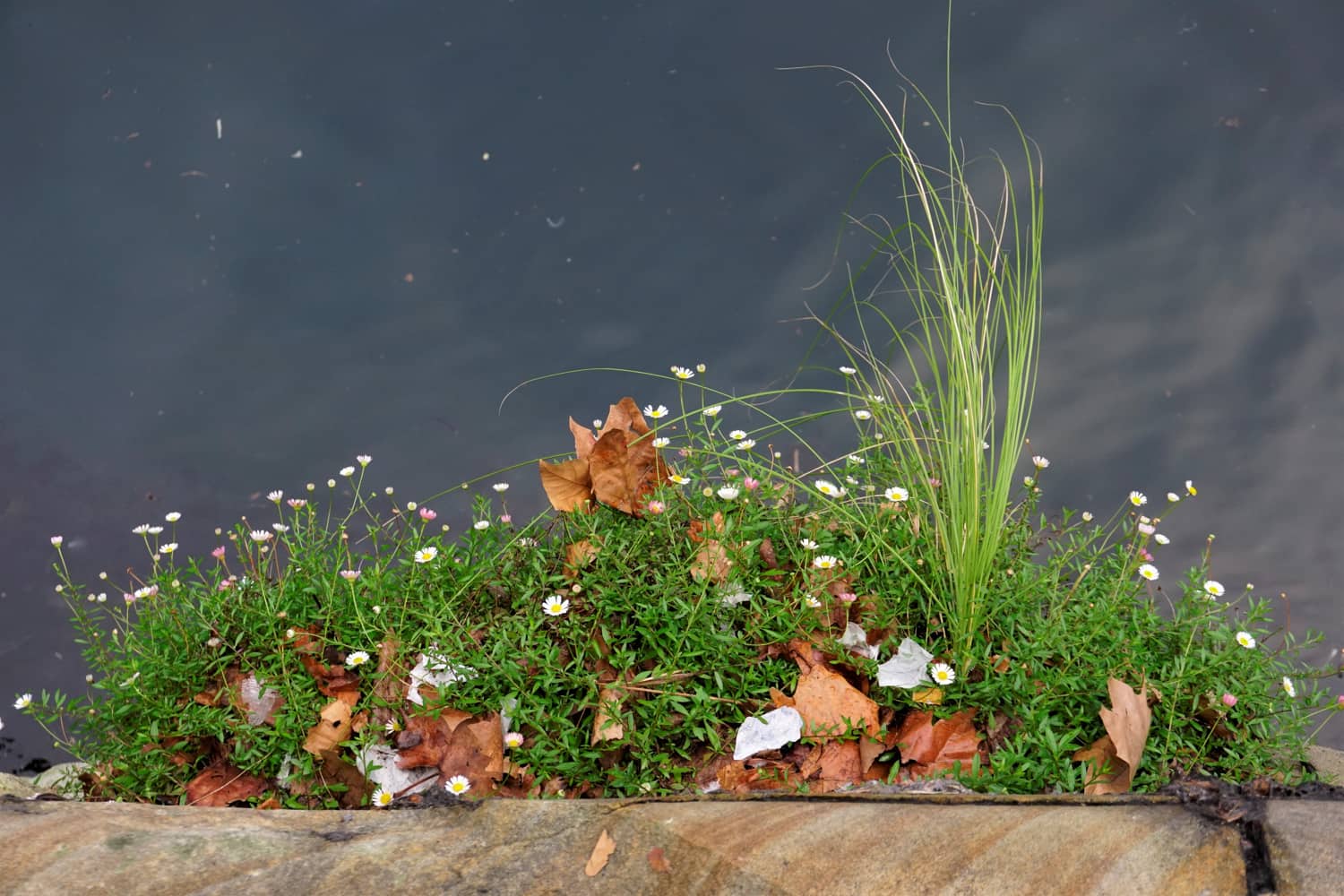 26 January. The British land at Warrane (Sydney Cove), display the colours, fly the flag flown, and take formal possession of the country in the name of King George III. 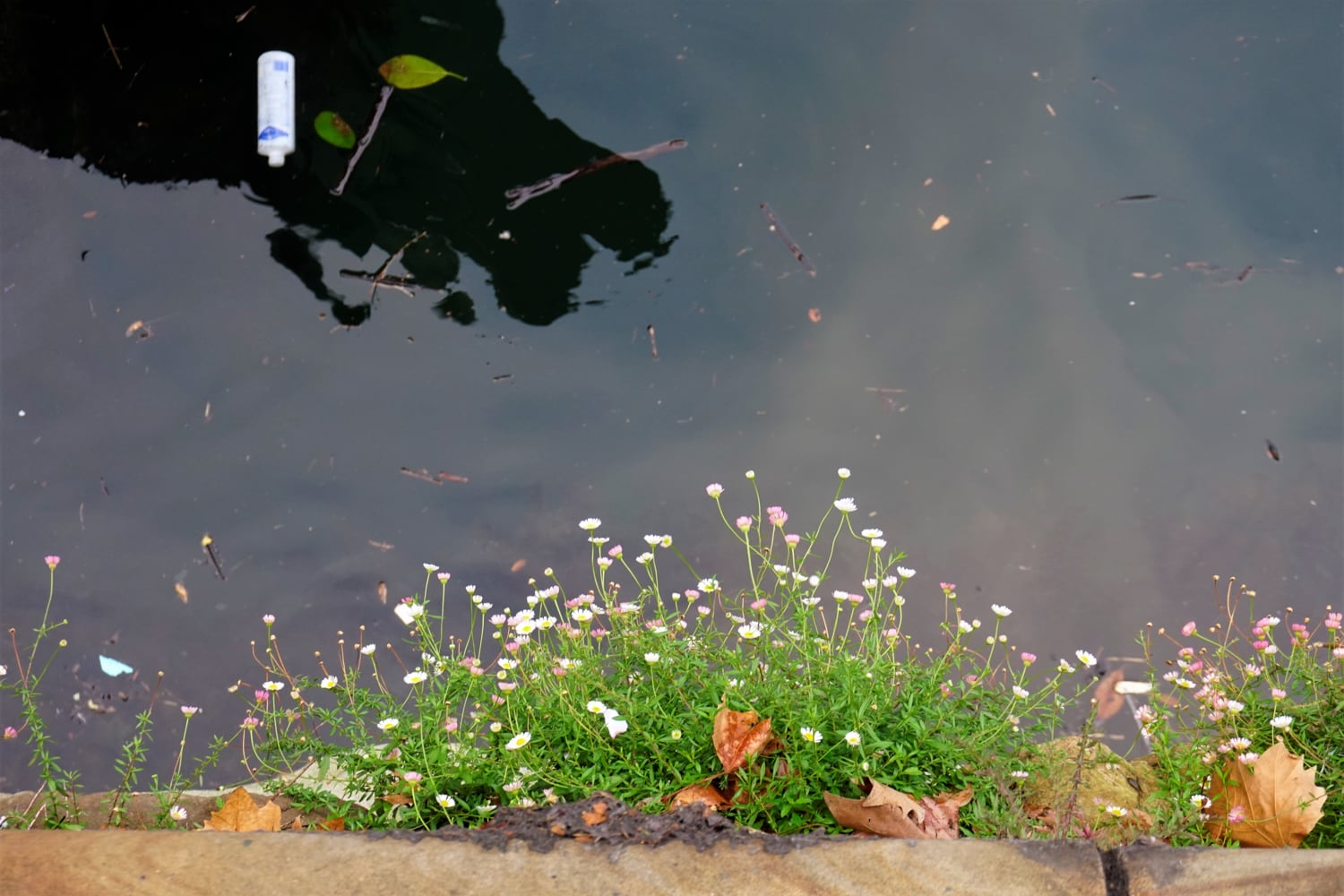 27 January. Sailors from the Sirius with marines and a few male convicts land and start cutting, grubbing and burning down trees and clearing the wet forest, dominated by swamp she-oak (Casuarina glauca) and swamp mahogany (Eucalyptus robusta). [i] Phillip and his staff set up tents on its east side. 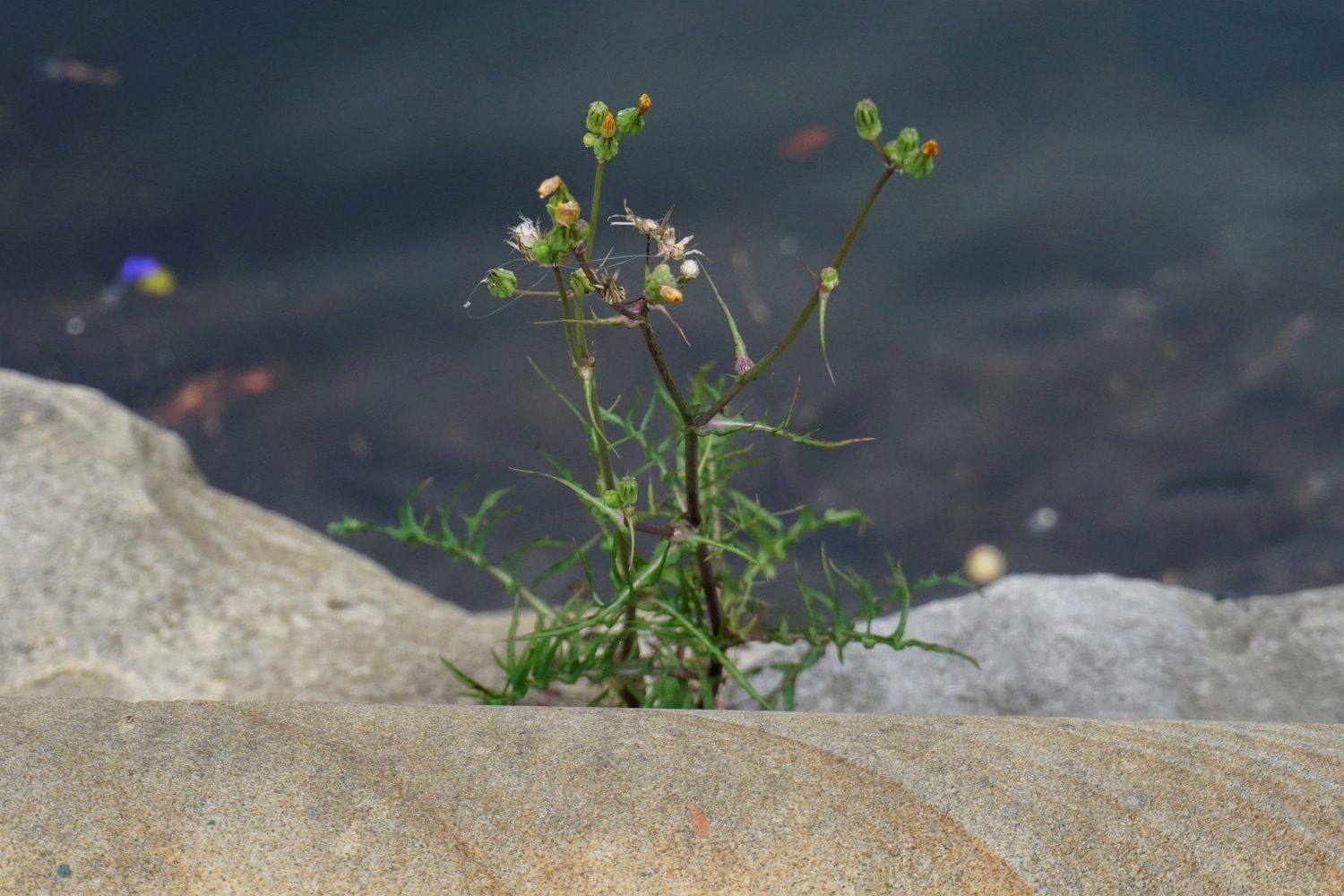 28 January. Enough land had been cleared for setting up a camp for the officer’s guard and male convicts. The British were organized and relentless. 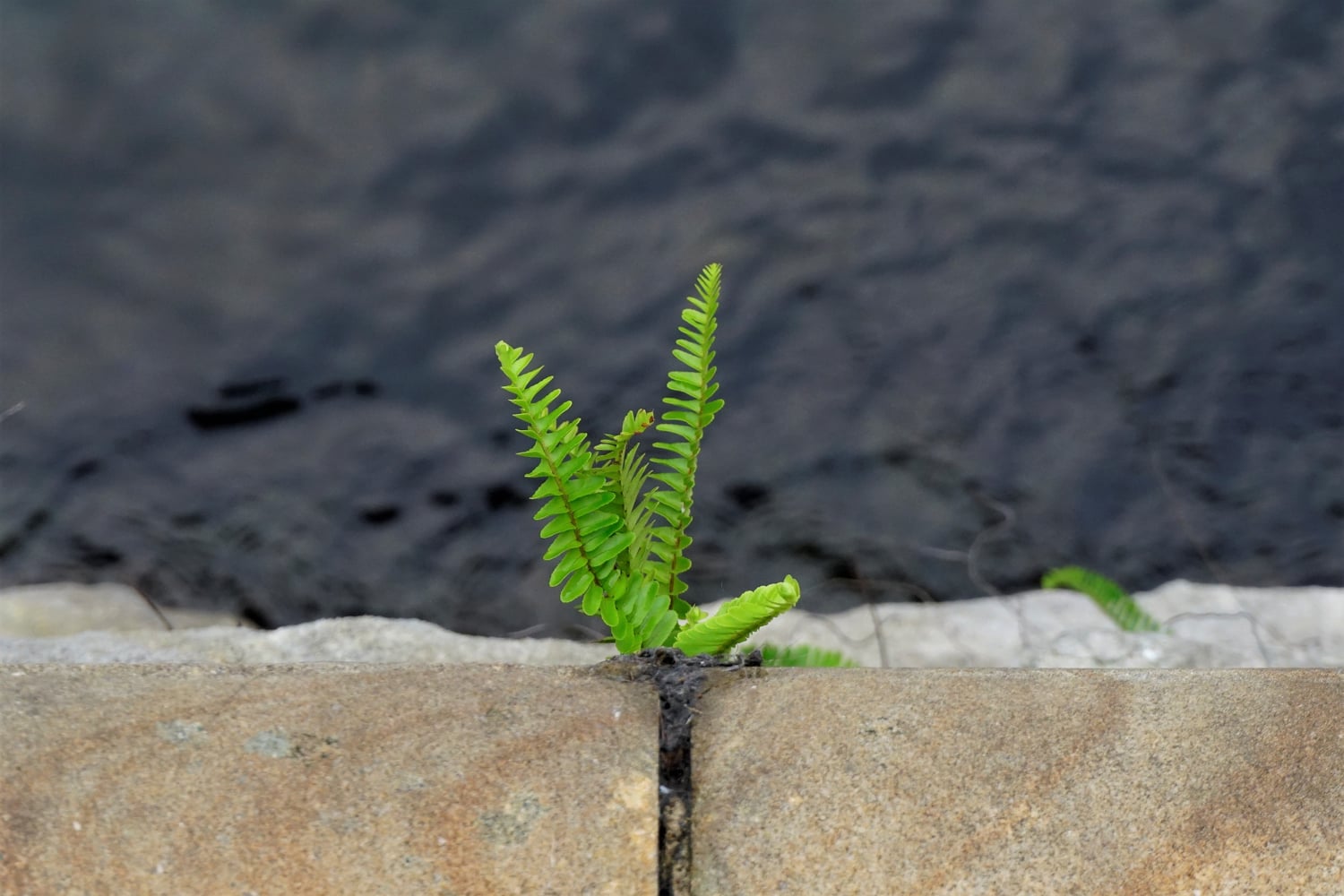 These were the life forms I found on the south eastern corner of the cove. Fleabane, ferns, grasses but mainly, Seaside daisy (Erigeron karvinskianus), originating in southern Mexico and Venezuela. ’An aggressive spreading perennial herb to about 50cm high. Grows vigorously smothering low native ground covers. Highly tolerant of poor dry soils and grows in a wide range of conditions. The plant is able to tolerate high salinity and drought.’[ii] 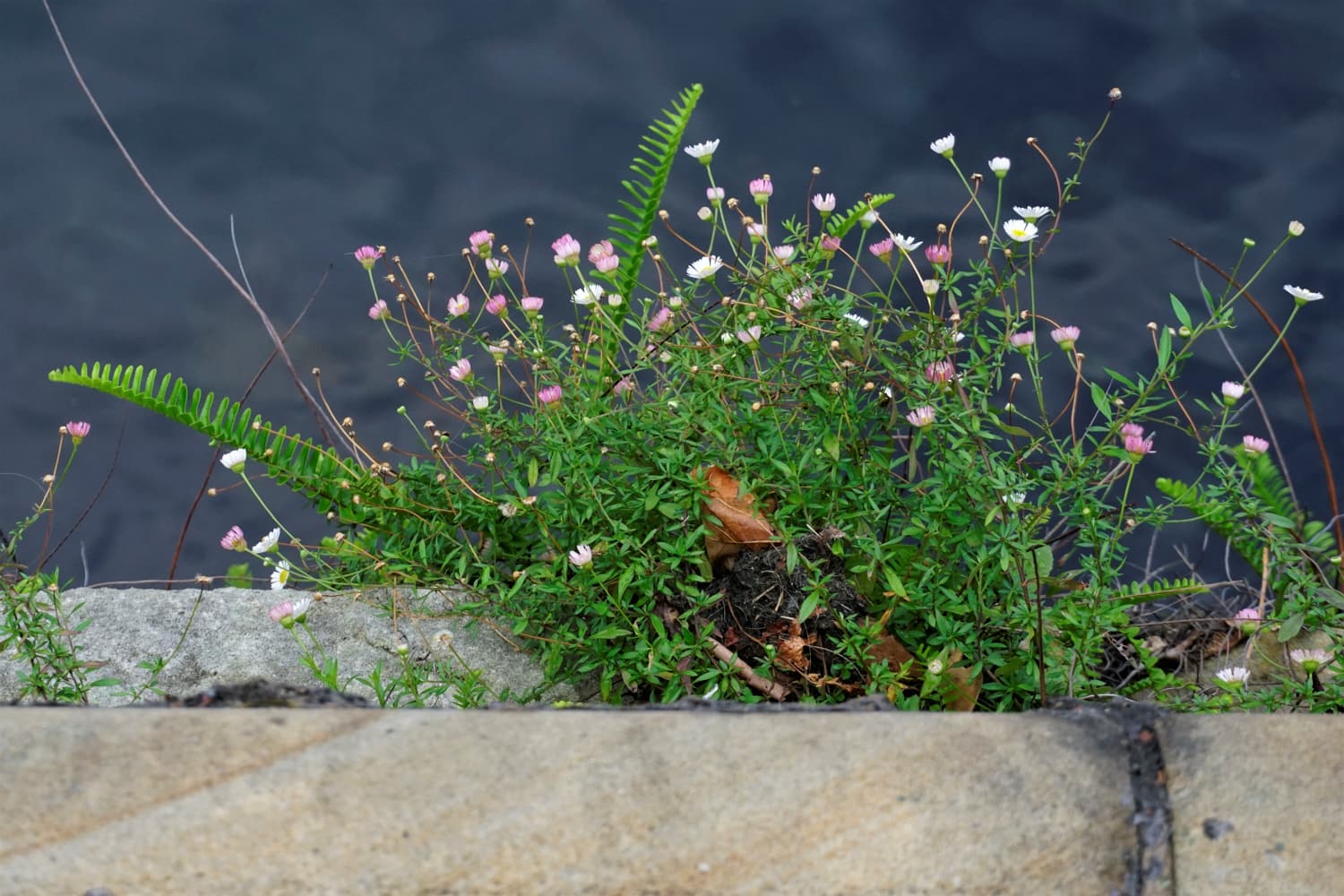