‘This isn’t the end’ forest protesters will fight on: Forest campaigners are celebrating a moment of reprieve. Coffs Coast Advocate

The European Union is reportedly considering banning US citizens from entering the bloc as it considers how to reopen its external borders. BBC

WHO warns of global shortage of oxygen equipment. The Guardian 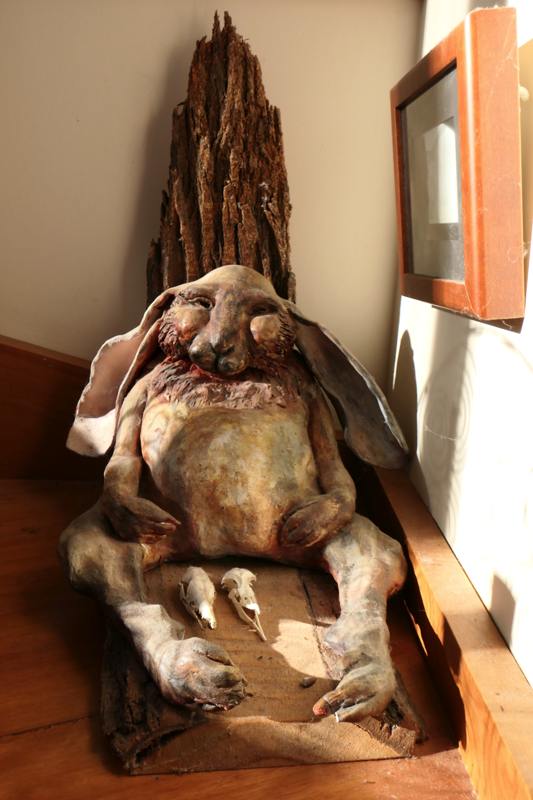 I take my pressure every few days, today it is the worse it has ever been. I have been on blood pressure pills for about a month. I have been feeling unwell (rather than sick) for ages. I have my own virus I look at the Risk Factors for Covid-19. I am a definitely candidate for hosting the disease:

Men; Bald; Aged 65 years and older; I fit these factors. 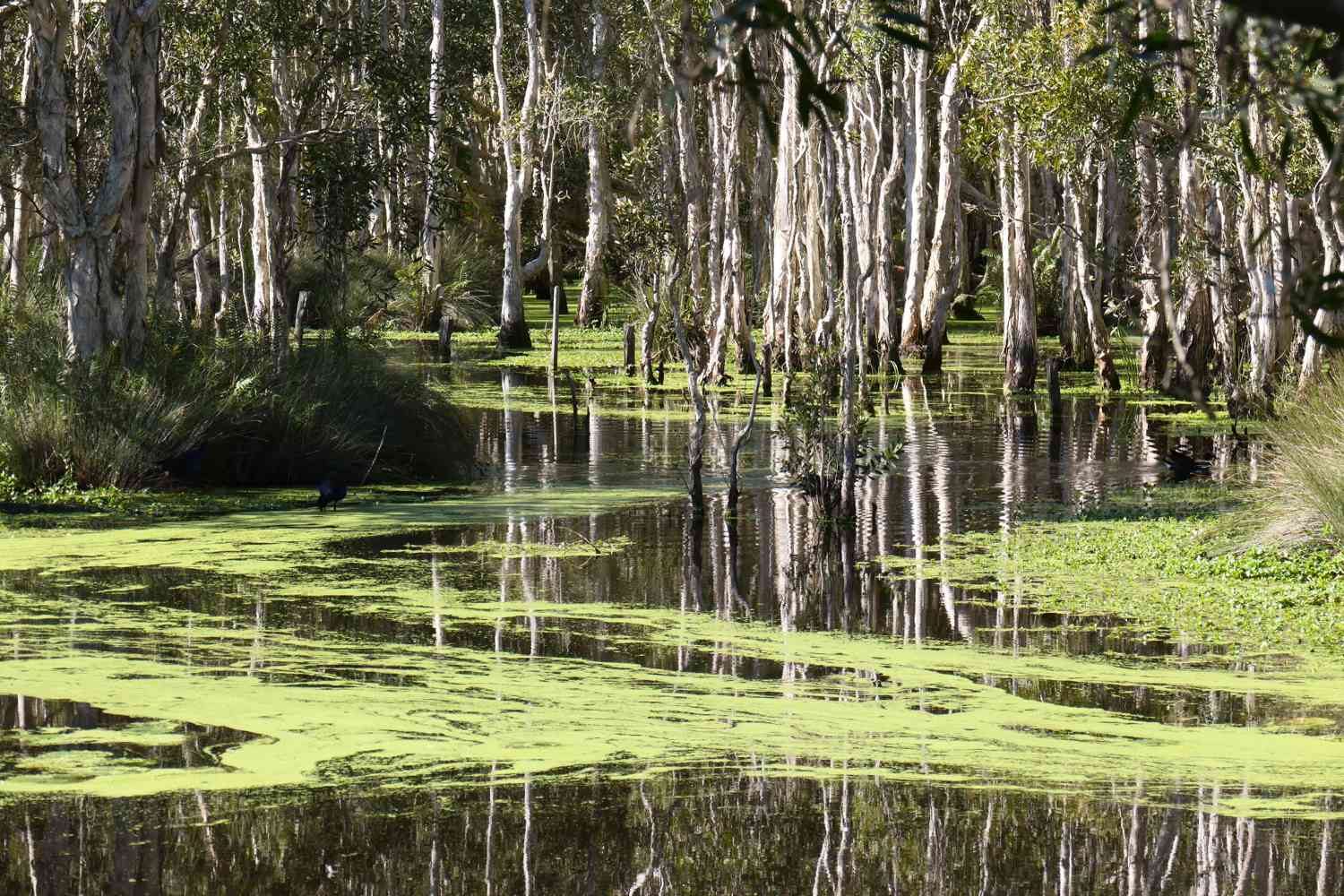 We meet up at the Urunga wetlands for the regular bird survey, two dark shapes on the far side, Black Swans asleep, well camouflaged, more birds than last time. 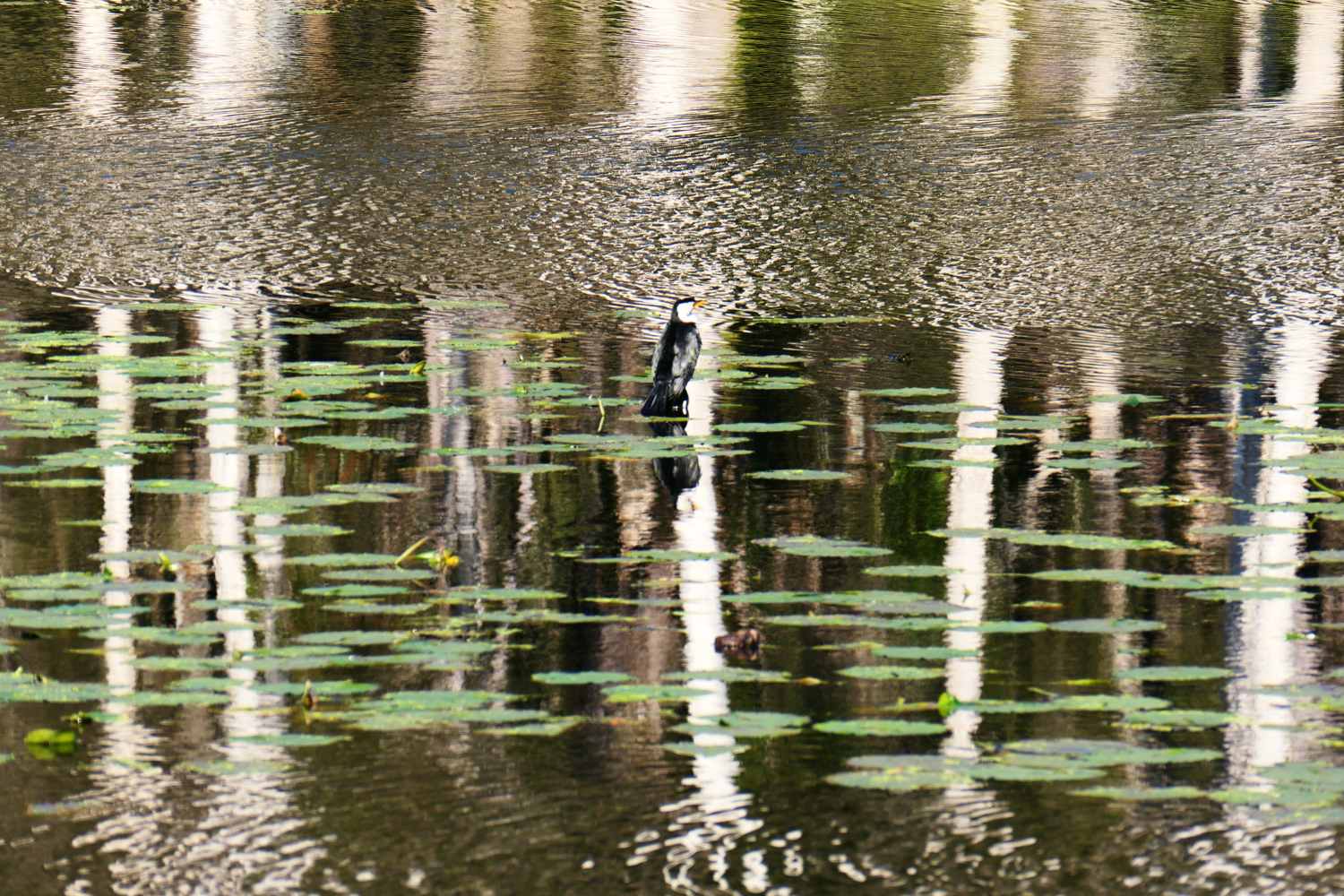 Just as we are leaving the loud calls half duck, half gull from a pair of White-breasted Sea Eagles, so loud we look for them in the trees, but then spot them floating high overhead. Wyn and I winched up that high would have no immunity to vertigo and rational acrophobia, would be gasping like fish out of water. 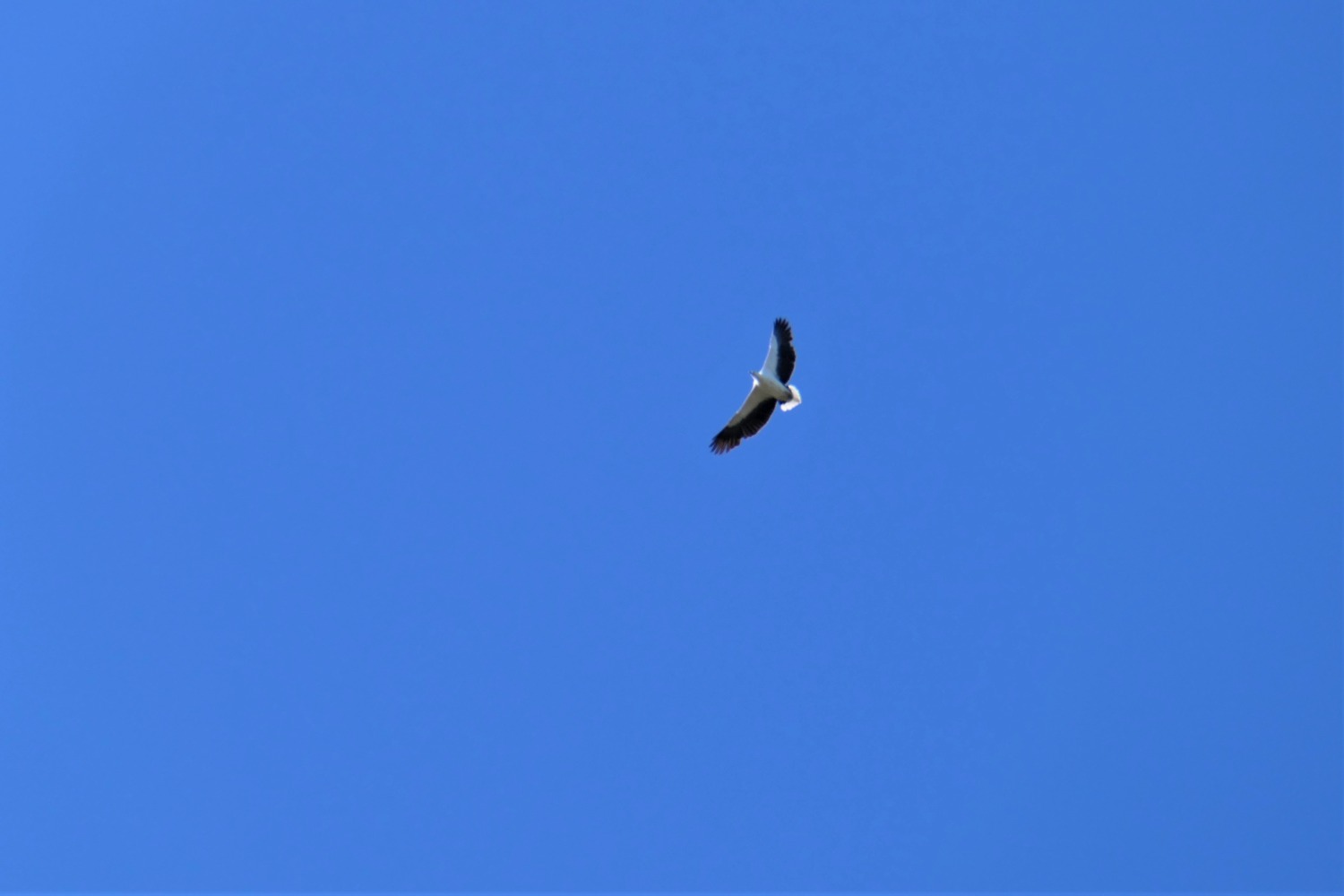 Then it’s down to the estuary, first the river. 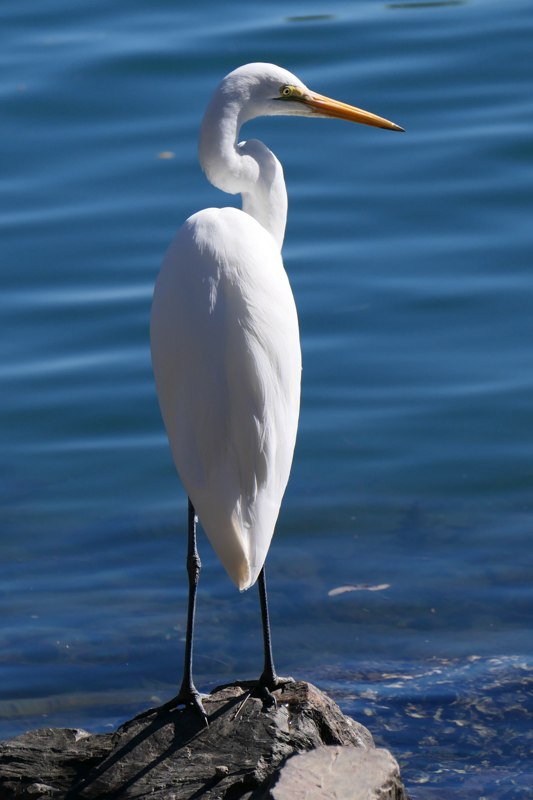 A pair of Ospreys on the railway bridge.

Then along to the estuary using the scope to count over 300 birds clustered on the sand spit.

Four Gull-billed Terns, loads of Crested Terns, some active, swooping, diving, splashing in, catching not anything. There are so many cormorants mainly Little Black ones, no Common Gulls, a Brahminy Kite establishing distance.

Fish and chips by the river with a discussion on the sustainability of Pearl Perch.

I see a raptor circling high, Richard pulls his glasses on it – a Pied Cormorant. We hear the air creaking, two Glossy Black Cockatoos fly past.

It’s been just over three months since the lists of books started proliferating. There were lists of short books (‘read it in one sitting’), lists of long books (‘you’ve got nothing but time on your hands’), lists of dystopian books (‘they suddenly seem all too real’), lists of disease-filled books (‘you’ll never want to leave your home again’), lists of escapist books (‘everyone deserves the chance to forget All This for a little while’), and lists of books about solitude (‘let’s figure out how to live without ever seeing anyone else again’). The sheer volume of these lists made clear that, though society might be on the brink of total collapse, well, at least there’s good stuff to read. [1]

I’ve been writing and taking photographs, not reading books, but Danny cycled over on Tuesday to drop one off by Adam Nicholson, I knew the author not this book, The Seabirds Cry. [2] I was immediately entranced by the introduction quoting poets, and Seamus Heaney (despite my aversion to Platonic ontologies, or transcendental concepts like ‘soul’).:

What came first, the seabird’s cry or the soul
Imagined in the dawn cold when it cried?
How habitable is perfected form?
And how inhabited the windy light?

Nicolson comments, ‘There are no answers, only questions and suggestions, but in that Platonic vision Heaney’s imagined soul-seabird is not only a boundary crosser, but linked to the emergence and genesis of things. The seabird’s cry comes from the beginning of the world. Seabirds somehow cross the boundary between the matter-of-fact and the imagined. Theirs is the realm both of enlargement and of uncertainty, in which the nature of things is unreliable and in doubt.’ (Reminding me of John Clare’s description of the Corncrake, ‘a sort of living doubt’.) 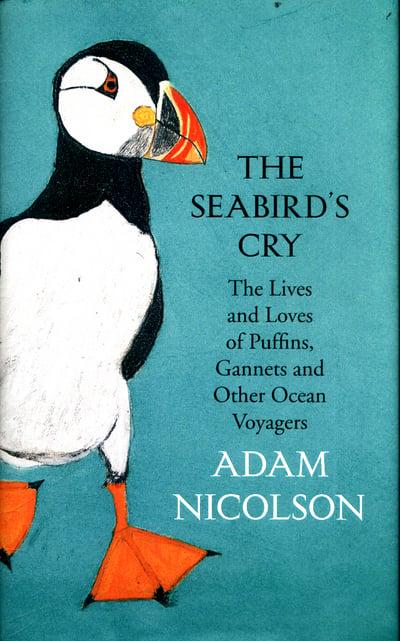 I read more of it today. The book explores the fulmar, puffin, kittiwake, gull, guillemot, cormorant / shag, shearwater, gannet, great auk / razorbill, and albatross, of which seven are in decline. At its heart lie the Shiant Islands east of the Isle of Lewis in treacherous Hebridean waters. His father answered a newspaper ad in 1937, ‘Uninhabited islands for sale. Outer Hebrides, 600 acres . . . Puffins and seals. Apply . . .’  His father gave them to him when Adam turned 21. (Harold Nicolson is his grandfather).

Archaeologists found a stone carved with a cross which connects to a tradition and the name (Shiant means holy or enchanted) suggesting the islands had been a hermitage for monks of St Columba. They are not silent though, for four months of the year they are noisy, rowdy and home to the biggest puffin colony in the UK, with razorbills and kittiwakes. It was selected as most suitable for having rats removed. Funds were raised and in the winter of 2015-2016 specialists arrived, 1,800 bait stations had baits repeatedly laid (chocolate and peanut butter), sometimes involving abseiling. The weather was terrible, but it had to be thorough. Nicolson says, ‘If one pregnant female was missed, the whole exercise would have failed.’ It was a success.

The hope is that the Shiants might become a refuge and gene-source for other less protected places, so that from here the seabirds will proliferate across wide swathes of the North-east Atlantic.

Everybody said it would take years for any change to become apparent. The life-structure of seabirds means nothing changes quickly . . . no-one had considered the landbirds . . . [that summer] for the first time, standing on the fence-posts and the grey walls of the old buildings, were families of wrens and wheatears. [3]

There are a billion fewer seabirds now than there were when I was born. Nicolson provides lots and lots of facts. For example, Kittiwake chicks are born on tiny ledges with the knowledge of the danger of sheer drops. Other species of chick don’t know this.

Nicolson suggests cormorants hold their wings out to dry because they sacrificed waterproof feathers and buoyancy to dive faster/deeper. In his earlier book on the islands, Nicolson says the adaptation of wettable outer feathers requires drying between dives to minimize heat loss.[4] And earlier today, Richard – a real birder – happened to mention while at the wetland that the latest theory is that their wings are stretched out to maximise heat loss. Birds will always have their secrets.

With synchronicity, June’s Birdlife Australia also arrived on Tuesday, and in it a good news story ‘Paradise regained’ about rats being removed from Lord Howe Island, a World heritage site 500 Ks eats of here.[5] Wyn and I flew out there as volunteers to take part in the rat eradication program (meeting many locals against the plan, worried about their dogs, or cattle, or ?). In the end, the government had not signed off on the action in time, so we did other conservation work, but the news is good.  See this post for Lord Howe.

In May 2019, helicopters transported teams to capture the endemic Woodhens of the precipitous mountains. They were found potentially to be at risk from baiting. Two years later there are no signs of the rats (since September 2019) and many more Woodhen chicks have survived than before. Two rodent detection dogs are stationed on the island to meet incoming boats and planes. It is hoped that birds that once lived there will be reintroduced, like the Red-crowned Parakeet, or arrive on the wind and recolonise like Kermedec Petrels and White-bellied Storm Petrels.

Thanks to thousands of people taking action, many of the biggest and oldest trees left in NSW have been saved from logging. This wouldn’t have been possible without people like you taking action. From the bottom of my heart, thank you! . . . While these old-growth forests are now protected, there are many precious native forests threatened by logging right now. And across the state, people are fighting to save them. From the Nambucca forest near Coffs Harbour to the Manyana forest near Nowra, this fight continues. [6]

[1] Kristin Iversen, Ottessa Moshfegh’s Year of Anything But Rest and Relaxation, https://lithub.com/ottessa-moshfeghs-year-of-anything-but-rest-and-relaxation/, June 25, 2020