After this stop at Urunga, FEb 4, there was a public meeting in Coffs. The transcript will be available here in a day or two.

Cheyne Flanagan, Clinical Director, Port Macquarie Koala Hospital gave evidence to the Parliamentary Inquiry, Koala populations and habitat in New South Wales. 9 December 2019.
‘The Hon. CATHERINE CUSACK: How many koalas have they found? Ms FLANAGAN: For the amount of area that they have covered, not a large amount. We have about 40 koalas that have come through our doors. For the amount of country that they have been on and how many animals we knew were there, that is nothing. Most of them were just incinerated. The Hon. BEN FRANKLIN: How does that compare with previous fires? Ms FLANAGAN: One of the main fires, which was the first one that started, we always call that the “90-koala fire”, where we would find 30 alive, 30 dead and 30 we would leave out there. This time we have found only about half a dozen and there is just nothing. This is an area that was just so beautiful and so well populated. They are just ash.’ 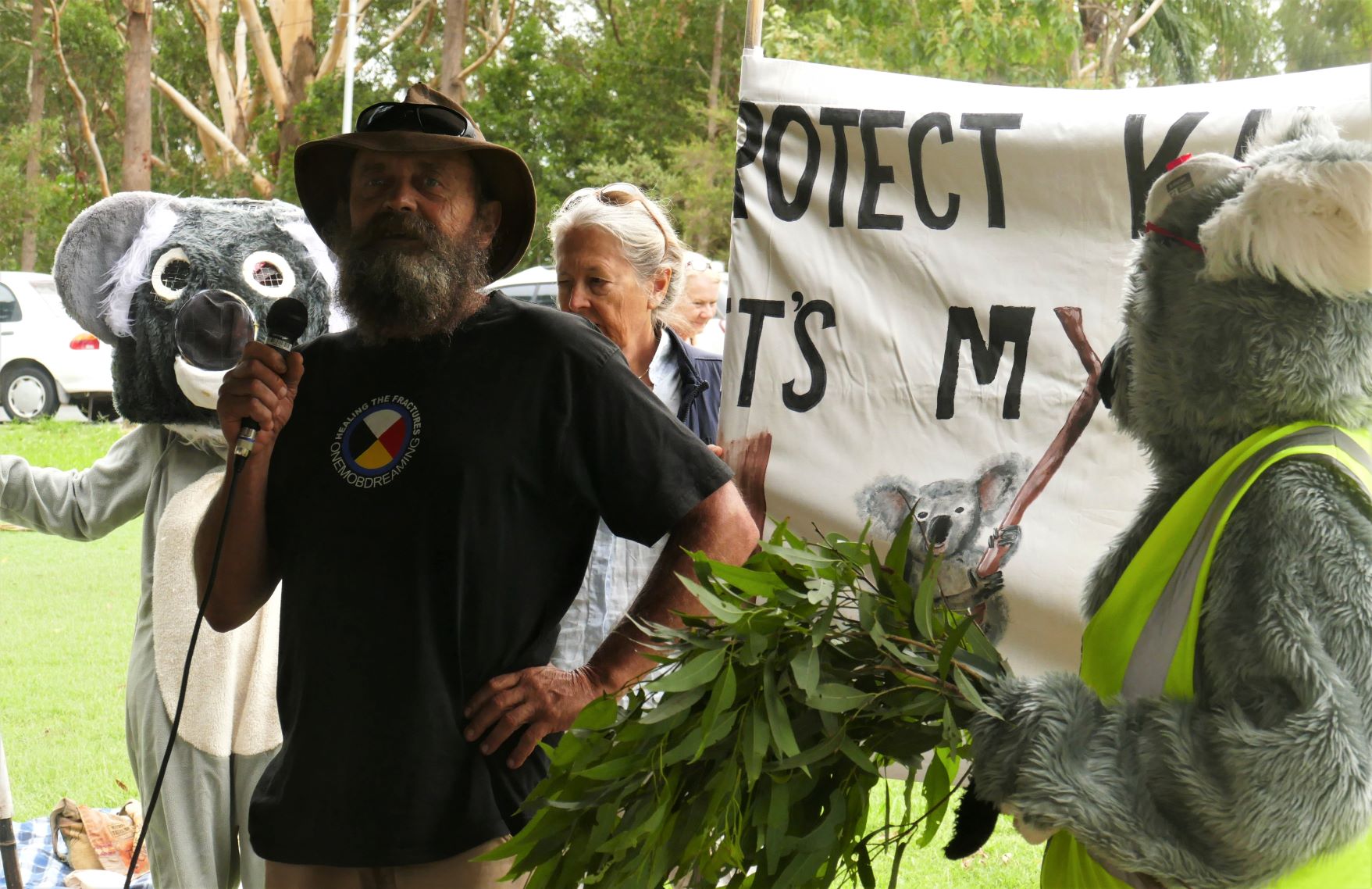 Uncle Dave (I think that’s his name) from Dorrigo gave a moving Acknowledgment of Country and of the importance of this movement.

This is so important, but even as we gathered, logging trucks were rolling past north, with eucalypts on board. 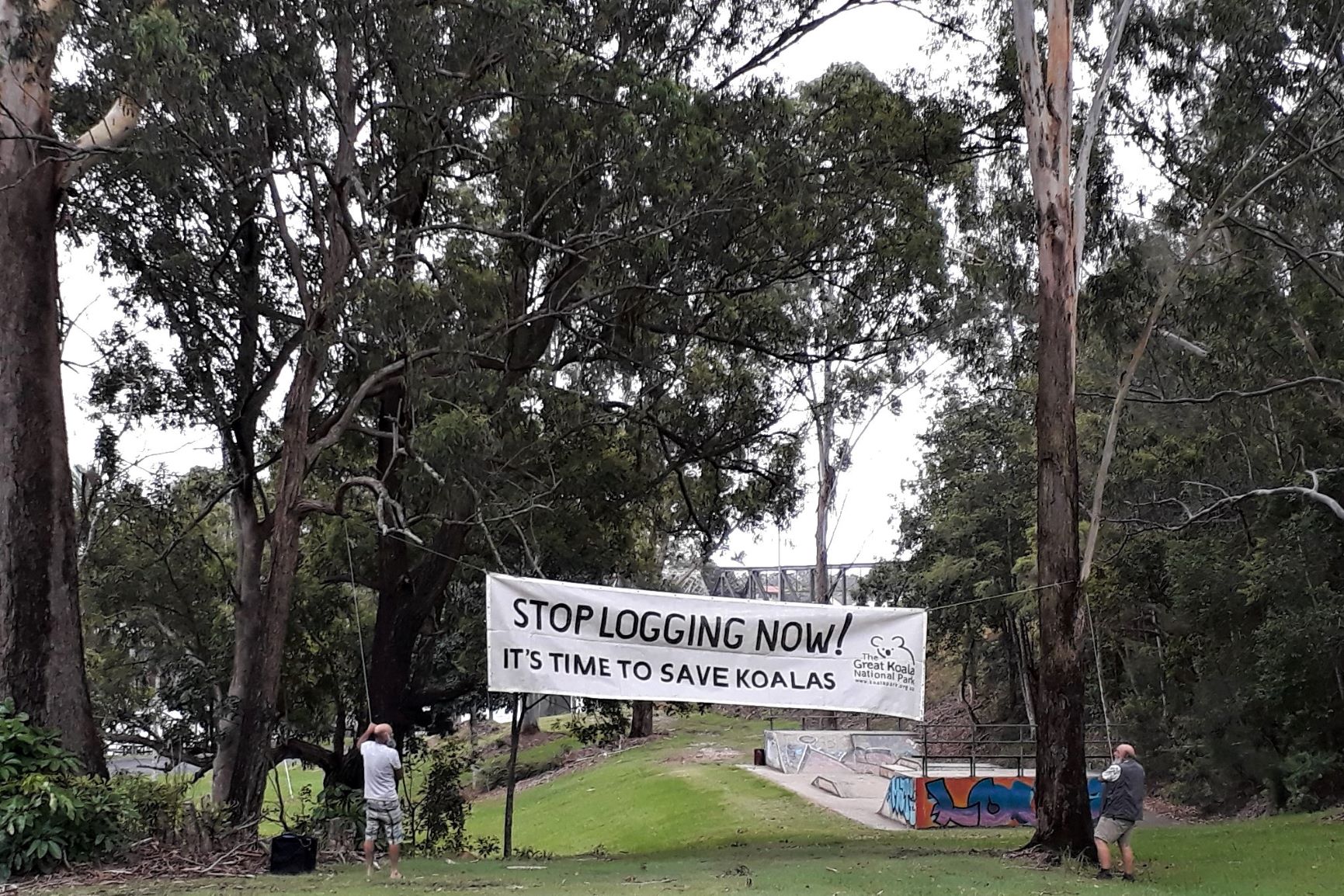 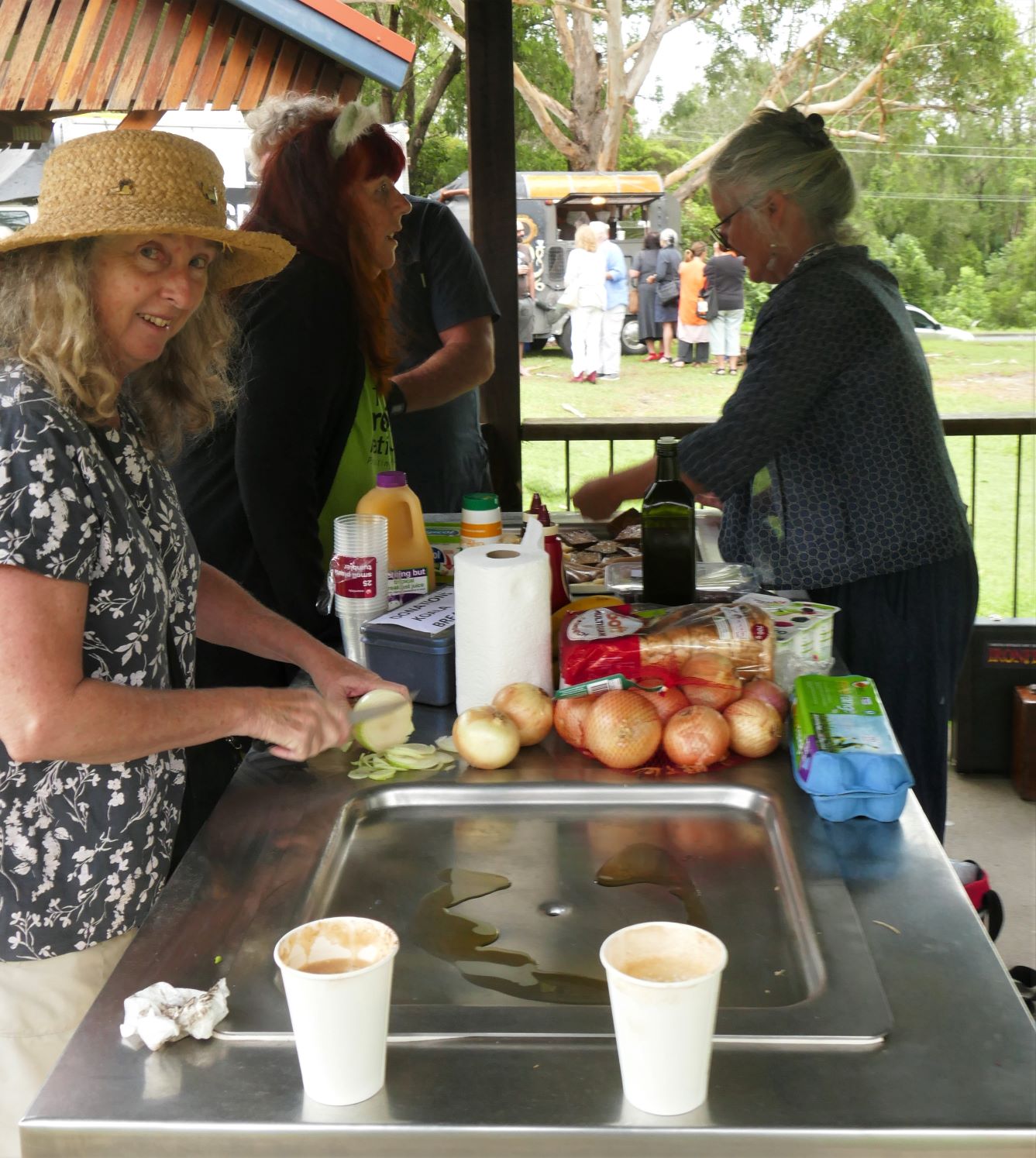 Wyn, Sue and I were the breakfast chefs.