The Sunday Painter (or photographer)

In his Naturalis Historia Pliny the Elder described how Zeuxis painted grapes so perfectly that a flock of birds flew down to eat them. Parrhasius then invited Zeuxis to his studio and asked Zeuxis to draw the curtain to see his own masterpiece. Zeuxis tried to but it was Trompe-l’œil – three dimensions in two.

At one time, in the not too distant past, the idea of art embraced the human hand in imitating nature, a faithful representation that in effect deceived the eye into thinking that it was real, such as in a still life that was painted after life or nature. Then photography came along.

The rise of Dutch still-life painting in the 16th C was due to increased urbanisation, disposable income, and house ownership. Floral themes were popular in Antwerp and The Hague; monochrome ‘banquets’ popular in Haarlem, (rich foods, ham, cheese, oysters etc. and glasses); and Vanitas still lifes in Leiden (the new affluence of the mercantile Dutch Republic side by side with the anxiety of mortality from Dutch Protestantism). The large kitchen scenes often with the cooks were popular in Antwerp, as were (in later decades) luxurious paintings showing off flowers, or imported fruits and artefacts like Chinese porcelain, Venetian glassware and silver work.

Early photographers took their inspiration from painting. Roger Fenton, best known for his early war photography in the Crimea, created over forty still-life photographs of fruit and flowers. A Vanitas with no need for skulls argues Jonathan Jones. He was the British Museum’s photographer from 1854 to 1859, and so used to still life from archeological artefacts to natural history specimens.

Thomas Demand chooses to photograph the mundane, usually beginning with other images from magazines or newspapers. What is so strange is that these mundane scenes / objects have rich associations, such as the corridor of serial killer Jeffrey Dahmer’s apartment. Just as strange is his process. Since the early 1990s he has worked from an image to construct a table-top paper model, which he lights and photographs before destroying the model. See here

You can’t see the tractor slowly moving in this photograph. The still life photograph is the opposite of the action photography though landscape photography lacks much action 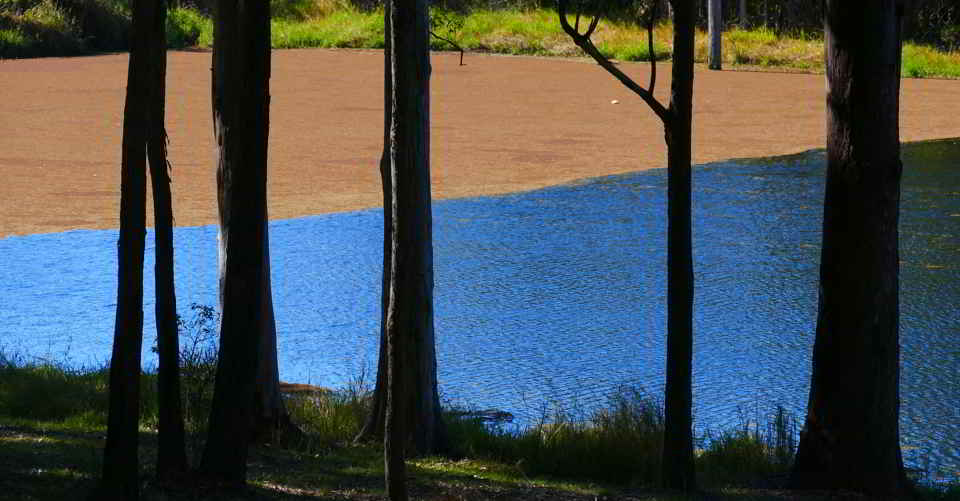 Can you see the duckweed turning brown?

Sunday morning: This a friend with her still life painting. She is definitely not a ‘Sunday painter’. 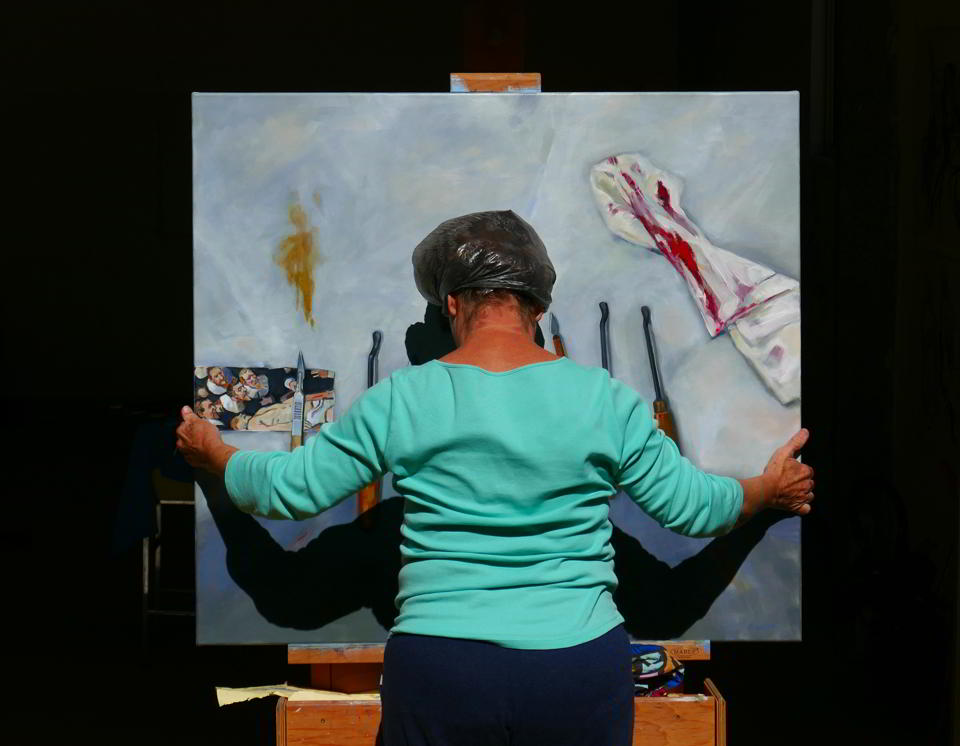 These photographs are all from last Sunday, Aug 14.

Writing to the Wire

Photographs from around the world