I thought of driving to catch sunrise from Nambucca estuary. I’d have breakfast in a café, take some writing and get my Express Envelope when the Post Office opened at nine.
Lazy, I watched sunrise from Valla Beach 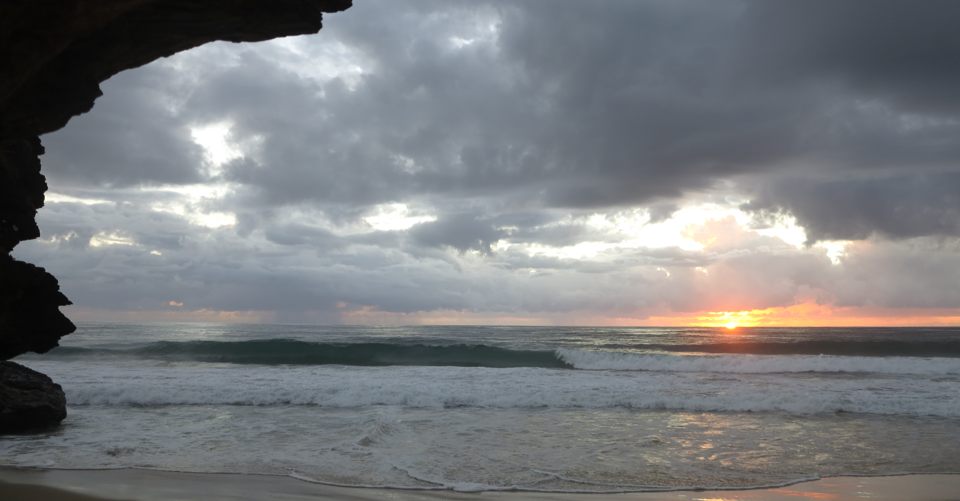 and a storm crowding Nambucca, 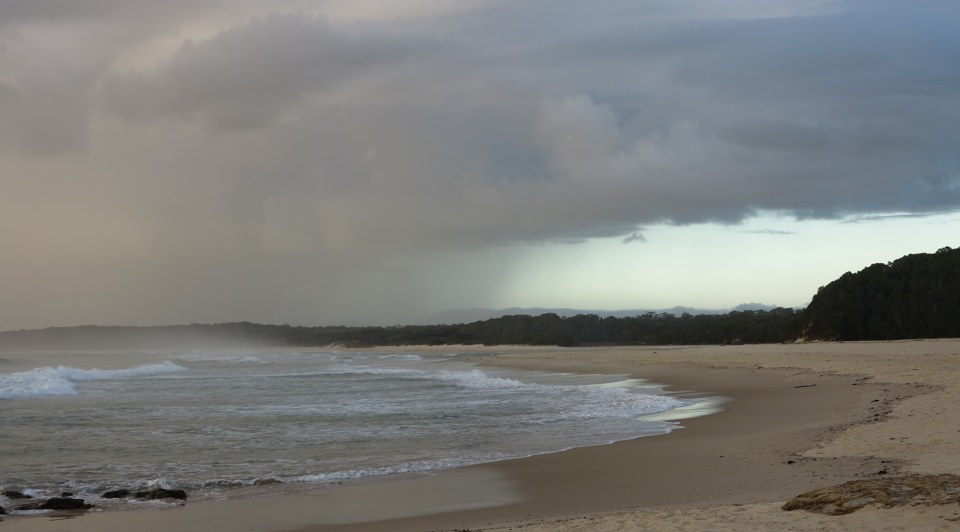 and out to sea a rain curtain drawn across light’s threshold.

Then, as I kept my eye on a Sooty Oyster-catcher, I lost my balance and fell into a grave shaped excavation someone had scooped for fun. 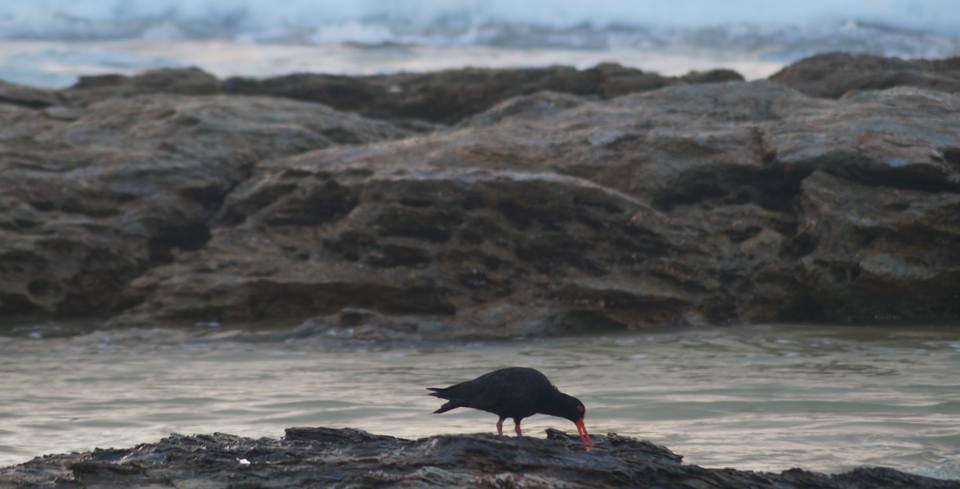 Luckily I hadn’t left early. The Post Office was closed, its reinforced glass door shattered.
The police photographer said it wouldn’t open for a while, so I drove down to the V Wall to gorge on the green and blue glazes harvested by the tourist brochures. 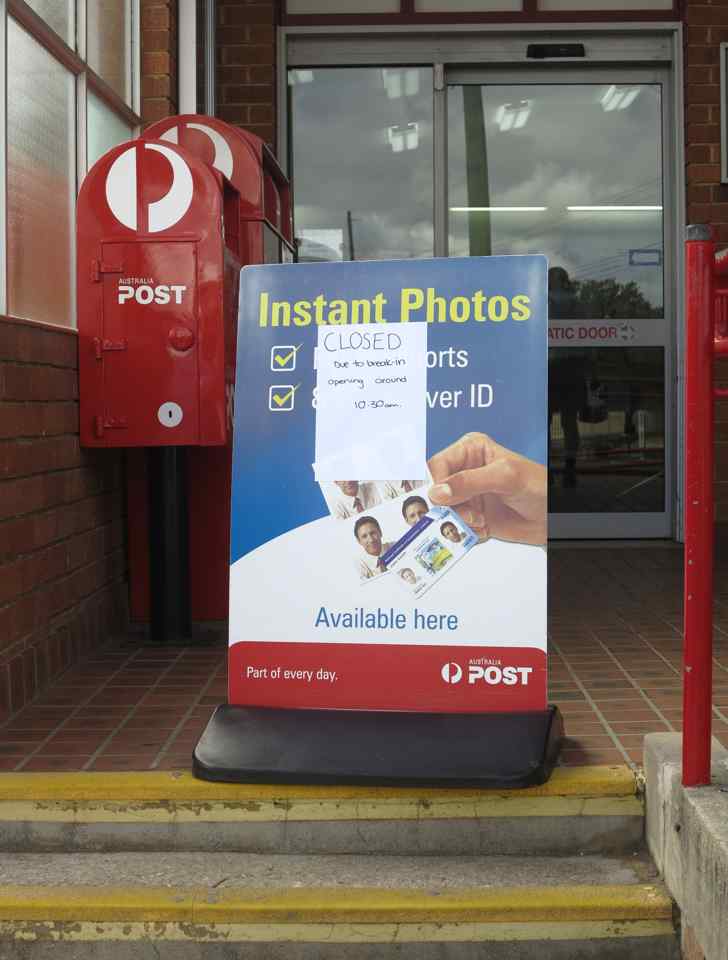 I happened on an advert for multicultural Australia, and unravelling yarnbombing / guerrilla knitting personalising this warning in a public space, a gentle political act. 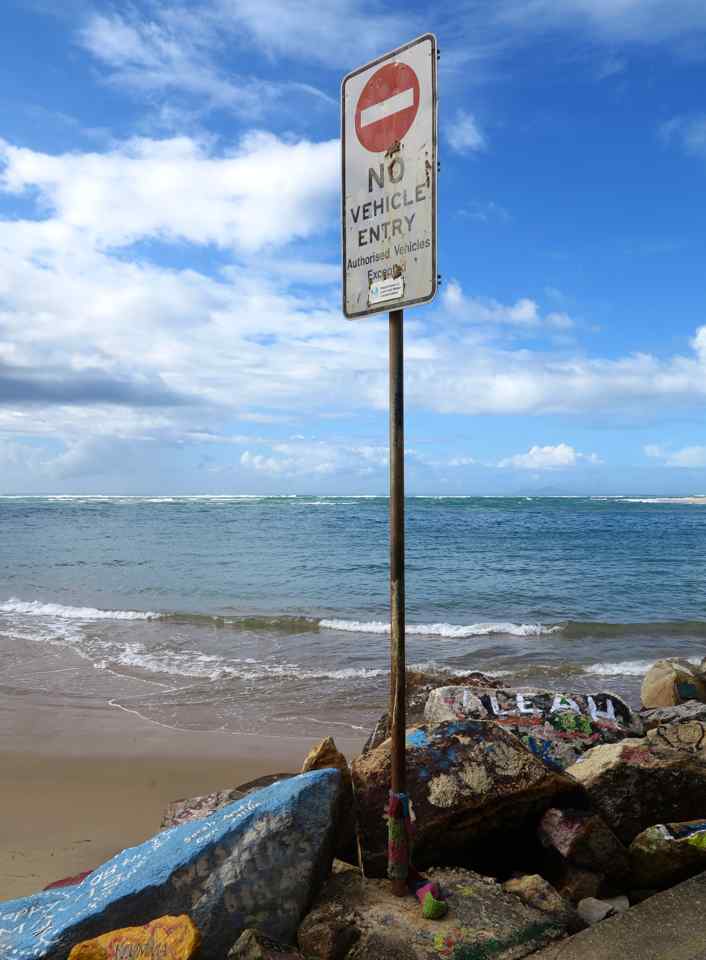 A swimmer has rounded the  sand island and with slow regular strokes that pull the water away, heads to shore leaving a V in the blue fusilage, simple beauty in the remnants of presence. 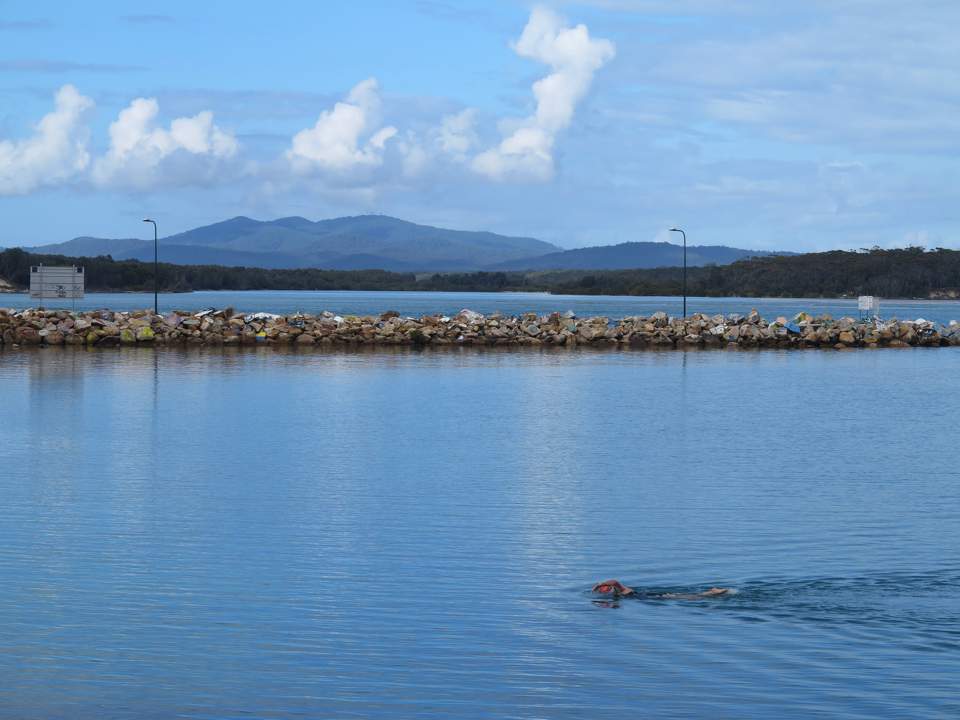 I take the boardwalk, following a man and his charge, a young man with Down Syndrome, who is shouting out, ‘Birdy, Birdy, Birdy’, and I catch a white shadow slipping through the mangroves. 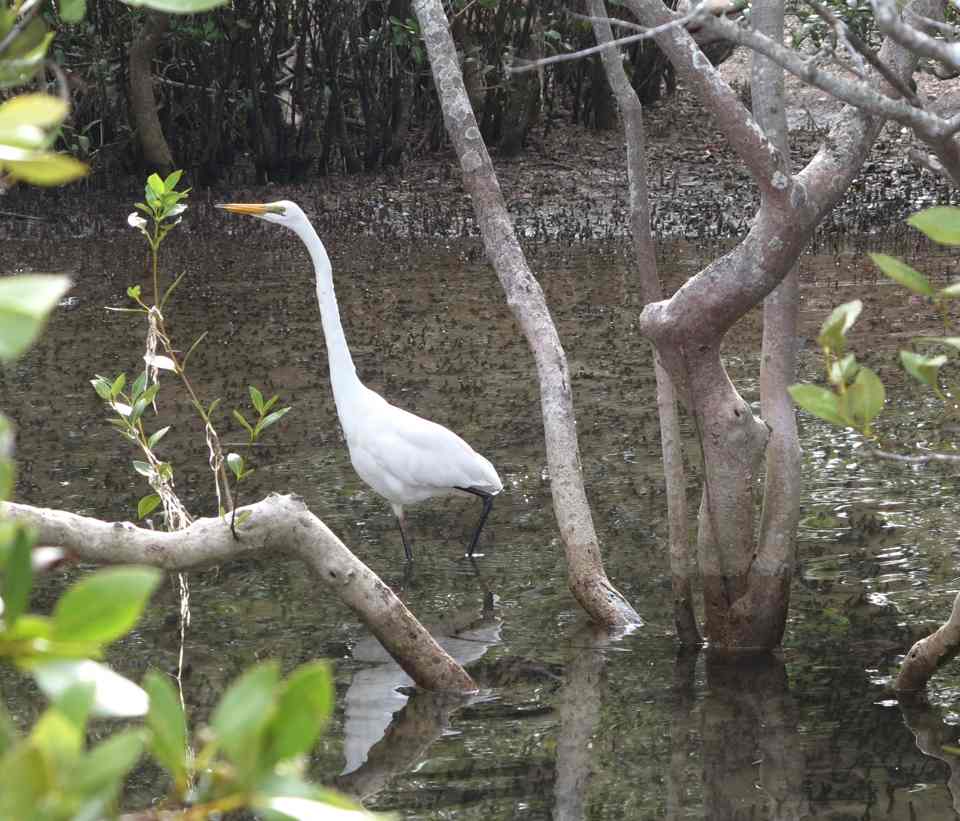 My glass eye stalks an Eastern Great Egret stalking breakfast. Why fly when you can walk?
Light spins beneath the bent branches on silver plates like a Chinese circus act.

I turn back, the man is leaning over the rail calling out, ‘Buddy, Buddy look at this.’ The young man stops and fiddles with his jacket buttons, but doesn’t move. A chromosome variation leaves him quirky, with a lower life expectancy extending our human continuum. The kookaburra on my railing shows more patience and pays more attention than either of us. The sun may arc across the oceans and the land, but we each inhabit our own time despite love and friendship.

I peer into the water. ‘Look, an octopus’, he has to point it out. It has melted onto rock, mottled with white oyster flashing and a ripe peach-red patch, perhaps from a few loose bricks paving the river bed. Then it shoots off, legs trailing, gliding over sand and begins to change colour until it reaches a cluster of rocks, unwinds its limbs and sinks against the stone like an angophora root growing in sandstone.

I mention I’m waiting for the post office to open. He says there’s been a spate of armed robberies, no guile shown. These natural elements are insufficient for happiness.

I tell the story my mother loves so much, of an aquarium’s crafty octopus who robbed fish tanks during the night returning to its own tank before daybreak. Only specially installed CCTV solved the mystery. I’ve read that they are as intelligent as dogs, but intelligence is overrated.

‘Pleased to have met you’ he says smiling. A name is a reference point; I left without either of theirs. The young man starts shouting out again, ‘Birdy, Birdy, Birdy’, I think it might be ‘Buddy’.