COVID has changed Warrane. No mobs of tourists wheeling huge amounts of luggage to or from the vast cruise ships that once moored opposite the Opera House.  Captain Cook has vanished, a spruiker dressed the part, encouraging tourists to take a cruise. And the music has gone, no sign of the Aboriginal musicians who would set up bare chested, painted with didge and Clapsticks and often miked and with a soundtrack, inviting selfies from the passing tourists. Some sitting on roo skins covering plastic milk crates. Some are excellent musicians.

Now you hear the odd ferry whistle, the voice announcing, The ferry of Side A is due to depart for . . .  squawking Silver Gulls, an old man busking with a couple of jingle sticks, ripples of water . . .

The earliest piece of European music known by name to have been played on this site (apart from God Save the King on 7 February 1788 for Governor Phillip’s official commission) is ‘The Rogue’s March’, played by a marine fifer and drummer ‘at the drumming out’, two days later, of a sailor, carpenter and a cabin boy from the Prince of Wales, ‘who had been caught in the female convicts’ tents. The sailor, carpenter and cabin boy ‘were drummed through the camp with their hands tied behind them, the boy dressed in petticoats’ . . . ‘The Rogue’s March’, a lively melody in 6/8 meter was traditionally played to accompany the ritual dishonouring of military or civil offenders.[i] 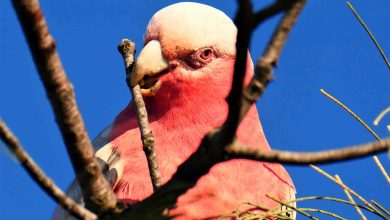 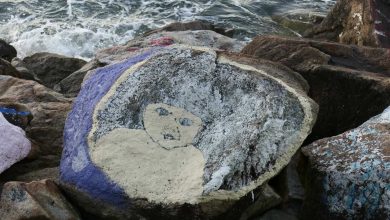