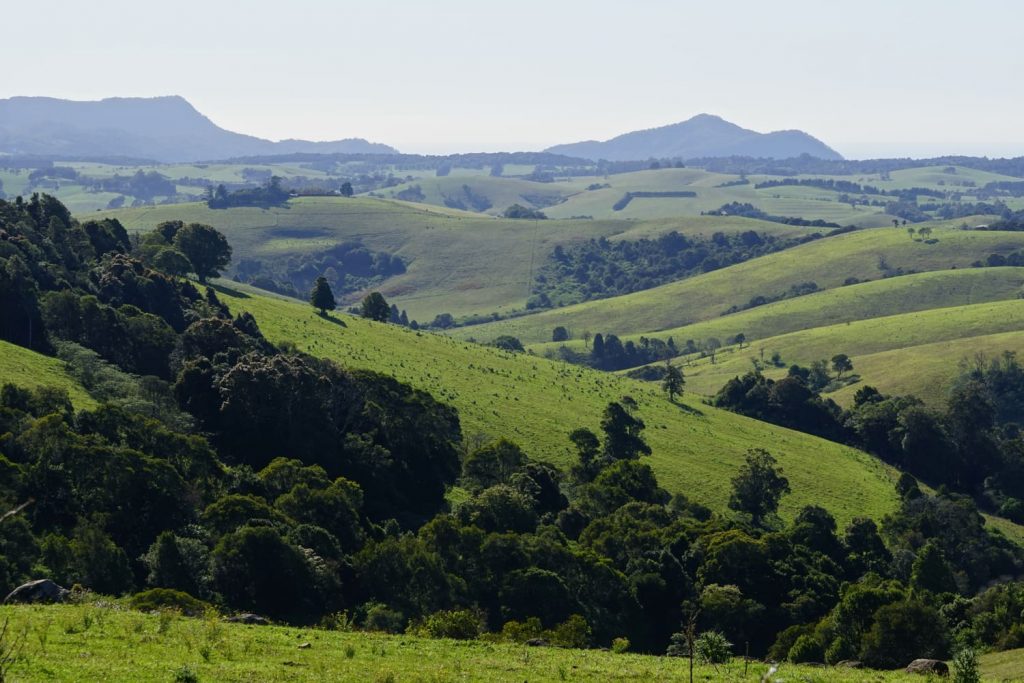 We have climbed the Great Dividing Range into desert
green, the dieback not as bad with the dead beheaded.
I stop to let a truck on my tail in a hurry pass, notice

something waving at me from across the road, a fan
of dark feathers balanced by a pale-yellow wind vane,
an ornamental tail, finely decorated. I use the corpse. 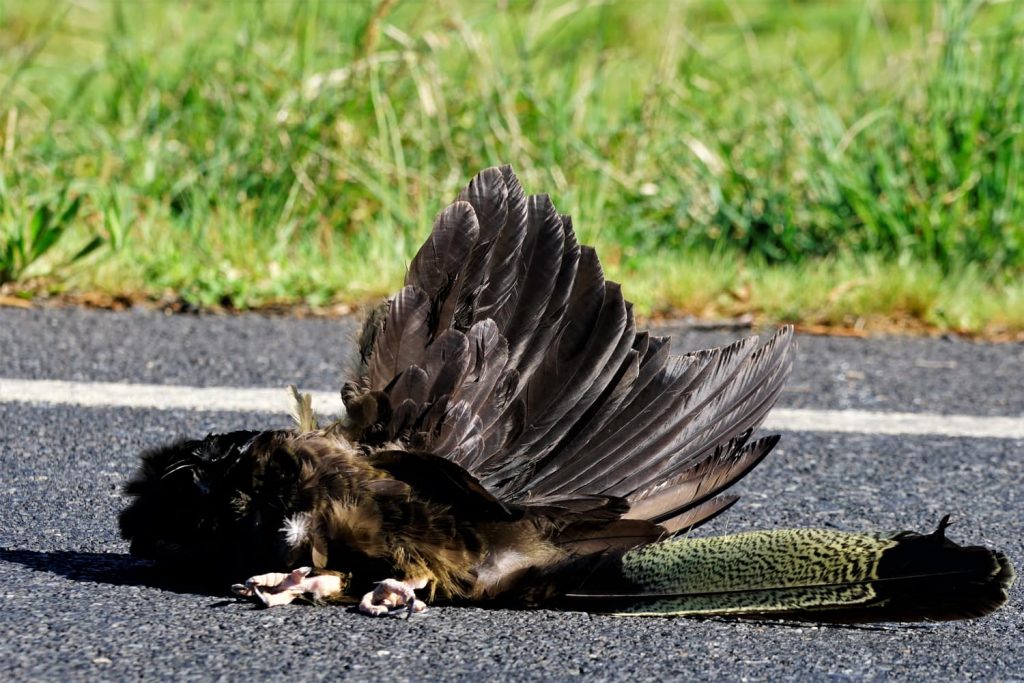 From above, the black cheek wears a rich butter-yellow patch
a shadow play, false nose, the bill tucked away like a miniature
ivory tusk in the fine detail of the black tufted bouclé. 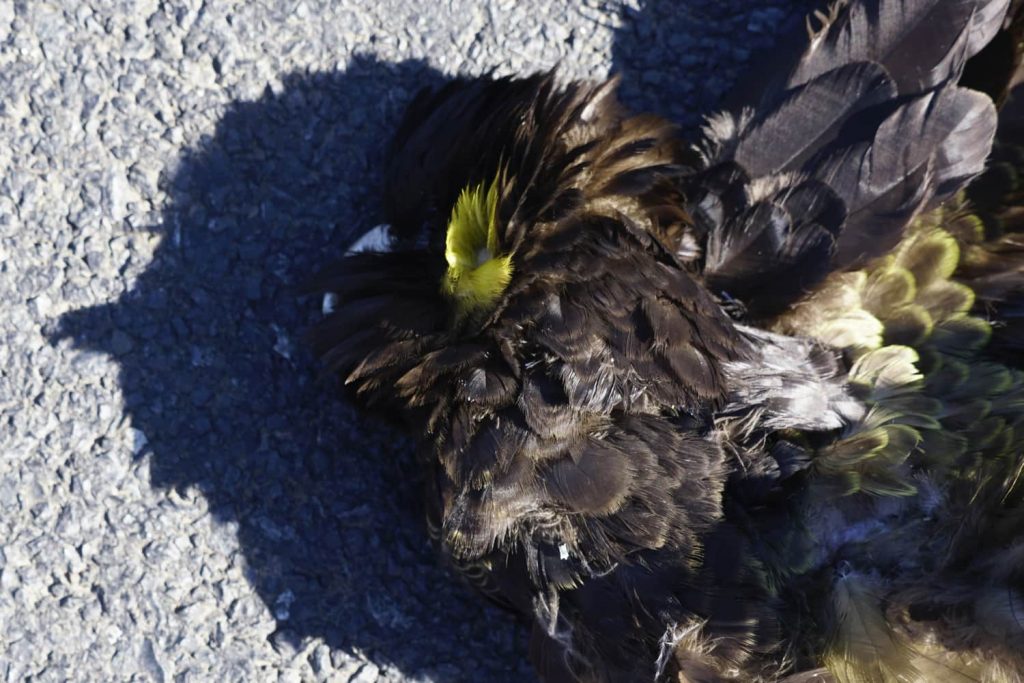 A transformation from the winged warriors, flocking over our garden,
they float easily, loose-limbed and casual, none of that urgency
kingfishers show, making a beeline for wherever they have to be.

I gently kick the corpse off the road to avoid more casualties,
a dry death, no leaks of oozing liquids, probable head trauma,
am always surprised by bird bones.

We are alone and the falls are reasonably articulate
given the light conditions are so flat.
The trails are closed, the lookout hasn’t been rebuilt. 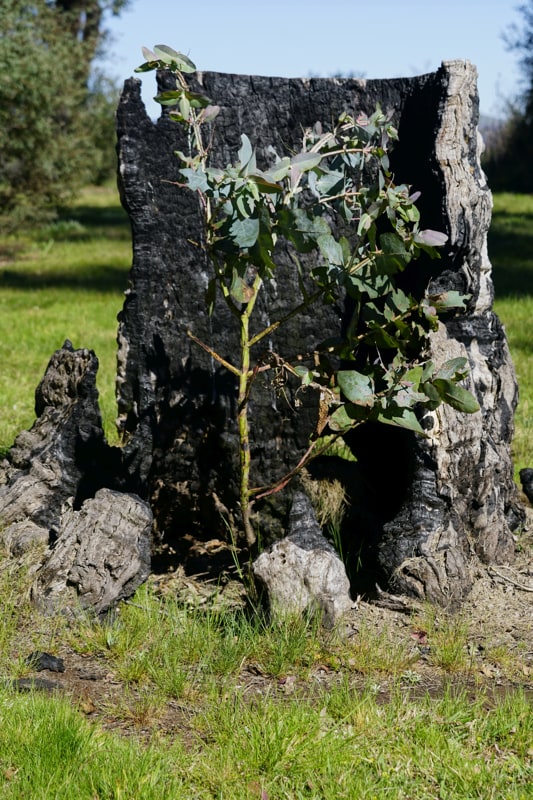 Fire tore through here two years ago, a fucking idiot
started the fire to protect his dope crop, burnt vast swathes.
No man is an island, and no garden, field or crop.

Crimson Rosellas bloom in a gum tree.
One hefty tree rears up like a snake. 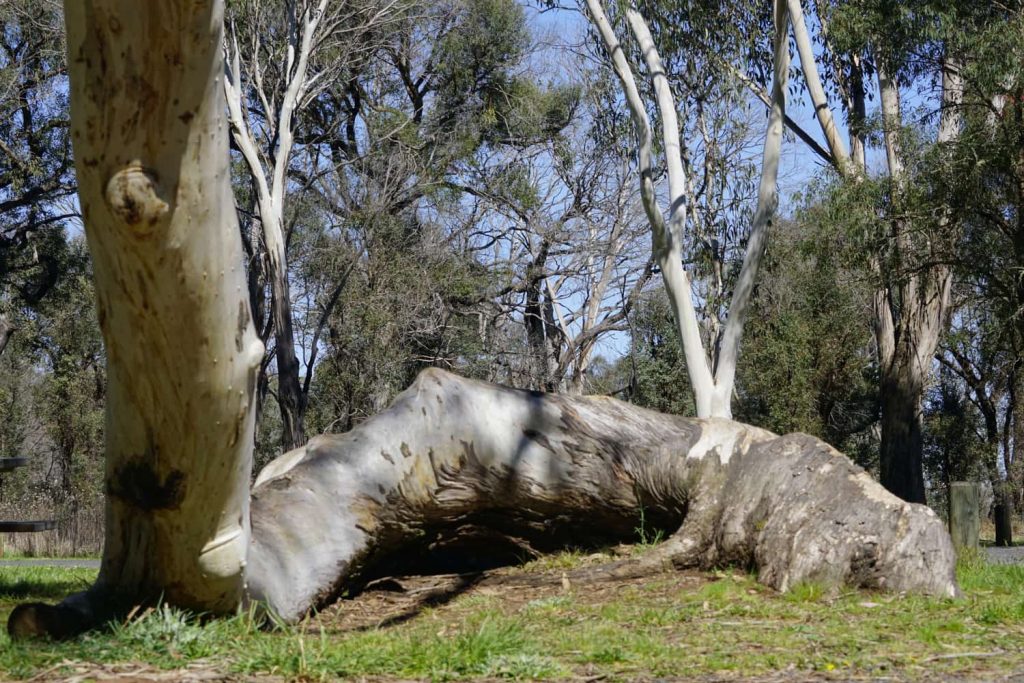 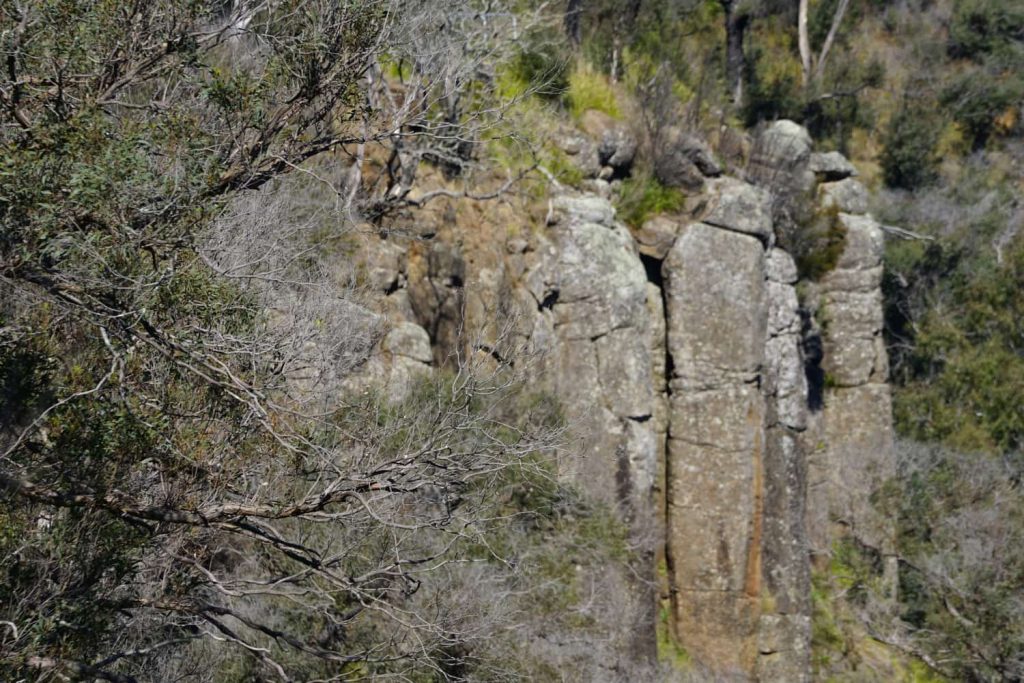 A year ago the sides of the gorge were blackened,
now trees are the colour of the rocks again,
so close the camera can’t decide which way to focus.

I zoom into the gorge to catch water running away
dropped into river form, dressed with boulders.

This part of the New England 3 day wilderness trail
is the first muddy path we have been on for a while, begins
with spot fires, scarlet flowers that become new growth closer. 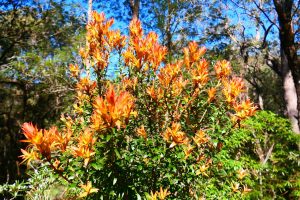 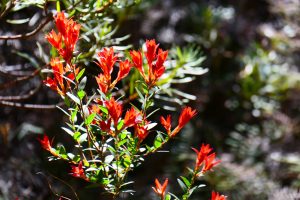 Light is glinting high in Nothofagus moorei, Antarctic beech, a survivor
from Gondwana that stays away from civilisation keeping to high, moist
altitudes here in eastern Australia, in Chile, Argentina and all the News,
Zealand, New Guinea and New Caledonia. They survive in this forest
by natural coppicing rather than the usual seed circuit. 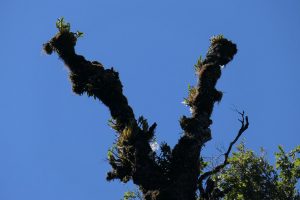 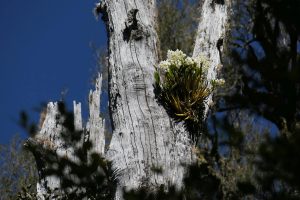 You need binoculars to see the white light shining on high
are orchids, specialists growing mainly on Antarctic Beech,
Dendrobium falcorostrum, endemic to eastern Australia.
Looking for bracket fungus, finally find the remains of one,
stuck like a half-eaten Catherine Wheel the morning after. 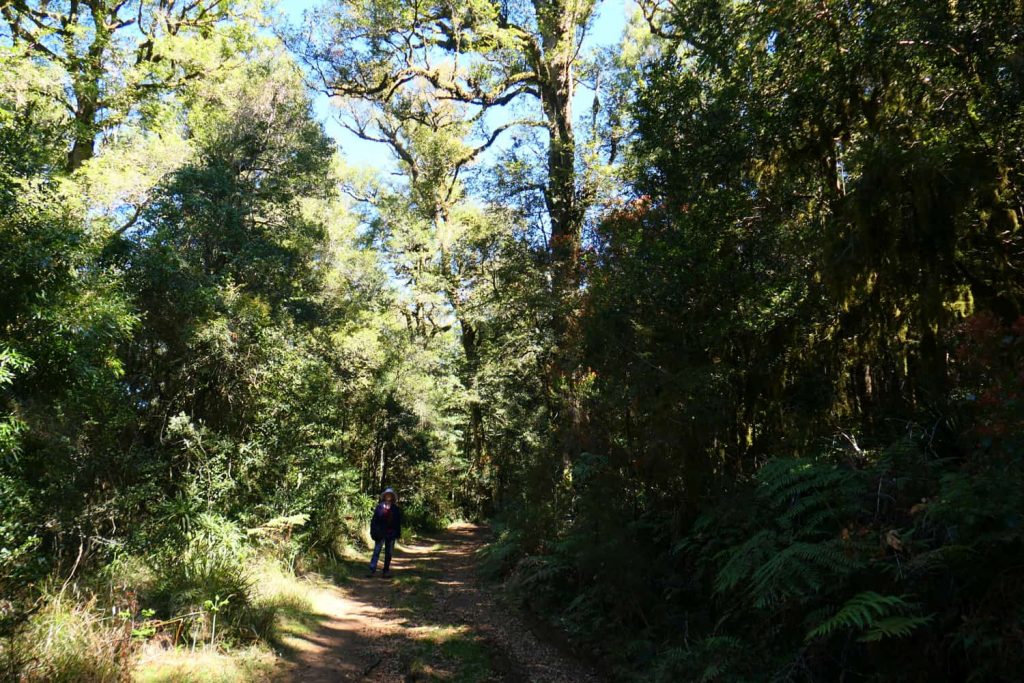 Crimson Rosellas are biting off leaves to get at the tender shoot. 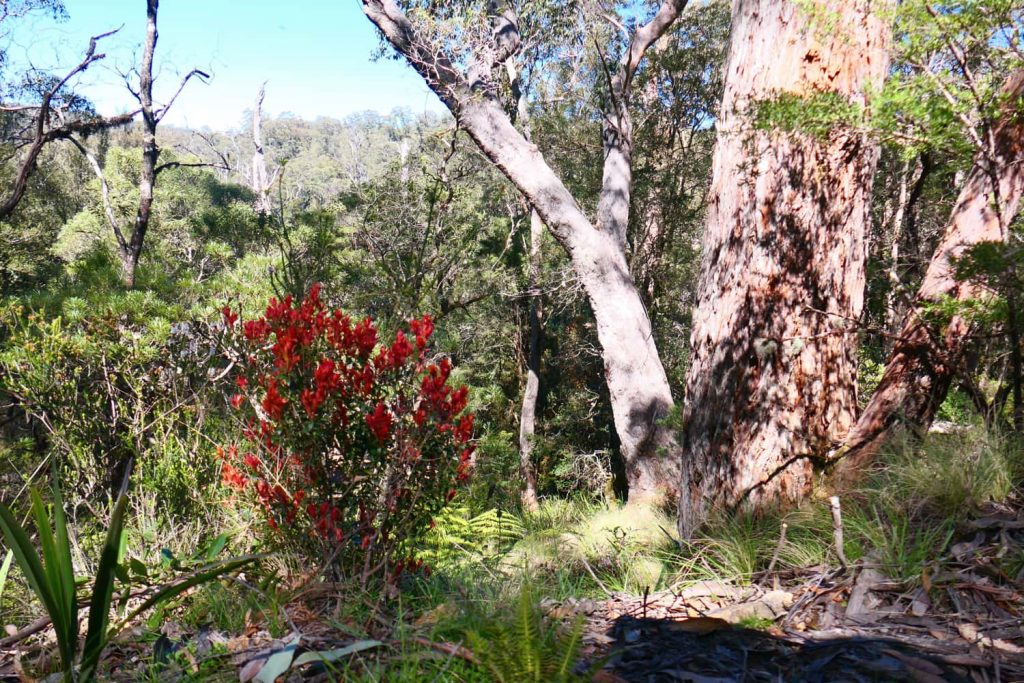 Up to Point lookout

I still cherish the first time, the view non-existent, a white minimalist canvas, possibly full of flying angels, they are always white, but the forest dripped with moss and lichens, almost a cloud forest with ancient mysteries fertilised by mist thick as a tongue.
Last visit was in summer, the trees looked shriveled.
This time it’s spring, the forest still holds some of its moist magic. 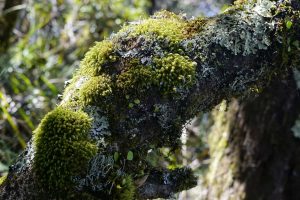 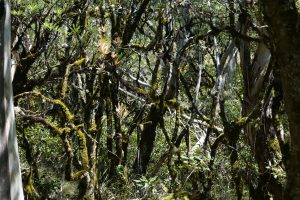 We are on the edge of the Great Escarpment, fifteen-hundred metres above sea level, and I am standing a couple of metres above a bird and a couple out beyond my reach.
The grey checked suit, fringed tail and fingerless wings swing past and are gone – splendour is speed without effort. I wait for the Peregrine Falcon to circle back, but am left with the unrelenting waves of panorama. 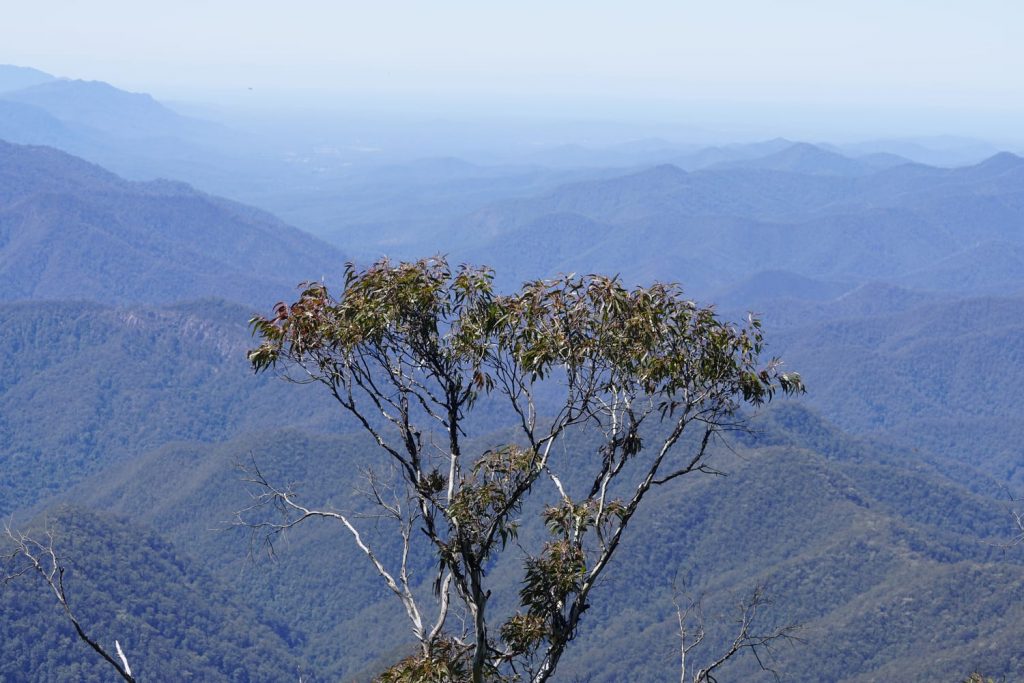 Endless mountains distend out to the Pacific Ocean, making no sense, blues into blues, even as I stretch the ligaments in my eyes, expanding my pupil in an attempt to focus distance. I think of mountains and water (shan shui, the Chinese term for landscape), of Daoist immortals, of visiting Song Shan Mountain over forty years ago, a ghost of the King Fu monastery, just two ancient monks left. 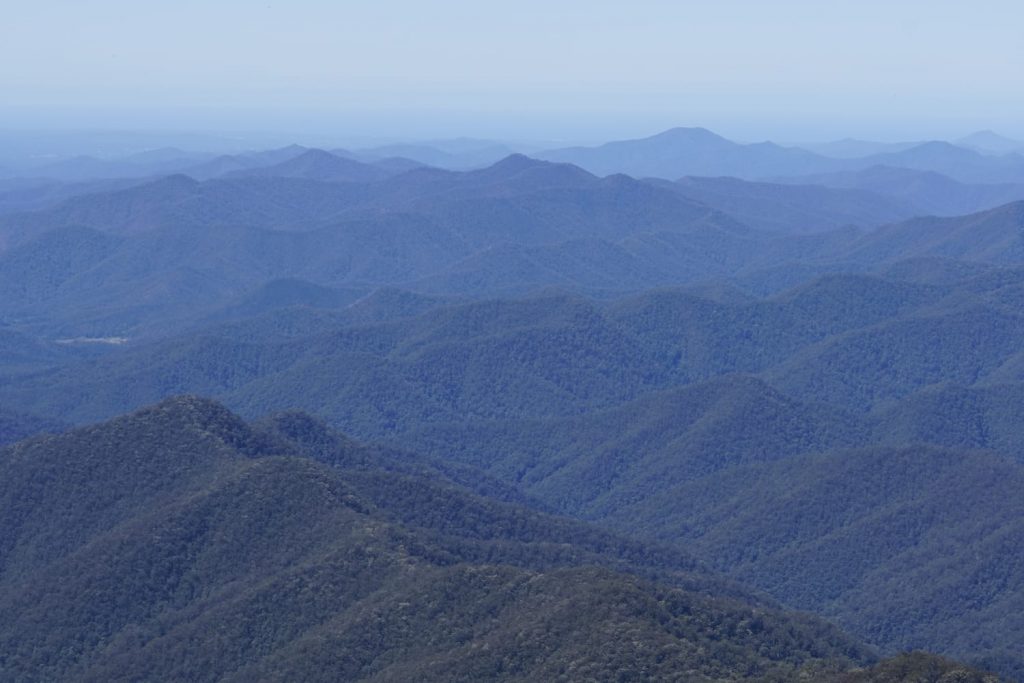 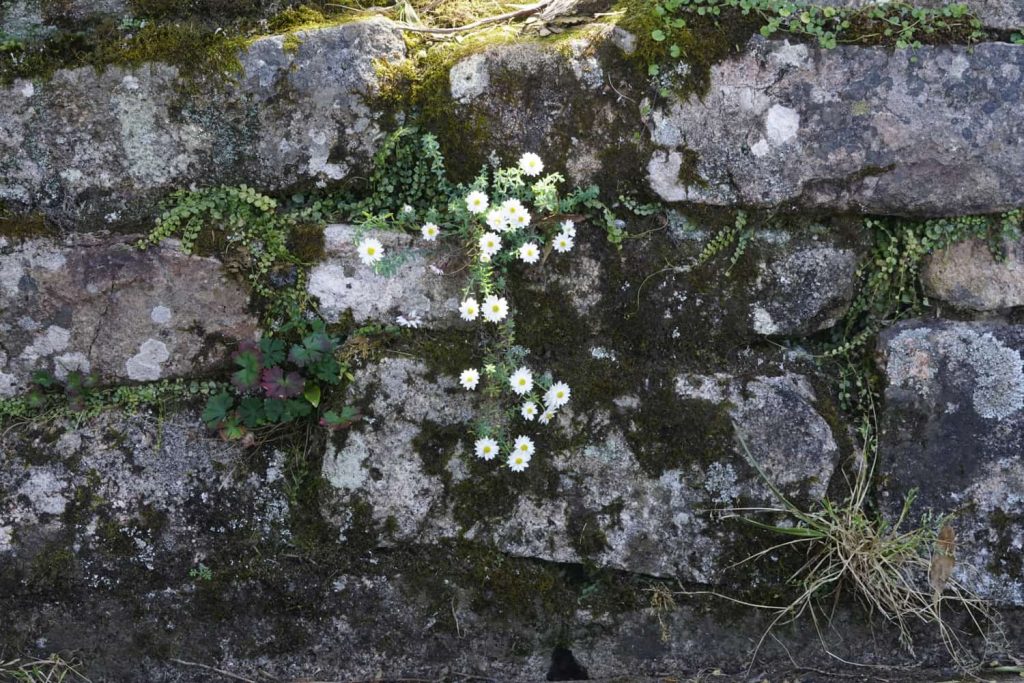 Then turn around, focus on daisies in a low stone wall, the trees shawled and branches snaking out over the precipice of the Dunghutti, Anaiwan and Gumbaynggirr.

This was a sacred place, there is no memorial and no celebration – this is Berarngutta, a men’s site.

Again, alone with Wyn and what looks like wilderness, this is
a joy, no international travellers, Sydney in lockdown, the border
with Queensland closed, we have each other’s breath and a sky
just about as large as it can get, ready to fall on us. 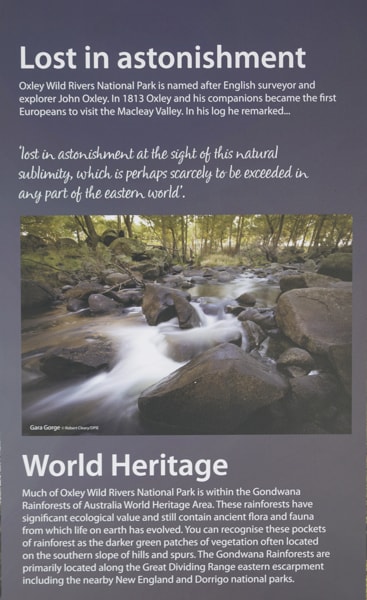 A solitude not of steel but prayer, this is where
holy men may have gone to get away from it all. 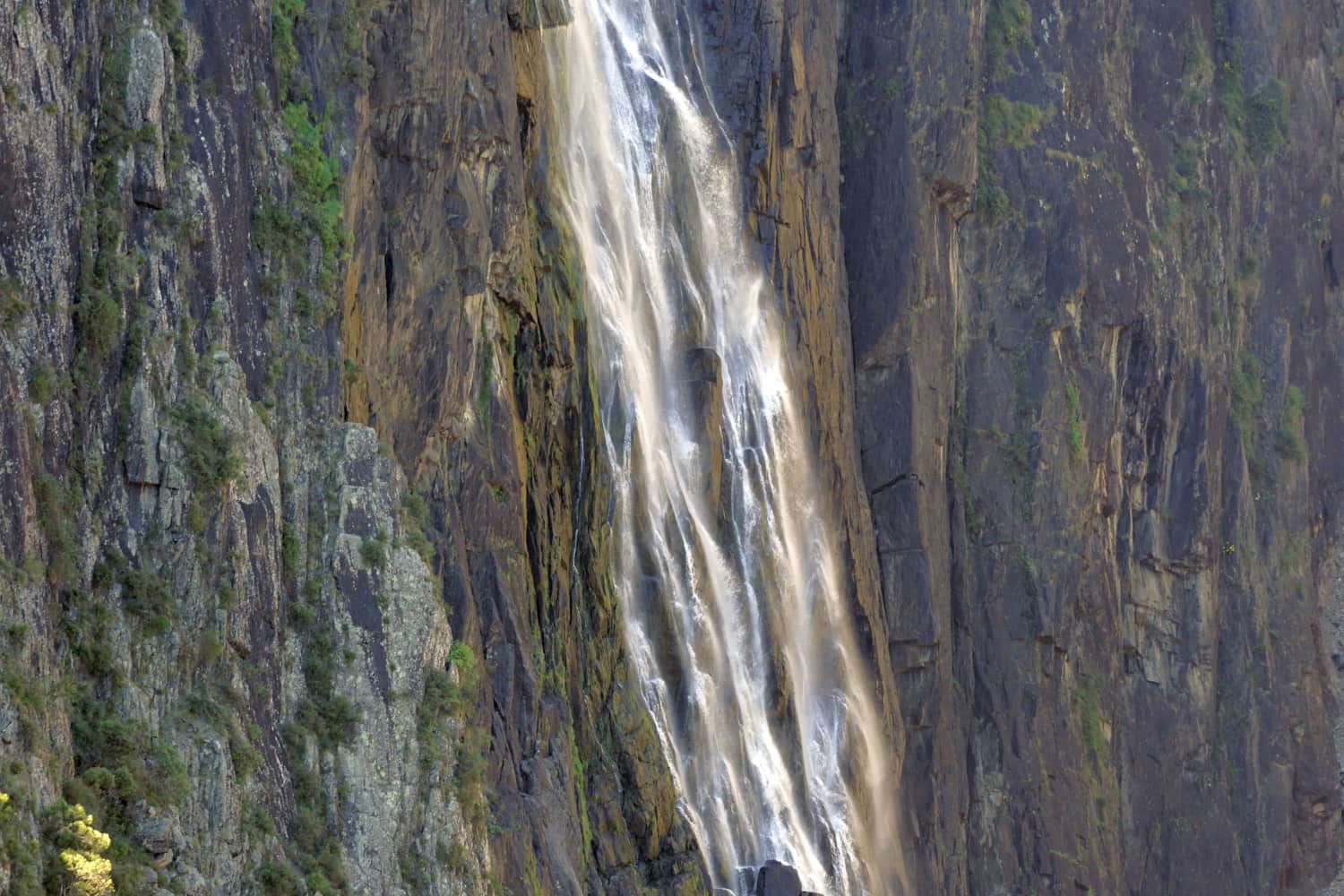 There are two cataracts on the Wollomombi River, a headstream of the Macleay River. I have never seen them combined in full spate. I can’t imagine the length of time it took for them to carve this vast gorge.

It was John Newberry exploring the Grand Canon in the US in 1858 who identified many layers of rock and concluded water erosion had caused it and not earthquakes or volcanos as previously thought. This suggested the earth was many millions of years old and not a few thousand as most believed. 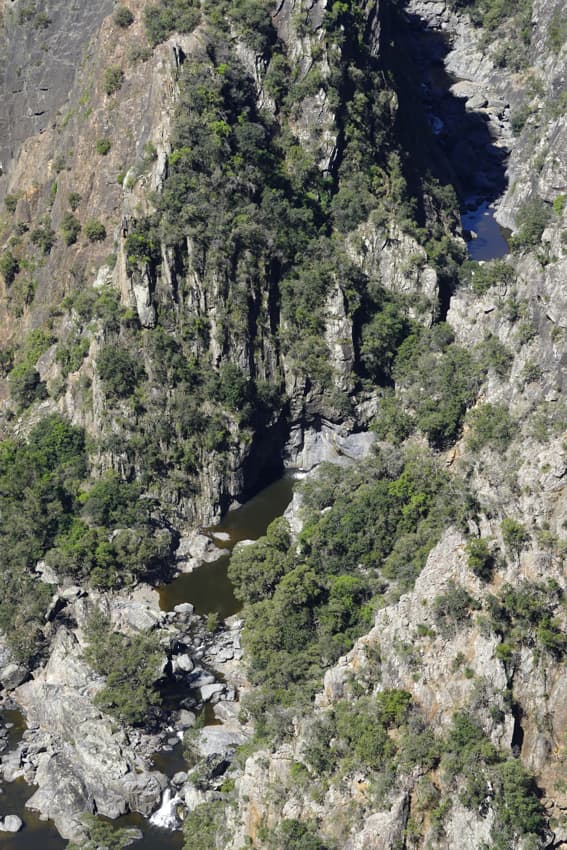