We are back from out west – a sudden trip in response to this email passed on to me from a Birdlife Australia guy :

“We arrived two days ago in the Macquarie Marshes and I have to say I doubt in a number of continents and more years than I care to specify, I have ever seen anything like the numbers of birds – in the air, on water and whatever little land and trees there are. We counted about 70 plus species in little over an hour. As far as the eye can see there were V-formations, flocks and mixed species clusters travelling in any direction and making avian air traffic control a serious issue.”

We got to the marshes via a lot of dirt roads, reached the observation platform, and not a bird in sight. The flocks had gone. 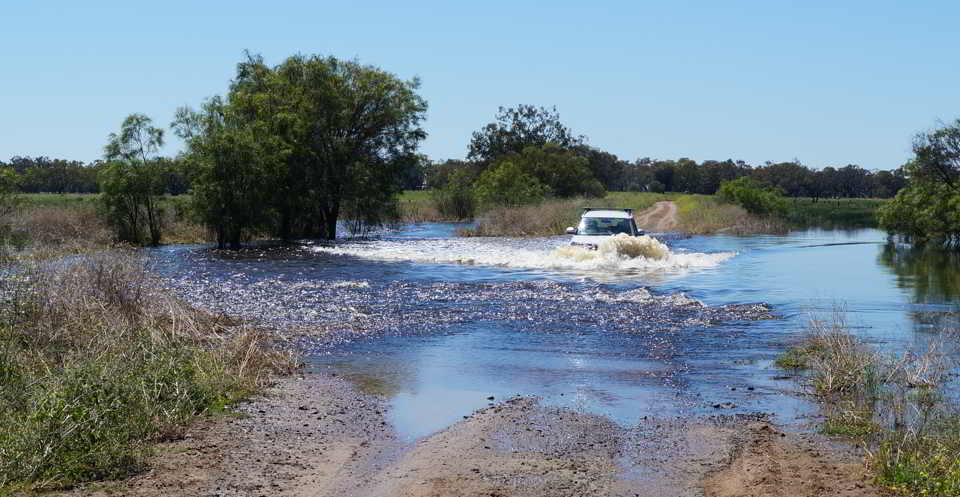 We carried on and one of the 4WDs got  marooned. We had to push it through two rivers with exhausts gaffer taped up. 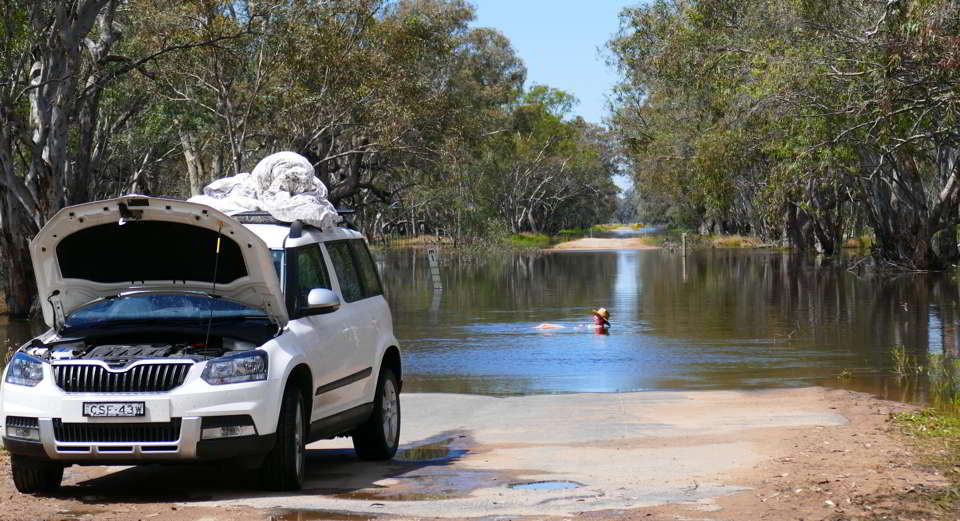