From Sydney back to the Bush, January 2016 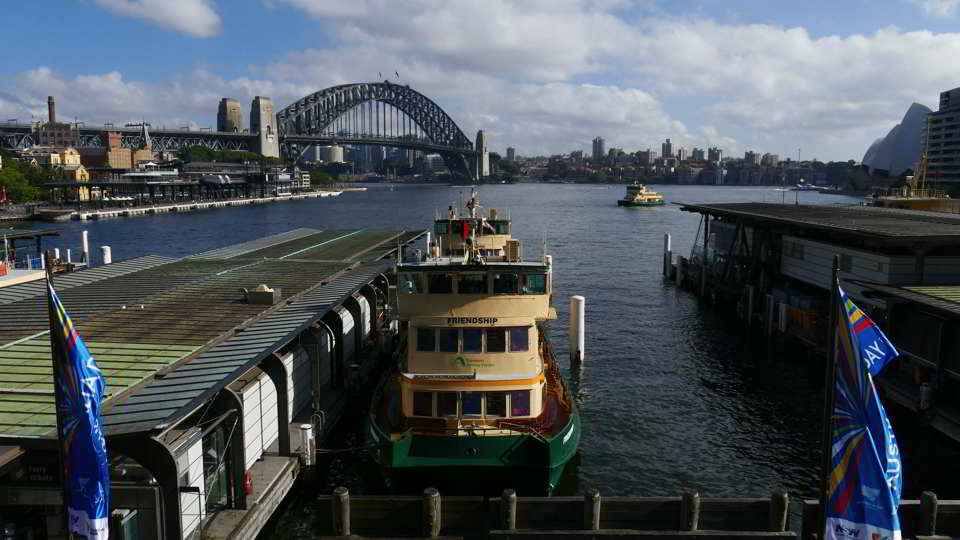 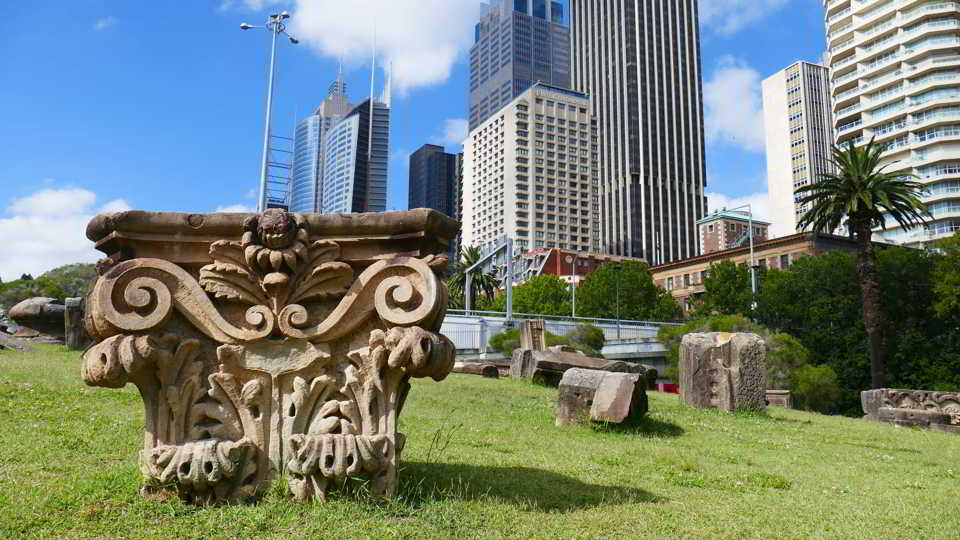 The identity of this city has changed; it is not the city I lived in for over thirty years.

In the MCA I reminisced with Justin Trendall’s screen-print, ‘Darlinghurst 2010’, aiming, ‘to record the creative energy of the inner city.’ His psycho-geography is familiar. The Trades Union Club became a key music venue in the eighties. We would watch bans like the Allniters, Spy vs Spy and Died Pretty, but joined to play snooker. A month later, they got rid of the tables for a cabaret room, trying to avoid going broke. BBQ King, always good for a late night feed, has closed, and First Draft has had many incarnations since Abercrombie St, Chippendale in the mid-80s where I exhibited poetry via Sony Walkmen.

Beyond these hand carved sandstone relics rise the ricocheting lights of corporate arcadia and Renzo Piano’s award-winning Aurora Place: ‘As part of a truly urban sculpture, the building responds to the context of the site, the nature of the views, winds and orientation whilst also aiming to produce a memorable living environment.’ (‘In the architects words’).

A friend was playing music for a party in a penthouse there last week. Three levels, he said, amazing views over the parks and Botanic Gardens. It sits on the old Black Stump (The State Office Block), a dungeon where I once worked, seconded from National Parks. Out of sight, beside the railway tracks, people are living in a string of tents in Belmore Park.

The Sydney genius is still unclear, penitentiary or colony? Spirit was the currency, pox and measles the catastrophic bailiffs, then boom then bust, war declared occasionally, melanomas popular and Chiko rolls with 1600 calories. Its identity has changed; Sydney is not the city I lived in for over thirty years. Demography spins the Greek, Italian, Yugoslav neighbourhood of Enmore into homes costing over a million. My Egyptian newsagent retired, the shop is now a trendy music venue, maximum capacity thirty.

Sydney is a crowded reservoir of nervous energy, the air foul and frayed from combustion engines accelerating and braking down clogged arteries. Blocks of units are being shoved in everywhere. The population will reach 5 million this year (2016). It’s hard to believe cities are ephemeral, or that one day the city will be found out.

Pulled out of Sydney at 5am, sparse traffic, we were in time to catch sunrise over Ku-rin-gai Chase National Park 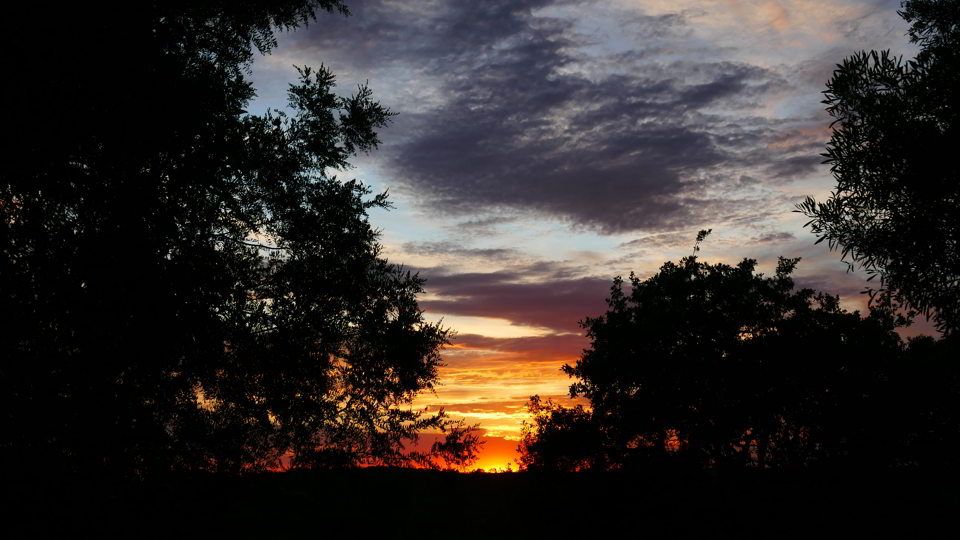 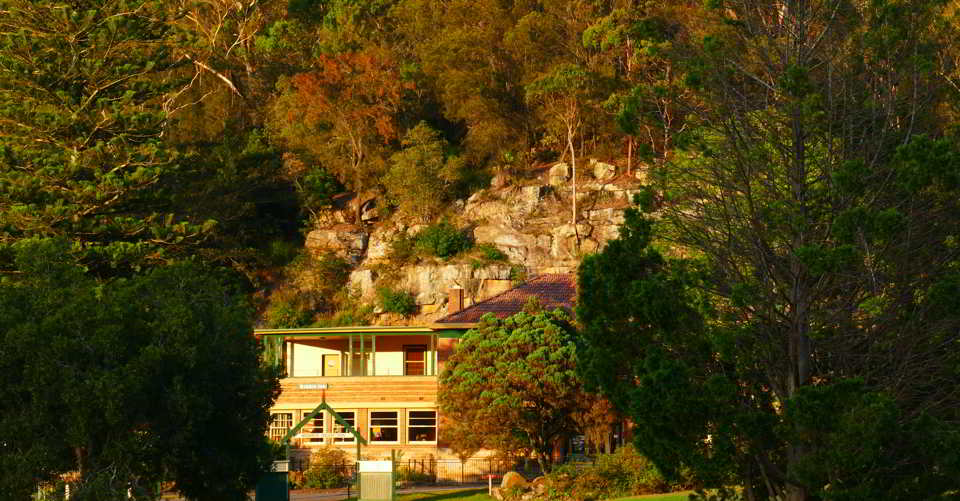 . . . low tide, the mud-bed of Cockle Creek is animated
by crabs who are also in possession of the boardwalk, our footsteps
slip them between the slats, peering up in defensive postures.

swallowing the past. The mythology of snakes, chipped
echidna totems, an intimacy avoiding infinity.
Guringai country litterer the continually present.

The light goes the long way round scattering blue into
the dark body of water, radiance paints the ridges and runs
down into an exuberant litany of flowers and trees: Kunzea,

that most sculptural of forms conceived inside rock
inviting attention, like the views (when I was not exhausted),
sweating up gorges, my water bottle dry by the end, always. 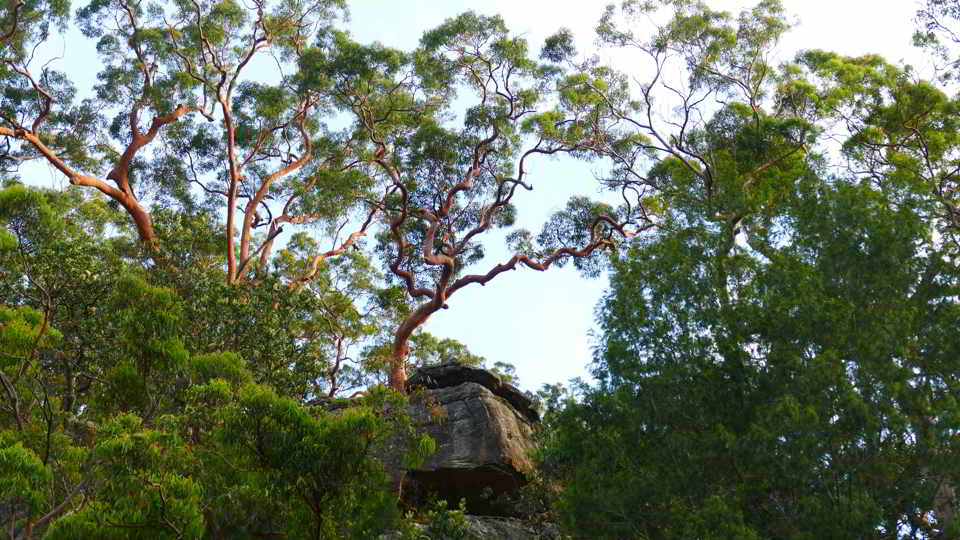 I would canyon lilos down the symmetry of cold,
then abandon beauty, retreating to Monday in the city.
Sometimes the harbour was the answer.

Our first Red-necked Wallaby with joey in the garden