Arthur Streeton moved up to Curlew Camp, an artist’s camp at Sirius Cove in the middle of Sydney Harbour, which had begun as a weekender for the Brasch brothers. The Brasch Family owned and operated a department store and the brothers set up a camp in Little Sirius Cove as a weekend retreat. Six years later it had evolved into a gathering place for artists, writers and musicians and when Tom Roberts joined Streeton in Sydney they stayed off and on here for a number of years in the early 1890s. Streeton lived in a tent here off and on from December 1892 to 1897 and subsequently revisited Sydney Harbour every five years or so to paint.

These were golden years of Australian Impressionism ansd landscape painting. It must have been exciting and fun, but these were also economically tough years of class conflict. Australian Labor Parties were formed in this decade prior to Federation.

The artist Julian Ashton reminisced, ‘To see him [Streeton] returning on Saturday nights, laden with parcels of bread, beer and beef, and as merry the while as a boy at a picnic, was a delight. In those days the painters’ material wants were few, but their hopes were unbounded.’[i]

There was a dining tent, dancing floor and a small piano. After 1900, the camp became less an artist colony than up-market camping spot with a weatherboard dining room, a billiard tent (called the Tabernacle) and well-maintained gardens. Tom Roberts painted ‘The camp, Sirius Cove’, later in 1899. It shows a number of shacks and the sandy beach which are all long gone. It was abandoned in 1912 when the adjoining bush was chosen as the site for the new Taronga Zoo.

Critic Sandra McMahon observes, ‘These works (by Curlew Camp artists] have been beautifully crafted and observed. They capture a moment in Australian art history when artists were actively seeking out new ideas and inspiration to seize a moment in time and create a sense of place. These artists wanted to exert their influence on recent cultural developments and establish a fresh approach to the genre of landscape painting. Artists today still endeavour to seek inspiration through new approaches and dialogues in contemporary issues and cultural developments.’[ii]

I start looking for recognisable landmarks and scenes.

What is rarely considered in the revolution of painting outdoors is the effect of natural aesthetics of the environment, the smells, sounds, panoramic sights, and insects (a grasshopper has been found embedded in the impasto of Vincent van Gogh’s Olive Trees).

The wonderful painters of Curlew Camp worked on landscapes, and ignored subjects closer to hand, the natural details, the birds, the beauty of sandstone erosions, the plants, the ecology. 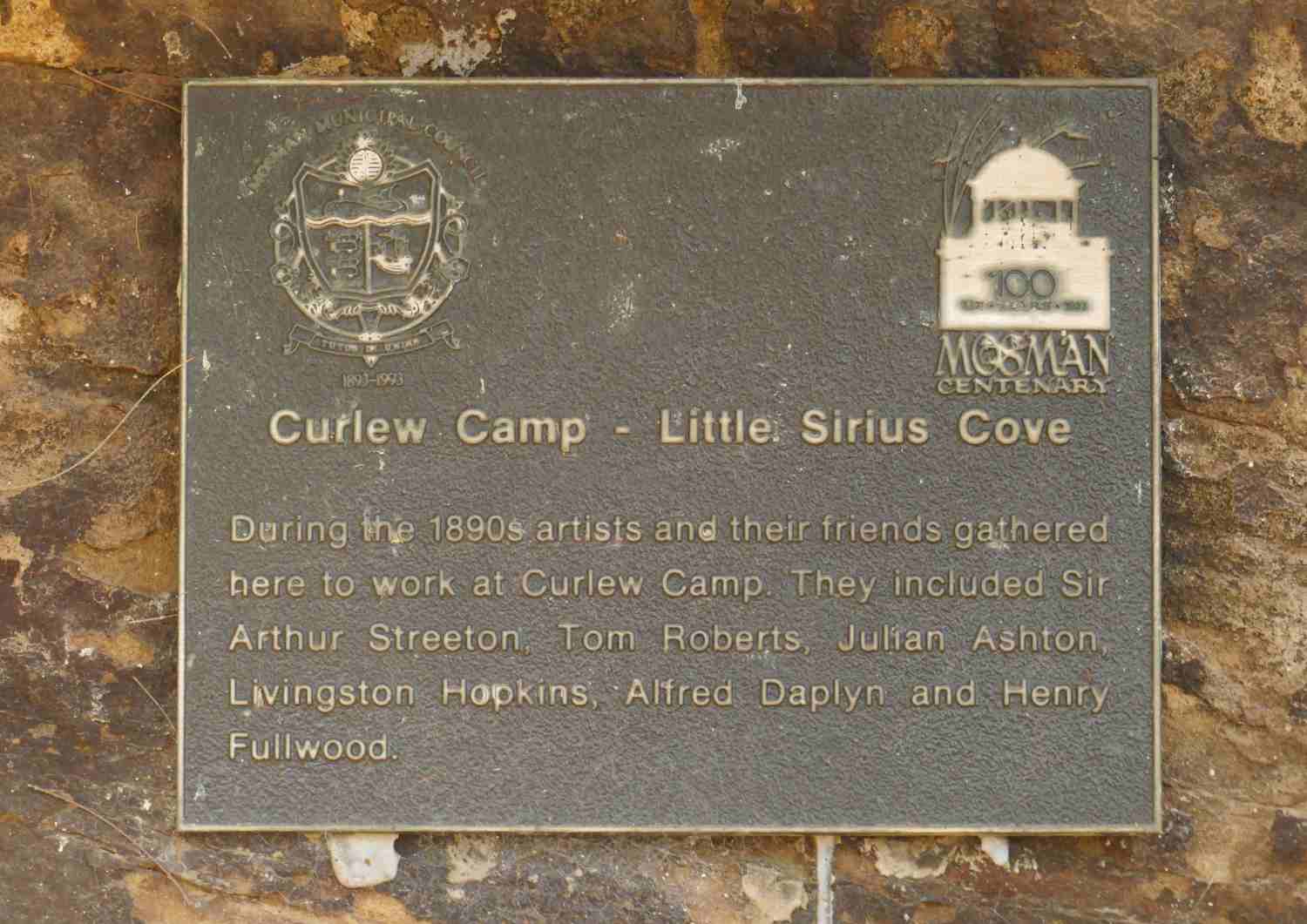 [ii] Sandra McMahon, Bush to Bay: Hinton and the Artists’ Camps is a collaborative exhibition developed in partnership between the New England Regional Art Museum and Mosman Art Gallery. Brochure, 2016-2017.