A new species of ants have appeared in the kitchen
They are nocturnal, fast and intelligent, escaping cleverly. 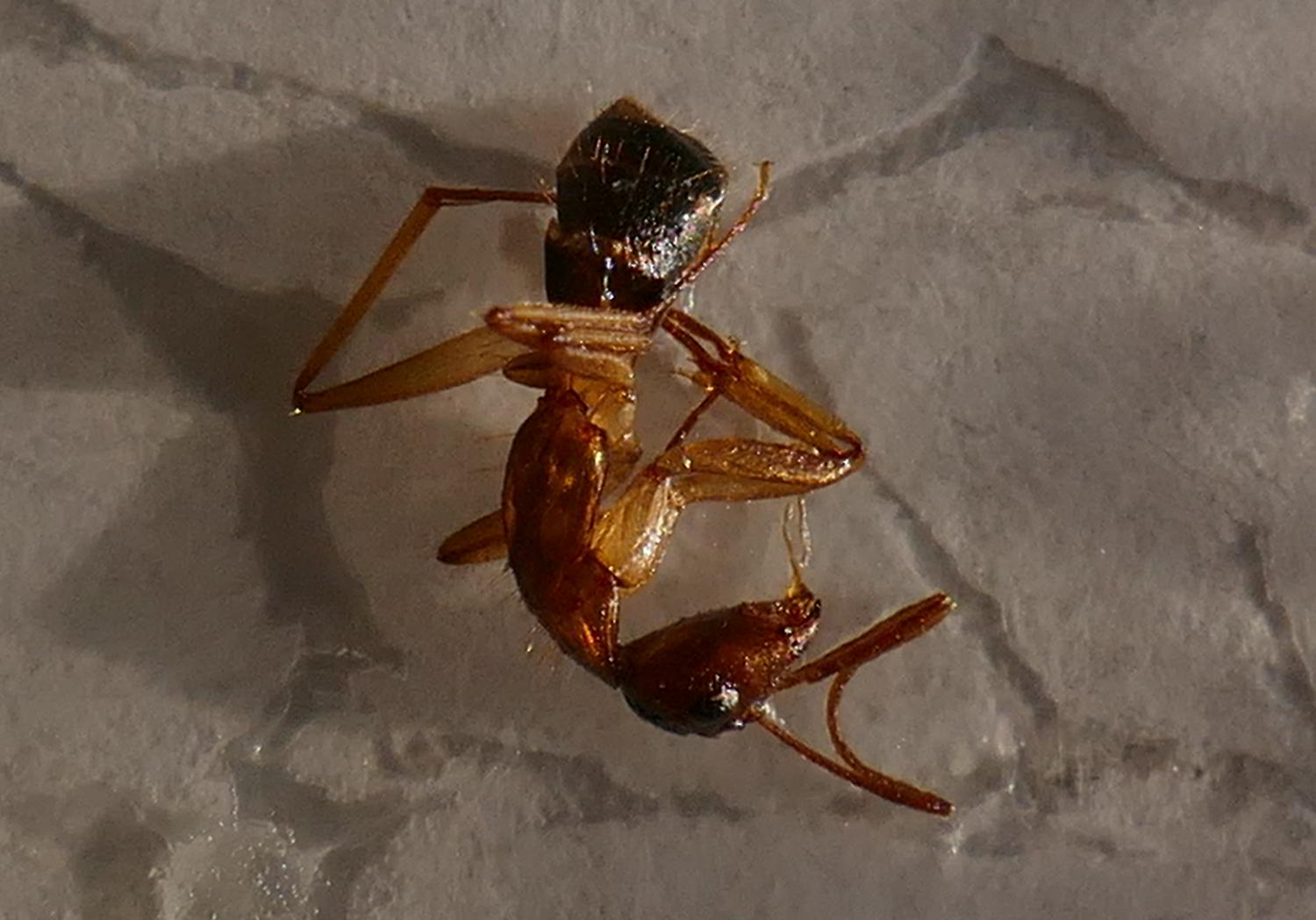 Ants represent 25% or more of the insect biomass on the planet, and collectively they weigh more than all the humans in the world. They are about 140 million years old.

They are useful in aerating the soil and collect the seeds from various Australian plants and keep them underground safe while they germinate. But I don’t want them in the kitchen.

A vast numbers of species (about 12,000) specialise in many different ways, some species even make other insects their slaves and relax. There are also specialist jobs intra-species, for example many ant colonies have cemeteries.

The discipline of myrmecology examines the social arrangements of ants. The speed at which they communicate via pheromonal messages is amazing.

‘I observed two large ants, the one red, the other much larger, nearly half an inch long, and black, fiercely contending with one another. In the meanwhile there came along a single red ant on the hillside of this valley, evidently full of excitement  . . . perchance he was some Achilles, who had nourished his wrath apart, and had now come to avenge or rescue his Patroclus. He saw this unequal combat from afar–for the blacks were nearly twice the size of the red–he drew near with rapid pace till be stood on his guard within half an inch of the combatants; then, watching his opportunity, he sprang upon the black warrior, and commenced his operations near the root of his right foreleg, leaving the foe to select among his own members; and so there were three united for life, as if a new kind of attraction had been invented which put all other locks and cements to shame.’ Walden, Chapter 12.