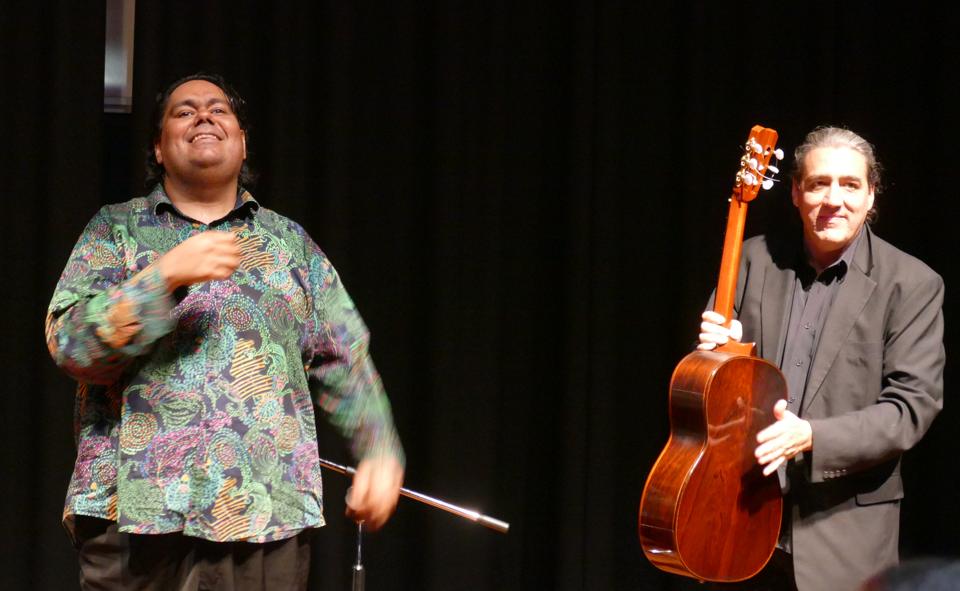 They mix it up – all kinds of styles with spirit and with humour. You could feel the music being made, not just played. 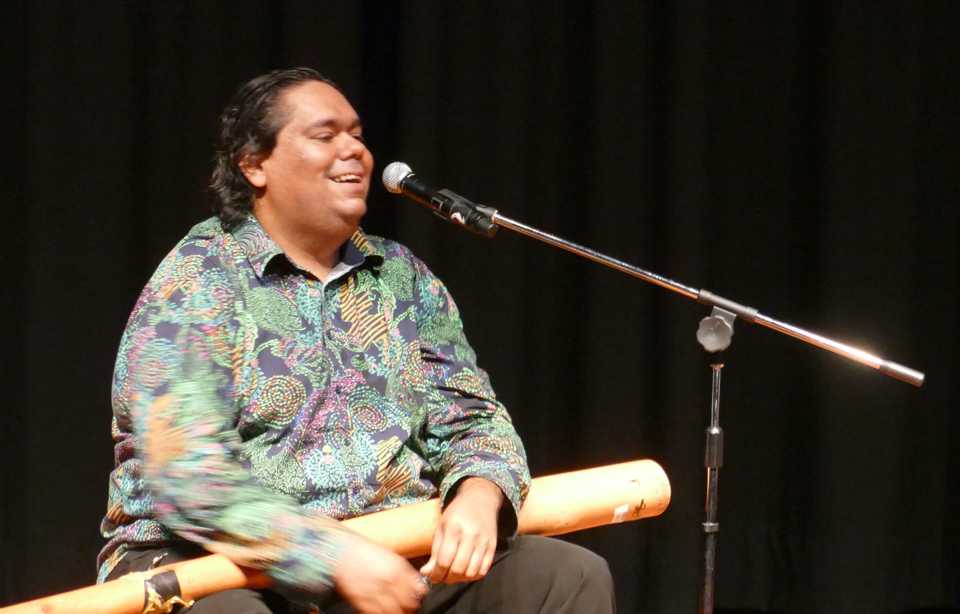 My favourite was the ‘White Notes between Heaven & Earth’ from the CD Desert Stars Dancing. Having a beer with them later Anthony said it was the first piece he wrote with Will in mind.

This was a concert that made one feel alive and more than happy, heartfelt and spiritual.

I have been to Iran twice, once before the revolution and once during the revolution, just a couple of weeks before the Shah fled. I found a beautiful country with some lovely people, but then happiness and music was outlawed. In May, six young Iranian students, film-makers and photographers who made a video tribute to Pharrell Williams’ hit ‘Happy’ (one of over a thousand remakes worldwide as it happens) were arrested. They were dancing and smiling to the song on the streets and rooftops of Tehran. Police chief Hossein Sajedinia said the ‘vulgar clip’ had ‘hurt public chastity’. They were sentenced to up to one year in prison and 91 lashes, suspended for three years, so they are free unless they reoffend.

The Taliban Ministry for the Promotion of Virtue and Prevention of Vice banned ‘any equipment that produces the joy of music.’ In March 2001, Mullah Mohammed Omar, their reclusive spiritual leader, issued a decree that all Afghanistan’s ancient statues should be destroyed, including those at Bamiyan. I never saw them, was sick in Kabul and now have missed my chance. Using tanks and rocket launchers they destroyed the two enormous Buddhas, 38 and 55 metres high, carved into a cliff-face, which had survived since the second century AD (one thousand years before the arrival of Islam in Afghanistan).

Destroying religious imagery is one thing, denying youth and children happiness seems even worse to me. ‘The children were flying kites in Kabul yesterday, little squares of home-made paper, one of them dancing in the thin breeze over the derelict hulk of the headquarters of the Taliban’s religious police. When the children had gone to bed the night before, kites were a forbidden joy. When they got up, the kite-haters had vanished.’ (James Meek, ‘Freedom, joy – and fear’, The Guardian, 14, 11, 2001).

Iconoclasm has a terrible history in the West also. In the 1550s, Calvin reformed the Swiss church by imitating the primitive church as described in the New Testament. He strengthened the independence of church from state (pastors chose pastors and teachers), though Geneva’s city council insisted on its right of ratification. Elders had to review the moral conduct of every single citizen and even visit every home once a year. Severe rules curtailed personal freedom and forbade all luxury, usury, games, dancing and other amusements. Calvin denounced Geneva citizens who defended the sinful practice of dancing.

H.L. Mencken defined Puritanism as ‘the haunting fear that someone, somewhere, may be happy.’Puritanism in all its forms is worrying because so absolutely confident that it is absolutely right and superior. One problem is the word. Sacred texts that are seen to be the last word on everything from what you can eat to how the cosmos began.

‘The double-bind of the iconoclast is that he finds paintings to be worthy of attack because he acknowledges the power of visual and kinetic experience.’ Ellen Spolsky (Ordinary Dutch Landscapes’, Common Knowledge, Fall, 1996, p169).