A dance of death

Argiope keyserlingi and Argiope aetherea are called St. Andrew’s cross spiders because of how they hold their legs in pairs. In addition to their standard orb-web, Argiope spiders build additional white opaque zig zag lines on their webs, called stabilimentum, unclear why.
The females often eat the males. 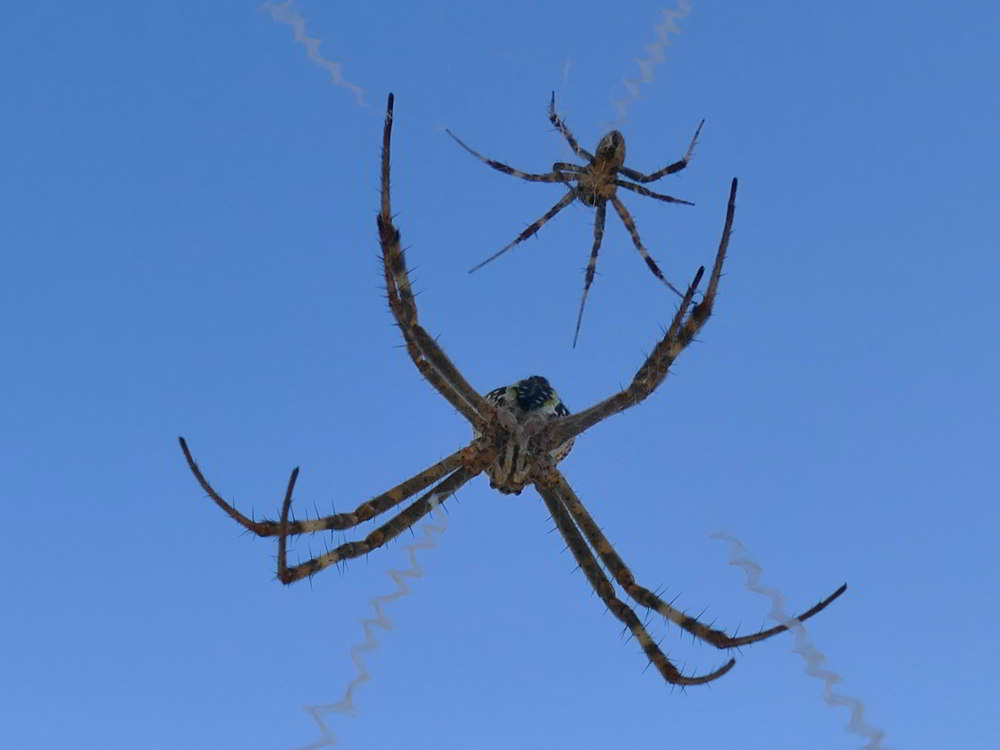 This male was dancing around her web, gently pulling on her legs in acts of seduction before approaching in a whirl.

I couldn’t see what was happening – and thought he was being eaten, but this time he emerged. Three weeks later she left a green egg sac behind and moved on further down the steps.

John Constable on the edge of the Pacific