COVID-19 should have been stopped in its tracks in Wuhan. The Australian

The Disastrous Employment Numbers Show Almost Every Job Is at Risk. NY Times

In this half-life of quarantine, danger lurks in the unlikeliest of places: the touch of an elevator button, a store-bought carton of milk, my son’s sneeze. Literary Hub[1]

A restless night, in its centre I listened to a program on loneliness. A subject I wanted to look at having just posted on Solitude.

We are all different, being alone need not develop a sense of feeling lonely, but that can come easily to some, and it increases the risk of premature death by 26%, increases the risk of suicide and is linked to depression and impaired immune systems. [2] Actual and perceived social isolation are both associated with increased risk for early mortality.

Harvard professor Robert Waldinger is the director of the longest happiness study ever conducted (over 75 years) following the lives of 724 men. He discovered that ‘experiencing loneliness is toxic.’[3]

While awake you are constantly making new synaptic connections in interactions with the environment. Other people are an important part of our environment and close social interaction is important for human development and wellbeing. The brain shrinks connections in isolation, but there are individual differences. Brain studies of subjects in isolation and in darkness show that some people’s brains are very active, thinking and exploring, others are not, some are waiting for external stimuli. [4]

Working at something you enjoy doing, or enjoying the natural environment, or enjoying reading, music, watching a film or program, will help keep the brain interested in the environment, and keep loneliness at bay in these times of lockdown. Life is embodied both humans and birds, and at various levels retain a sense of zuhanden, of embodied skilled practice giving meaning and satisfaction – or what Mihaly Csikszentmihaly calls, being ‘in the flow’, engaging in, ‘the activity itself, the pattern, the action, the world it provides.’[5]

Will we stop the destruction for the sake of future generations, or go on changing the planet to our immediate needs? If the latter, planet Earth will enter a new era of its history, cheerfully called by some the Anthropocene, a time for and all about our one species alone. I prefer to call it the Eremocene, the Age of Loneliness. Edward O Wilson[6]

The solitary goose does not drink nor peck,
It flies around, calling for its flock.
Who remembers a shadow,
When it is separated by layers of clouds?
Du Fu, The Lonely Wild Goose, c760

A trip to Nambucca to post a birthday card. Some things won’t wait. 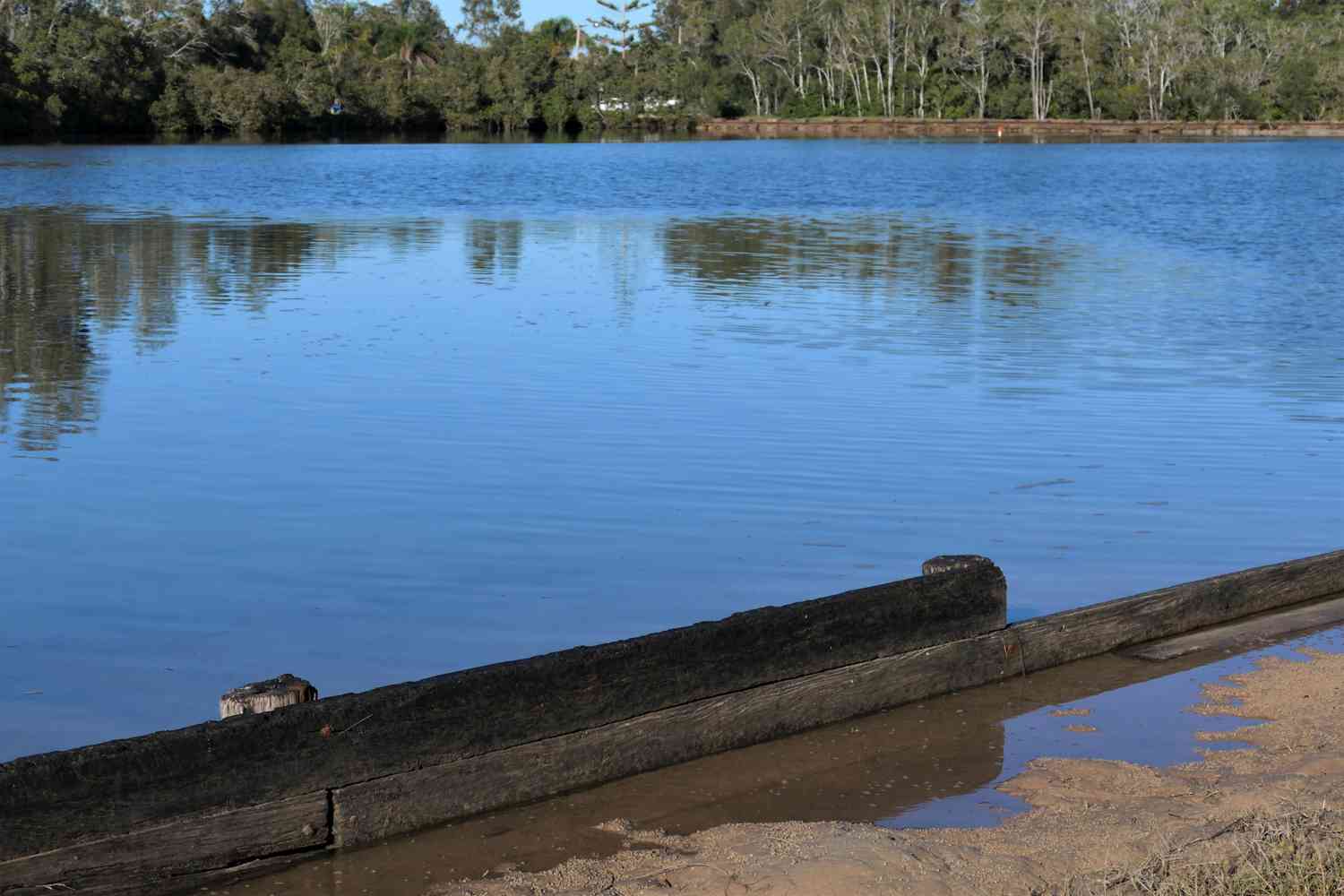 The river is often bursting its banks here. It makes no difference to the swallows 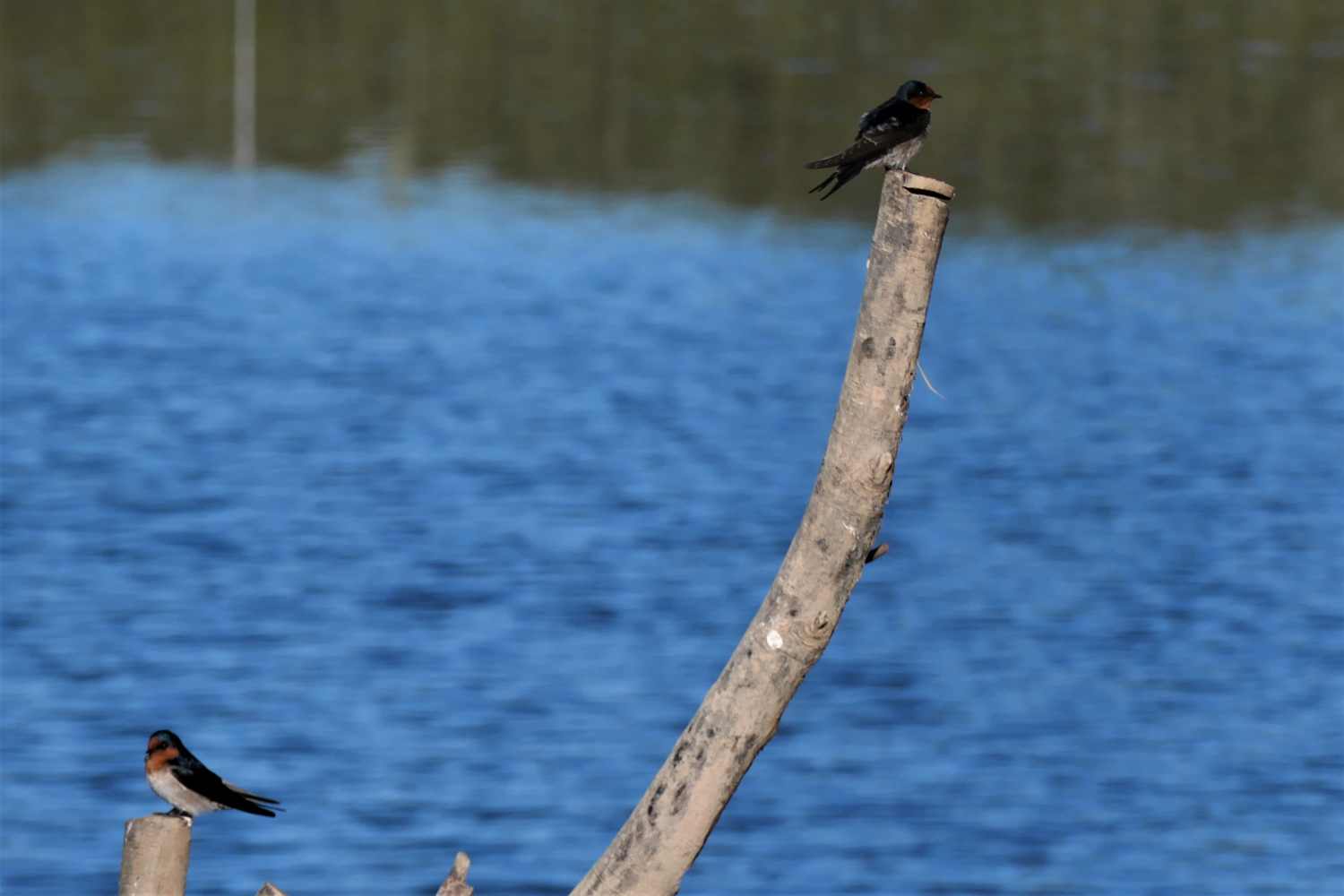 or the mangroves accepting one thin slip of light. 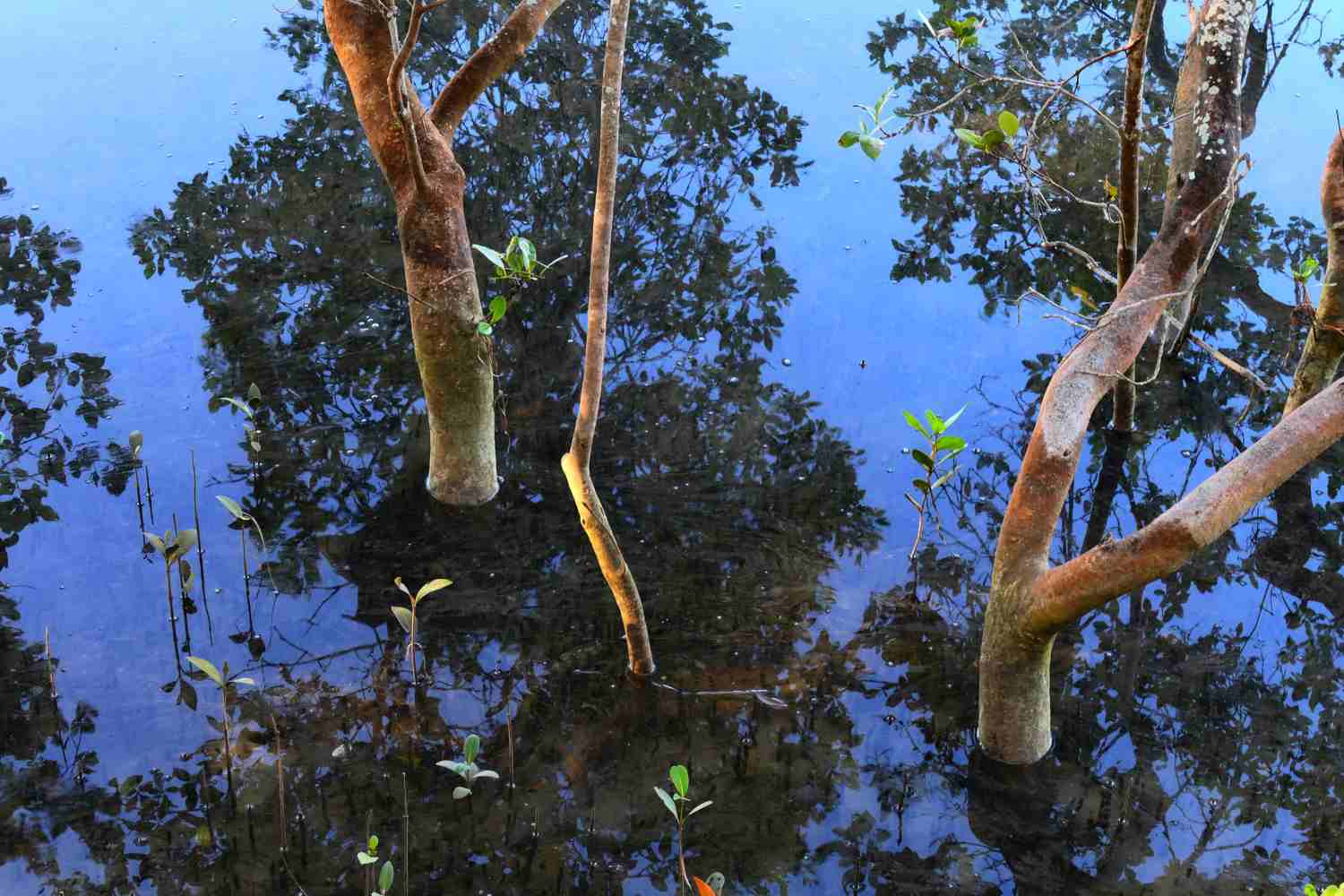 Today, VE Day 75th anniversary celebrations in Britain, war in Europe over. Images of joyful crowds in London and New York, celebrating as one seem the opposite of loneliness. I’m reminded by the celebrations by a Pied Butcherbird which flies up to our roof and wiggles its wings. A young Kookaburra joins tea with friends, checking out if there’s any food to steal – I note six species of butterfly passing as we eat including a pair of beautiful tiger blues.

We watch Ben Fogle visit a scientist in the remotest part of Siberia. A land of sweeping rivers, lakes, swathes of forest and swarms of mosquitoes. A biological desert he called it. 20,000 years ago or so the ingenious people killed all the endemic species, like the Woolly Mammoth, species that lived here and kept the trees from taking over the grasslands. With global warming the tundra is melting and will release huge amounts of greenhouse gasses, he want to bring back animals and destroy the forests which keep the ground 3-4 degrees warmer than grasslands.

Not one bird heard or seen during the whole program.  Wyn says imagine not having King Parrots land on our decking, what a poorer world ours would be.

We watch Danny Boyle’s spectacular production of ‘Frankenstein’ at the National Theatre, streaming during this crisis. With a shocking spark of lightning, a newborn being struggles out of a square womb and starts to struggle. An effort to breathe, the pain of moving his hands like flippers, to make a noise, the scrabbling of limbs, his screaming struggle to become present. Jonny Lee Miller does a brilliant Butoh-esque account of the first painful unbalanced steps to becoming alive. Can empathy help beat loneliness and depression, or art and literature?

‘In the middle of our life’s journey, I found myself in a dark wood.’ We will all find ourselves in a dark wood one day, the lines suggest. That day came six years ago for me, when my pregnant wife, Katherine, died suddenly in a car accident . . . The Divine Comedy’ didn’t rescue me after Katherine’s death . . . But I would not have been able to make my way without Dante. In a time of soul-crunching loneliness — I was surrounded everywhere by love, but such is grief — his words helped me refuse to surrender. Joseph Luzzi[7]

Writing poetry is solitary, and perhaps lonely if you want more than a poem in front of you.

Ananda is feeling disillusioned and often at sea in the strange coldness of his London; he had dared imagine it differently, of following in Indian poet, Dom Moraes’s footsteps, to be discovered by Stephen Spender as Moraes had been championed by Auden: with ‘his sights … set on the Olympian, the Parnassian’, hopes are now pinned on ‘some lonely editor tired of sifting through dry, knowing poems by English poets’ at Poetry Review seeing the spark of life in his.[8]

In today’s Literary Hub, Rebecca Solnit wrote of Michael McClure after his recent death: He also had one of the most beautiful reading voices I have ever heard, a little worldly and knowing.[9] I saw him read not that many years ago in London. I recall an assured, poet, standing there a famous icon being a poet, his performance too practiced cool. His words failed to meet me, I didn’t believe them. He died on May 4 aged 87. He was 22 when he read a poem about whales at the Six Gallery, a former auto repair shop Oct. 7, 1955. The other poets Philip Lamantia, Gary Snyder and Philip Whalen, with Kenneth Rexroth as M.C. and a large audience heard the birth of the Beat movement in literature when Allen Ginsberg read an early version of ‘Howl’. I had no idea he was that old, had aged so well. I was listening to Yeats read on YouTube yesterday, he sounded vatic and very much like Pound, the words echoing the persona.

Antoine Roquentin a depressed historian, protagonist of Jean Paul Sartre’s first novel Nausea, is a lonely outsider working on a biography in Bouville (a cover for Le Havre). Roquentin ia about to return to Paris his love for a woman finished, but he walks the streets of, not as a curious flaneur but as a very lonely man cut off from family and with no friends. He thinks his being conscious of being empty and bored is absurd, and that realigns his sense of self.

God, but life is loneliness, despite all the opiates, despite the shrill tinsel gaiety of “parties” with no purpose, despite the false grinning faces we all wear.  Sylvia Plath

A certain beauty can seep into loneliness.

One definition of the Japanese aesthetic term Sabi is: a poetic ideal point[ing] toward a medieval aesthetic combining elements of old age, loneliness, resignation and tranquility [with connotations of loneliness and desolation, pointing to such images as frost-withered reeds on the seashore…Underlying this aesthetic was the cosmic view typical of medieval Buddhists, who recognized the existential loneliness of all men and tried to resign themselves to, or even find beauty in, that loneliness. [10]

Rachel Corbett writes about the poet Rilke coming to Paris to write about Rodin, who he thought was the greatest artist alive. He wrote a letter after their first meeting admitting: ‘It is not just to write a study that I have come to you, it is to ask you: how should I live?’ ‘Travailler, toujours travailler’ was the answer, though it made neither men happy, both having abused and cut themselves off from friends and family. His wife frustrated wanted to know how he would balance art and family commitments. Rilke passed on Rodin’s response: ‘One must choose either this or that. Either happiness or art.’

How should I live? was the question Greek philosophy was really interested in. They thought the answer lay in achieving eudaimonia, the individual being favoured by the gods. It is often translated as happiness, but Martha Nussbaum prefers the term ‘flourishing’. The philosophy of Epicurus is unblinkingly focused on eudaimonia, and consequently is unapologetically therapeutically-oriented; for him, ‘every branch of philosophy must be assessed for its contribution to practice. If it makes none, it is empty and useless.’ [11]

Flourishing is usefully informed by the ethical frameworks provided by Nussbaum in her ‘Capability Approach’ linked to the renewed interest in virtue ethics and the concept of Wellness. A capabilities approach cites: ‘waste and tragedy when a living creature has the innate or ‘basic’ capability for some functions that are evaluated as important and good, but never gets the opportunity to perform those functions.’ [12]

Martin Seligman has a variation on achieving Eudemonia, the acronym Perma for the five crucial elements pursued for their own sake: positive emotion, engagement (the feeling of being lost in a task), relationships, meaning and accomplishment: ‘Well-being is a combination of feeling good as well as actually having meaning, good relationships and accomplishment.’[13] Lockdown can obviously affect all five elements.

Corbett writes that after reading Rilke’s ‘Letters to a Young Poet’, she felt that, ‘Loneliness is just space expanding around you. Trust uncertainty. Sadness is life holding you in its hands and changing you. Make solitude your home.’ [14] It is a dangerous path.

[2] ‘Across studies in which several possible confounds were statistically controlled for, the weighted average effect sizes were as follows: social isolation odds ratio (OR) = 1.29, loneliness OR = 1.26, and living alone OR = 1.32, corresponding to an average of 29%, 26%, and 32% increased likelihood of mortality, respectively. We found no differences between measures of objective and subjective social isolation. Results remain consistent across gender, length of follow-up, and world region.’ J Holt-Lunstad et al, Loneliness and social isolation as risk factors for mortality: a meta-analytic review. Perspect Psychol Sci. 2015 Mar;10(2):227-37.

[4] Ian Hickie, Professor of Psychiatry and Executive Director of the Brain and Mind Institute. The brain in isolation All in the Mind, Sun 3 May 2020,

[10] The pocket encyclopedia Japan: Profile of a Nation, from Kenkyusha. https://tokyotombaker.wordpress.com /2010/12/27/wabi-or-sabi/. Wabi-sabi, is often used as the two terms are congruent.

[12] Martha Nussbaum, Frontiers of justice: Disability, nationality, species membership, The Belknap Press, 2006, p347. Nussbaum lists ten fundamental capabilities: 1. Life. 2. Bodily Health. 3. Bodily Integrity. 4. Senses, Imagination, and Thought. 5. Emotions. 6. Practical Reason. 7. Affiliation. 8. Other Species. 9. Play. 10. Control over One’s Environment, Political and Material. But against Aldo Leopold’s Land ethic, and the tenets of Deep Ecology, she warns against, ‘any theory that alludes to the characteristic flourishing and form of life of a species: the danger of romanticising ‘Nature’, or seeing nature as a direct source of ethical norms.’ p347

[14] Rachel Corbett, You Must Change Your Life: The Story of Rainer Maria Rilke and Auguste Rodin, W W Norton, 2016