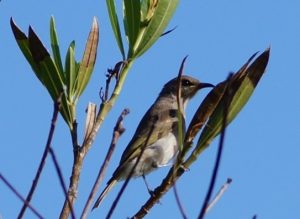 Something’s missing, I forgot my camera, so this is new.
I watch a Brown Honeyeater sing from the tip of the tallest
mangrove, which is not very tall. He is breathing hard,
puts body and soul into it, stretched up, feathers quivering,
a loud voice for a tiny, neat bird, a touch of yellow mascara,
pale olive wings and tail and pale grey belly.
His song is answered down the line.

I record them on my phone, it appears I want to bear witness.
Another arrives and the singing stops, they chase each other
around the trees, so tightly bound and balletic
I suspect its courtship, romance in the air.

The slop of a lazy stroke from a black a wetsuit .  . .
On the far spit, a congregation of Little Black Cormorants,
a few Pied, about fifty Crested Terns and a pair of Great Egrets.
One by one the cormorants rise in a ragged line and sink
onto the water in a flurry of ricocheting splashing, too
far to hear. The hunt gradually moves further upstream.

The terns start their guttural chatter, a few lift off
and wheel over the mouth for some relaxed fishing.

We pass two fishermen on the rocky arm, watch a school
of good sized Bream pass close to the edge,
a procession in ones and twos moving upstream
away from the hooks. There must be a hundred,
then more follow that same narrow course,
then third group, nearly 300 I estimate,
plenty of small Batfish and yellow stripyes
are scattering near the surface.

I breathe deeply, notice the sea breeze on my legs,
feel gravity, turn 360 head raised to take in a sky-full.
Fresh air is wonderful but somehow rare.

One Pacific Black Duck flies up the centre of the river
with a couple of half-hearted, barely audible quacks.
We turn to see what the ruckus is, a pair of Masked Lapwings
are complaining, one is diving onto a pair of Oystercatchers
who take off, then starts arguing with another pair of Lapwings.

We retrace our steps, ‘Fucking heaps of them down here, Jace’.
‘I know, I threw some sand in and . . .’
The Lapwings are still going off and I see why, a tiny
speckled chick is chugging down the sand island
towards a parent sheltering three more under the wing.

I wish I had my camera.

We are out of whisky, on the way stop off up river, a Great Egret
is posed, neck strained out at 30 degrees, poised stone-still
till a stab, flurry of silver, the snake neck bulges and flaps off.

A Pair of Eastern Rosellas fly over announcing their arrival,
perch in the rigging of a casuarina and preen precious feathers,
colours that make you smile and weaken at the knees.
Three Yellow-tailed Black Cockatoos growl across the water.

There are sounds I would never have found. 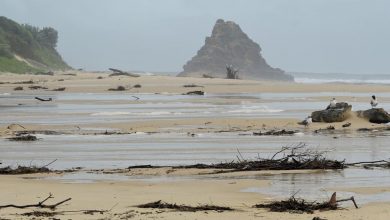 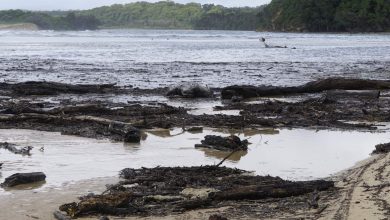 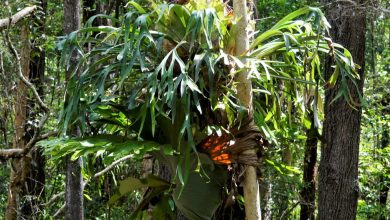 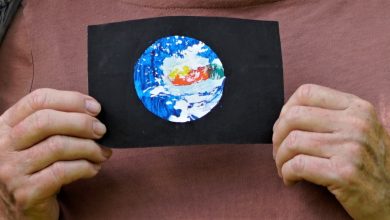