All Australians have been told to stay at home except for essential outings, including work, grocery shopping, and medical appointments and supplies. Guardian Australia

Eos – perfect for the first day of isolation,
the vast doorway changing by the second
English doesn’t have a morning equivalent
of our abbreviation for ‘between light’ – twilight.
I use Eos, granddaughter of Gaia, the Greek
goddess of pre-dawn, who opened the gates
of heaven for her brother, the sun god Helios.

The sun is about to lap the ocean, when cloud rolls.
One Cormorant flies in, an advance party of one
and when the sun emerges too bright to face,
I trace the river edge looking for two stingrays
I nearly stepped on two weeks ago. All I do
is frighten small fish, their scurry and ripples
flick crumbs of light. One rapidly zig zags
drawing exquisite bow waves across the surface. 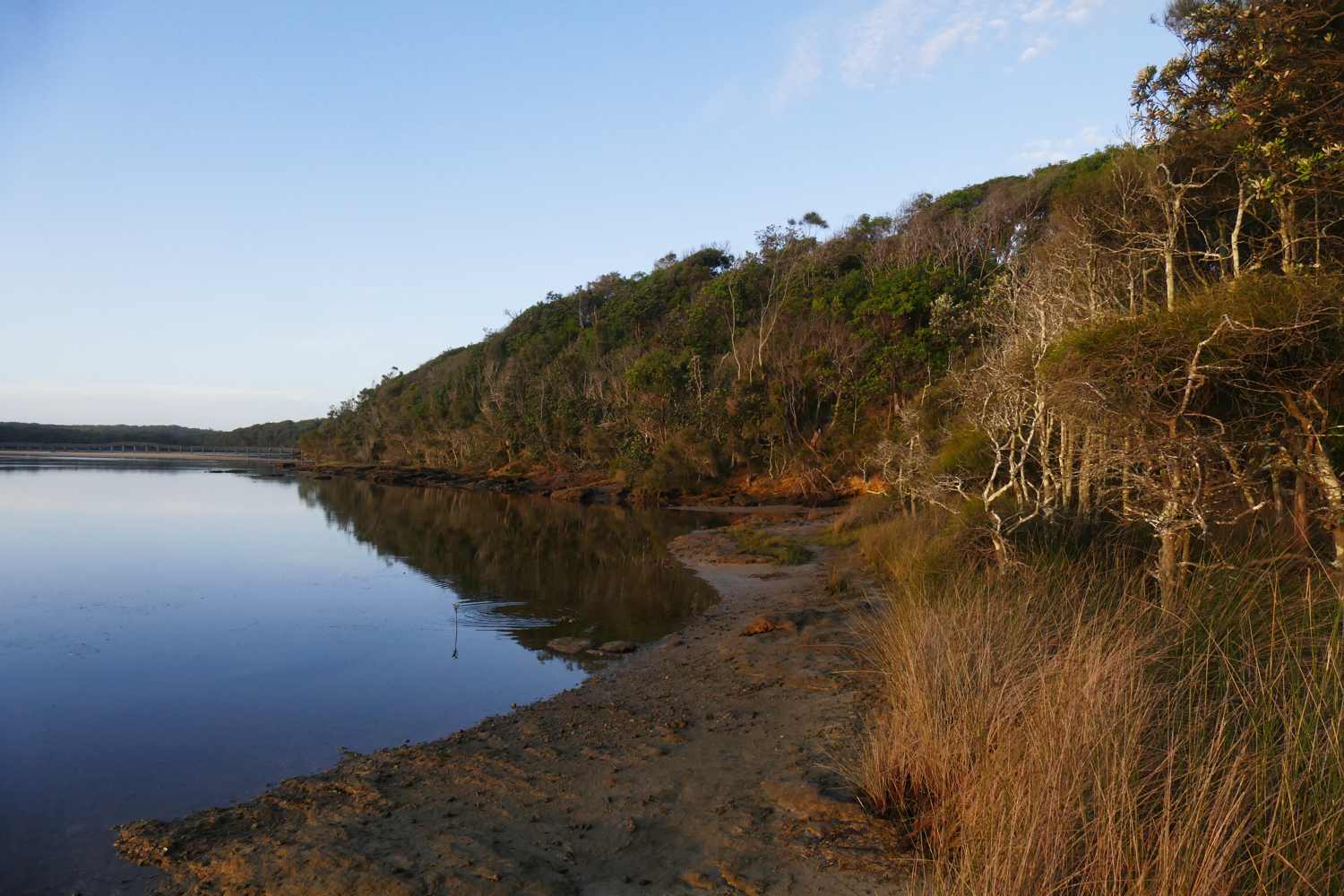 I try to avoid standing on shells in a convocation
of mud whelks strewn over a section of shore
and river bed, near the first seagrass meadow.
They must be bush tucker, squeezed in middens. 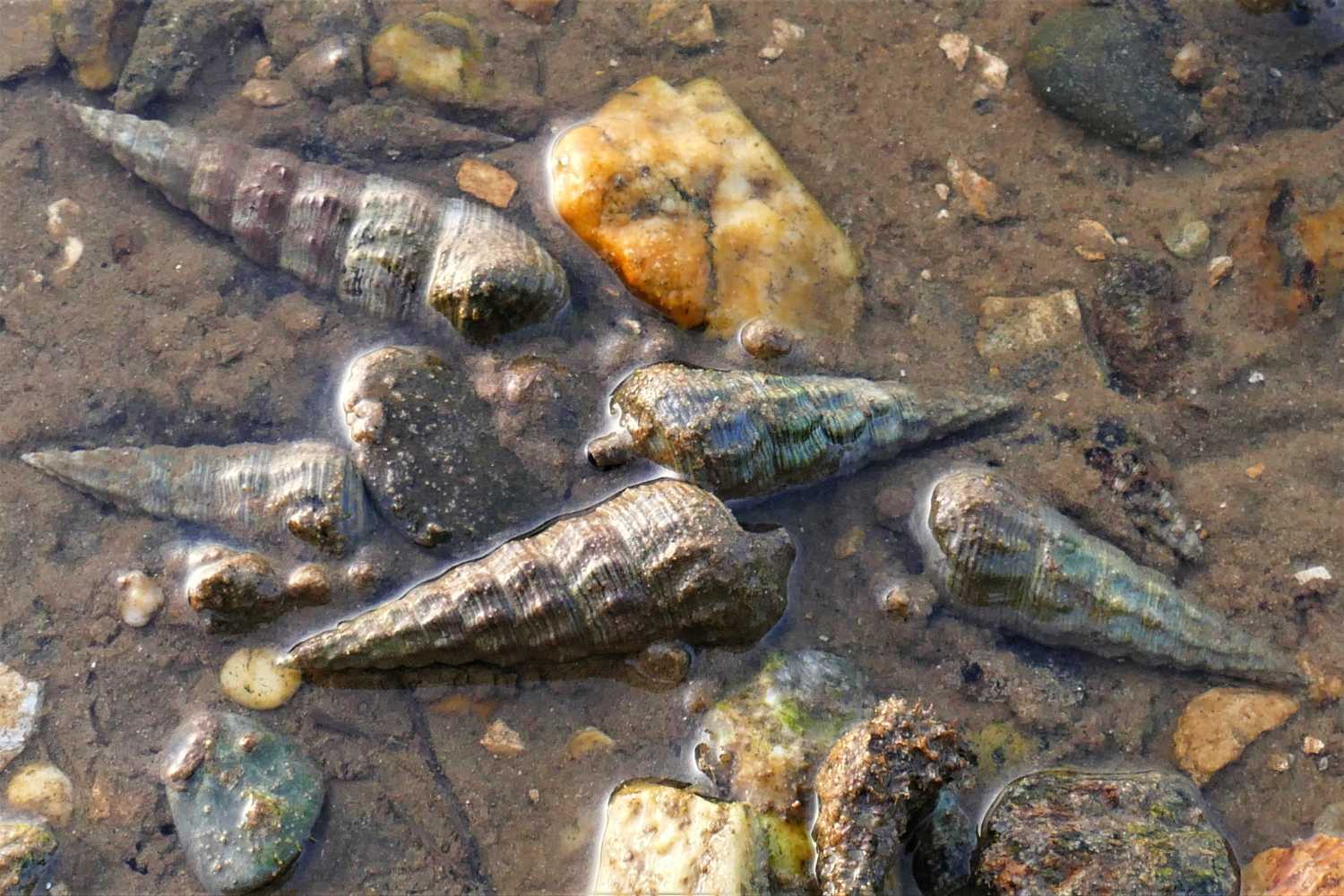 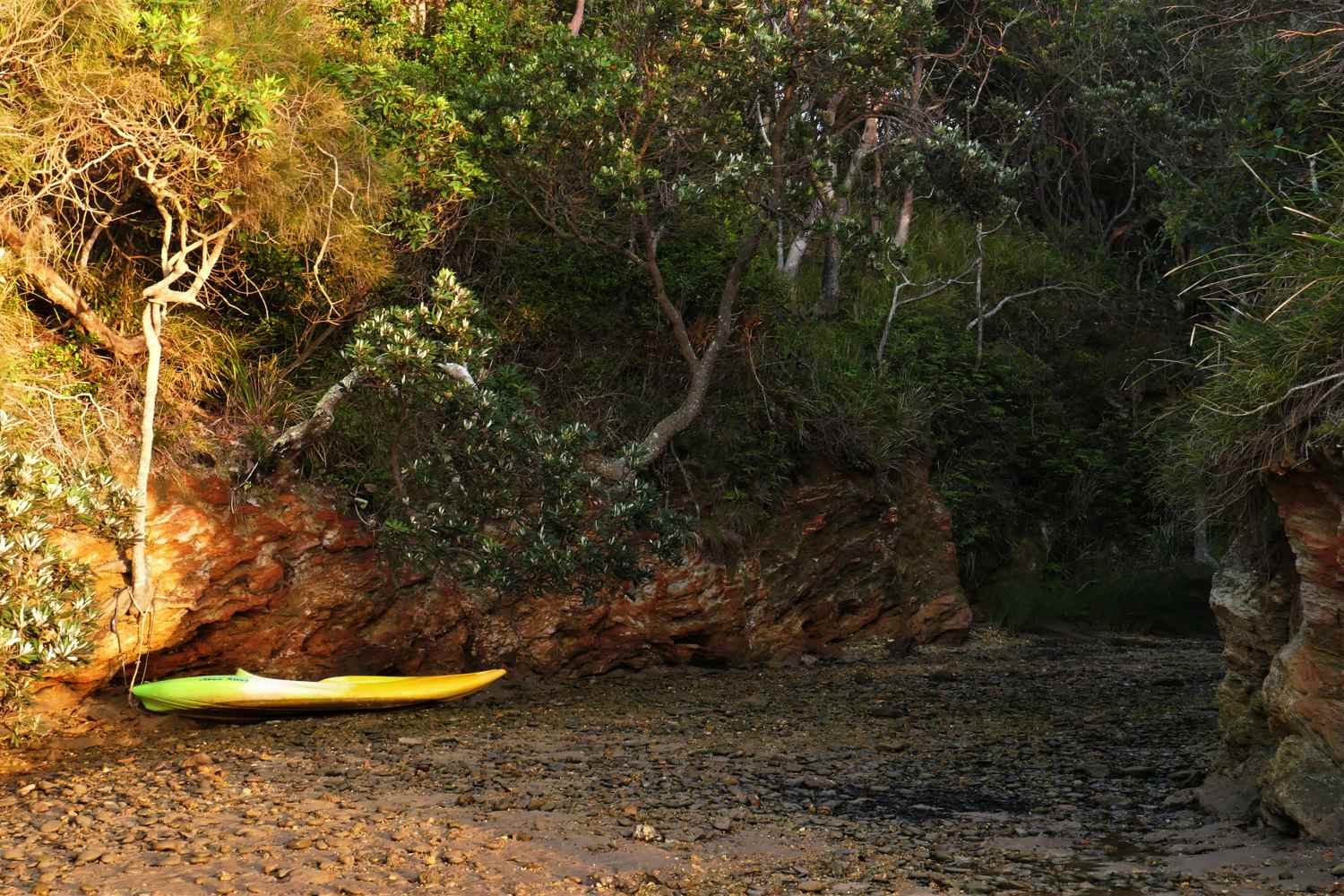 After breakfast a bush walk. The forest looks healthy, new growth after the rains. 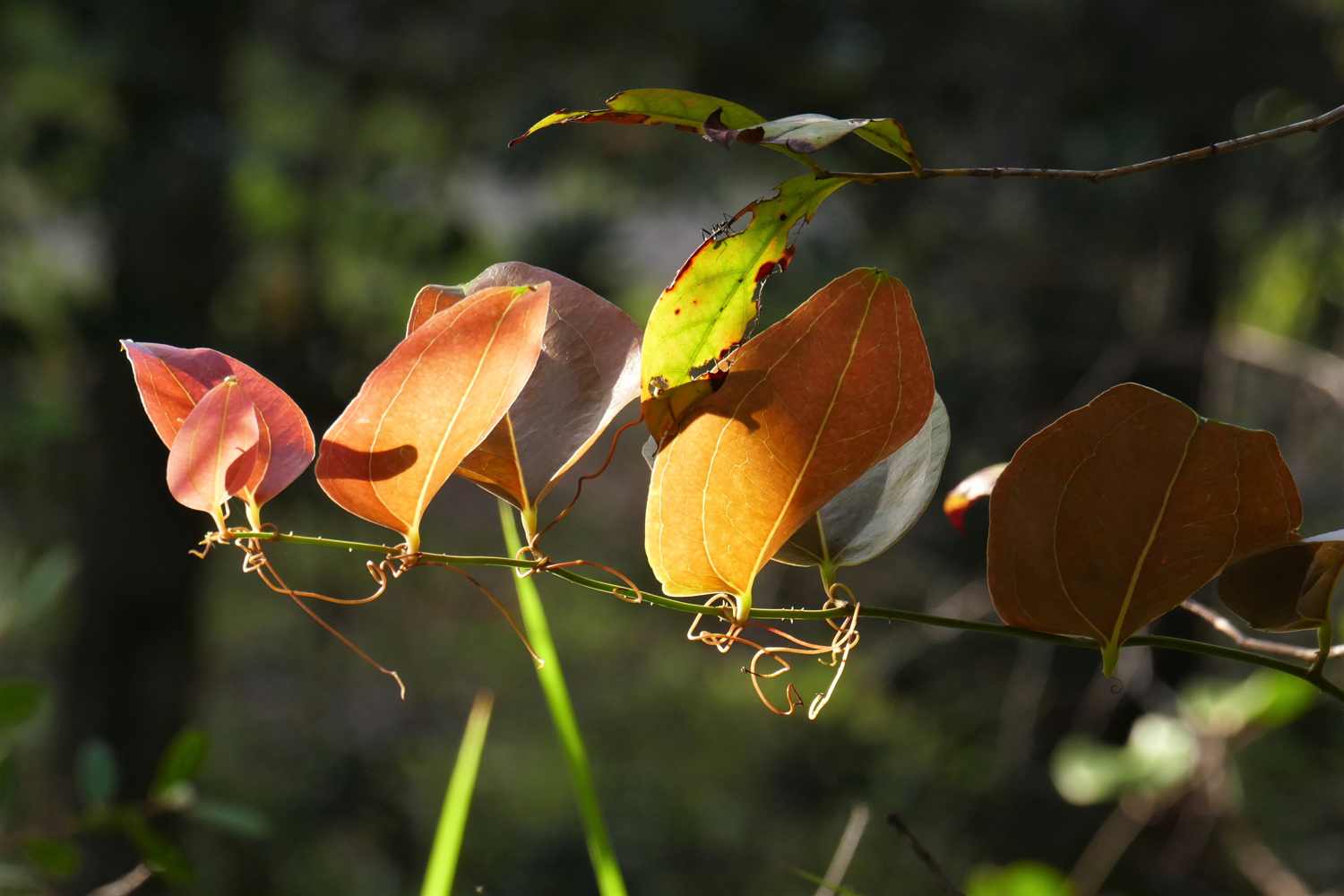 The birds are making the most of the sun, they seem aware of the foul forecast. Logrunners, four pairs of Whipbirds, a Rufous Whistler, Grey Fantails, White-throated Gerygones (the first heard for ages), White-browed Scrubwrens, the three pips from Striated Partdelotes, a Bar-shouldered Dove, wrens and more. Finally a Magpie poses for the camera. 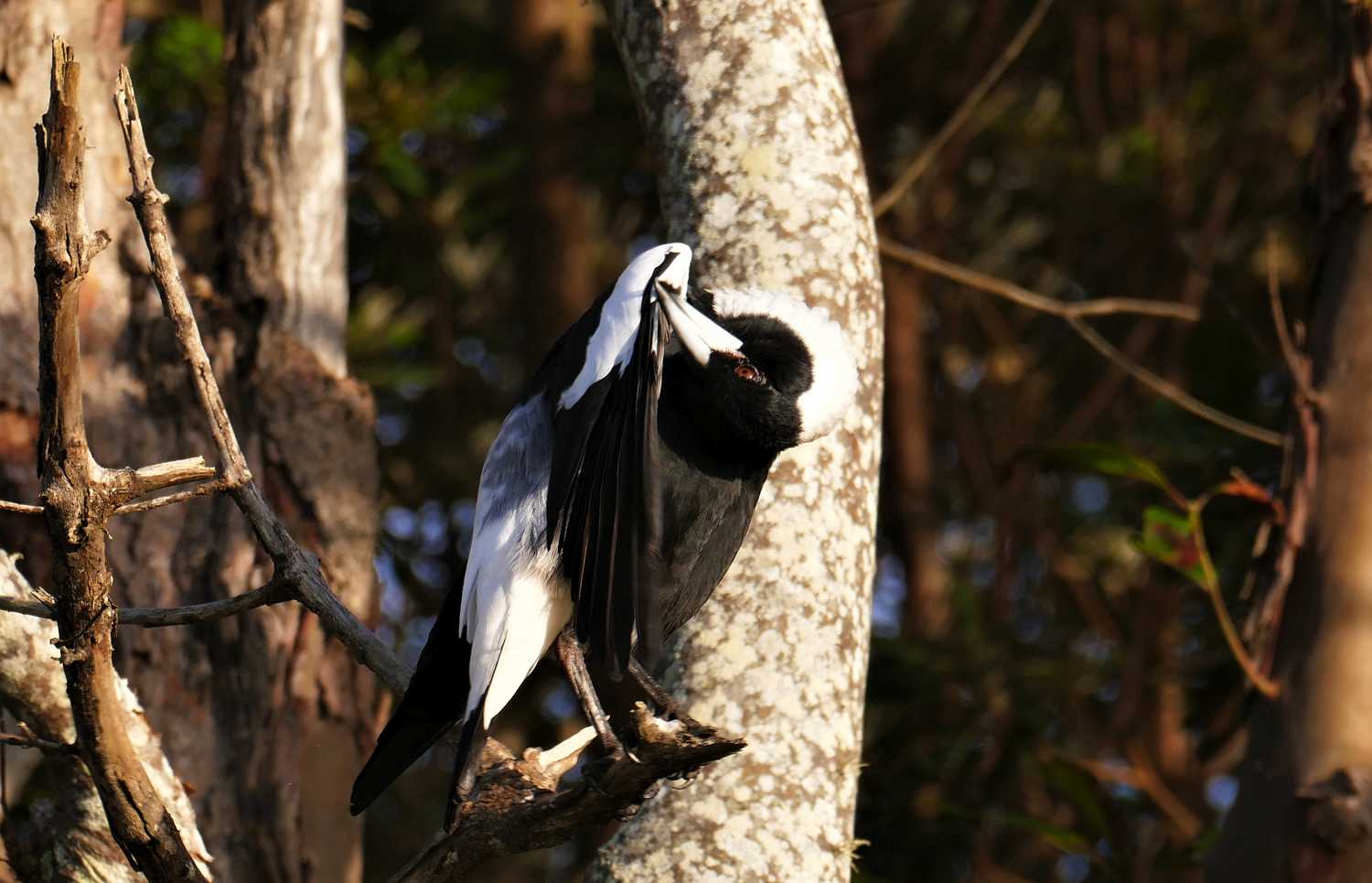 Adam, our village chemist hasn’t had masks for months because of the bushfires. Wyn hand stitches our masks from an old silk shirt.

Thank you for your email to the Minister for Energy and Environment, the Hon Matt Kean MP, about fire management in national parks. Your email was referred to the National Parks and Wildlife Service (NPWS) and I have been asked to reply.

The NSW Government has already committed more than $6.5 million to support wildlife rescue and rehabilitation .  . . 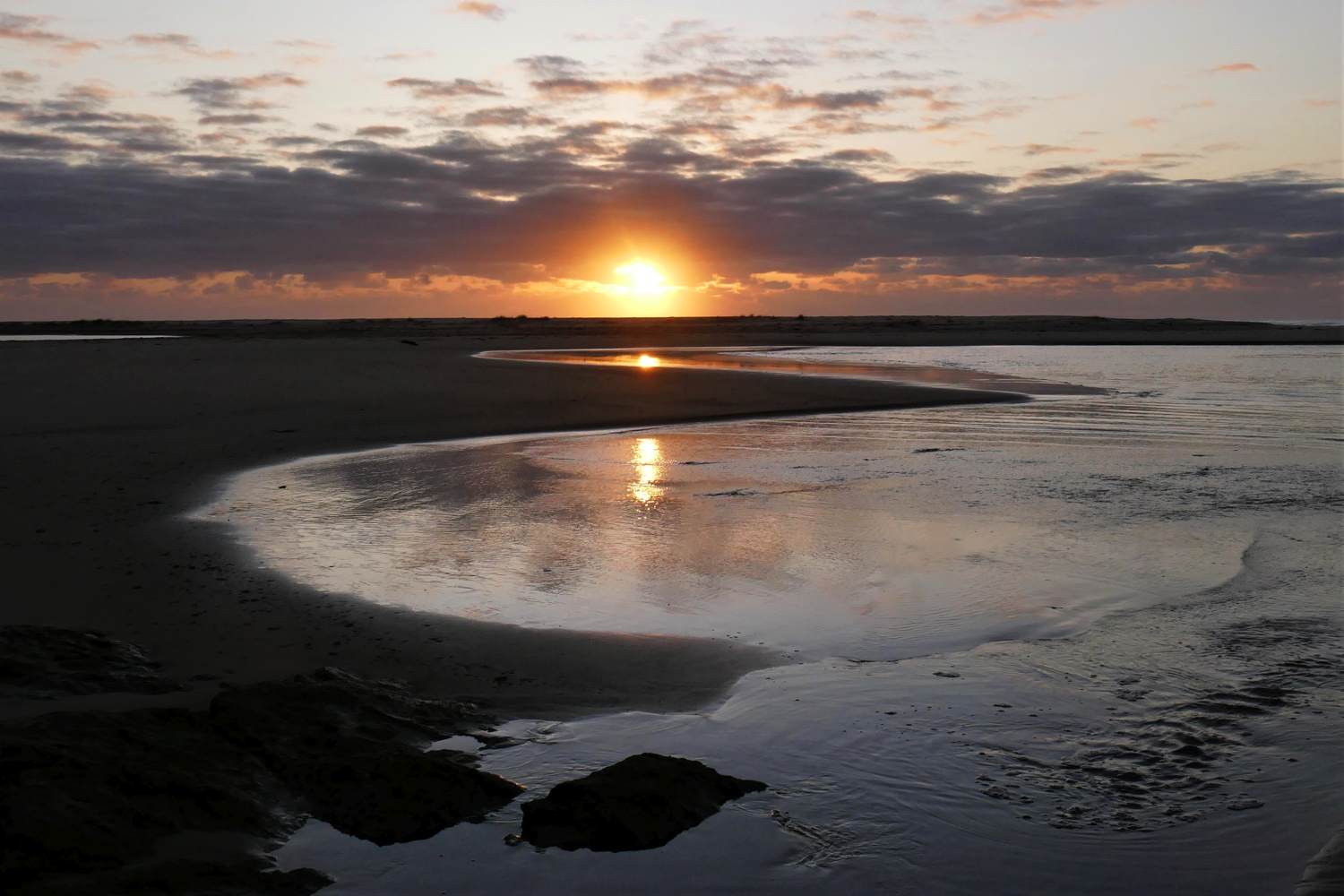 A Dutch artist Jonas Staal is on the radio. He travels the world of insurgency, ‘meeting and interviewing artists actively working in putting their imagination [towards] a new collective form of governance.’[1] Staal challenges the narrative that democracy doesn’t use propaganda.[2] This is not new. I think in terms of socially constructed reality from my university studies. We can’t see what is happening, because normally everything seems normal. As Peter Berger writes, ‘Socialisation achieves success to the degree that this taken-for-granted quality is internalised. It is not enough that the individual look upon the key meanings of the social order as useful, desirable or right. It is much better (better, that is in terms of social stability) if he looks upon them as inevitable, as part and parcel of the universal nature of things.’[3] And this is the heart of the political. This is not a normal time, airlines are falling out of the sky. I still haven’t been reimbursed for my cancelled flight to London. 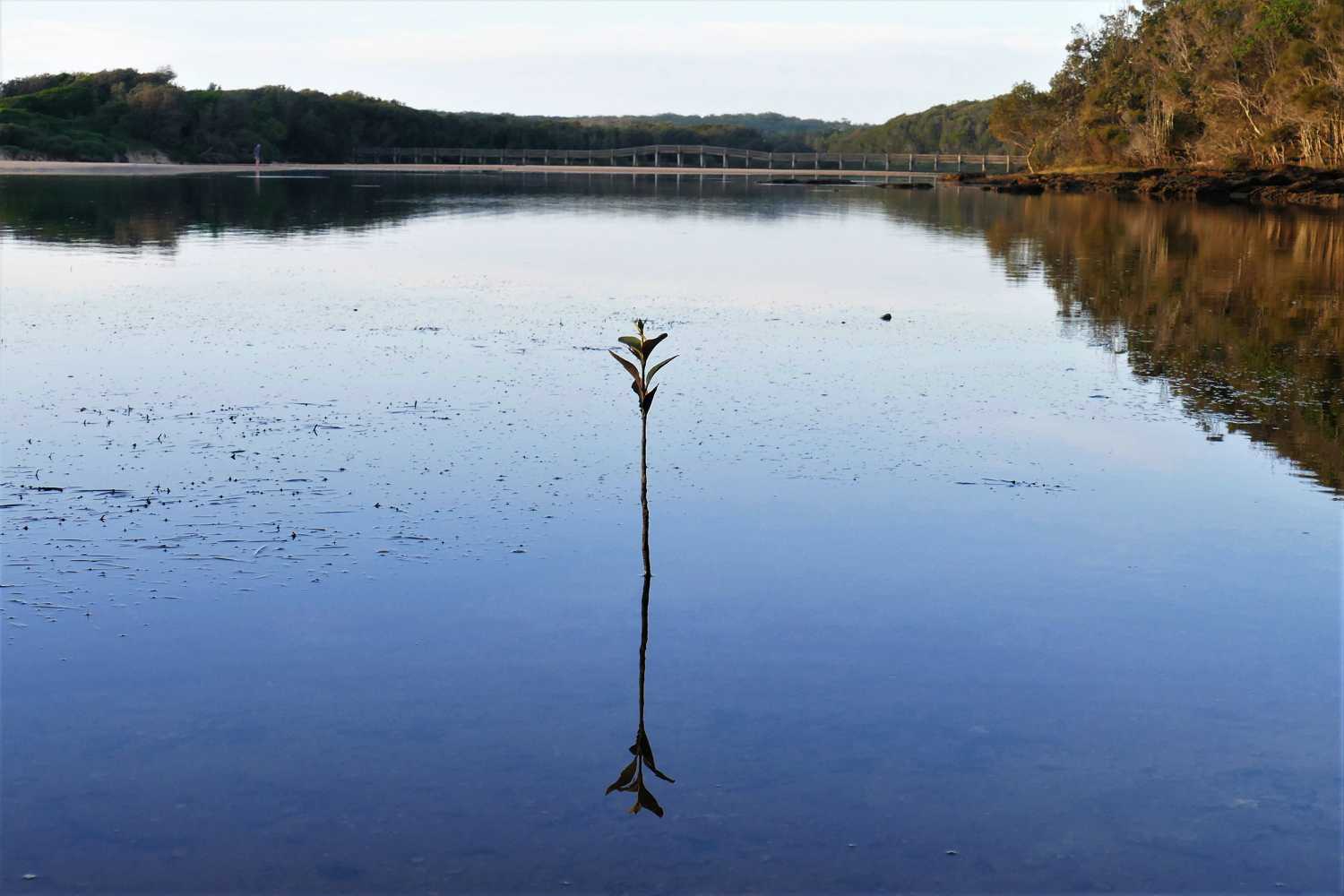 The French had a bloody revolution to try and see things more clearly by starting over, exchanging Monsieur and Madame for Citoyen and Citoyenne. The twelve months comprised three weeks of ten days, the remaining five days were workers’ holidays. They named each of the 360 days in revulsion of saints days and in celebration of the ordinary: parsnip day, manure, lettuce, mint day, quail, otter, dog day, pomegranate, apple, rabbit, goose, eggplant and tomato days, etc. The autumnal equinox (previously September 21, 1792, became day one the new age, of the French Republic. 1975 was Pol Pot’s Year Zero. We could change our calendar, the four seasons don’t fit, just ask the indigenous people who have two, four, six eight seasons.

Staal wants artists to work on ‘collective world making . . . wants an emancipatory art . . . art is a militant but also poetic practice.’ For most practitioners, art and writing is a solitary endeavour, and for a subset of those the idea of a didactic art is an anathema.[4] Not to me. The world is in a mess, we all have a responsibility to help reverse the situation where our species has run riot. Can this pandemic change how we think – undermine the hegemony leading us to the destruction of much of the natural world. Artists, writers, thinkers are sometimes agents of change, though often by luck or chance. More often artists are of the status quo, decorating the high walls.

[2] ‘The very idea that one could stand outside of propaganda, recognize it, and as such resist it, merely because one lives in a democracy, is itself the product of propaganda.’ Jonas Staal, Propaganda Art in the 21st Century, MIT Press, 2019.

[4] Art has been used as propaganda by powerful tyrants from the beginning of tyranny. Stalin and Hitler both knew what they liked when they saw it. The CIA also funded exhibitions of Abstract Expressionism.