Texas and Florida halted drinking at bars and Arizona reported a surge in infections as the U.S. wrestles with a worsening outbreak, mostly in Sun Belt states that were quick to reopen the past two months. Bloomberg

The Minister of Health of the Democratic Republic of the Congo declared the end of the Ebola Virus Disease (EVD) outbreak in North Kivu, Ituri and South Kivu Provinces. Relief Web

Artist in isolation helps students around the world in lockdown. BBC 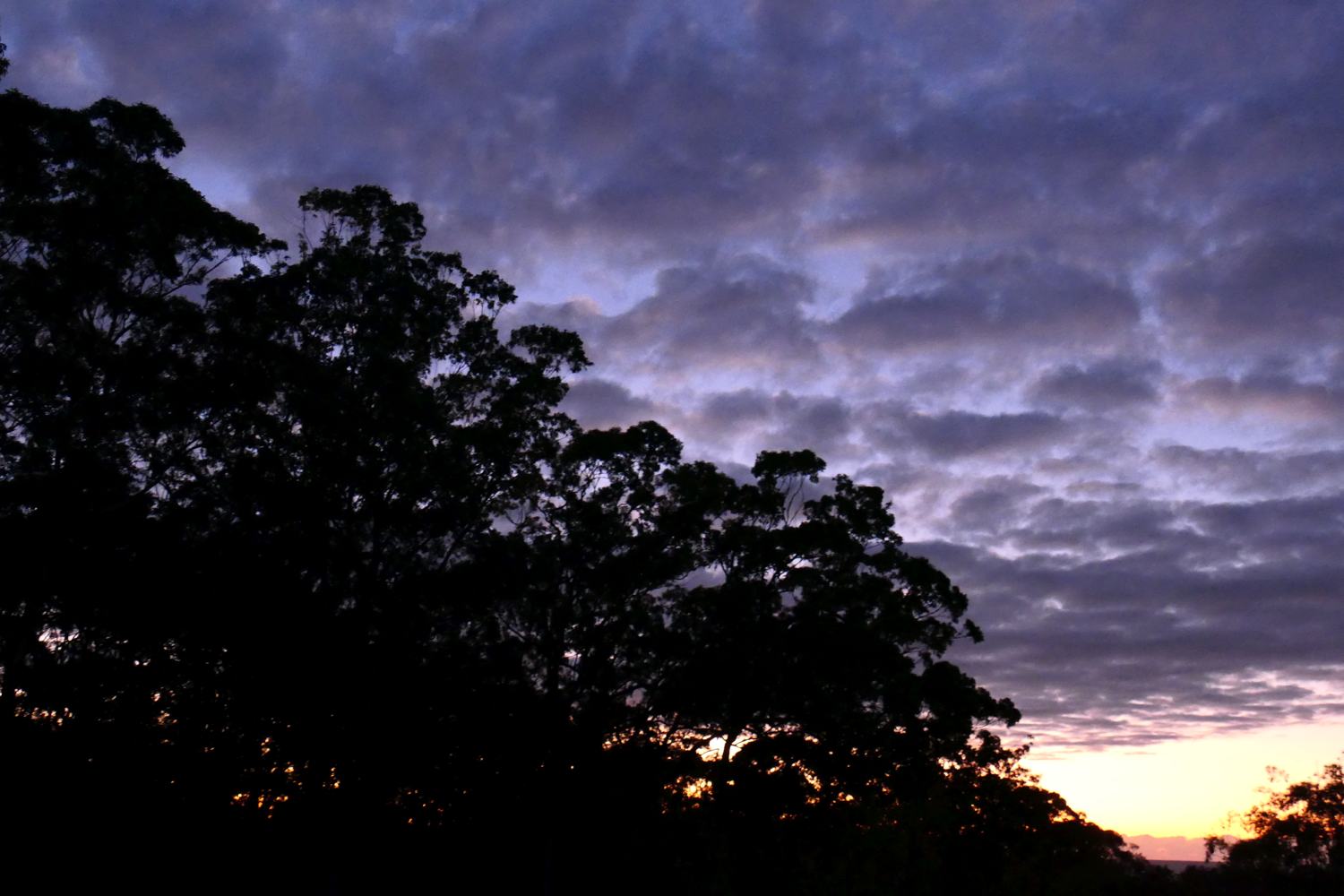 I work on this blog then head over for a whale watch, four in the distance and a juvenile Sea Eagle flies low overhead. 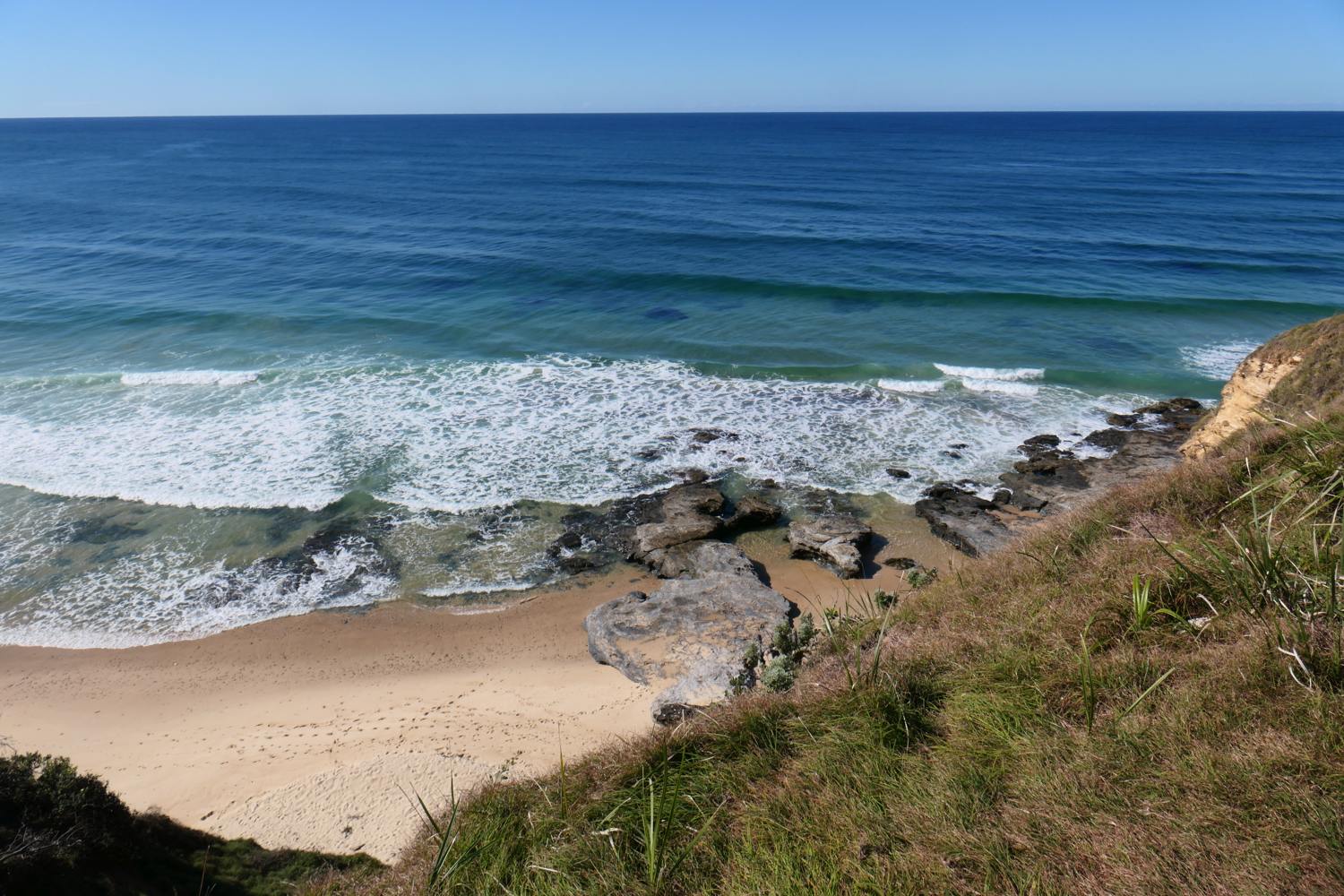 Bump into Danny and Geoff on their bikes, we talk about Adam Nicolson, dogs on the beaches and other current worries. 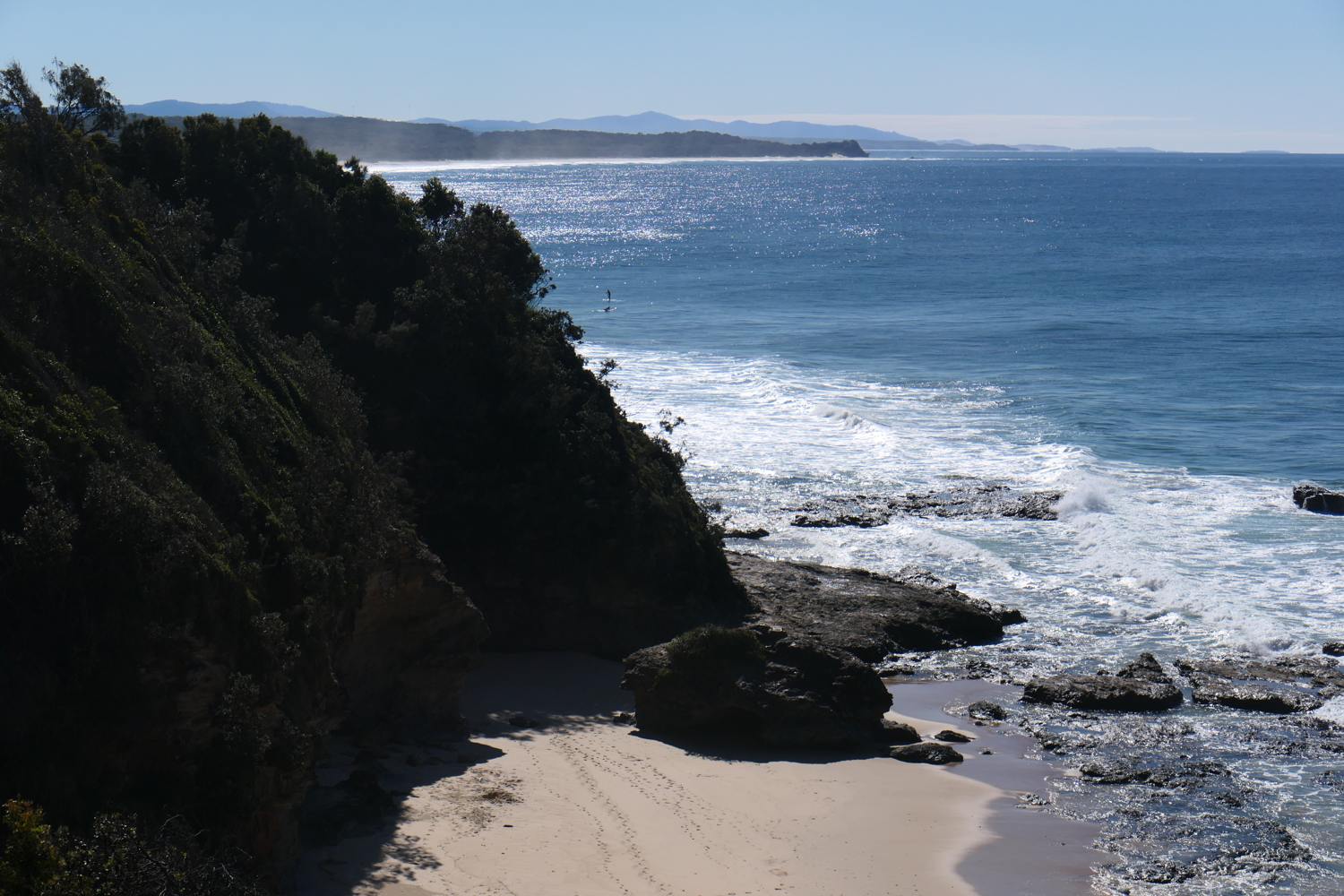 We have a lunch date with a picnic down on the estuary. So far we haven’t been affected here. We don’t know anyone with Covid-19, the museum and galleries have been closed, and live music choked, but nature makes up for all of that. 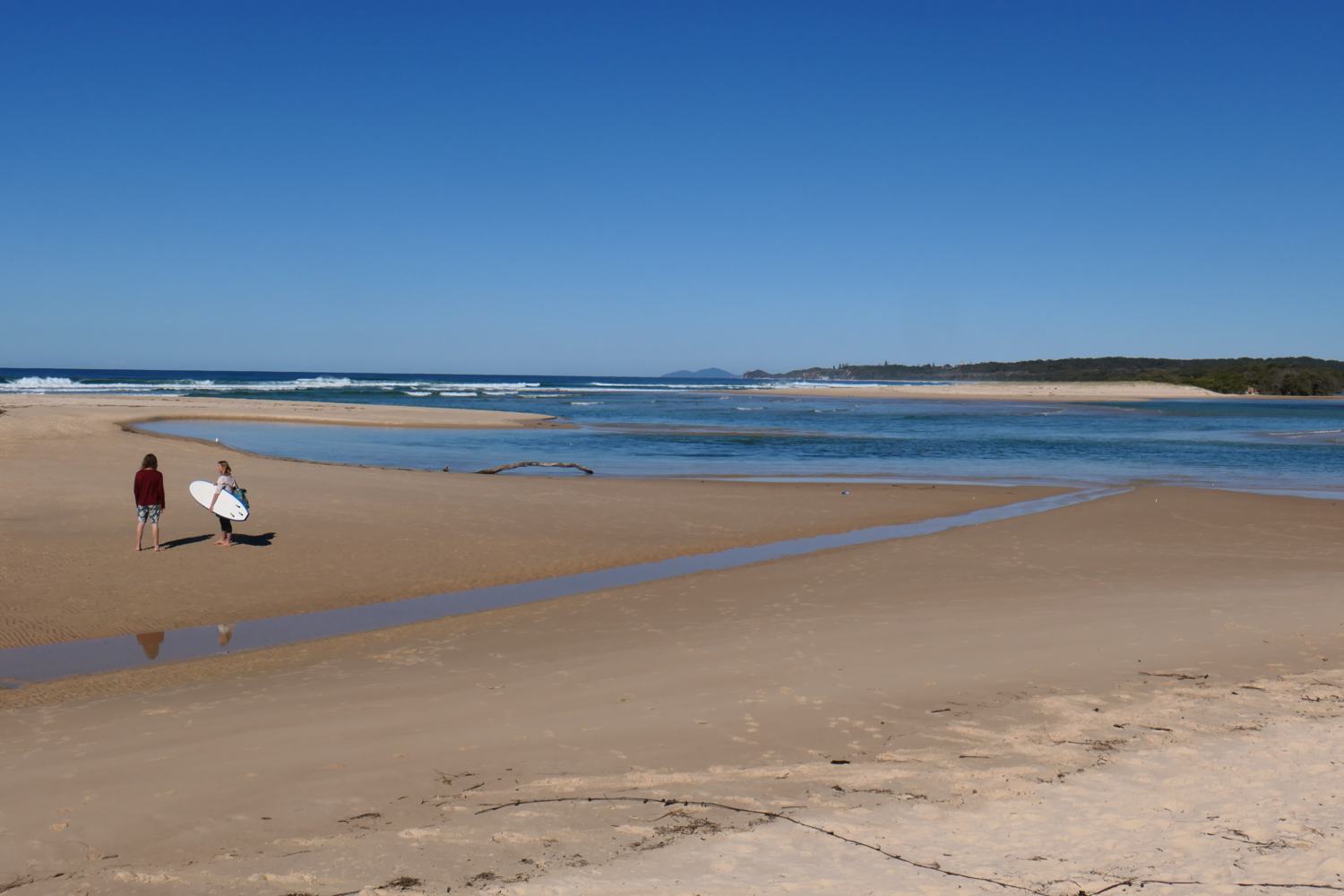 I can’t help but compare it with the scenes we saw this morning on the news of Bournemouth. 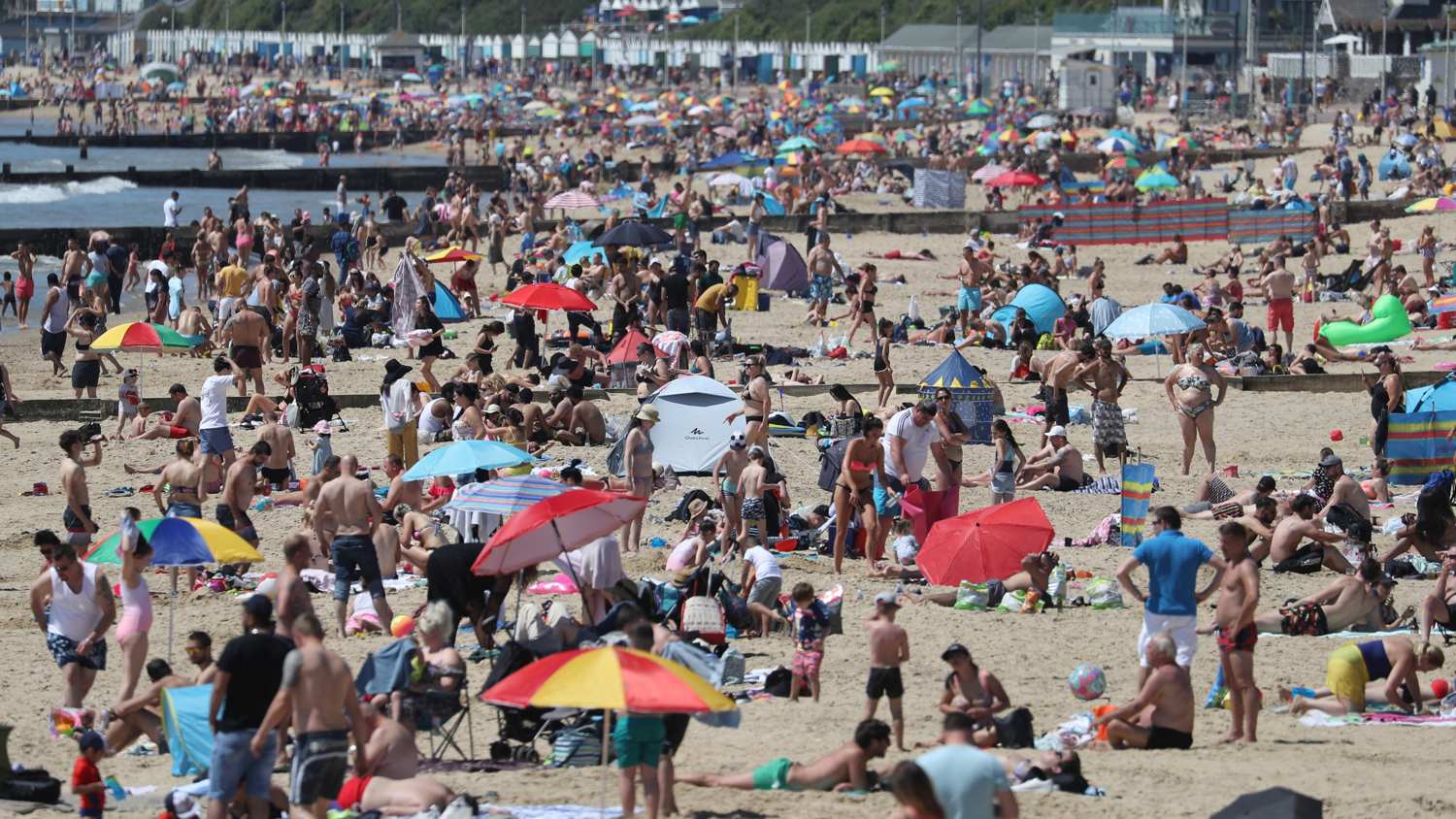 Four of the six of us are poms and we can’t believe our good fortune. 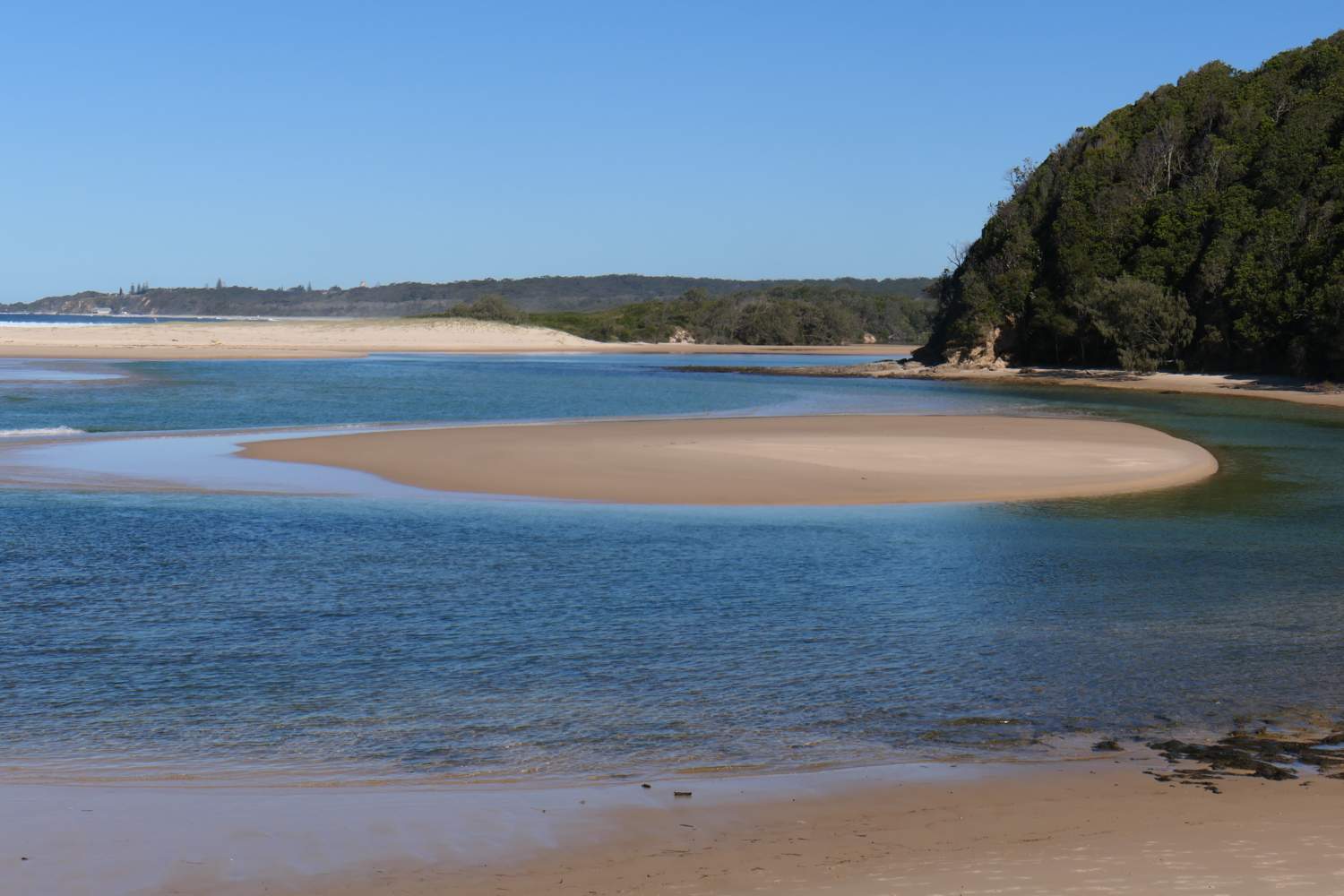 I don’t know why, but the meals we have on picnics always taste so much nicer than the ones we have indoors. Enid Blyton, Five Go Off in a Caravan. 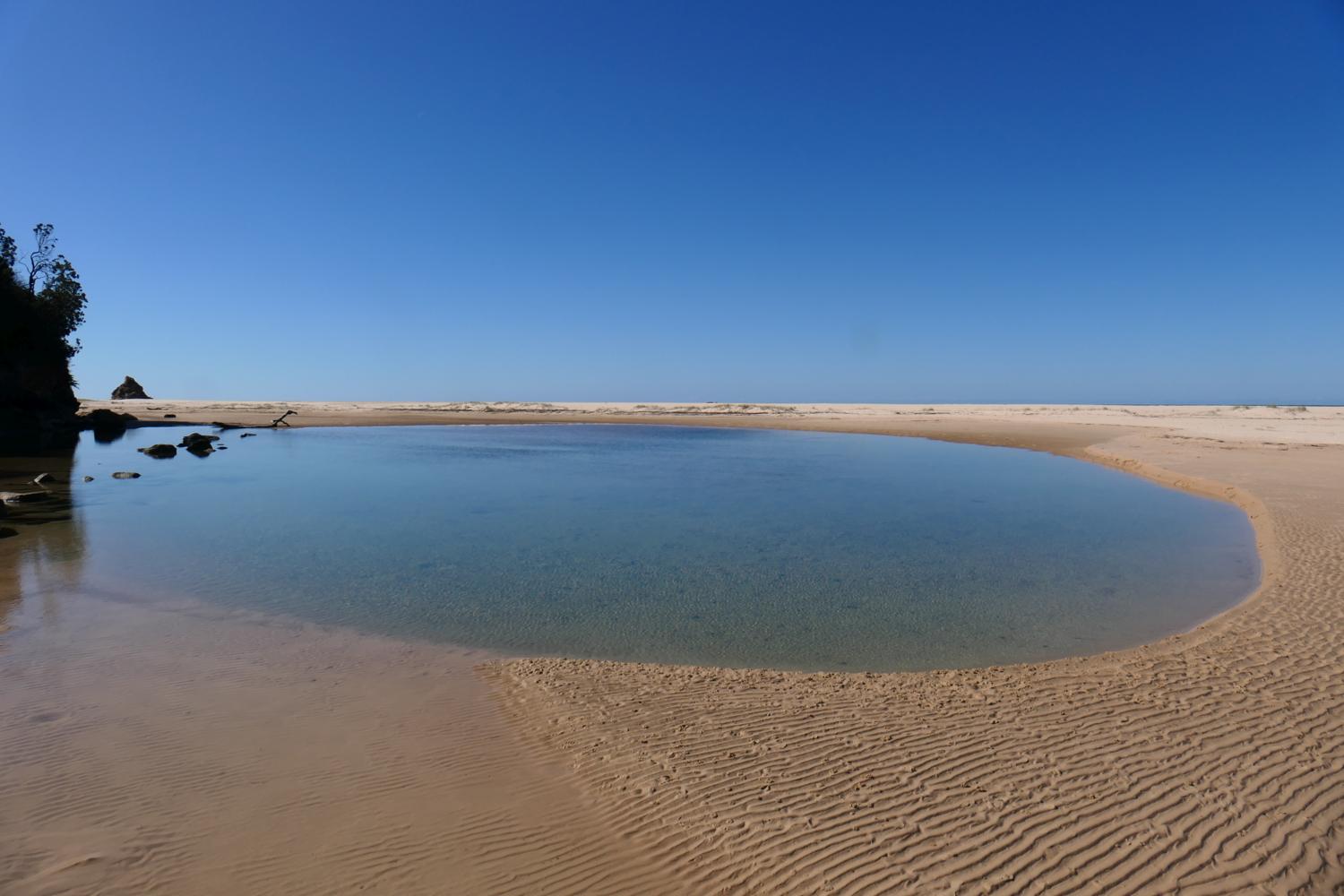 I forget to bring a pork pie Wyn has made, but there is still too much food. Alan brings a Chianti in a bottle with a cork! 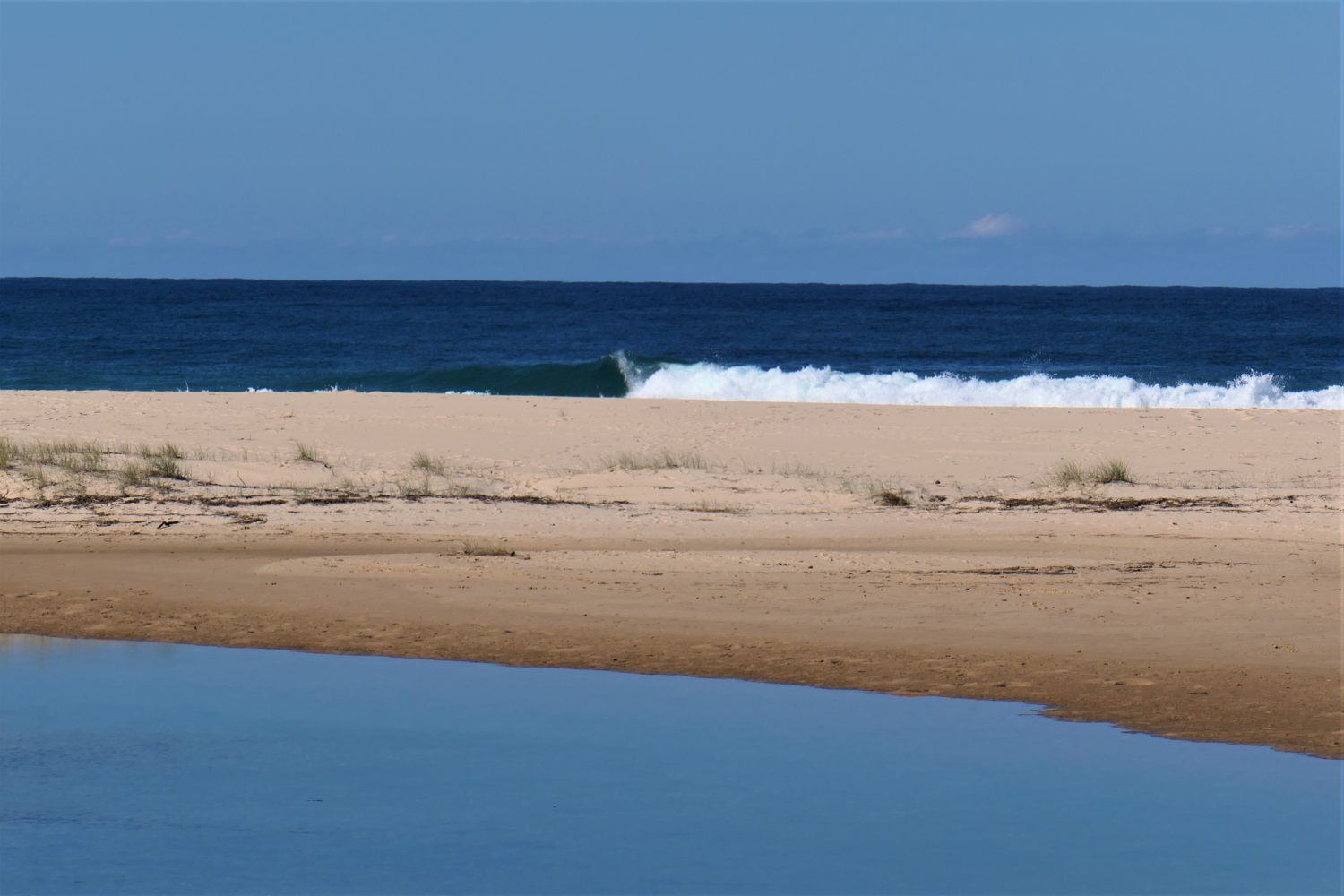 I never tire of watching the birds. The Pied Oystercatchers come close, keeping an eye on us. 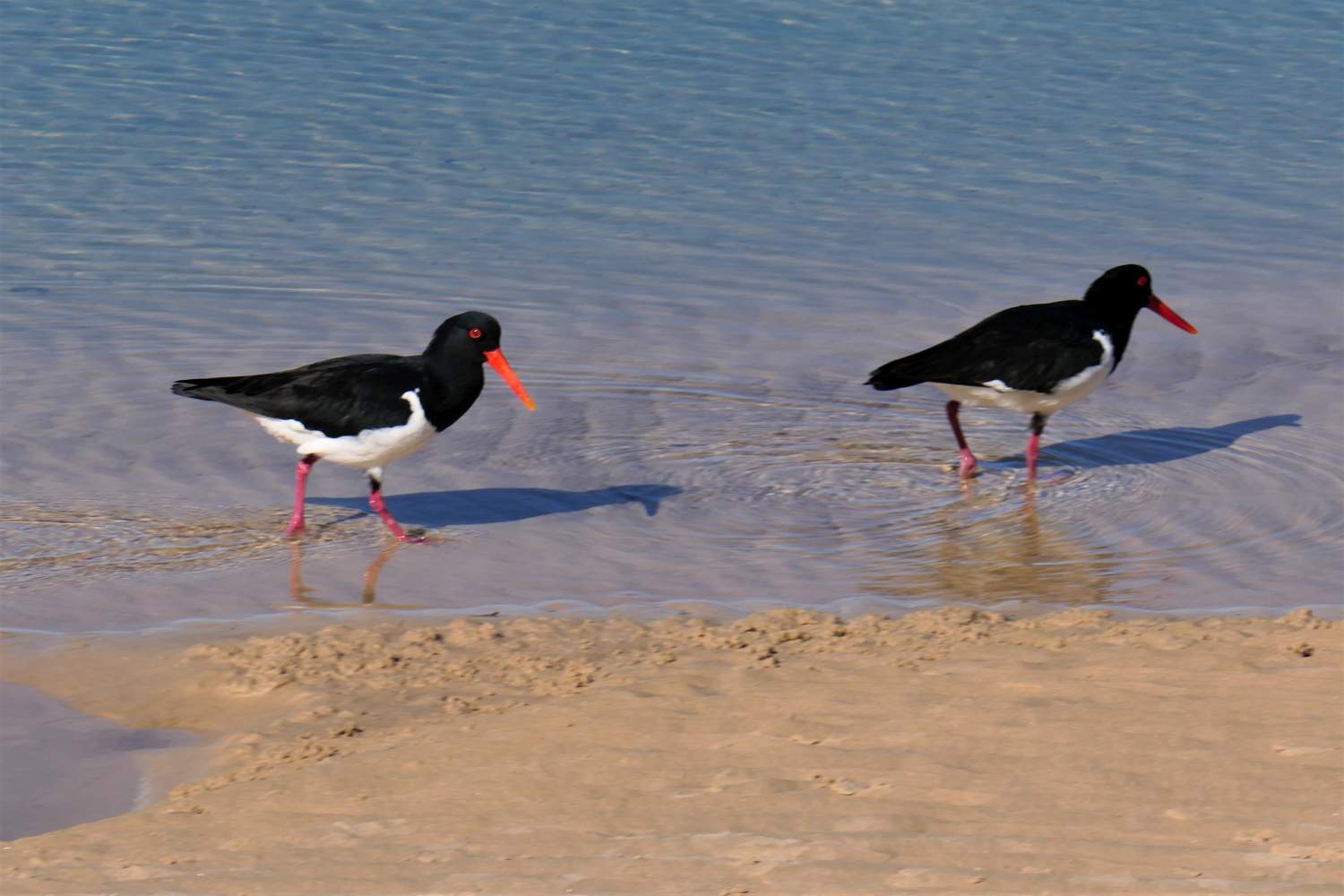 Four little girls in hippy dresses run by and scare them off. I wanted to take their photograph, but it gets so complicated. 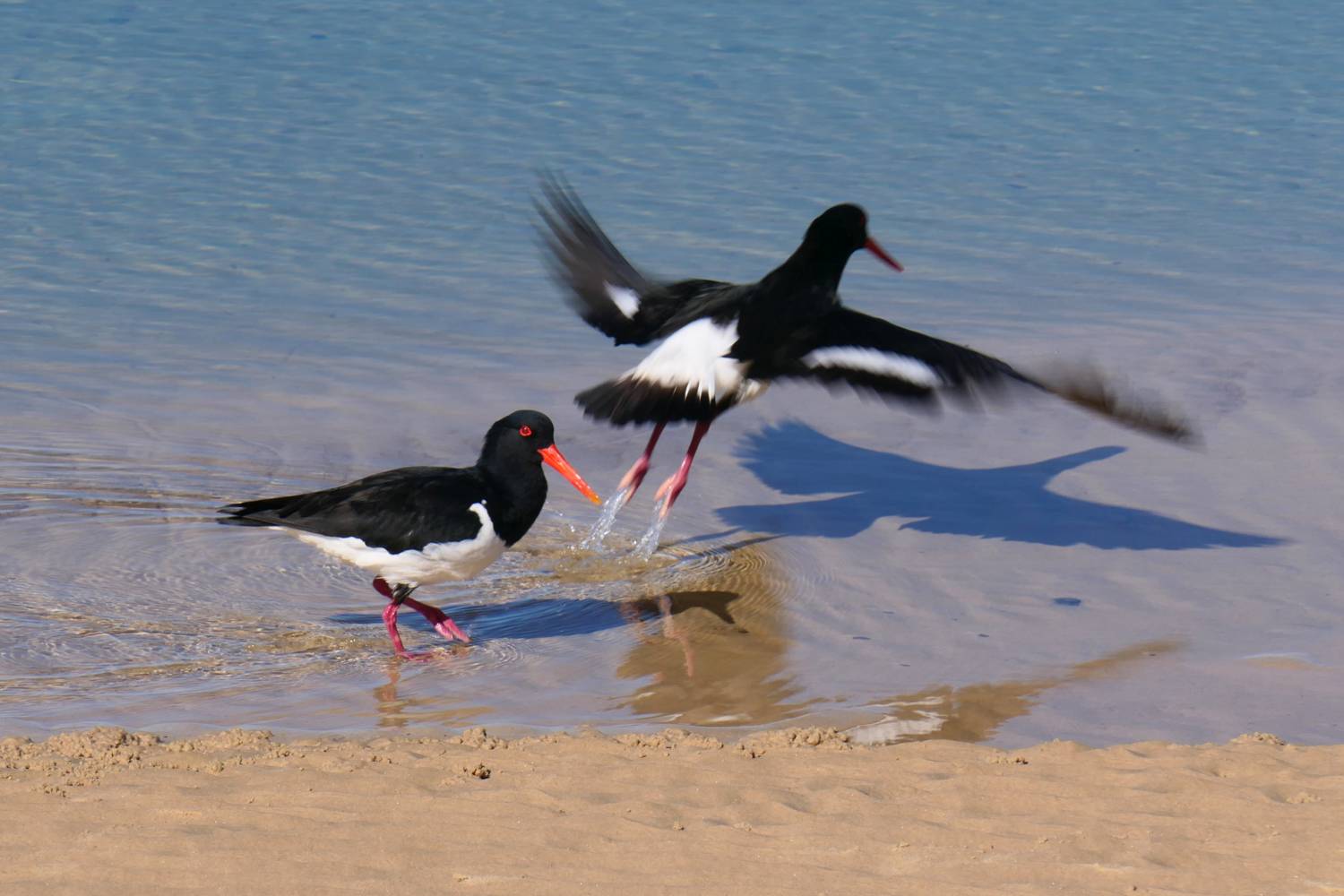 Artists, especially performers and musicians, and cultural institutions have been doing it really tough in the COVID-19 lockdown. But I sometimes think that entertainment, from video games to the opera, are ways of us averting our gaze from what is happening. Then there is Theodor Adorno and Max Horkheimer’s argument in ‘Culture Industry: Enlightenment as Mass Deception’ a chapter in Dialectic of Enlightenment, (nearly 80 years old) that art is commodified, and inevitably a consumer product shaped by the logic and needs of capitalism. (Poetry is generally the exception.)

From 30 March post (unpublished) I wrote:
Melbourne prides itself as Australia’s cultural capital with more than 100 art galleries and more theatres and performance venues in than any other city in the country. It is the centre of comedy and hundreds of venues host live music, some, every night of the week. You can go into clubs on a Friday night and not come out until Sunday morning. There are approximately 5,000 cafes and restaurants, per capita, the most cafes/restaurants in the world. And you can eat at expensive restaurants at 1am in the morning. In short you can be distracted continually, fed, amused and entertained – but at what cost? Losing touch with where you are, your fundamental environment and ignoring what is happening.

I have just come across an article in the Conversation (Jo Caust, April 20)  and the headline, 3 in 4 Australians employed in the creative and performing arts could lose their jobs. That is a terrible forecast, and not only devastating for the individuals, but also  a huge loss of energy, knowledge, skill and more for an industry. It looks like some companies won’t survive.

Wiki has a huge article on the world wide impact of the pandemic on the arts and culture , ‘Impact_of_the_COVID-19_pandemic_on_the_arts_and_cultural_heritage’, updated yesterday.

How much does culture help a civil, loving, sustainable society? George Steiner worries whether art helps, and wonders, ‘If I have spent the day teaching King Lear or Bach, or in front of Goya, I come home and it may be that the cry in the street is muffled; that it reaches me less directly than if my feelings and responses had not been trained to a deeply passionate involvement with fictions – in the widest sense. If this is so, we must find a way of sharing aesthetic, philosophical experience which makes us more responsive to human pain, and not less.’ (Maya Jaggi, ‘George and his dragons’, interview The Guardian, 17.3. 2001.)

I catch up with Adam Nicolson again, In The Making of Poetry writes of the breakthrough year Coleridge and Wordsworth talked and walked and wrote poetry. Coleridge invited the Wordsworths from remote Dorset up to Somerset. June 1797 finds Wordsworth and his sister and Coleridge and his family are both living at Nether Stowey in the Quantocks: ‘Both were in retreat: from cities; from politics; from gentlemanliness and propriety; from the expected; towards nature; and – in a way that makes this year foundational for modernity – towards the self, its roots, its forms of self-understanding, its fantasies, longings, dreads and ideals.’[1]

Nicolson concludes: ‘This is the central failure of the Quantocks year: its hope for integration, for the general understanding that a love of nature needed to be intimate with a love of self and a love of man, remains unfulfilled, and no more likely to be fulfilled now than it was two centuries ago.’

The best poem in that seminal book Lyrical Ballads published 1798 anonymously, that kick-started Romanticism in Britain (long after Germany), was on by Wordsworth – ‘Lines Written a Few Miles above Tintern Abbey, on Revisiting the Banks of the Wye during a Tour, July 13, 1798’. Wordsworth soon went off the boil, but I agree with this quote, Nicolson uses:

‘It is the honourable characteristic of Poetry that its materials are to be found in every subject which can interest the human mind.’

Talking of culture, Joseph Goebbels boasted of German culture  in a speech on this day back in 1943 when opening the 7th German Art Exhibition:

Were one to imagine Western culture without its contributions from Germany and Italy, much would be missing. As obvious as this may be, one has to repeat it now and again to give a short but persuasive reply to the enemy’s arrogant talk. . . .  They have hardly any cultural achievements of their own . . . What musicians do the English have to compare with Beethoven or Richard Wagner, and what artists can the Americans present to match Michelangelo or Leonardo da Vinci? They talk of human culture. We have it, and remain today its guardians, wardens, and protectors.[2]

When I hear the word culture I reach for my gun. Hanns Johst, Nazi Poet Laureate (regularly misattributed to Hermann Göring, Heinrich Himmler or Joseph Goebbels).[3]

[1] Adam Nicolson, The Making of Poetry: Coleridge, the Wordsworths and their Year of Marvels, illustrated by Tom Hammick, William Collins, 2019

[2] This was as the tide of war had turned, despite a successful V2 rockets test launch two days later. The daytime bombing of Germany had begun and the Japanese were losing their hold on the Pacific. Joseph Goebbels, ‘Immortal German Culture’, 26 June 1943. Speech Goebbels gave to open the 7th German Art Exhibition. http://www.calvin.edu/academic/cas/gpa/goeb43.htm

[3] Johst wrote the play Schlageter, an expression of Nazi ideology performed on Hitler’s 44th birthday, 20 April 1933. ‘Whenever I hear of culture… I unlock my Browning!’ (Act 1, Scene 1).