Sent to the SMH in response to Paul Sheehan’s opinion piece Jan 4.

We are in danger of losing a large proportion of our remaining endemic biodiversity, and that’s a bad thing. We are all aware by now of the problem of feral cats in Australia. Paul Sheehan acknowledges the ‘economic cost’ (‘We are losing dogs and cats, and it is a great loss indeed’, Comment, SMH, Jan 4), but without any details and ignoring the huge cost to our range of native animals, our rich biodiversity. Cats are estimated to eat 75 million native Australian animals every night, that’s 20 billion every year. 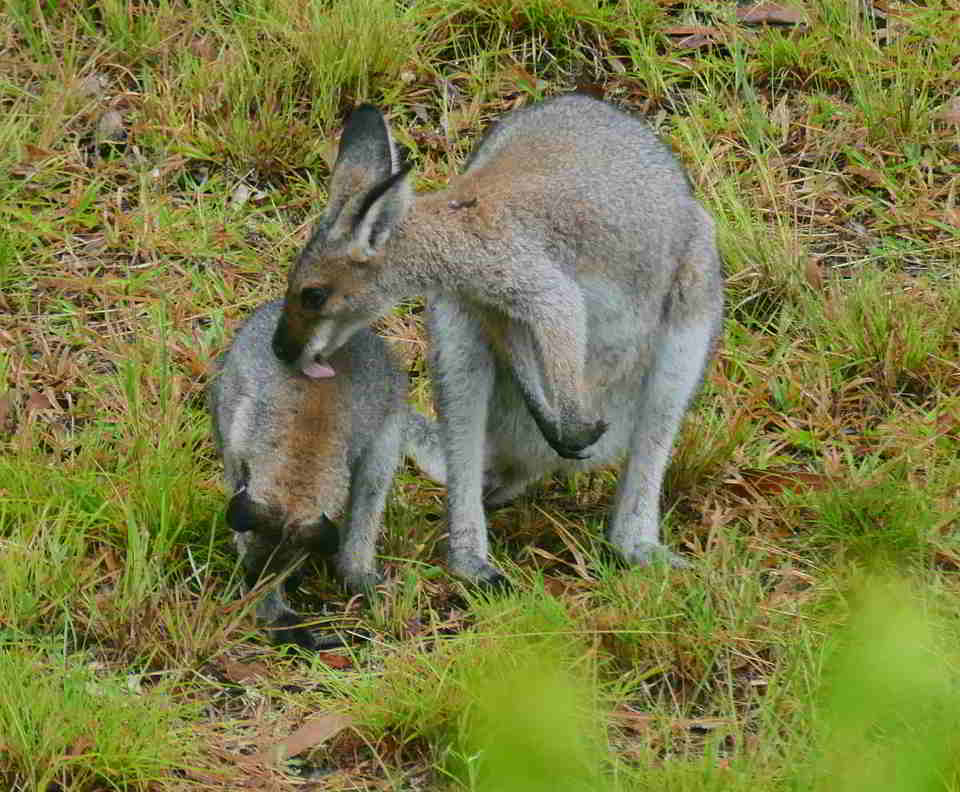 Domesticated cats used to catch rats and help minimise pests and their associated diseases, but they have become living toys, existing to entertain their owners. What I find frustrating is that pet owners seem oblivious to the damage they cause. Sheehan’s assertion that ‘domestic cats are blameless in this phenomenon’ is total nonsense. The US ‘KittyCam project’ (2011) showed that well fed domestic cats kill over two times a week on average. They bring home less than a quarter of kills, so owners are ignorant of the slaughter. From these figures, the 3.3 million domestic cats in Australia kill about 343 million birds and animals each year.
Pets are pampered, even having psychiatrists and formal funerals. In this country the pet food industry alone is worth $A 7billion a year. Pet owners profess to love animals, but the majority seem uninterested in animals they don’t control, and unaware of their environmental cost. The combined global population is estimated upwards of 600 million cats and 500 million dogs. I’m lucky enough to have seen an African Wild Dog, a much older ancestor and now one of the world’s most endangered mammals. How many owners of these 500 million dogs care?

Australia has the worst mammal extinction rate in the last 200 years mostly caused by cats and foxes, and also habitat loss. One in five of Australia’s birds has been listed as threatened, one measure that our environment is in poor shape. Just think what 7 billion dollars could do to help restore habitat and safeguard our unique biodiversity and a greater awareness by Australians (who are 90% urban dwellers). The NSW NPWS is operating with budget cuts and staff shortages to manage all the reserves the NSW Government has created, usually at election time. 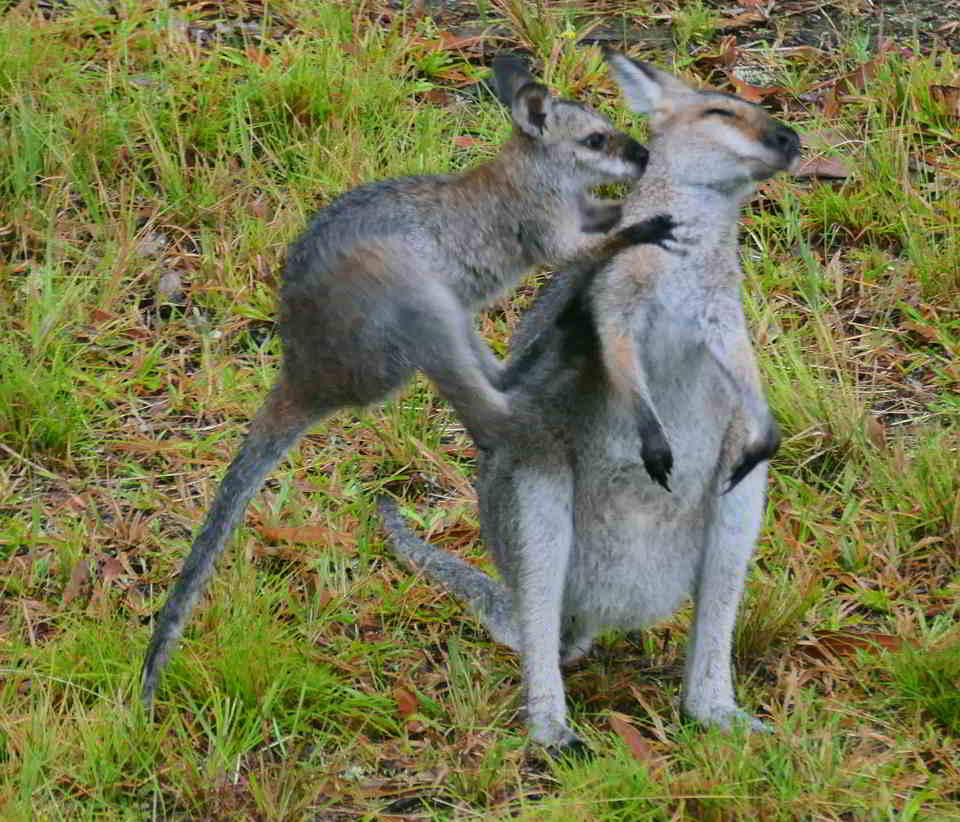 Pets also contribute significantly to global warming. It has been calculated that an average Alsatian requires 0.36 gha of land (measured by its ecological footprint). The New Scientist points out that this worse than a family diesel car. And six indoor cats create equal demand on the Earth to one human living in India: 0.9 gha. Responsible ownership, where it exists, cannot mitigate this easily (though I once met an Alsatian who claimed to be vegan).

For 99% of human history we have been hunter gatherers and intimate with the landscape, its ecosystems and animals, but not treating them as toys with unconditional ‘love’ i.e. dependence. Dogs and cats have become kitsch, described by Clement Greenberg as ‘vicarious experience and faked sensations’, i.e. inauthentic. Kitsch is disposable and replaceable. In the same edition of the SMH there’s an article, ‘Chooks plucked from pens to help transform lives’ and it’s true there is a crisis of loneliness in the community, especially among older people, social capital weakens as consumerism strengthens . We need to find better pets with low carbon footprints. The wonderful writer and environmentalist Mary White had a pet galah that had been rescued and could not be released. The bird let her know when visitors were coming and was very affectionate. She developed a bond with it and was very upset when it died. It was a ‘green’ pet. 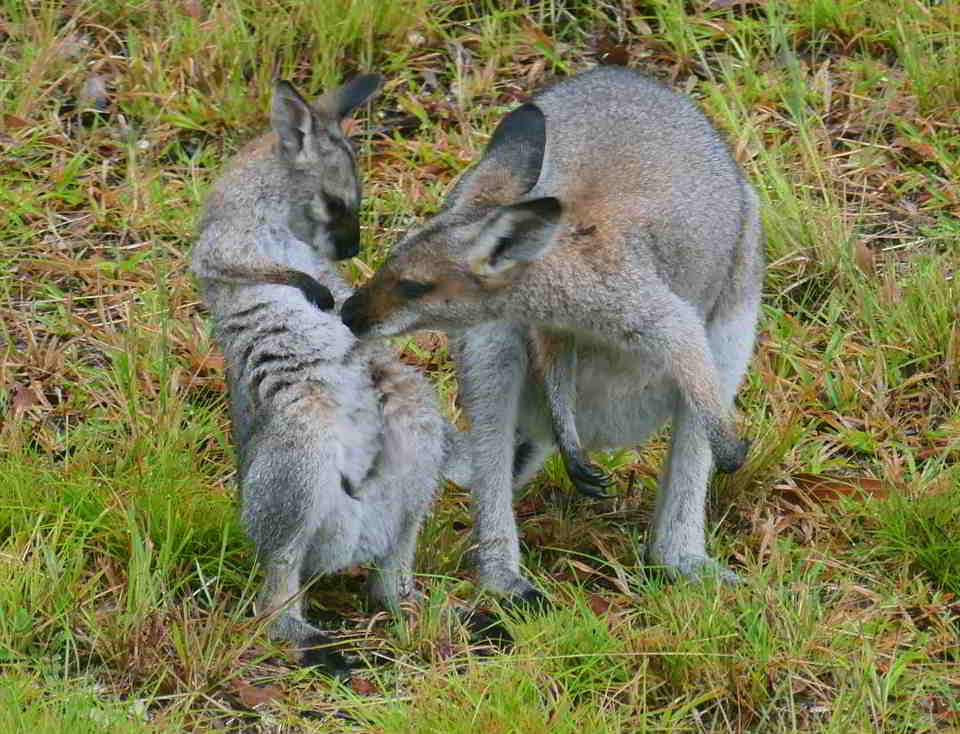 Over the last five years we have grown a garden from bare clay to be bird and animal friendly. We never know what is going to turn up but we watch the Eastern Grey come and go and the joeys grow up. Yesterday, for the first time, a Red-necked Wallaby with a joey appeared in our garden, and it was thrilling and fun. I feel love for these animals without naming them, petting them or knowing if I will ever see them again. 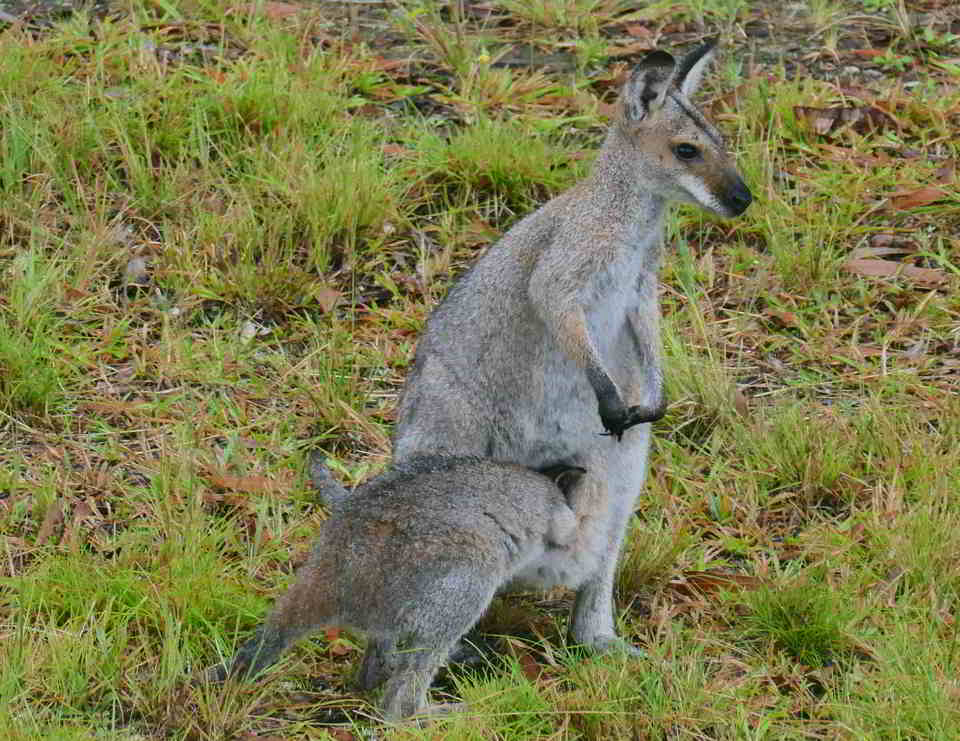