A Fan-tailed Cuckoo sings his downhill trill tirelessly,
the sea is rocking and rolling, another day is being remade
all over again. I realise I have become old in the last couple
of years, injected with Ross River Virus, losing muscle tone,
gaining lipids – and that this is one of many tokens
on a string of writings, some sort of diary, continually
trying to cross the border into the territory of poetry.

An hour ago I was standing underneath Orion snapped
into place, armour gleaming, now the horizon strokes
an apricot blush above a dark ultramarine sea, below a sky
attempting the alchemy of a sky-blue blue. Poseidon’s son
is being dismembered, his arms severed, his club missing,
his hubris makes for uncomfortable reading. The hunter
boasted he would kill every single animal that roamed the Earth.
His compañeros are melting back into the forest, the violence
of the night, white dwarf detonations, supernova, the birth
of neutron stars, the incredible bursts of gamma rays
out from black hole digestions, all seemingly calmed. 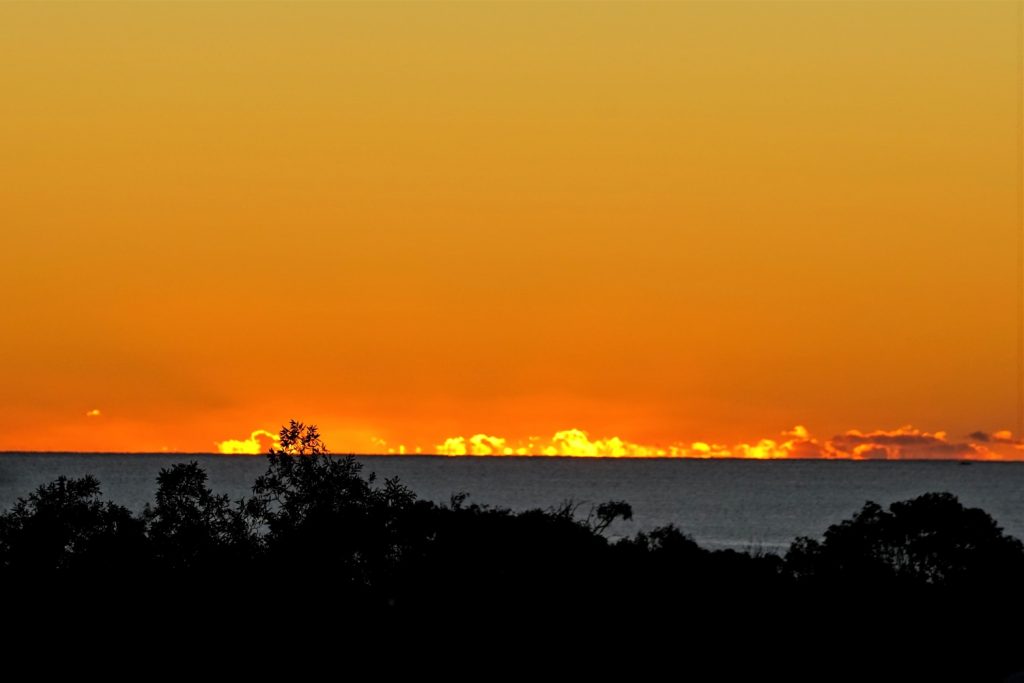 I am outside show you Eos, as Helios is about to rise. He only
appears directly East between the trees for a week or two.
Cold is packing my arms and legs, my heat is dripping away.
A goods train proceeds behind me, solid, Victorian, industrial
rumble grinding the lowest notes within the human range,
and the sea is contributing to the concerto. My eyes can’t cope
with the violence of our star’s stare, and neither can my lens.
The sun is telling its own story. 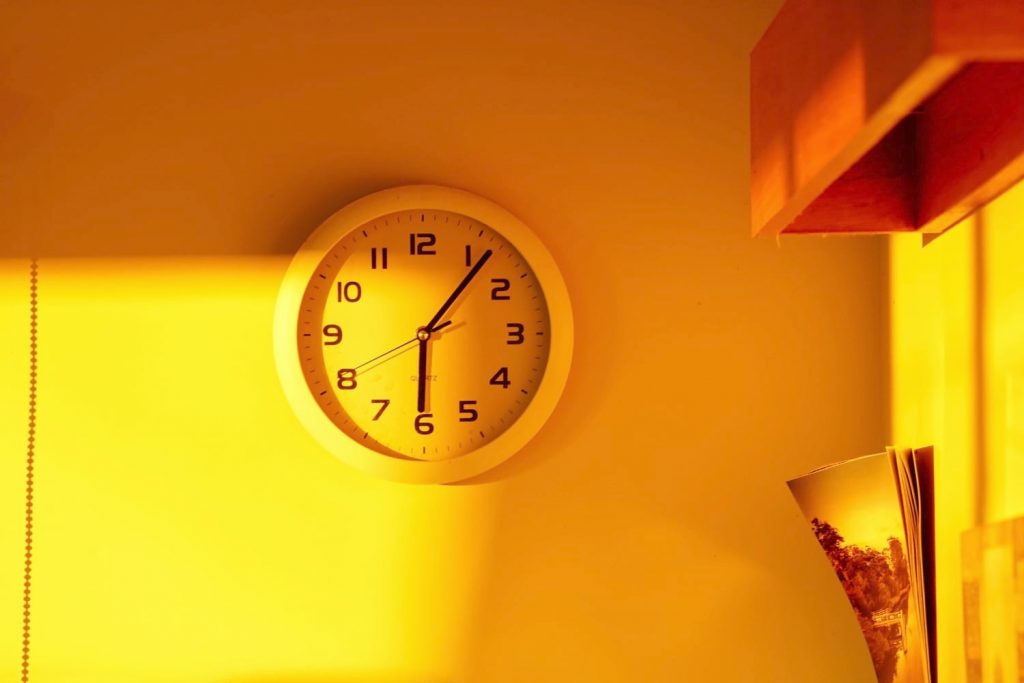 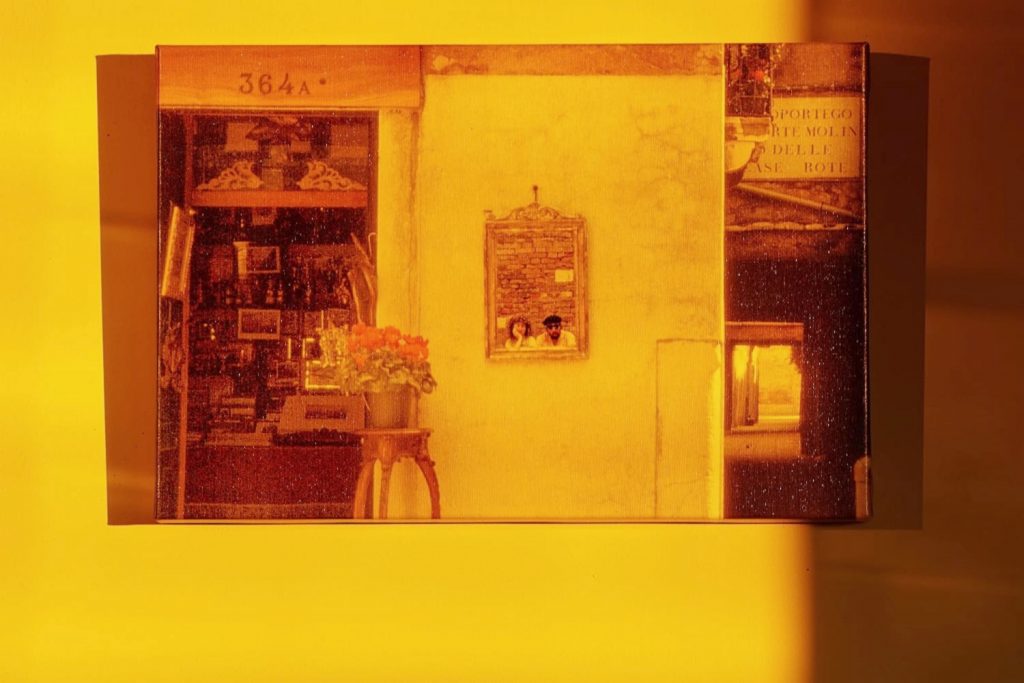 It was Eos, her colours that triggered this text, reading yesterday
about bronze-age gold, the colour of sun discs and lunulae
with incision and repoussé, and Yves Klein’s mania for blue
especially his own, International Klein Blue (IKB). He wrote
to the Atomic Energy Agency suggesting these new weapons
be fabricated to produce stunning IKB-tinted mushroom clouds.
He shared his love of blue with the Dalai Lama and Pope Pius XII. 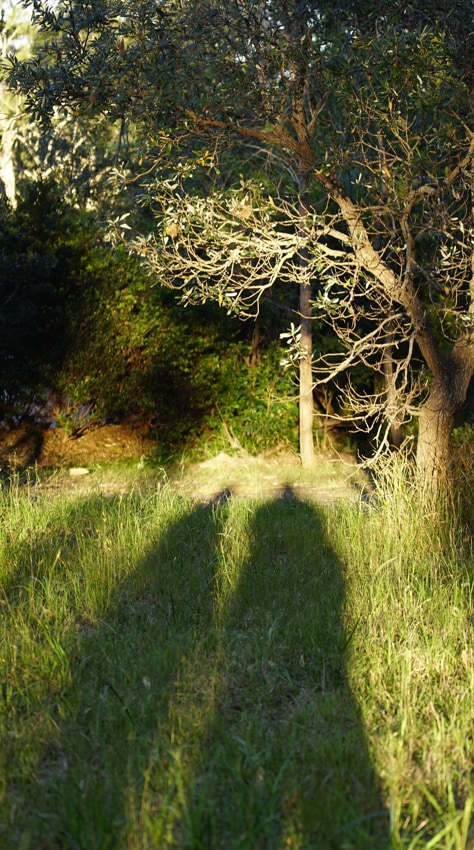 I photograph our shadows on the fire-trail, a fine dust
filling in our forms from the future when we will not be.
Tape rings the trees, red to be felled, yellow for amputation. 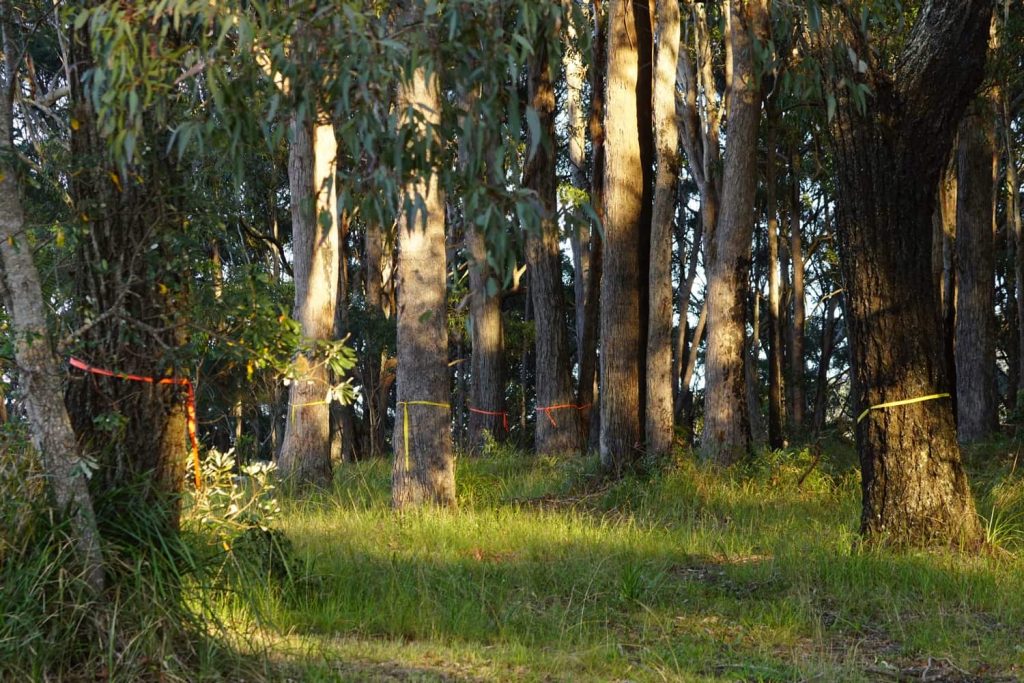 A pair of Sacred Kingfishers fly around calling and two males
respond through distance. The Dollarbirds are making a fuss,
their calls begin with a comical squeak then gossip in squawks.
No sign of Koala Bells, the Greenhood orchids have finished,
not a good year for them. The tangle of vines and mistletoe
that held the nest of Mistletoebirds last year has collapsed,
but the forest maintains its formal and informal beauty,
it is a unique force field. A pair of Whipbirds deafen,
Lewin’s and White-cheeks whip past just above head height. 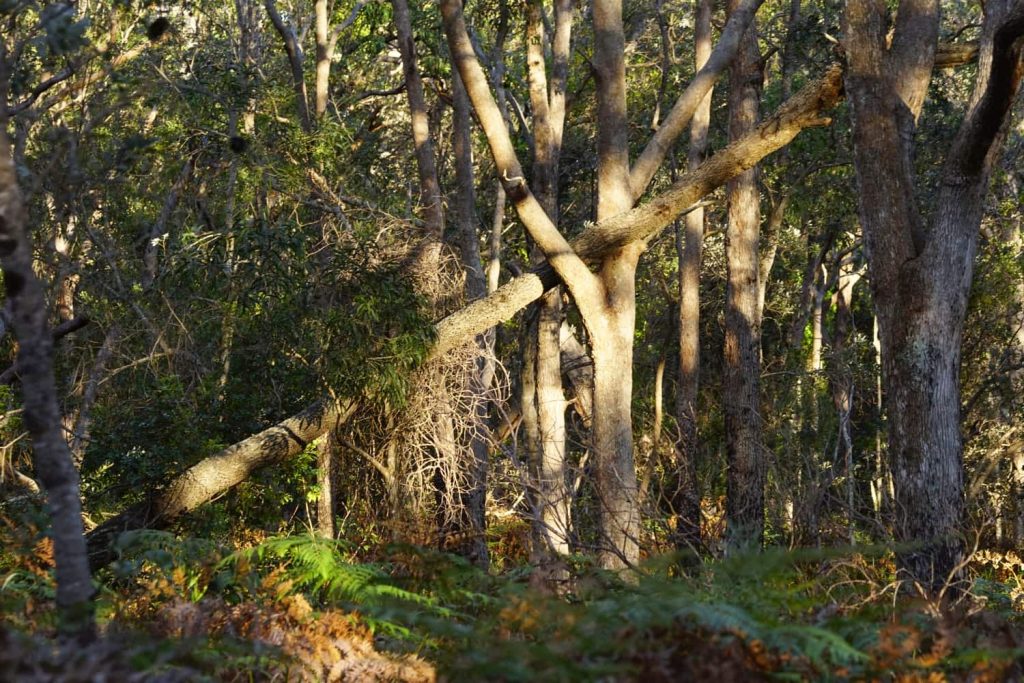 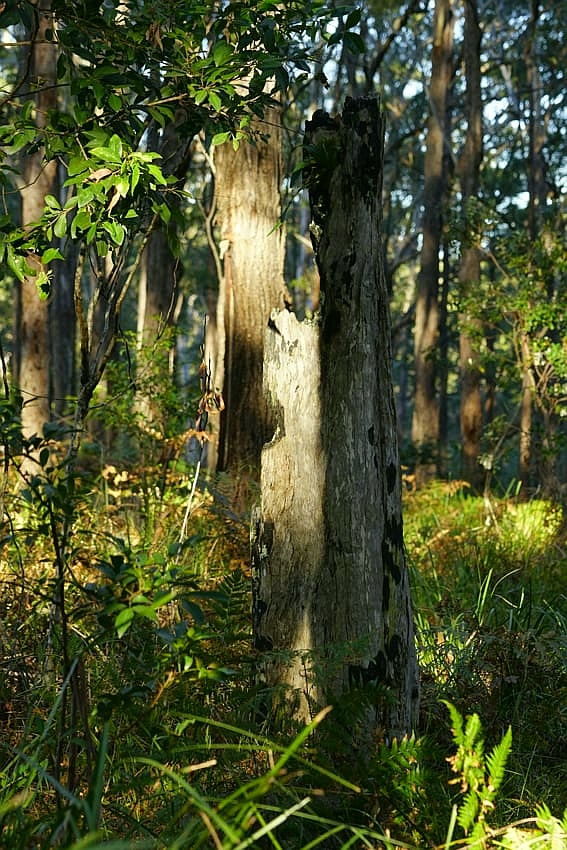 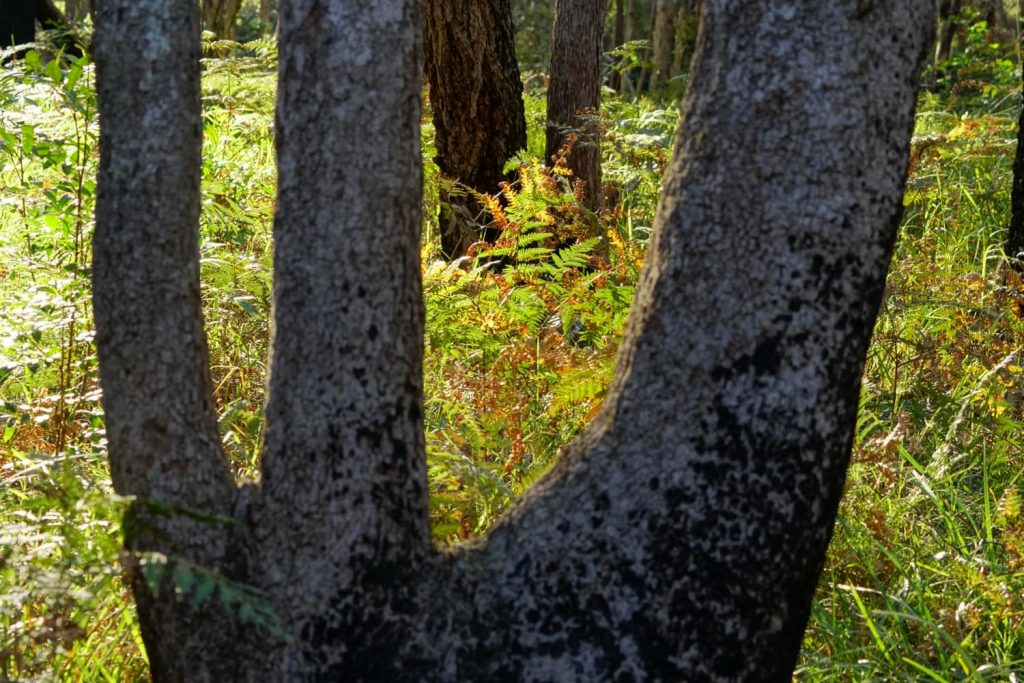 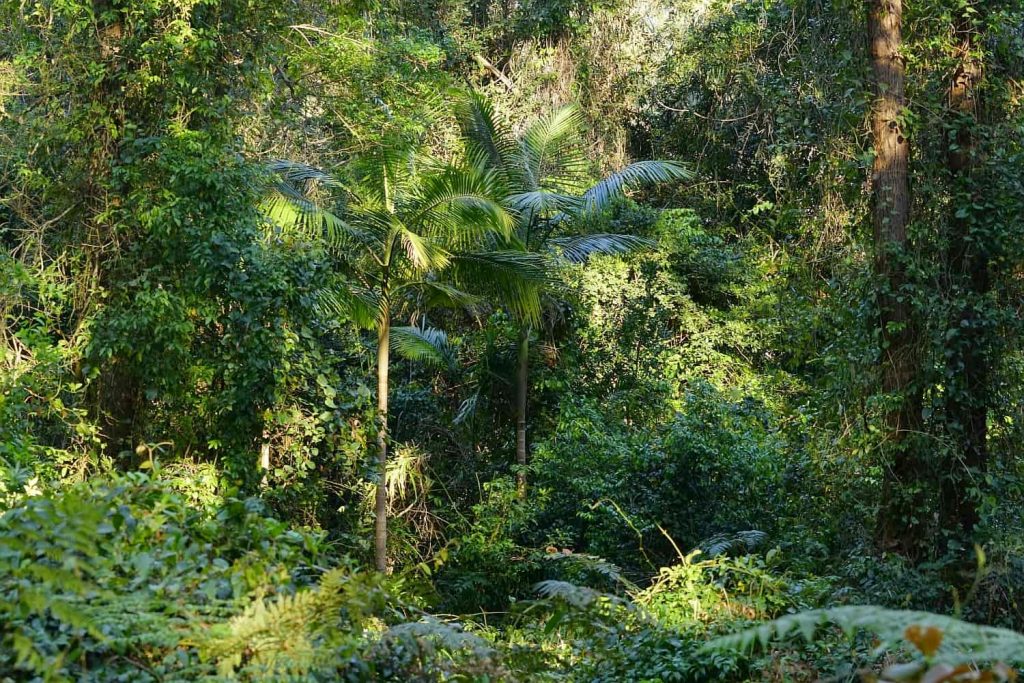 The sea has thawed, lightened its load, the waves topple forwards
no whales sighted, most have them have already passed south
not a good year, the currents kept them off the coast, just terns
and a fishing boat. Wrens wrestle in the wattle on the dunes. 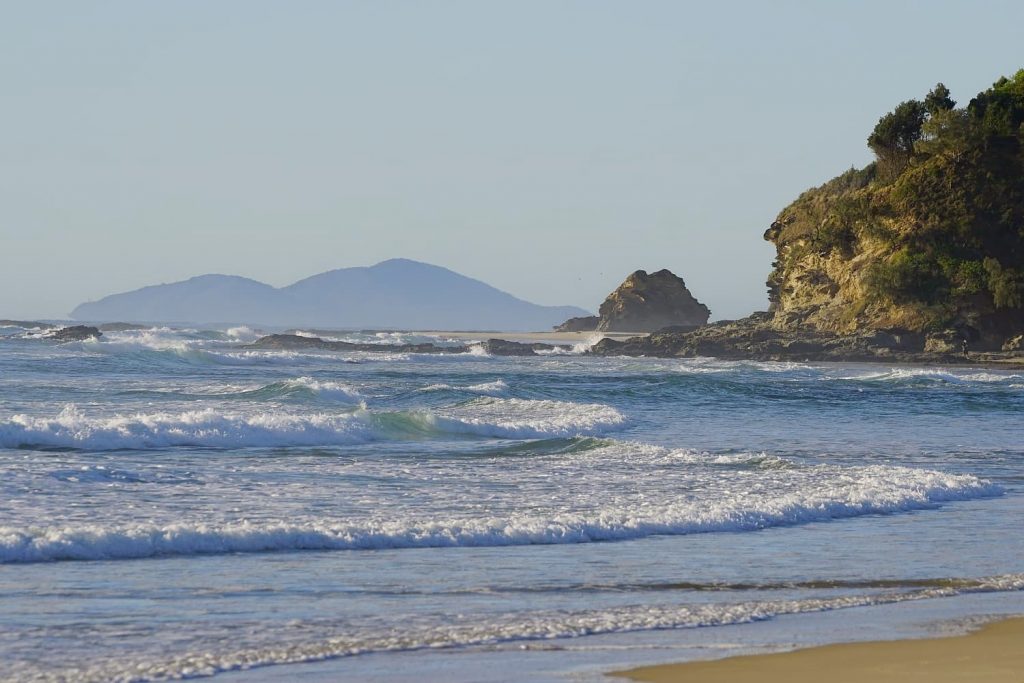 On our return Wyn spots a fox slipping across the trail, but pale.
The first flowering grass tree is continuing to unbutton its blooms
and attract native bees, one at a time it seems.

The day continues with lunch at friends, with mouthfuls
of conversation and home-made pizza with our choice
of toppings. We wanted everything they could throw at it.

A neighbour is trying to have lunch too, struggling without
cutlery, though we were managing. Eventually, the meal
dropped to the ground and the bird just kept looking down
as if wondering what could have been. 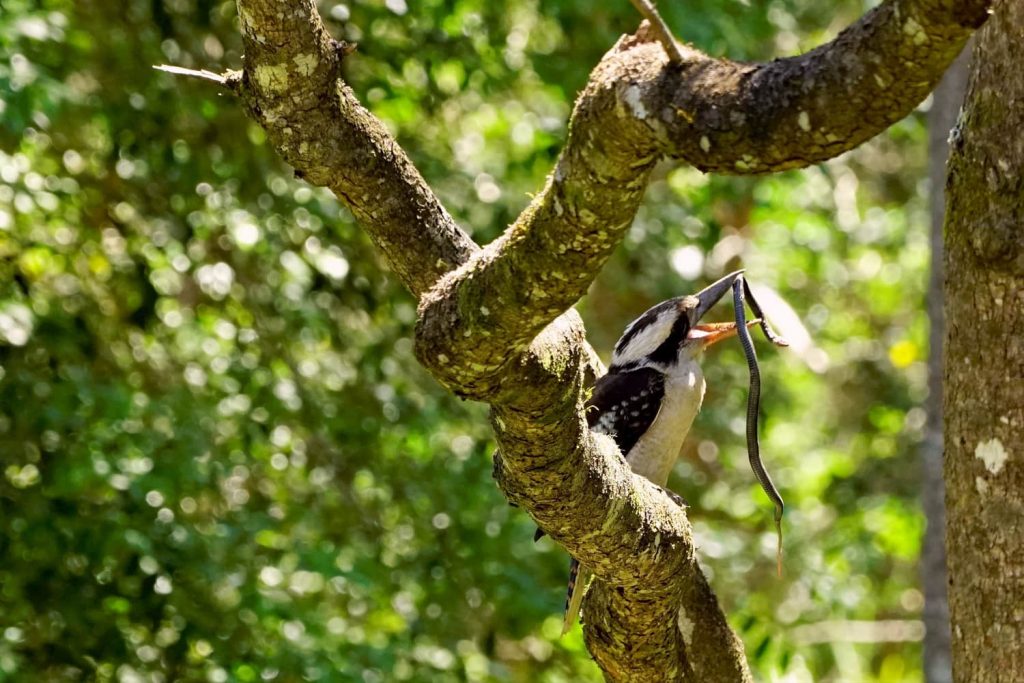 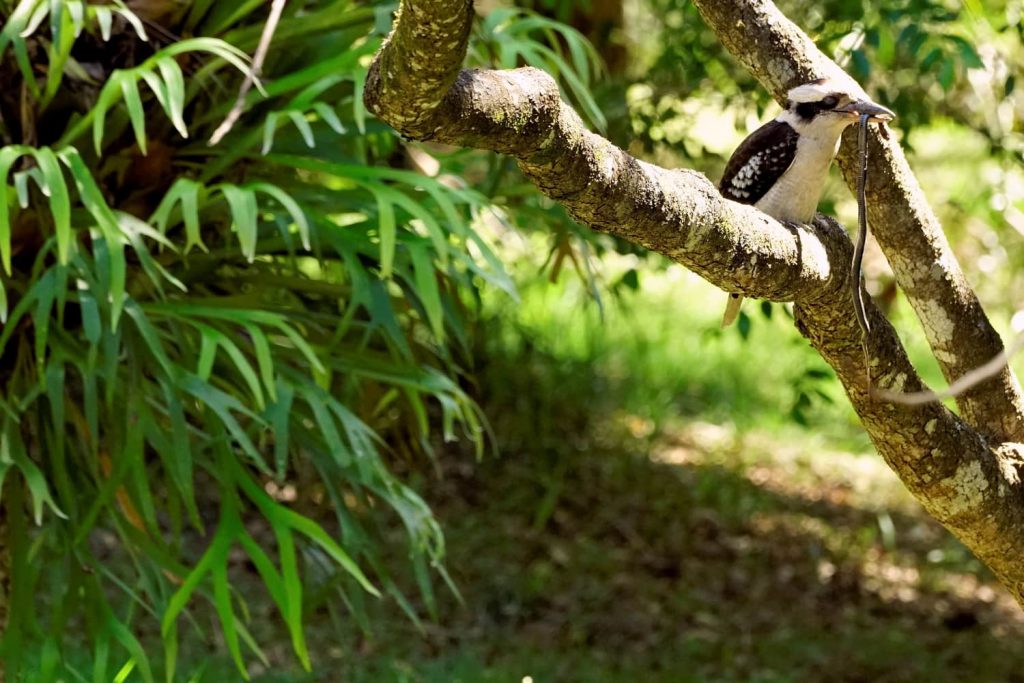 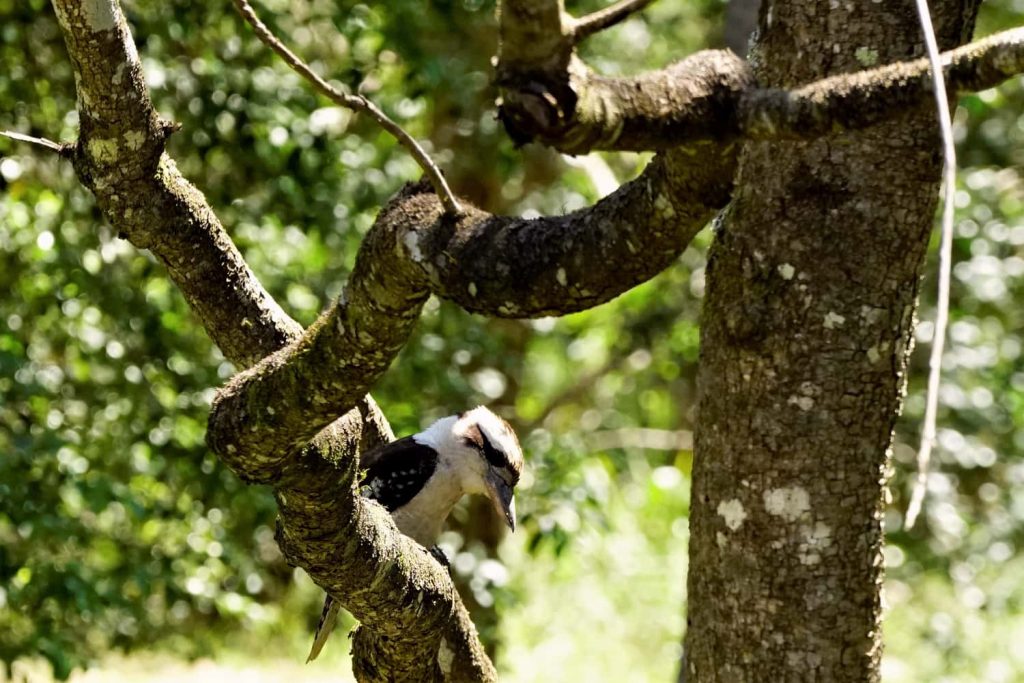 We have had our usual siesta though that is not the word
I would use, it doesn’t do justice. The light is slowing down,
a kooka lands on the bedroom balcony. I take the portrait.
I don’t have their patience. they are surveillance machines. 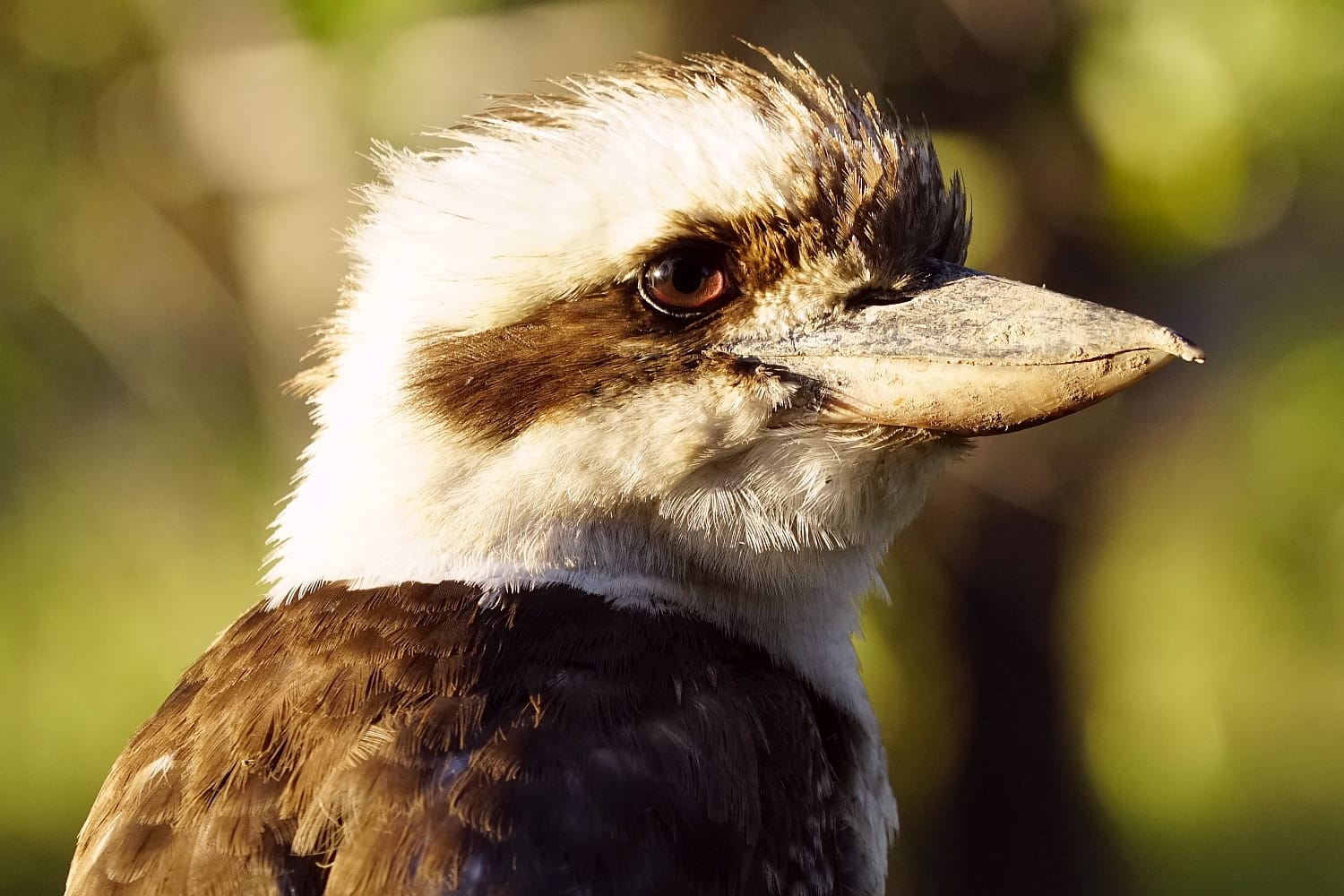 Typing out the poem, I put on Kew Rhone and think of Plank
(short for plankton) who had the record, a friend of Peter Blegvad.
Where is she? Is our cottage still standing on Holly Lodge Road
between the pig farm, the allotments and playing fields?
I doubt it. What a wonderful record though over forty years later.