I have never seen so many happy dogs shitting on the lush grass in the sun on a long weekend. This site was Gadigal / Wangal kangaroo-hunting ground that bristled with turpentine and ironbark before concentrating as a quarry for Wianamatta shale, an ingredient of brickies clay. Then became a brickworks for almost century, the clay pits then became a garbage dump. 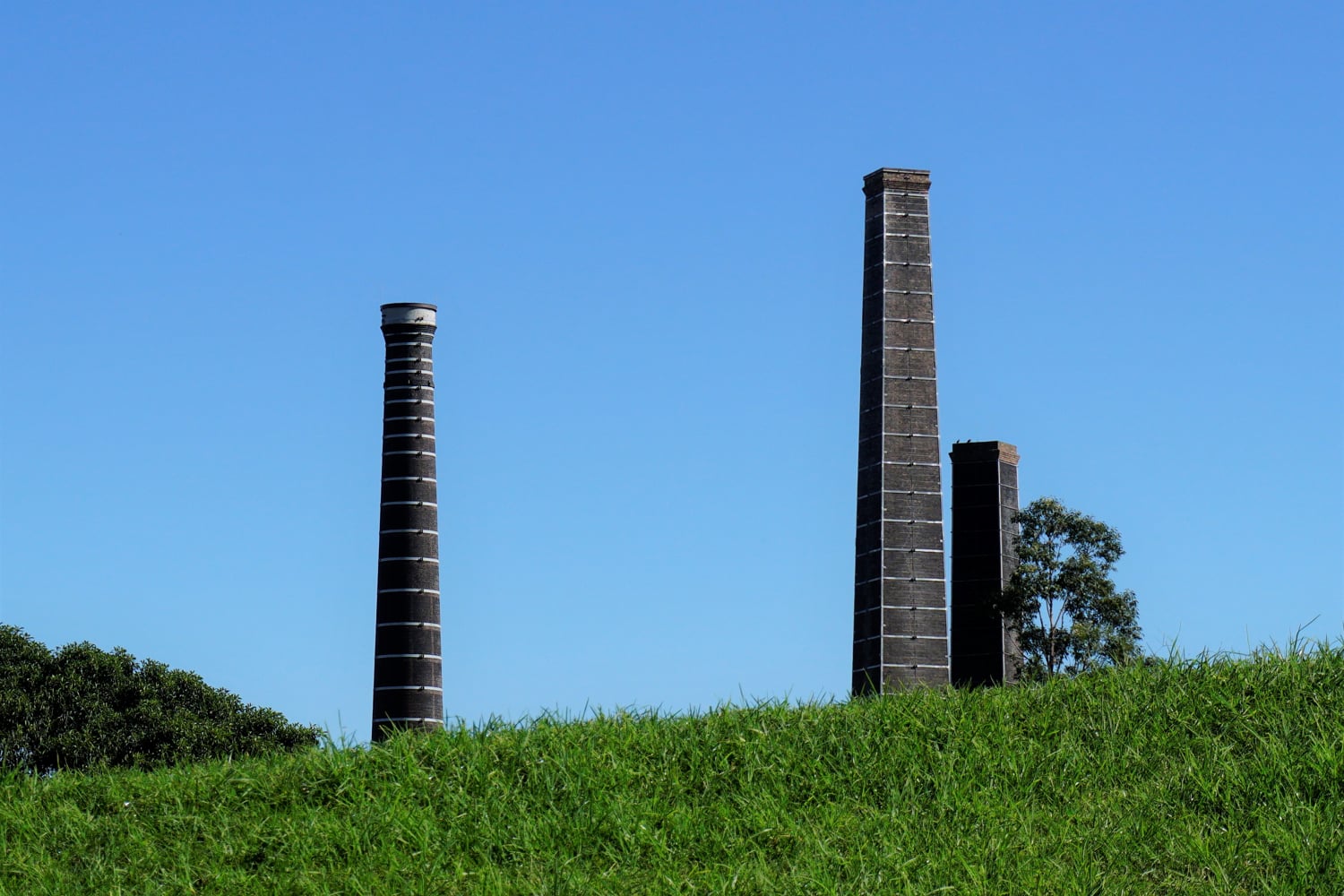 The landfill below the surface can leach gases including methane, sections are sometimes closed off warning, ‘Do not use lighters, matches or barbecues.’ The gas killed saplings when first planted, but trees are now growing well on the slopes where they are permitted. 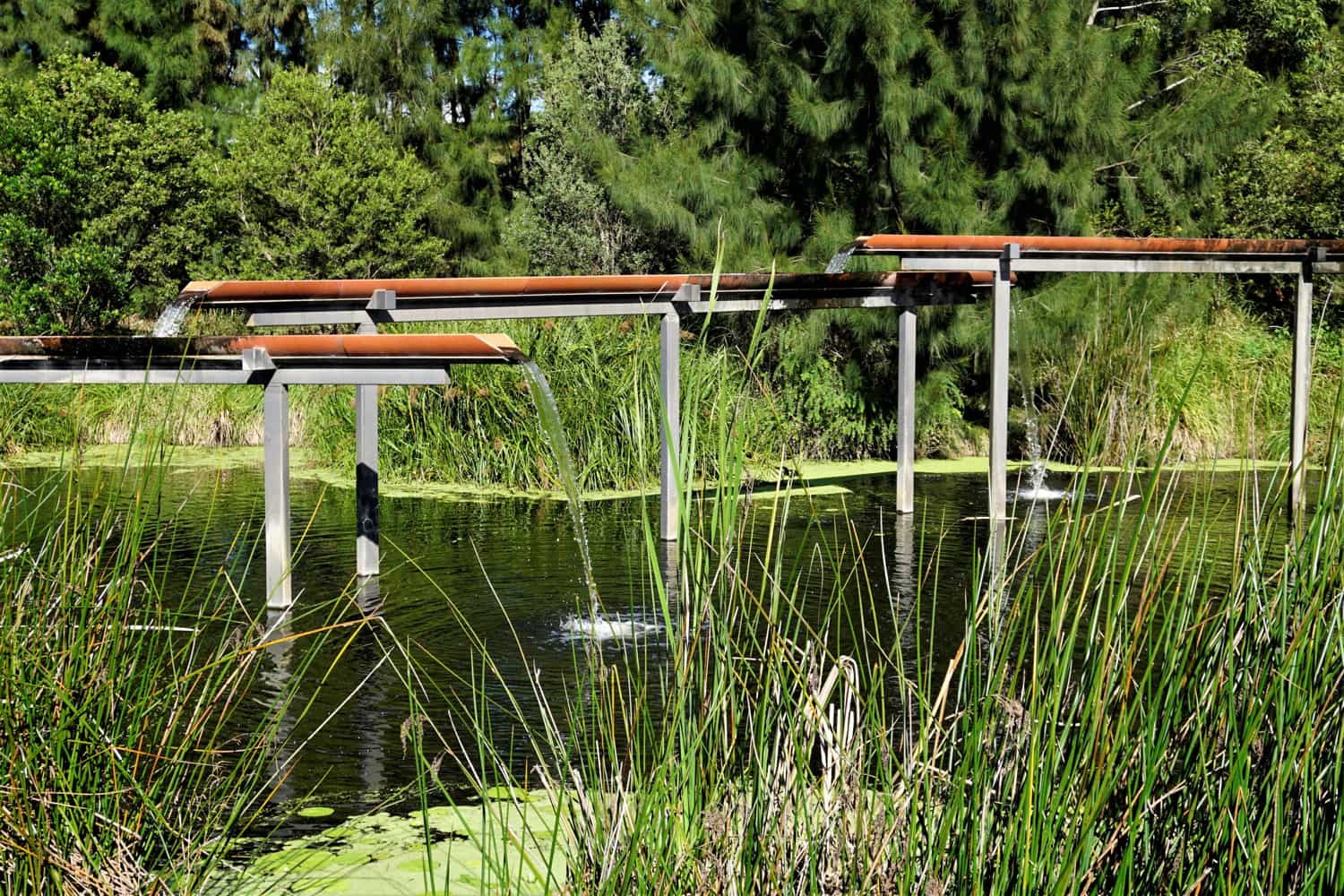 The park is being continually improved over the last twenty years. I think of that English landscape gardener whose nickname ‘Capability’ stemmed from Lancelot Brown’s habit of telling rich clients that their property had ‘capability for improvement’. I find a quiet place beside the wetland habitat that respects both the marsh that once sogged the south-eastern corner and the industrial heritage, but the water features just make me pine to be back in the Villa d’Este. 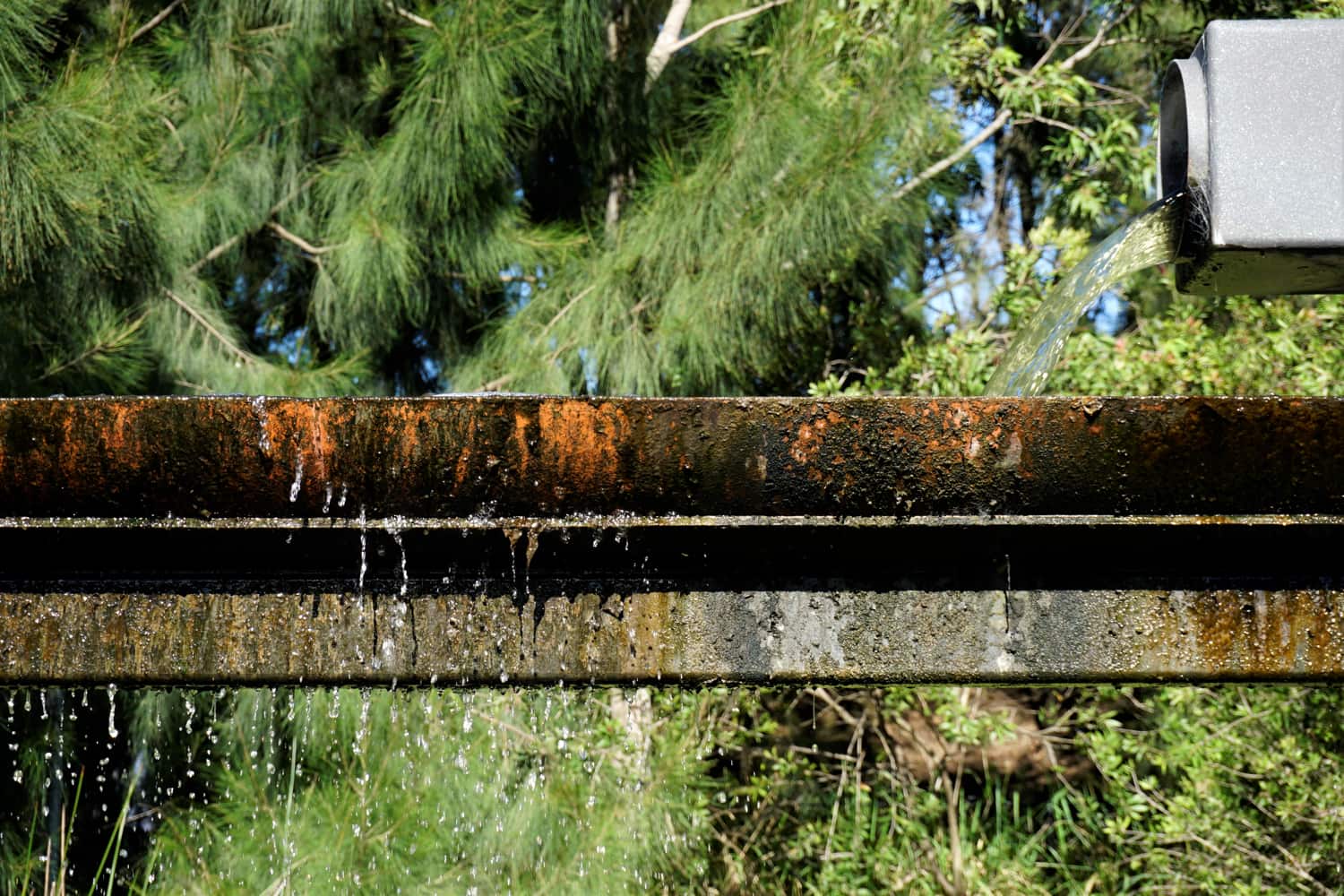 Worms are slowly moving on the rock I’m sitting on. Worms don’t make good poets, (typo – pets), but who wants to completely control another life form who wants unconditional obedience (seen as love). I take their portrait, dogs are overwhelming the planet, environmental saboteurs from their feeding and excreting. And the money from vets grooming, pet funerals and more could save some native species from extinction. The pet industry in Australia was worth $13 billion in 2021.[i] 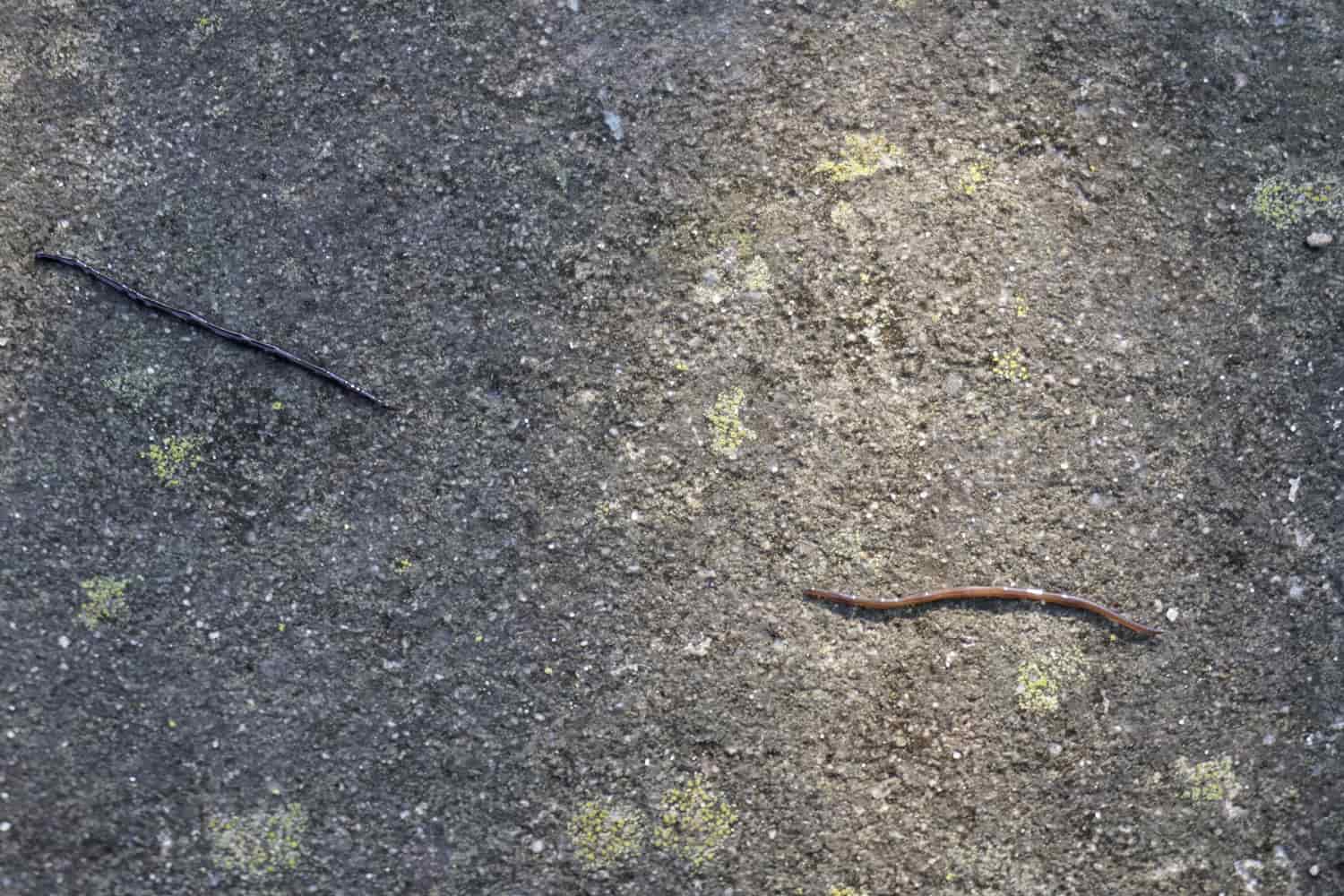 Australia has over 29 million pets, one of the highest pet ownership rates in the world, yet most of these pets are environmental vandals, dogs have a huge carbon footprint while cats are natural born killers (domestic and wild). Yet we have wonderful native animals. You just need patience and a desire to see them.

There is an urgent need to halt extinctions which will require legislative reform, better management and increased funding for species security, protection and recovery.

‘It is likely that the actual cost of recovering Australia’s listed threatened species is closer to the estimated AU$1.69b/year . . . Although governments may consider this to be a large sum relative to current levels of funding, a useful context is that Australians will spend more than double this amount on pet cat care in 2019.’[ii]

Darwin appreciated the lives of animals, the whole gamut. He thought worms, and even their castings, a ‘cause for wonder and celebration, for worms thus help to create and aerate the soil, converting the products of death and decay into a source of regeneration and life.’[iii]

[ii] Brendan A. Wintle et al., ‘Spending to save: What will it cost to halt Australia’s extinction crisis?’, Conservation Letters, Vol12:6, Nov/Dec 2019.

[iii] Charles Darwin, The Formation of Vegetable Mould through the Actions of Worms, 1881.