Belgium is the world’s worst affected country when it comes to the coronavirus mortality rate. BBC

How the dawn chorus reconnects me to life, and hope. The Guardian 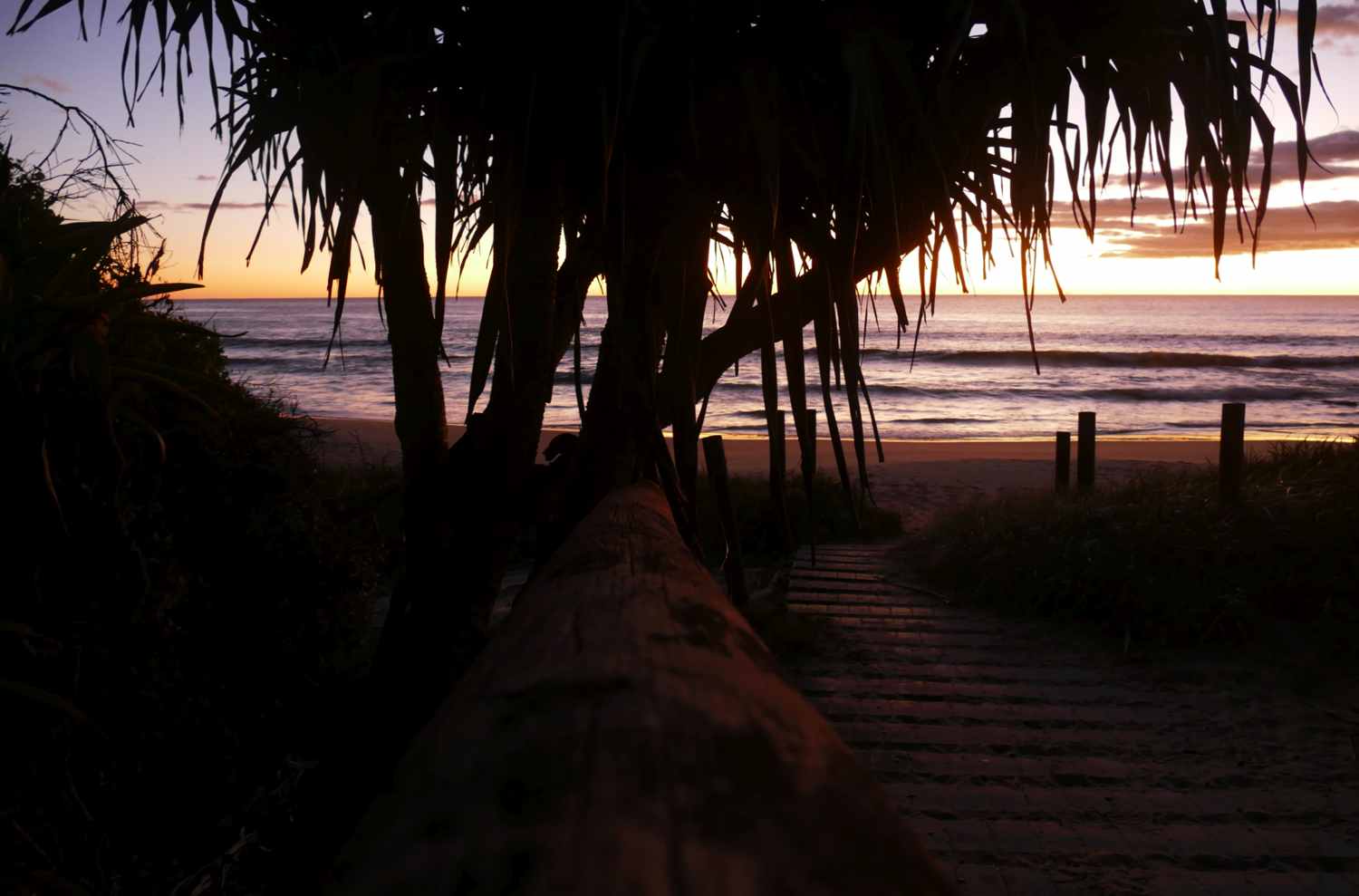 The track down with Pandanus palm-like leaves spiking the seascape 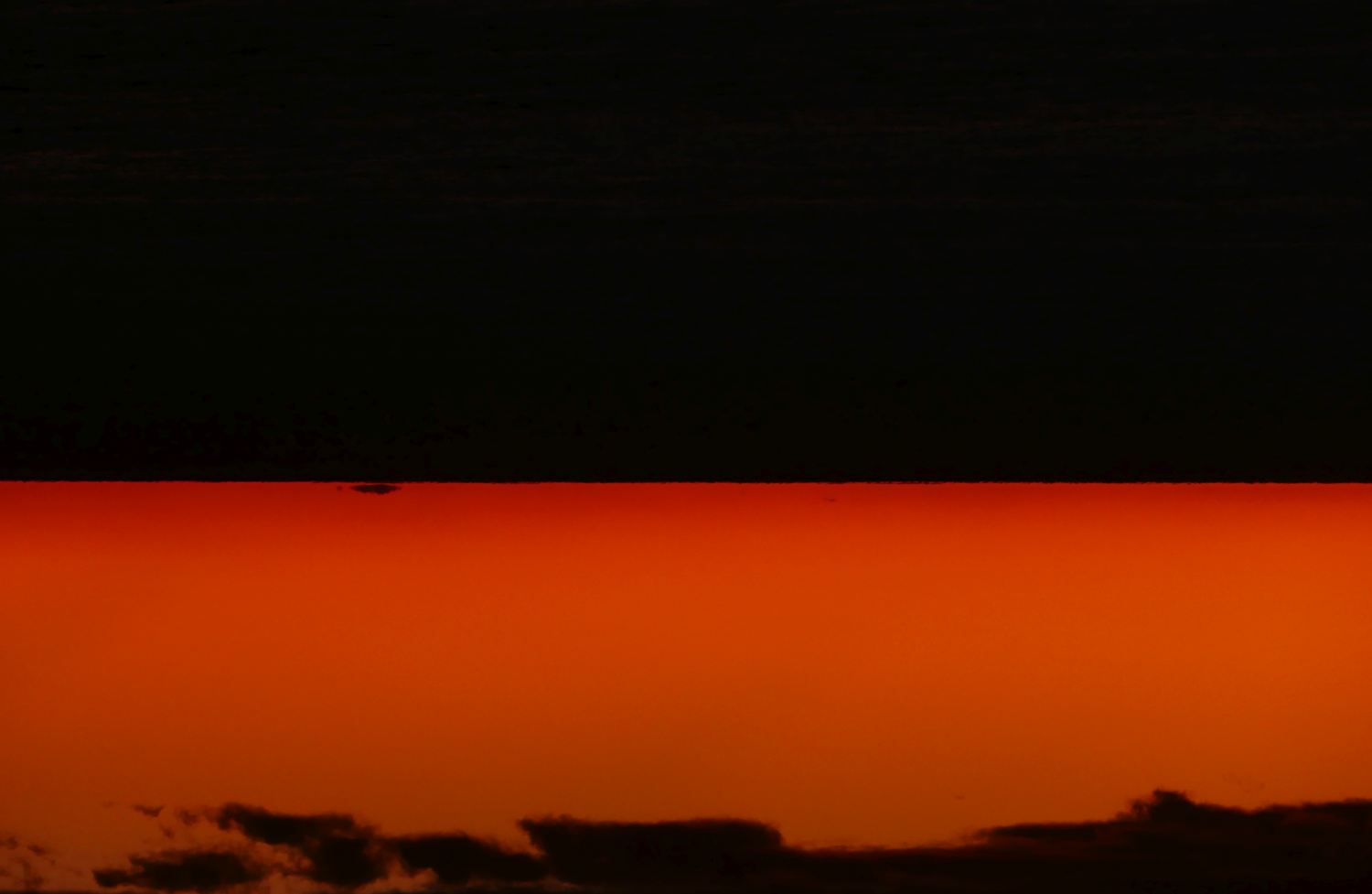 A very quiet bird song overture, but then I’m a little late for the full bloom. Still a red sky is a red sky. 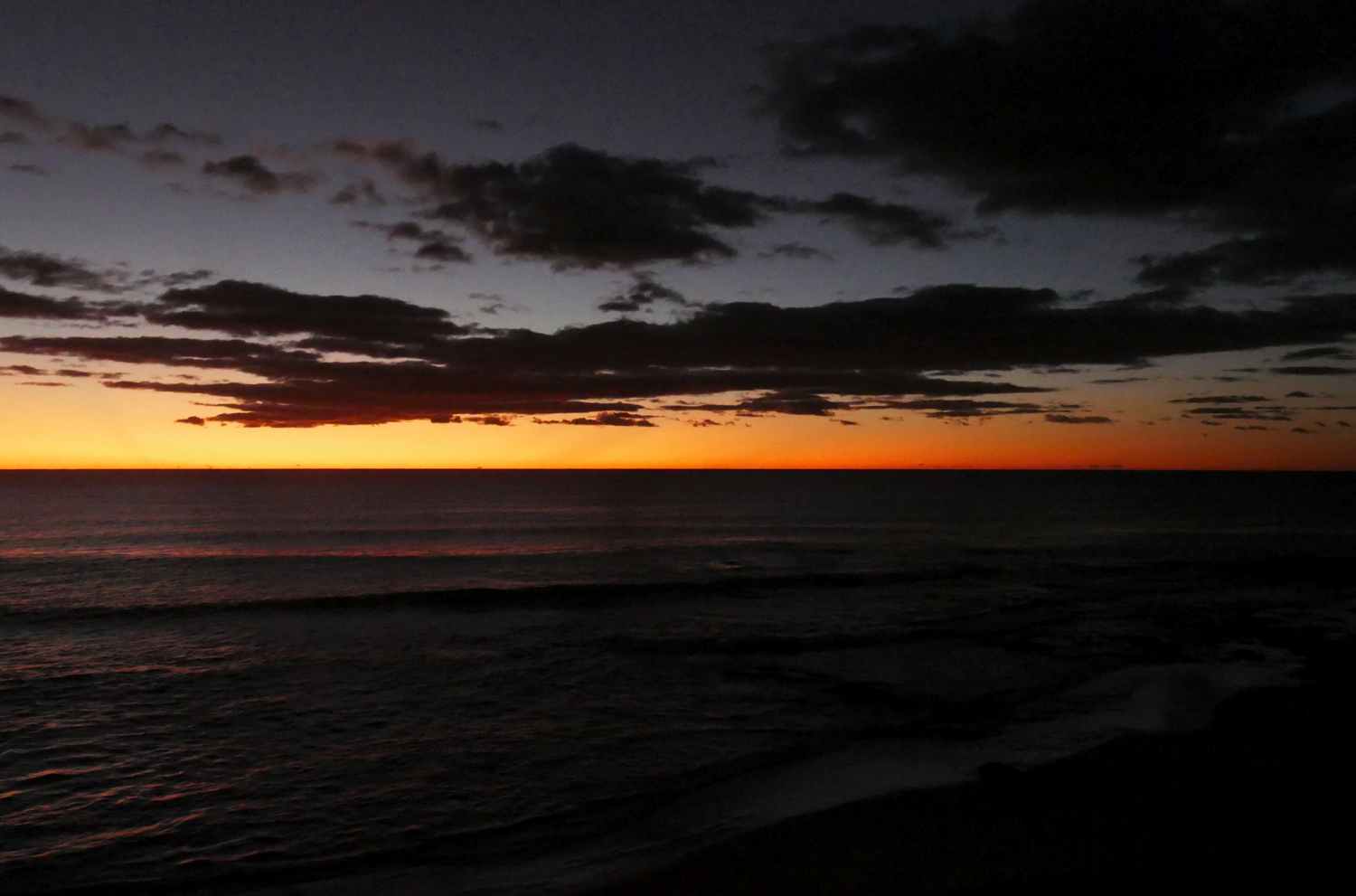 Carelessly heading to the rocks to tie a shoelace, disturb two Sooties who take to wing winding round the sea, calling out. One lands at a trusted distance in front of me, the other continues to fly away. The stayer pecks the lower slope, then a wave more violent than before smashes in a whirl of foam and spray. The bird vanishes. I was worried for moments. 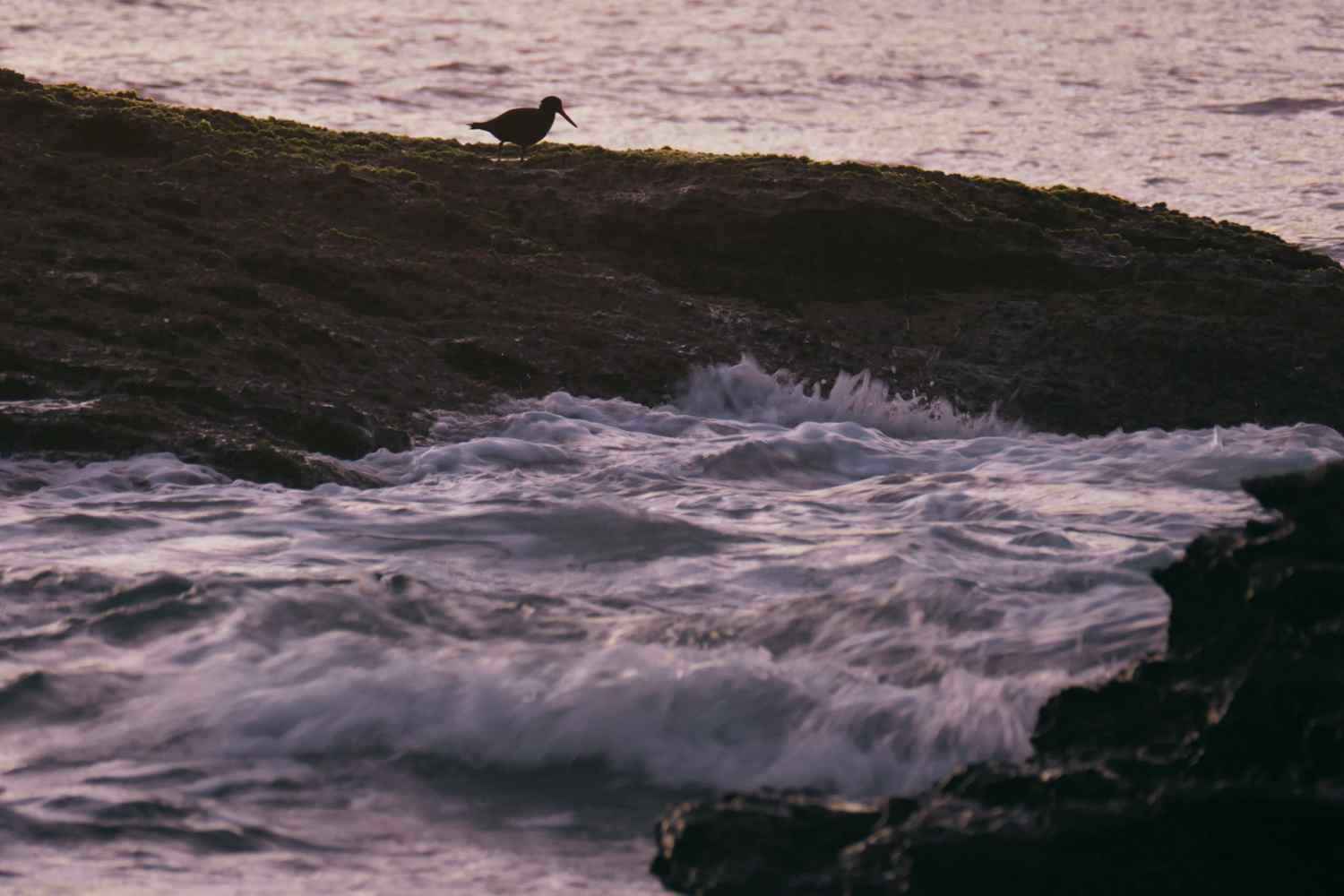 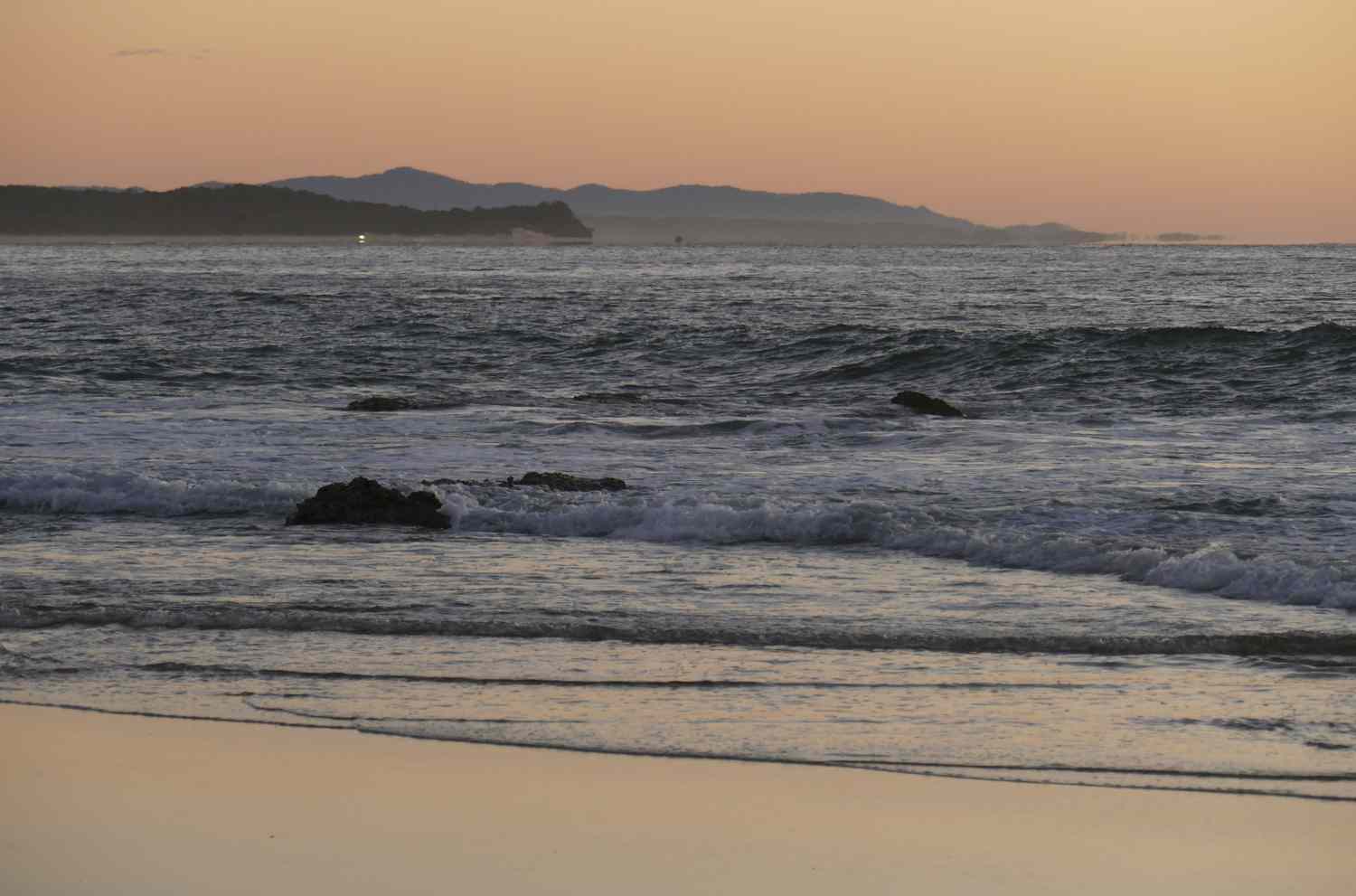 The surface cracking up through the energy of cosmic forces, the waves are so animated against the black slung silhouettes. Accepting all this . . . 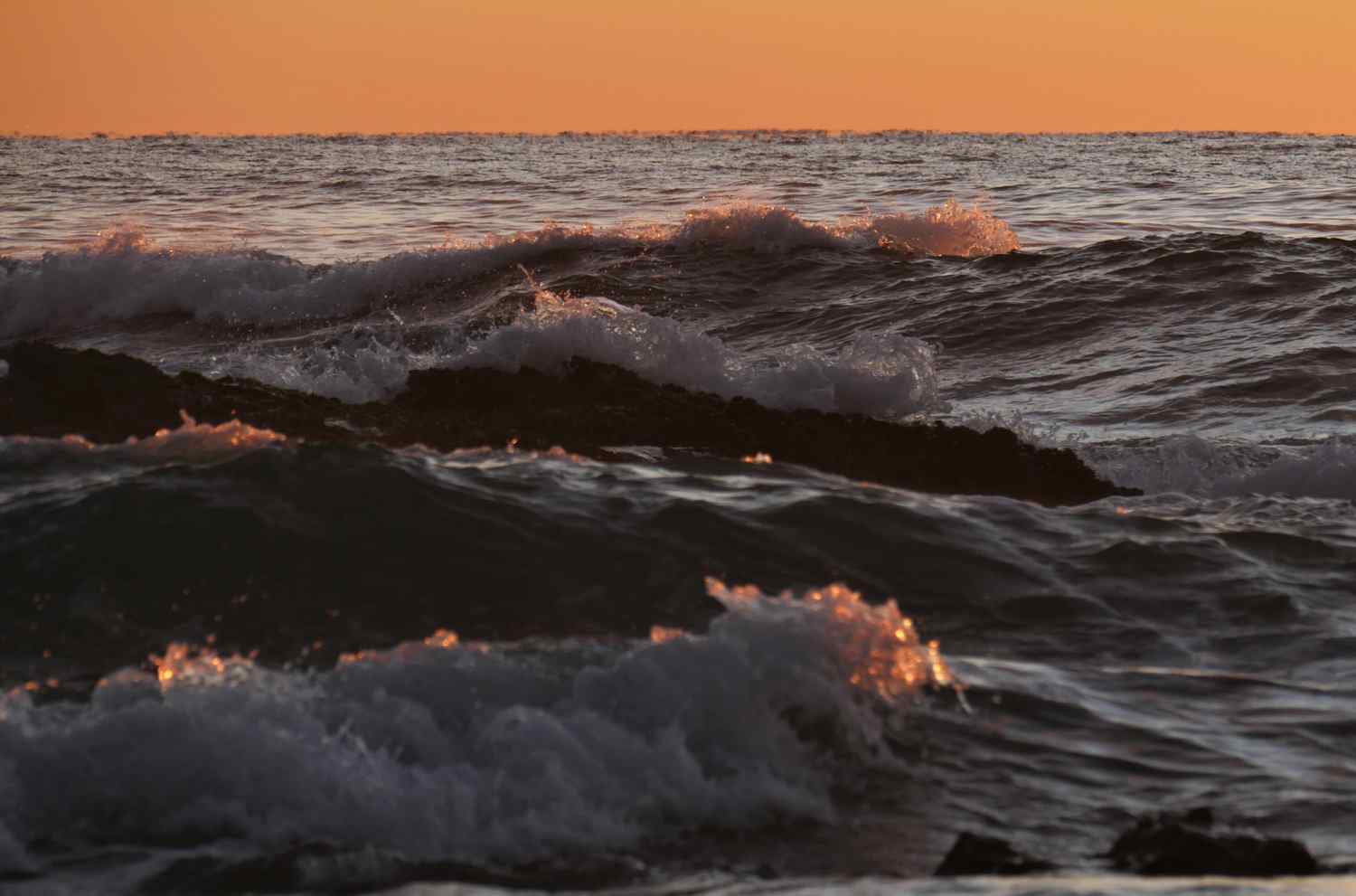 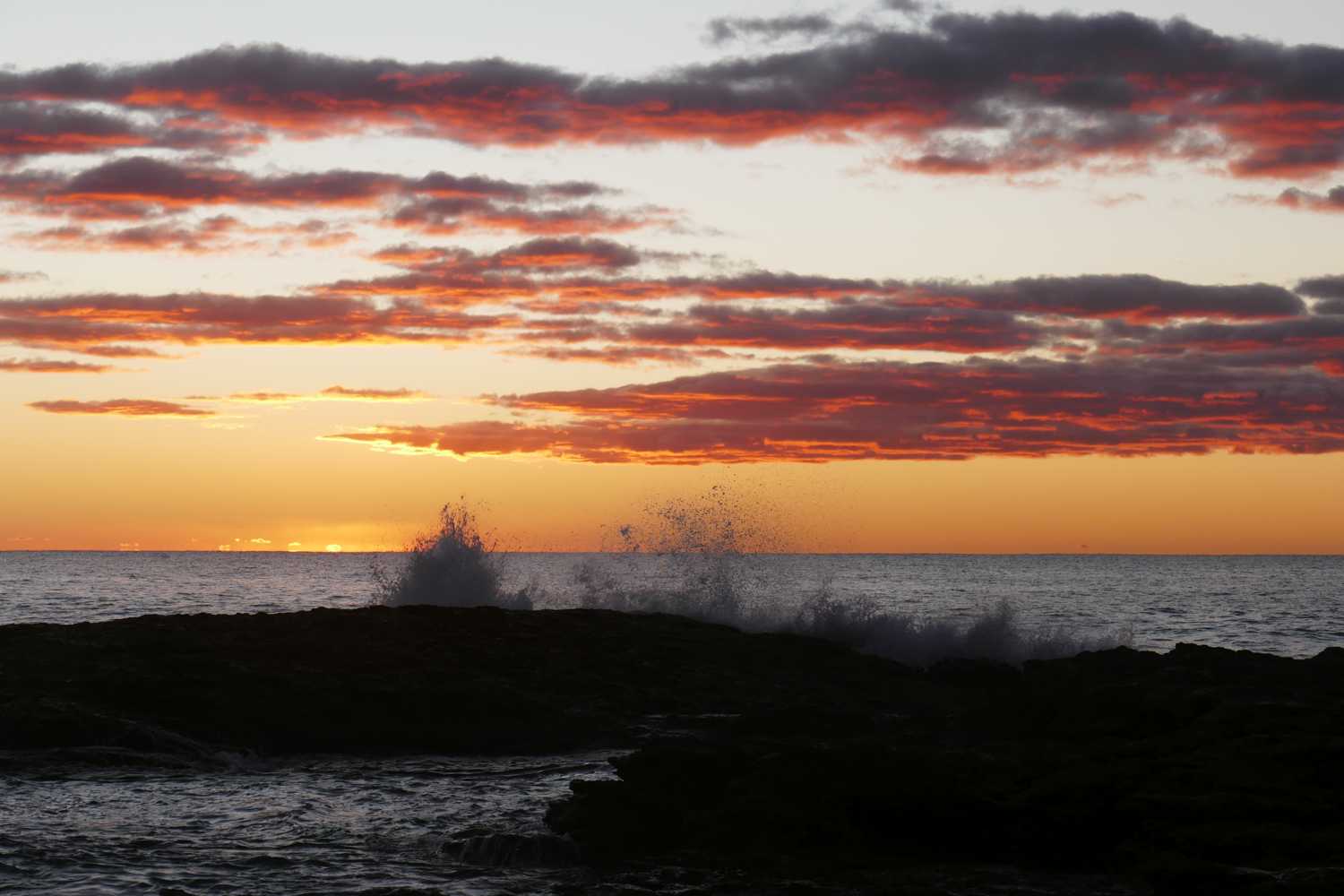 Out at sea a modest three masted trireme turns into three men fishing. Anticipation in advance. Subtle tracings arc the ocean’s amplitude. Men in bondage, on the lap of the ocean, a restless mattress. 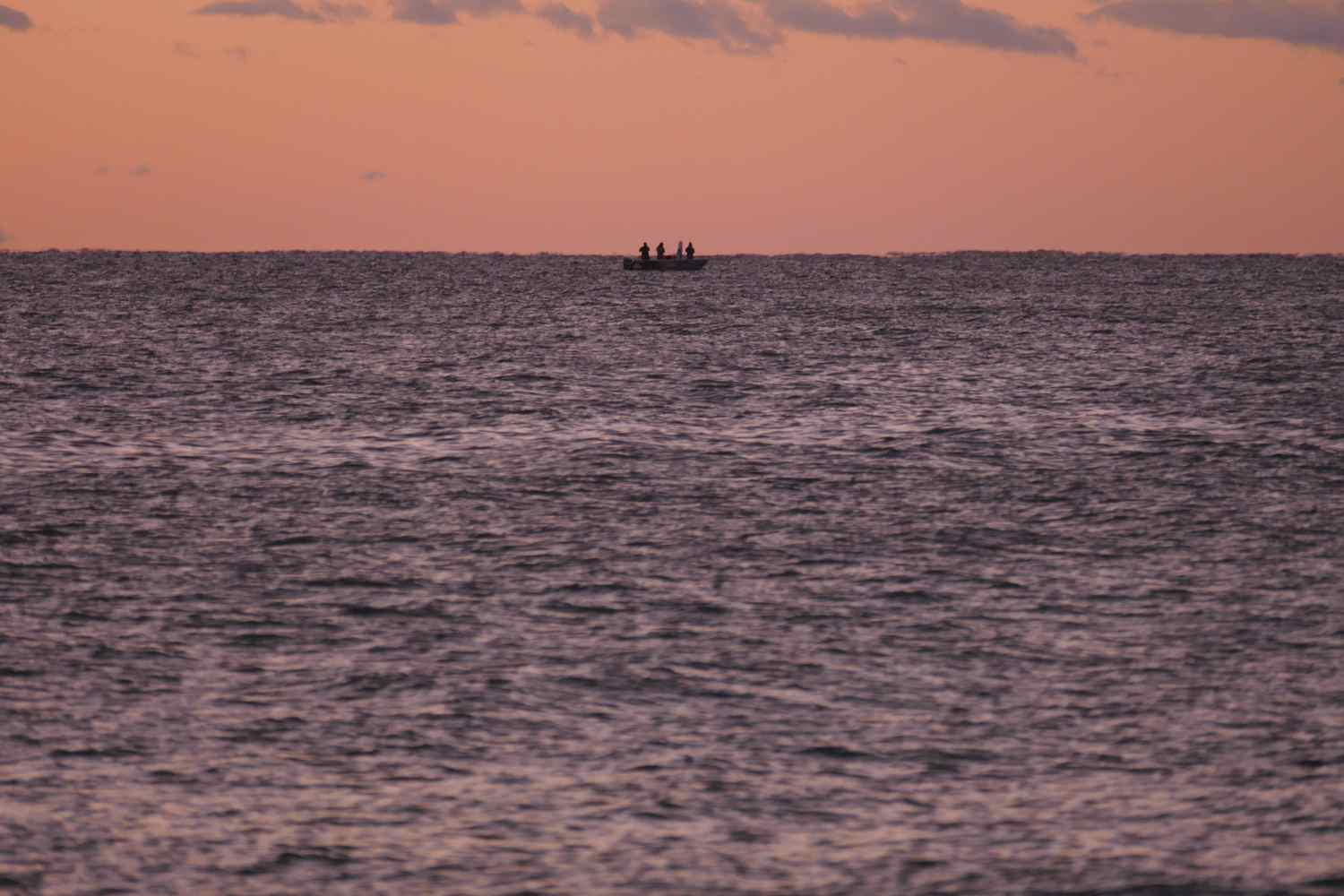 Hard to fathom the jouissance of red cloud sealing a small pool best. 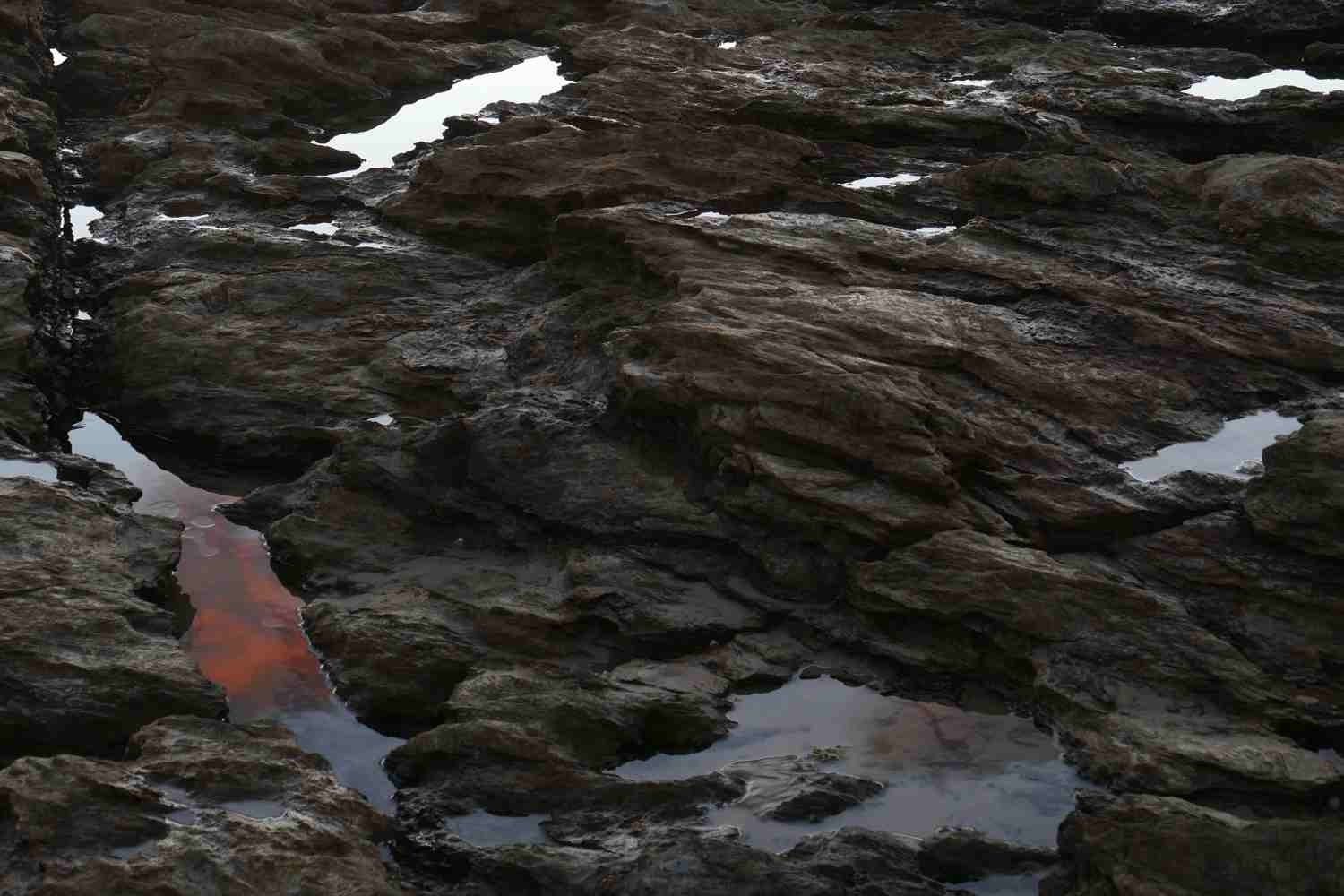 Eos is unwrapping her brother, ribbons of cirrus, another jewelled beginning. 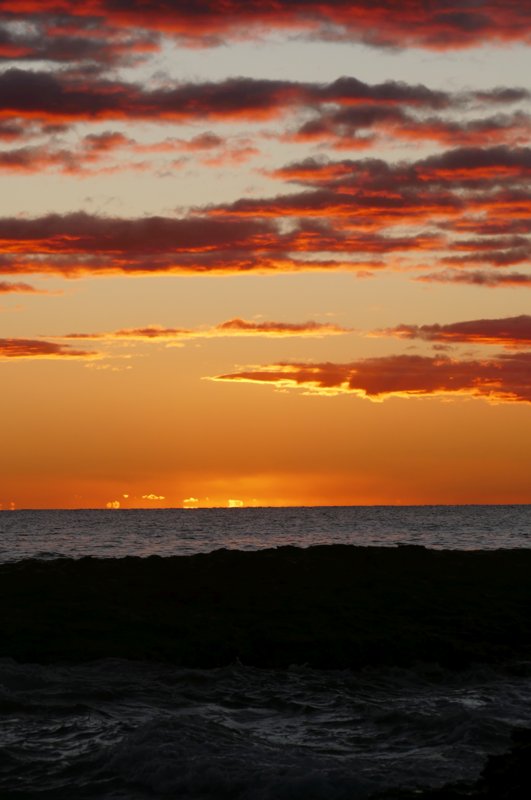 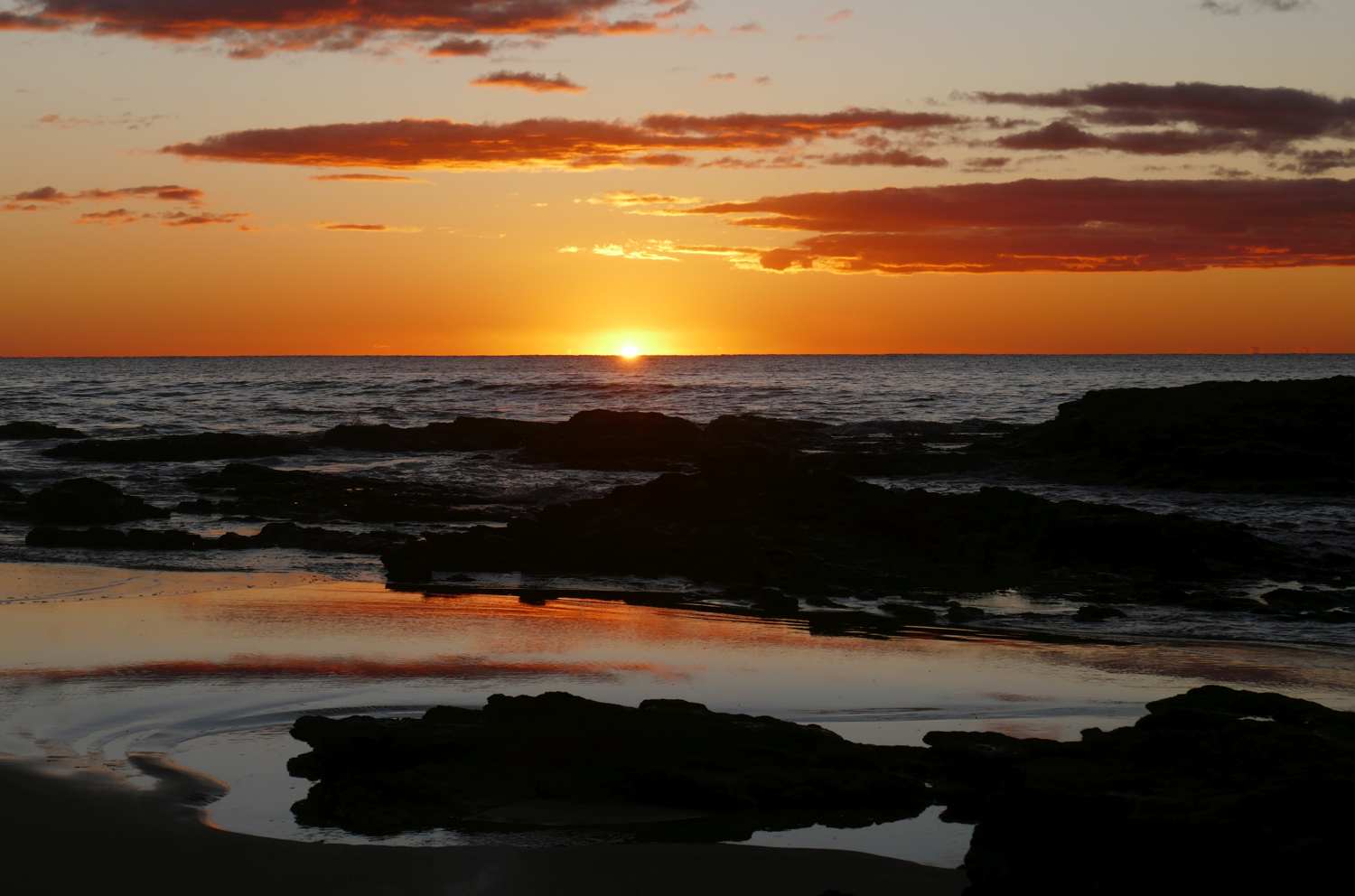 Nothing is faster than the speed of light so I am trying to catch light out by showing the shutter speed, or being taken by surprise, kicked by a wave in a rockpool into gestural brilliance – water in the hands of the light or the other way round. 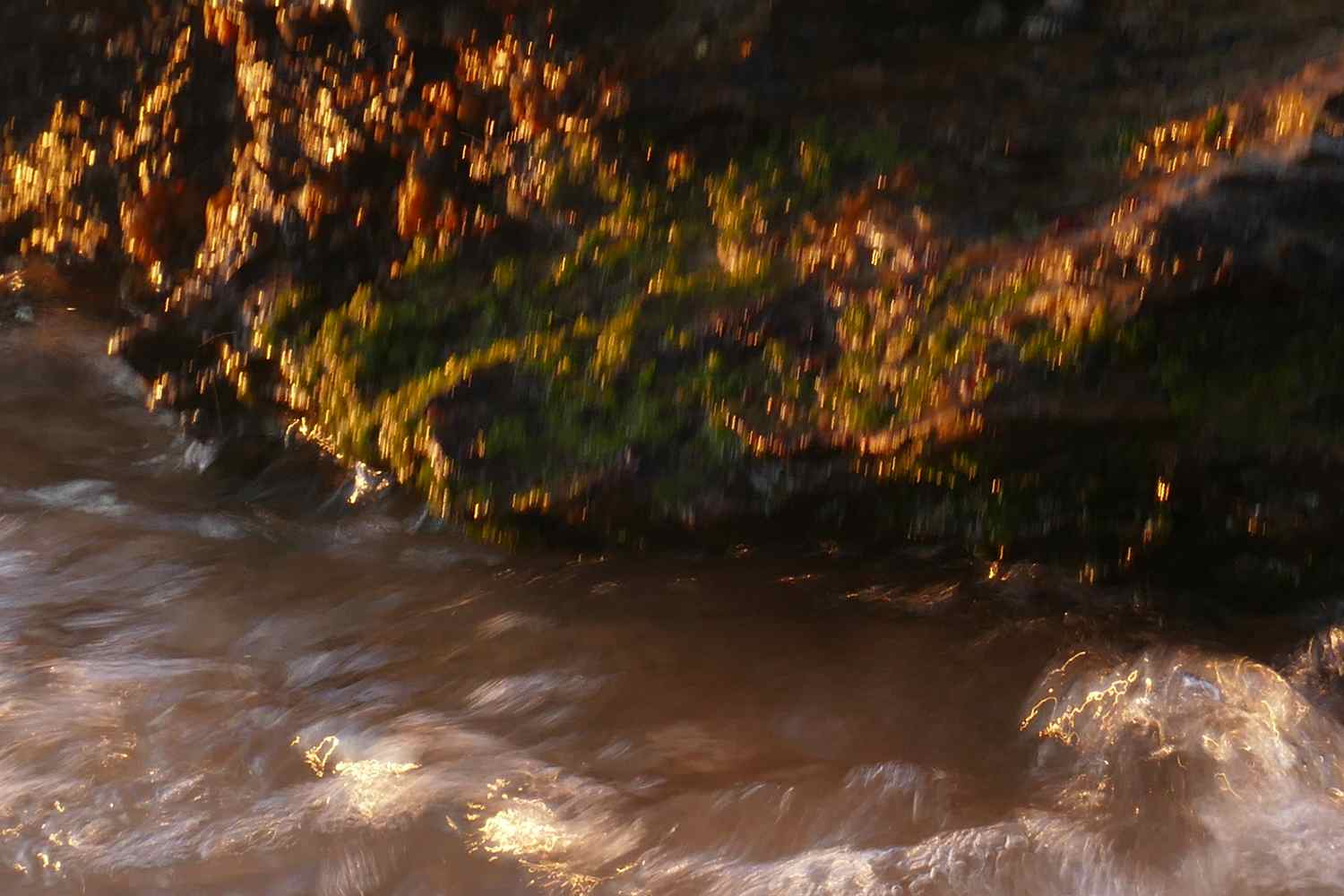 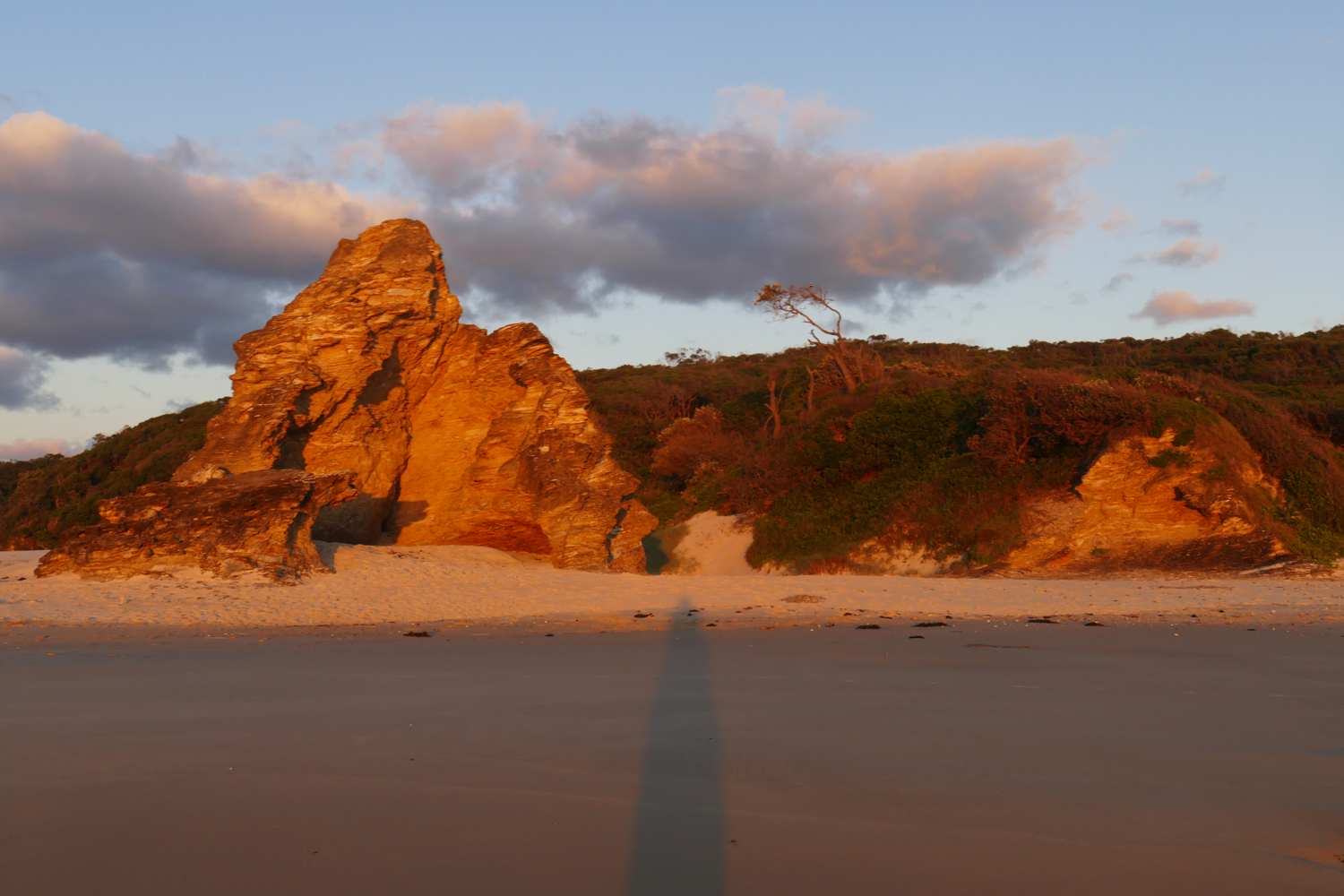 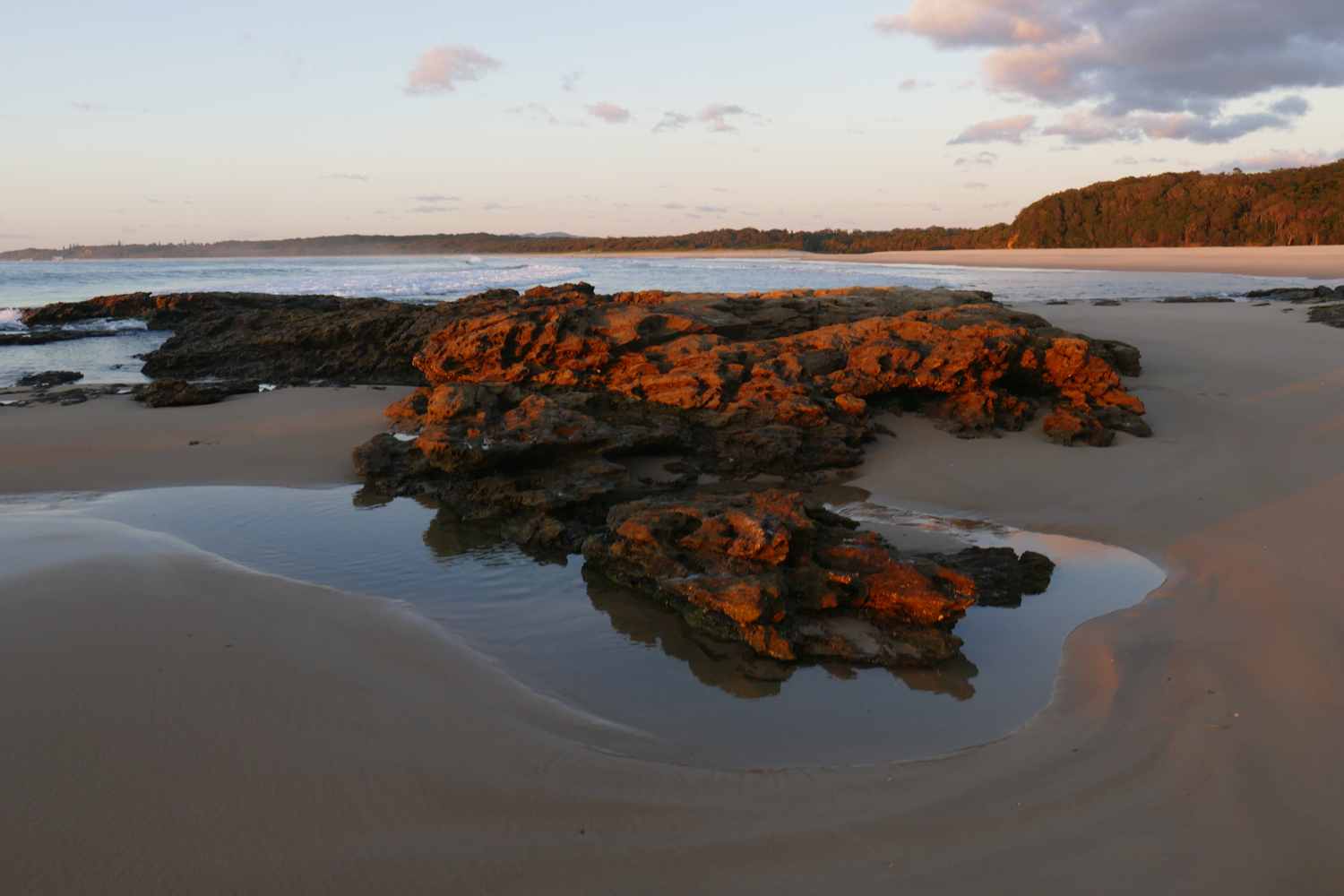 Slow to learn attention, practical to technical to theoretical, I have never danced the cockle dance here. 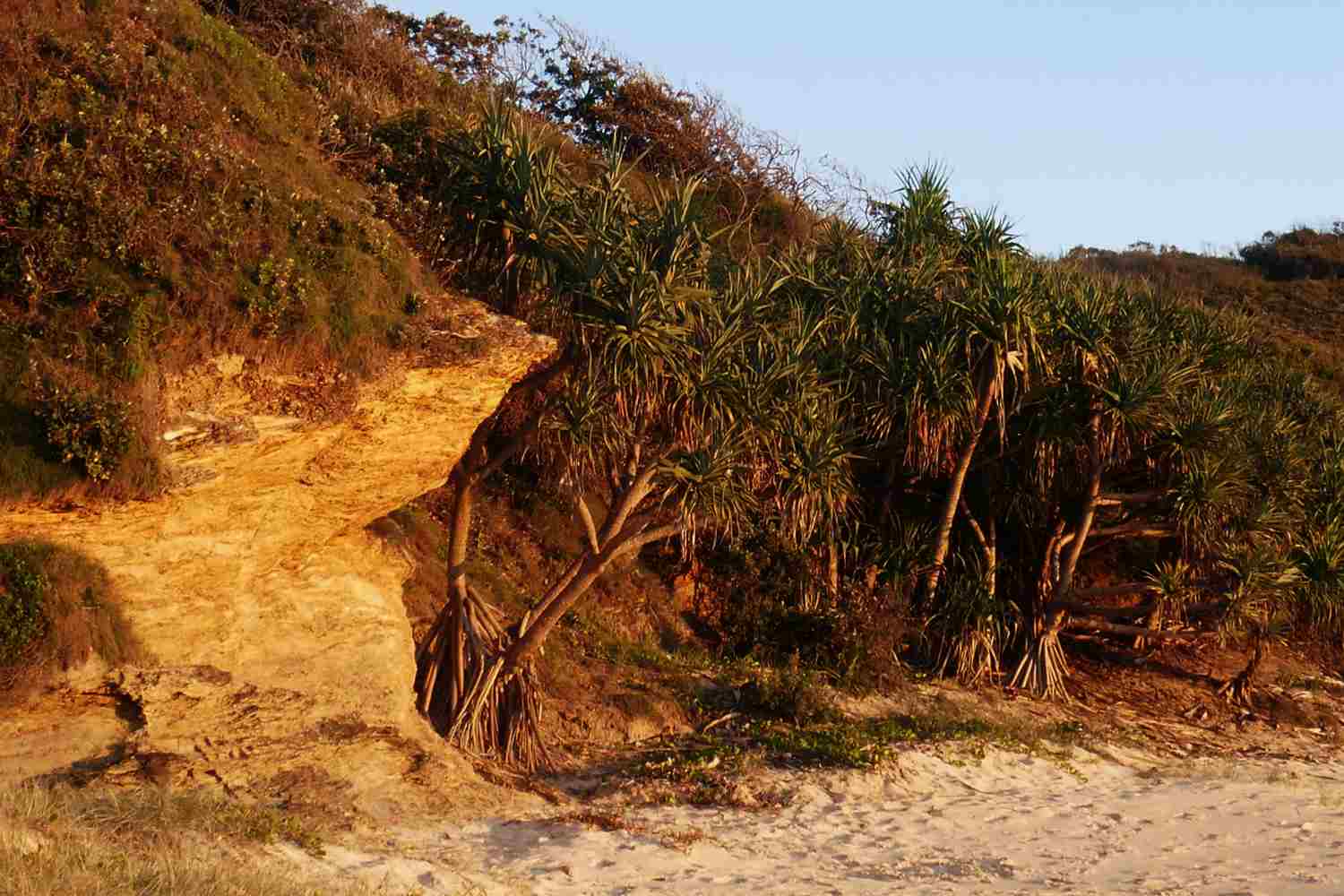 sea    sky    today – I imagine it can sometime be that simple 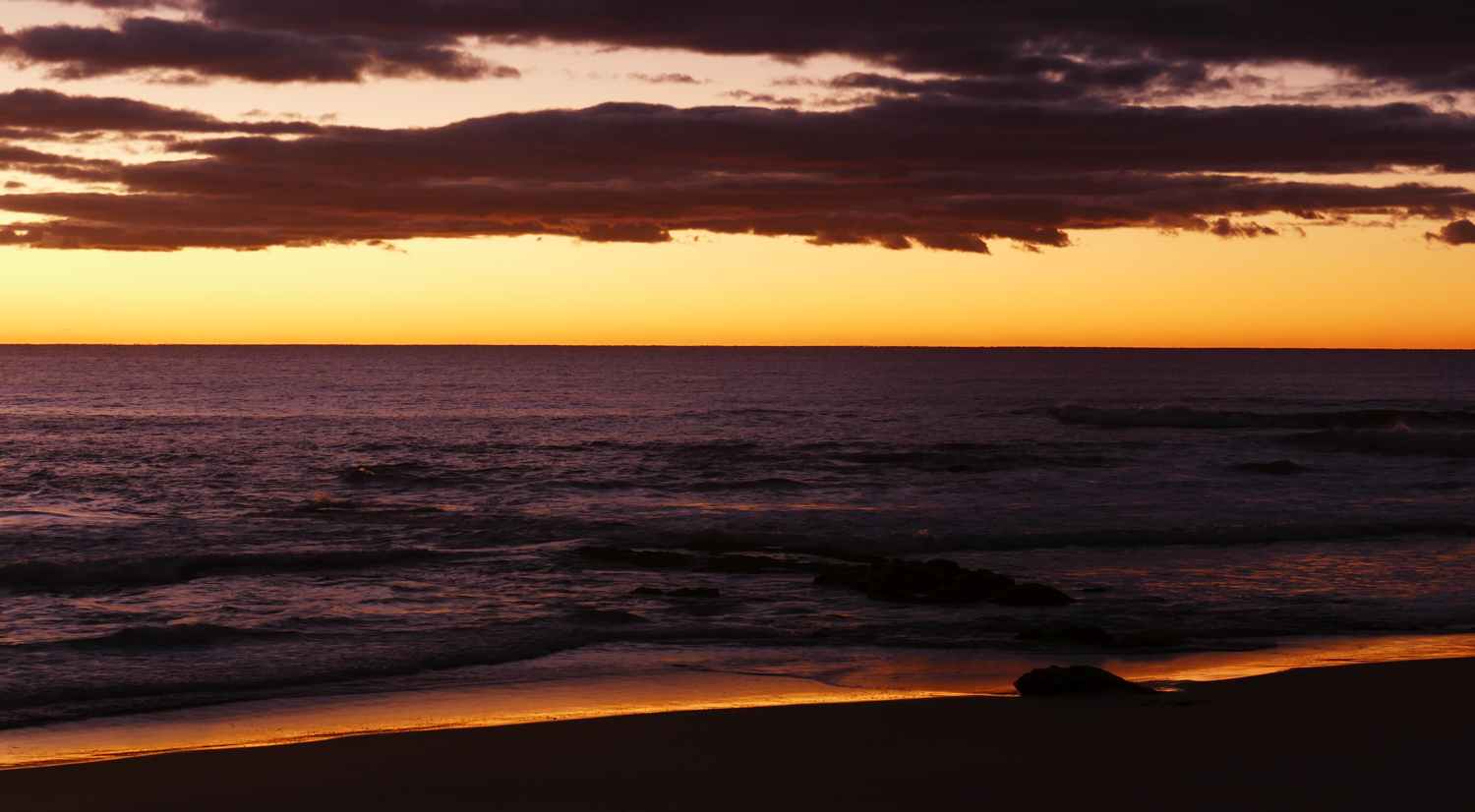 A sawfly larvae crossing the path alerts me to danger, I examine the callistemon they will decimate unless I take action. I dig into the clay soil close by to plant another Grey Myrtle, then go around and spray water on the nine Elkhorns we separated and attached to trees. 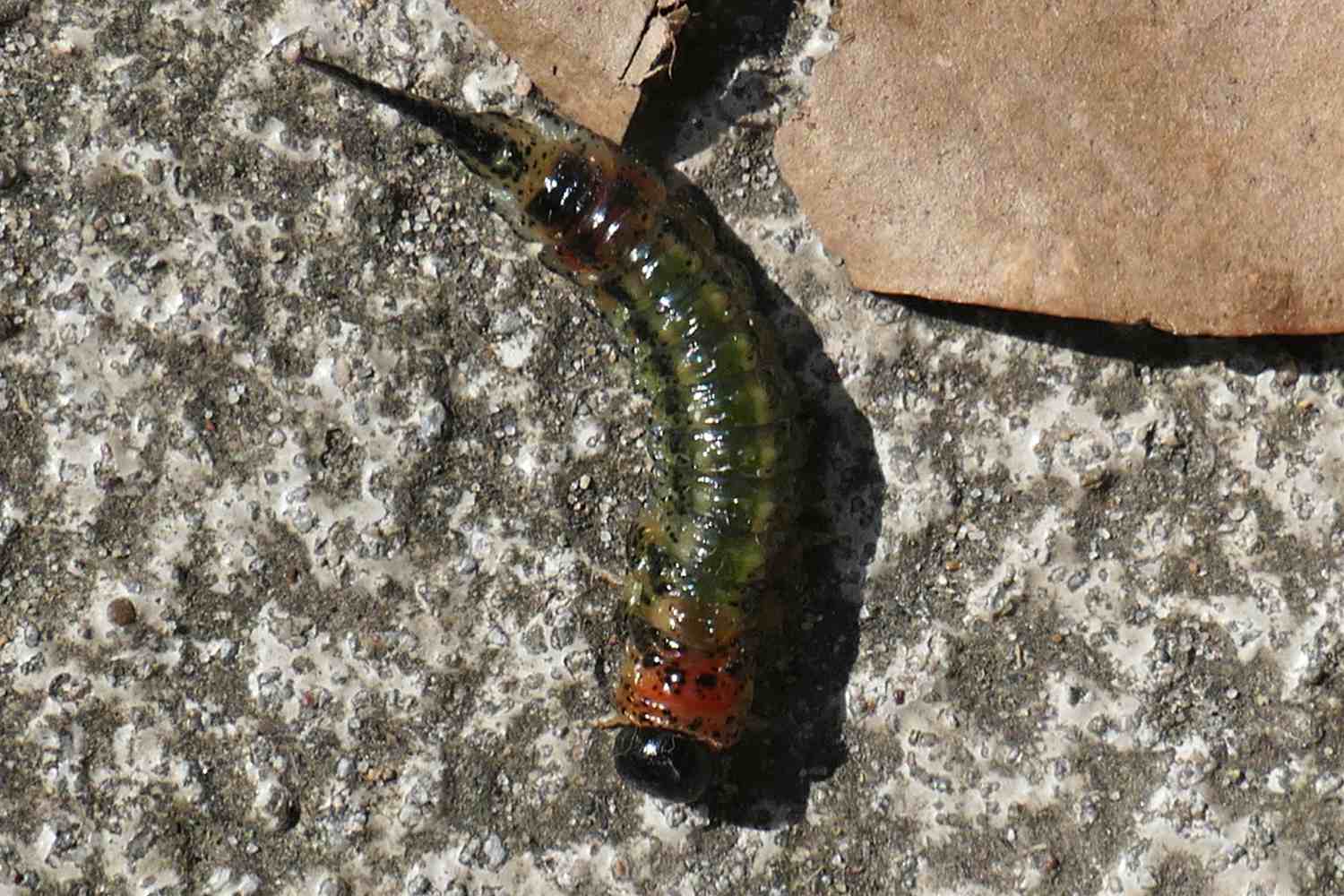 By 2100 BC, soil erosion and salination had devastated Sumerian agriculture. One wrote that the ‘earth turned white’. Civilization moved north to Babylonia and Assyria. Again, deforestation was a factor in the rise and subsequent fall of these civilizations as well. 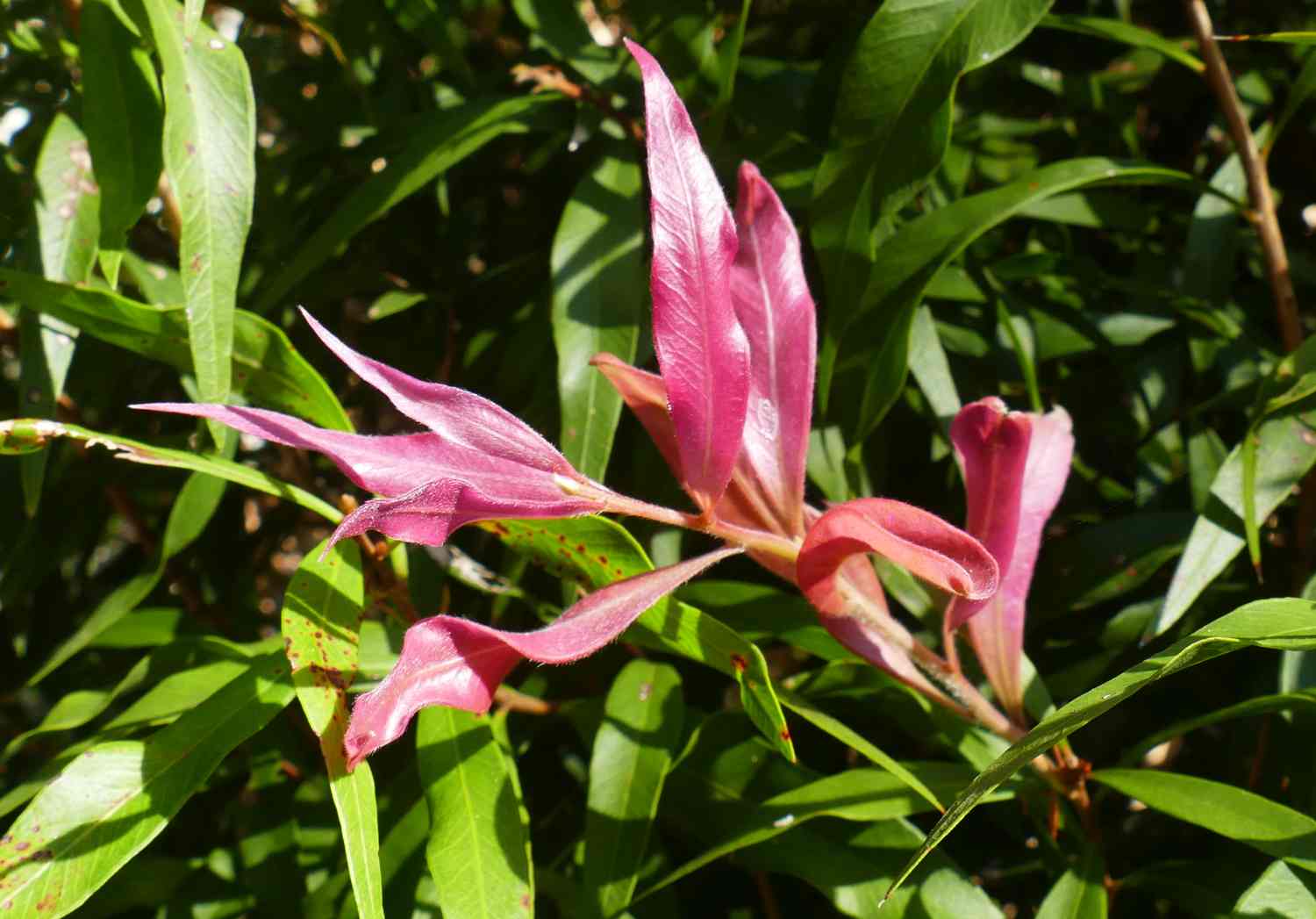 Two large oranges lie on the ground, apple green, the branch snapped, careless, the tree grafted, productive, juicy but . . .  then I discover that there are no small, bitter oranges scattered somewhere in the wild, that were bred up to be big bold and sweet. Oranges are a hybrid of pomelo and mandarin. The sweet orange is found in Chinese literature before 300 BC, though the word orange only became English in the 14th C, and didn’t refer to a colour until the 1500s. 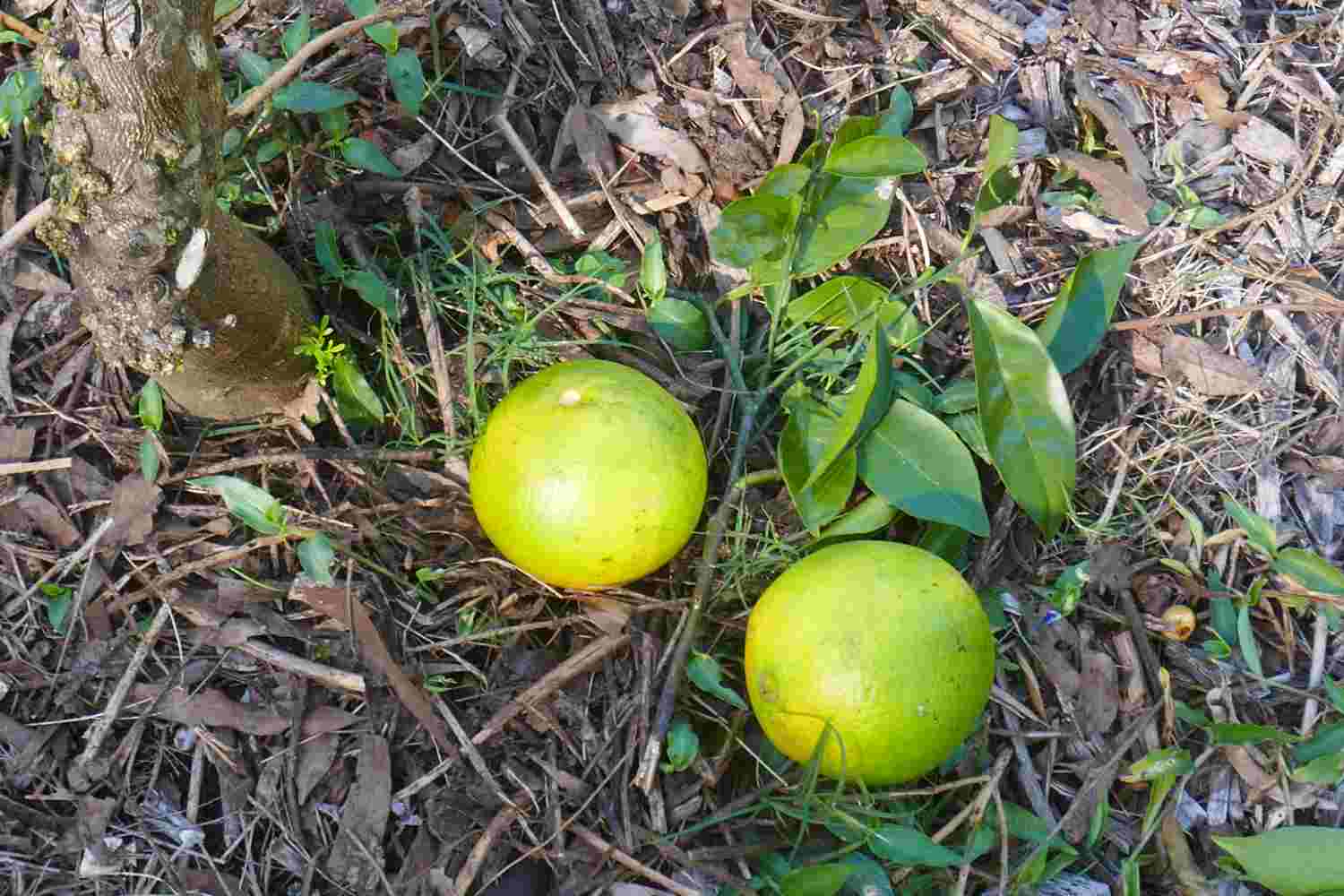 Gardening is unnatural, but there are degrees, I use a mattock not an army. Circa 1550 the Tuileries, a royal palace in the heart of Paris, had the most significant series of parterres in France, together with a physic garden with a novel botanic garden. The beds were ordered and classified, herbs, flowers and tree were cultivated apart. Circa 1650, Le Notre replanted the gardens. Plants were no longer interesting in themselves, they were to facilitate leisure. He used symmetry and much gravel to form a carpet, visitors were expected to experience the wonders of his design and symmetries. He designed the gardens of Versailles for Louis IX, which required the army, but he created his master piece of the French formal garden at Vaux-le -Vicomte for the treasurer Nicolas Fouquet.

Our friends arrive bearing a set of Allen Keys. We have four, but none fit. I fix an Italian in thirty seconds, one that had a limp and stood idle. We sit out on the deck in a hot sun and cool air. It is strangely interesting to see them again after a few weeks. Wyn baked an almond meal, flourless chocolate cake earlier. Moist, no need to fetch the cream. We all have seconds and watch the motionless Frogmouth. It seems so natural to be with friends.

Our world has been slipping though our fingers. Anthropologist Tim Ingold warns: ‘Machines take over from manipulation of tools, far from complimenting technique by providing a foundation in knowledge, technology forces a division between knowledge and practice, reducing the latter from creative doing to mere execution.’[1] ‘Machine’ (and ‘mechanism’) and derive from the Greek mékhané (skill, cunning invention) produced by métis (cunning intelligence). Genius is probably derived from ingenium (innate qualities) which gives us the words to engine and engineer.

Back in 1991 Donna Haraway noted a change: ‘Modern machines are quintessentially microelectronic devices: they are everywhere and they are invisible . . . Writing, power, and technology are old partners in Western stories of the origin of civilisation, but miniaturisation has changed our experience of mechanism. Miniaturisation has turned out to be about power; small is not so much beautiful as pre-eminently dangerous, as in cruise missiles.’[2]

The painter, critic and novelist John Berger (who we met yesterday) learnt a whole series of new skills and knowledges living in a French village: how to tap a scythe, the beautiful realities of hay, cows, trees, weeds, apples, and the importance of manure, soil and death:
A peasant becomes fond of his pig and is glad to salt away its pork. What is significant, and is so difficult for the urban stranger to understand, is that the two statements in that sentence are connected by an and and not by a but. from Pig Earth.

We are deracinated from the soil, from what we put in our mouths, from the place of our dwelling, from our muscles, from family and community, from the political process, from love. John Ralston Saul emphasises how the rationality of bureaucratisation of human experience and emphasis on efficiency is increasing. While travelling between Java and Borneo in 1928, Aldous Huxley found a biography of Henry Ford in the ship’s library and wrote, ‘To one fresh from India and Indian spirituality, Indian dirt and religion, Ford seems a greater man than Buddha’.[3] Twenty-one years later, having read an advance copy of 1984 Huxley wrote to Orwell that the world was heading from a 1984 scenario to the dystopia of a Brave New World. He thought, ‘The change will be brought about as a result of a felt need for increased efficiency.’[4]

Adolf Hitler had a photograph of Ford hanging in his office. The drive for efficiency had much worse in store than car production (and an estimated resultant 50 million deaths, just in accidents, not including those dying from pollution).[5] In his memoir Rudolf Höss the Auschwitz Commandant reveals pride in the industrial efficiency of his gas chambers for Vernichtungswissenschaft – extermination.[6] Saul writes, ‘Marxism, fascism and the market place strongly resemble each other, they’re all managerial corporatists and hooked on technology as their own particular golden calf.’[7]

The coronavirus outbreak presents a range of new challenges to democracy and human rights. Repressive regimes have responded to the pandemic in ways that serve their political interests, often at the expense of public health and basic freedoms. Even open societies face pressure to accept restrictions that may outlive the crisis and have a lasting effect on liberty.[8]

I hear from Belgium. My godson in Bruges loves the silly video Wyn made of our five faces dancing to Pharrell Williams’ Happy. My birthday presents still haven’t arrived.

[3] Aldous Huxley quote from Testing Pilate: the diary of a journey, Chatto & Windus, 1928.

[6] In late 1943, Höss was appointed chief inspector of concentration camps to improve the efficiency of the other extermination centres. A 1944 SS report called him ‘a true pioneer in this area because of his new ideas and educational methods.’ He was ordered to write his autobiography in the weeks between his trial and his execution in Auschwitz in 1947. Höss took the task seriously and told the truth.

[8] Democracy during Pandemic, https://freedomhouse.org/issues/democracy-during-pandemic, May 1 2020. 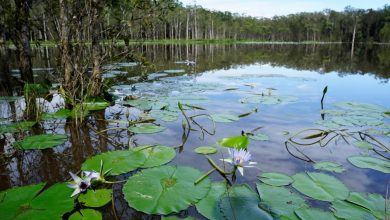