Stuck indoors, many of us yearn for green spaces. But scientists are only beginning to realise how much our mental health depends on the natural world. New Statesman 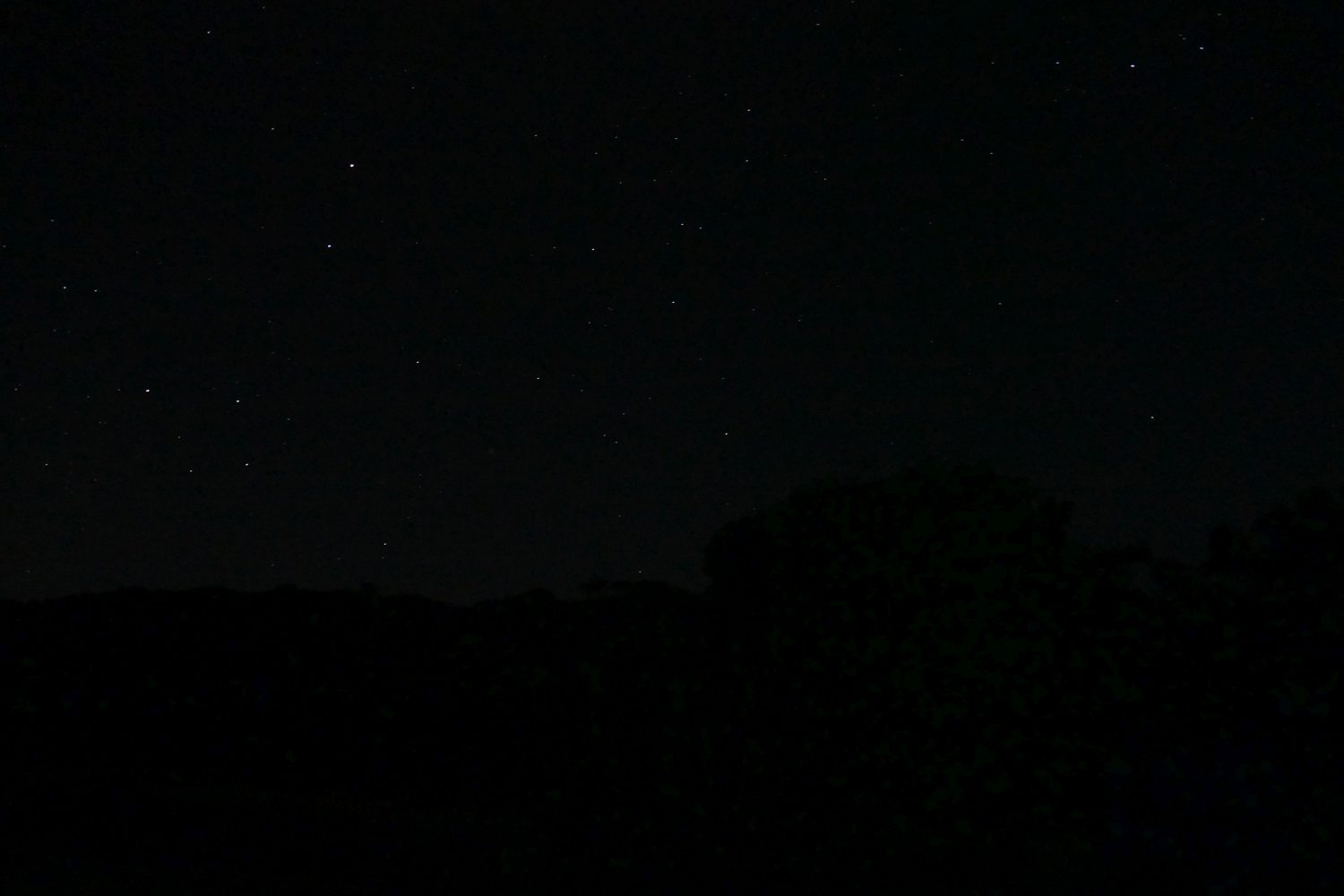 The Southern Cross is falling behind the forest
dropping stars. I see black space and hear the sea
crashingly loud, the noise present all the time,
sounding even louder from our deck last night.

The beach is moving, shifting the laws
of nature just a little in the dim occupation,
a few Soldier crabs dancing across the sand.
I try and photograph the largest, but it quickly
corkscrews, burying itself in its camouflage. 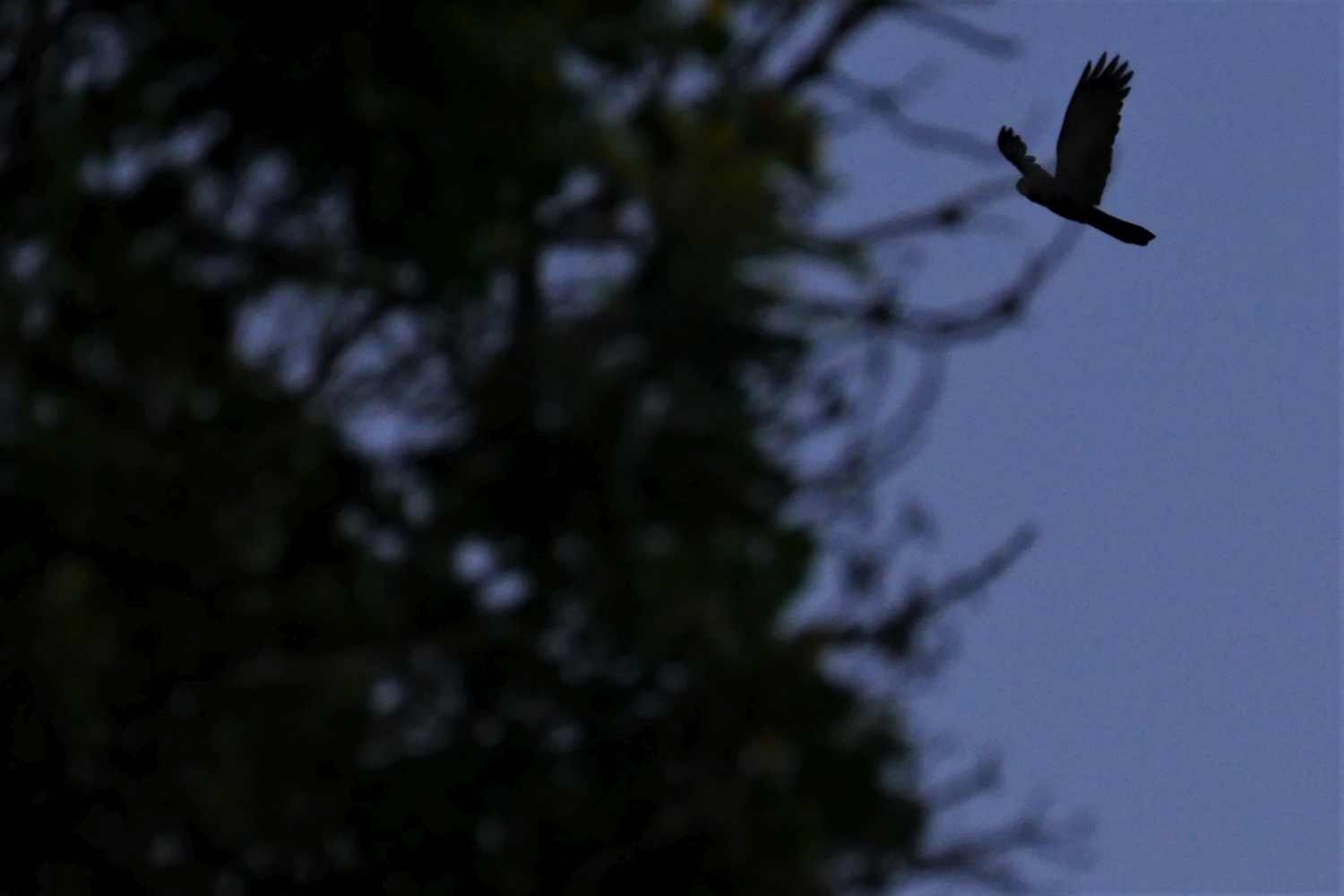 I am not feeling well, sinus perhaps, fluff
my shot of three Yellow-tailed Black Cockatoos
passing close, and the Osprey on his/her daily
commute, stopping somewhere in a tree. 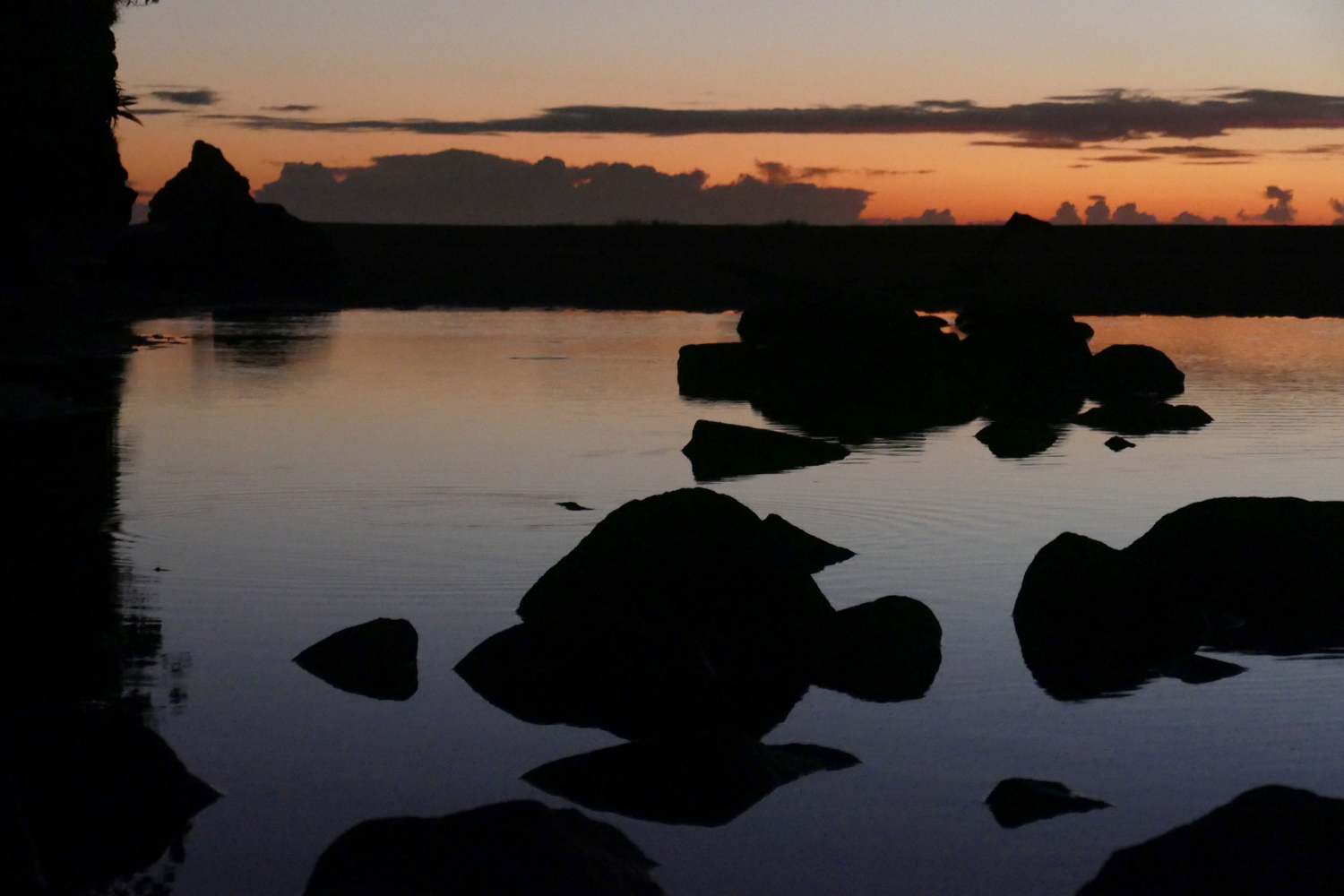 The sewerage signs are still up,
I am alone, waiting for ignition. 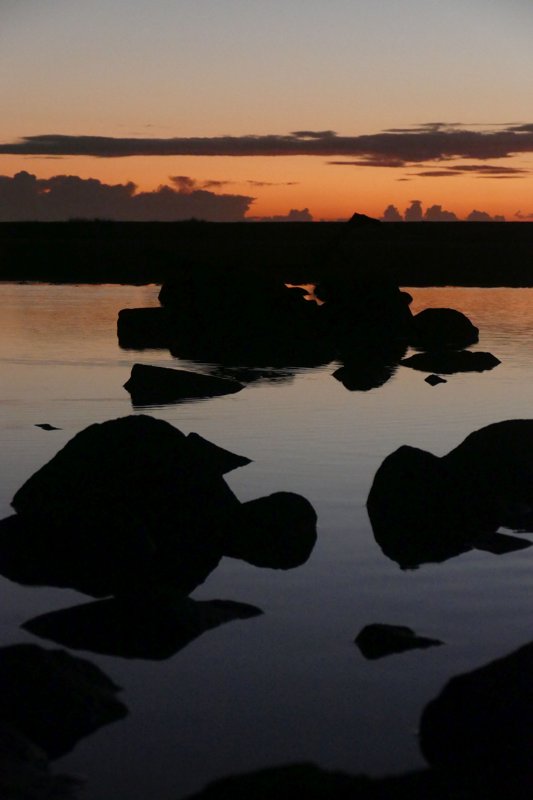 I take a stop at my Banksia pissoir. 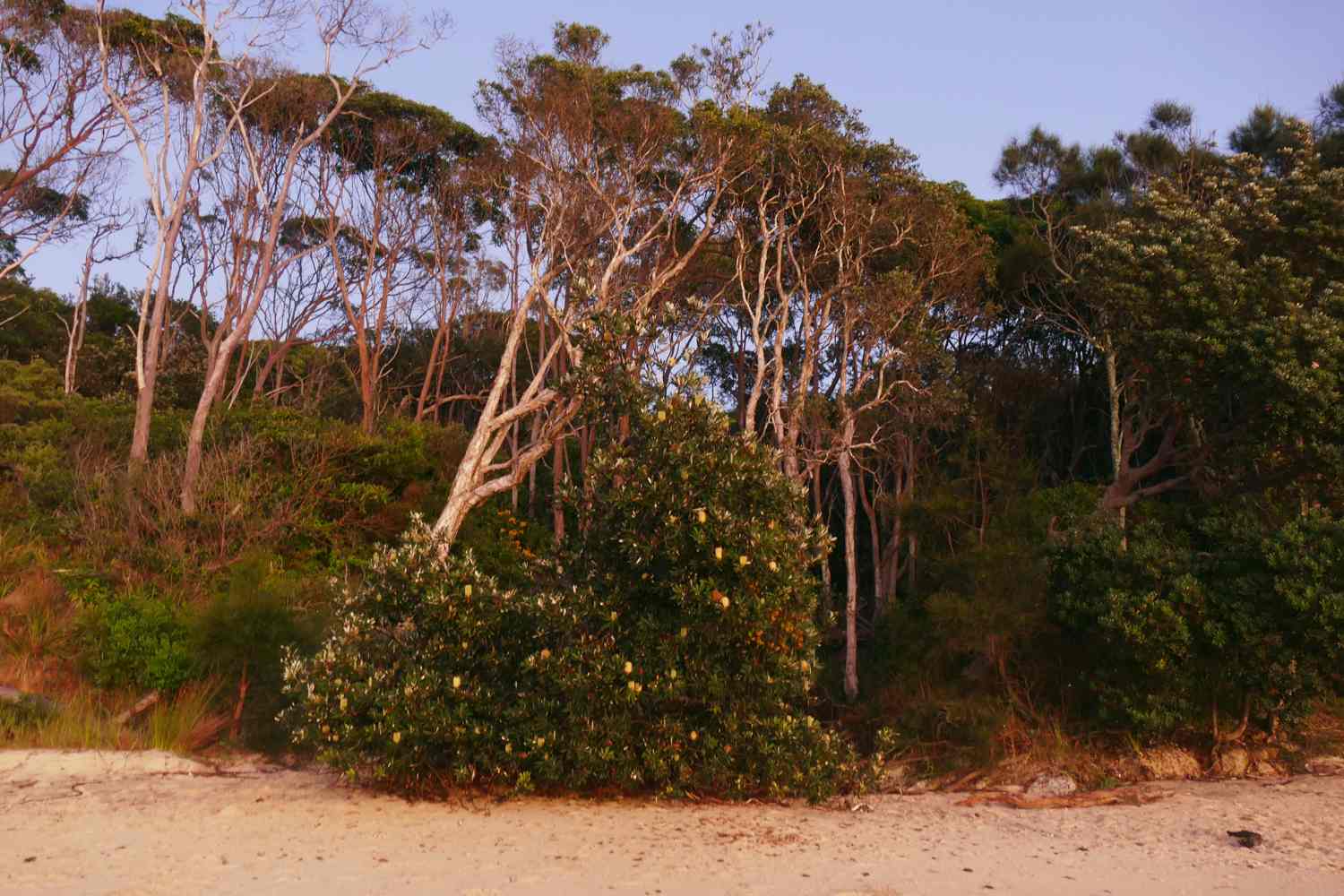 I’m standing in the water, a cold touch
even as the sun squeezes between cloud. 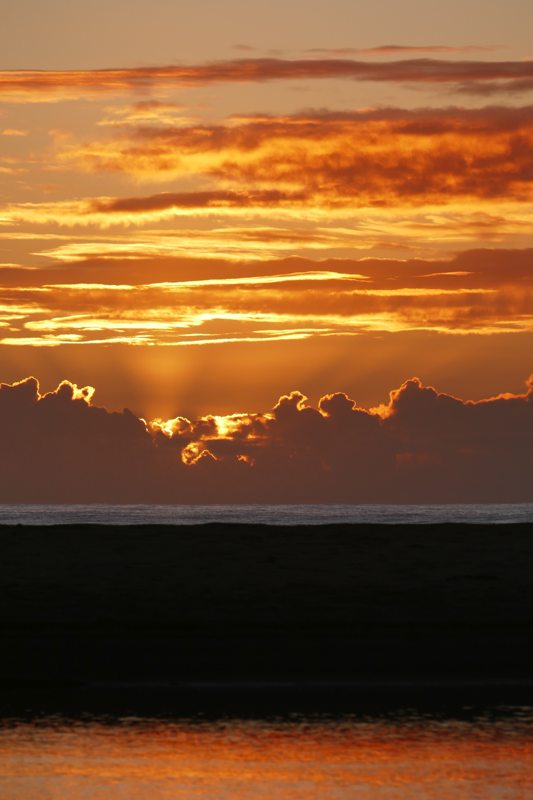 In no hurry to photograph the Striated Heron
still looking for Soldier Crabs, I find it gone.
The Osprey was perched where I guessed,
surveying its kingdom, top predator, carnal,
the dead wood a palace positioned to view
the sea lick the sand. . . 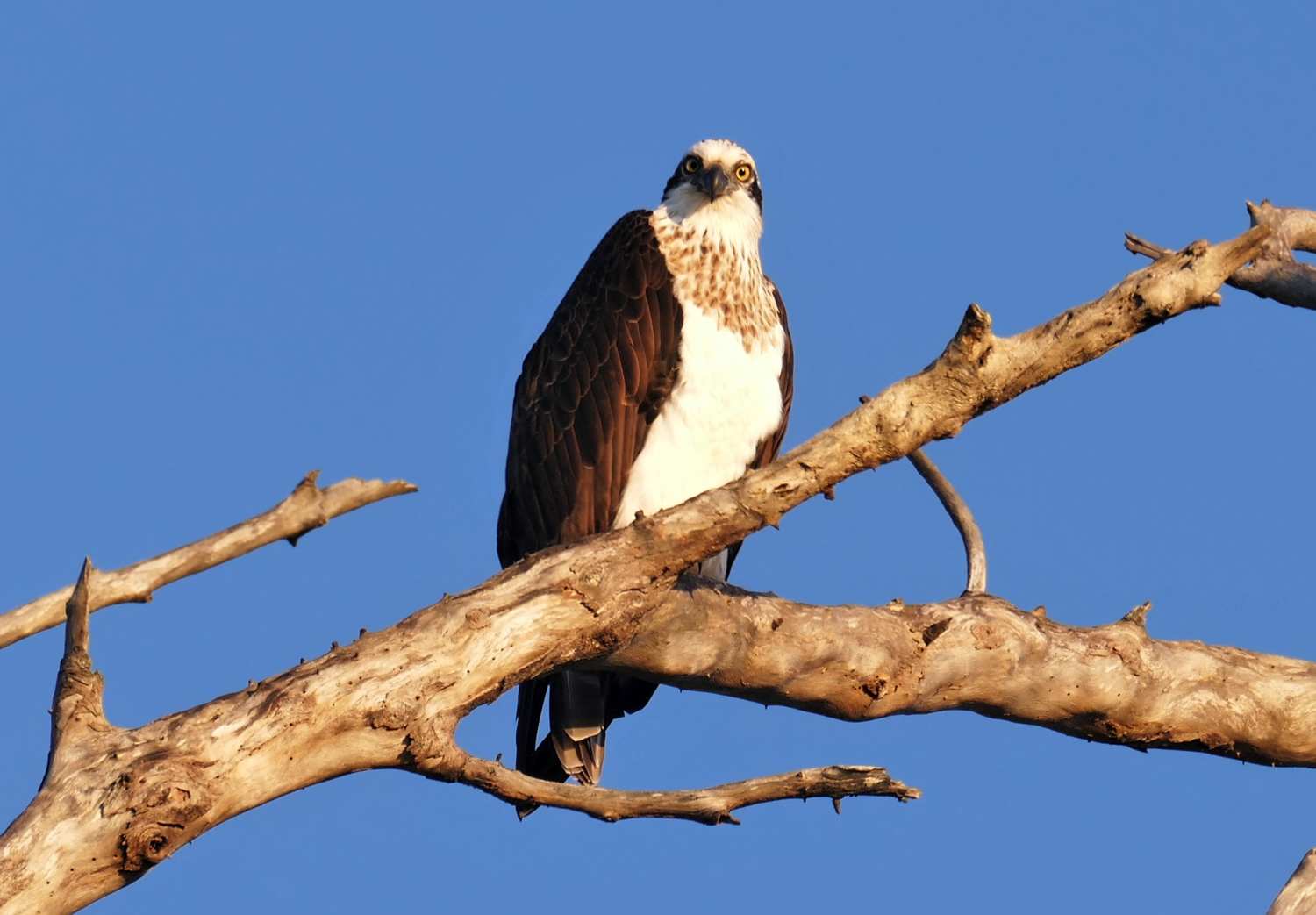 . . .  My lens intrudes,
the bird glances down than away, disinterested,
crouches, shuffles the wings then is back
to intense alertness, taking everything in,
a state of attention to creation.

You sit in her stare.
You dare not stir.
I think of Ted Hughes’ poem ‘The Moon-Mare’, but this bird is mostly ignoring me,

The first light uses its red fingers to interrogate the sandstone.

Nambucca – a walk finds a pair of swallows

and across the river, a couple of Whistling Kites
strafe a pair of Masked Lapwing skedaddling loudly. 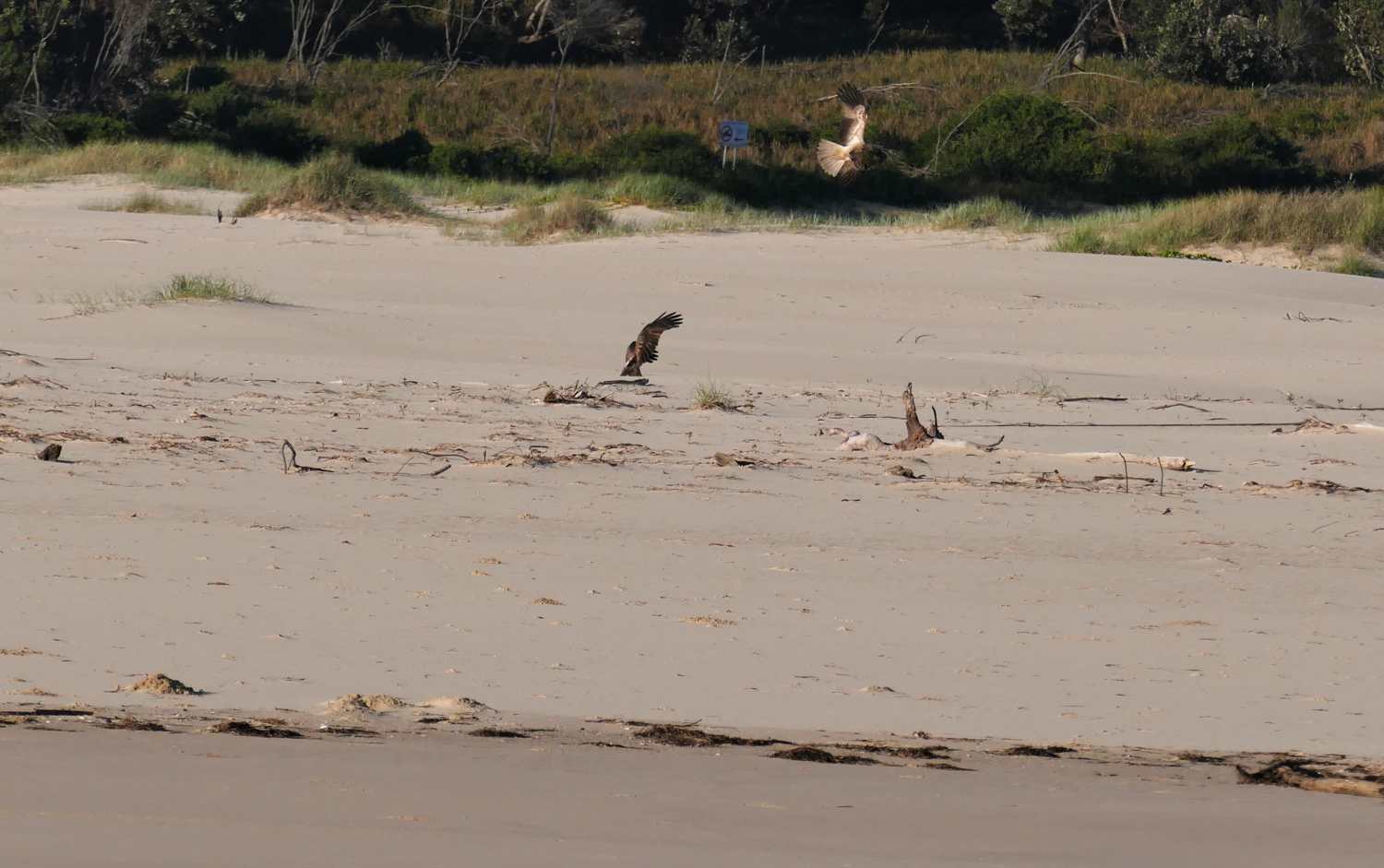 A Pied Cormorant flies down river, single-minded,
streamlined, skimming so close to its reflection
that the wingtips tickle the water. 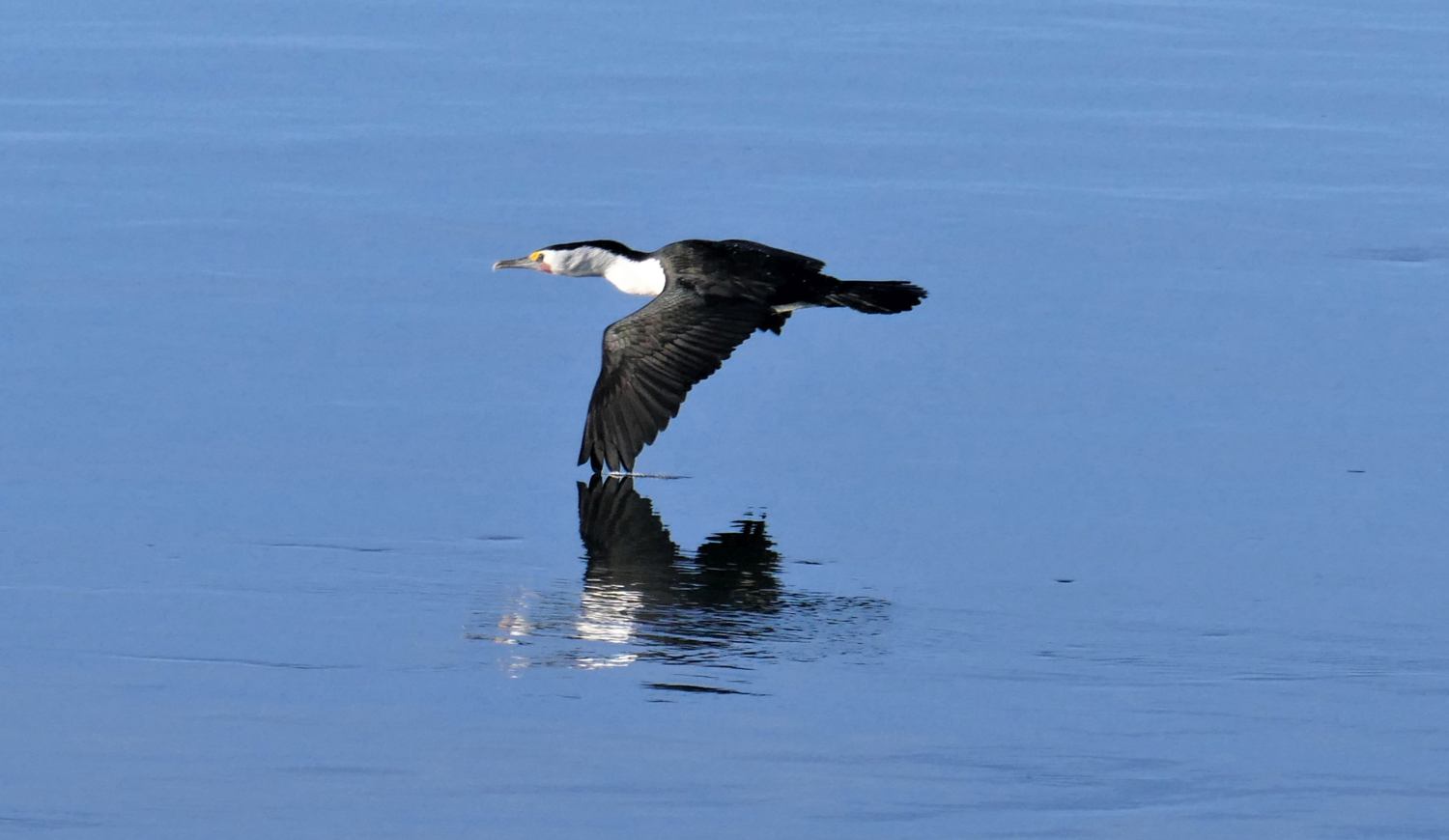 Daily miracles of life living lives surrounds us.
After lockdown, praise and thanks, and enquiries,
rebuilding, building, the carnage will continue.
I hate the sound of bandsaws and chainsaws.

Before Cook and way after the indigenous peoples of this continent

In 1697 William Dampier sailed to Australia in the pirate ship Cygnet and made the first landing by an English explorer in Australia. The spot where he came ashore is to be renamed Dampier’s Landing, in his honour. It is likely that on this voyage he collected two plant specimens, an Acacia and Synaphea. Two years later, in 1699, sailing in HMS Roebuck, Dampier landed on Dirk Hartog Island in W.A., and made a collection of specimens of flora, as well as drawings of birds, fish and other animals of the ‘New World’. Dampier had been searching for any sign of the Tryall, an English vessel which had been shipwrecked in 1622. He was one of 42 European landings and sightings along the Australian coast prior to James Cook (not to mention the Macassans, Sulawesi trepangers who traded with Aborigines along the northern coast as early as 1700).

The Empress of Russia wanted to meet
the farm labourer’s son who climbed
the jagged edge of Roseberry Topping,
a Jurassic sandstone cap trapped
on the edge of the moors to watch
the Whitby Cats, working colliers,
sail back and forth to London.

He showed promise and patrons noticing
that promise sent him to school
then apprenticed him to a shipbuilder.
He first sailed in the Freelove, a Cat,
a common cargo ship bustling through
the rough churn of the North Sea.
After eight years he was offered a ship,
instead, headed south to London
to join the Navy as an able seaman.

Two years later, on his 29th birthday,
by now promoted to Master’s Mate,
he signed on the Pembroke to fight the French. . .

In 1497, the navigator John Cabot (Giovanni Cabotto)
sailed west on the Matthew from Bristol for Asia,
found New-found-land and claimed it for Henry VII,
the first Europeans since the Norse had lived there.
Cook spent years charting its coast, important
for the Grand Banks, shallow plateaus on
the North American continental shelf where the cold
Labrador current moving south sometimes stirs
the Gulf Stream’s tepid waters, conditions creating
the world’s richest fishing ground.
(Joseph Banks one of England’s richest men
happened to be there bagging natural history.)

Cook’s accuracy with charts and navigational skills
attracted the attention of his superiors. That is why
this man of common birth was chosen to lead
the expedition to observe the transit of Venus . . .

The idea was to time the transit and calculate accurately
the distance of Venus from the Sun from which distances
to other planets could be ascertained and the scale of
our solar system. The transit takes up to 6 hours, but
has to be measured within a second for useful results.
The Black Drop effect from atmospheric turbulence
fogged the image of Venus screwing their measurements.

They set sail after two crewmen were given two dozen lashes
for being ‘strongly attache’d’ to two girls and deserting.
The surgeon’s roll call found 24 seamen and 9 marines
with lesions (either syphilis or yaws, a close cousin).

I have named it Point Hicks, because Leuit Hicks was the first who discover’d this land.       April 19
Zachary Hickes was Cook’s second-in-command. Having sailed west
from Europe they’d left Greenwich time behind, so it was 20th of April
and Point Hicks is mythical, has never been found. Possibly, Cape Everard,
but that means his latitude and longitude were way off, unlikely for Cook.
Perhaps the first sighting by Cook of Australia was a trick of the light?

A two-masted wooden yawl was launched off the Illawarra near Woonona                  April 28
(derived from the local language for ‘Place of young wallabies’ or ‘run now’).
They: pull’d in for the land to a place where we saw four or five of the natives
who took to the woods as we approachd the Shore which disapointed us
in our expectation we had of getting a near view of them if not to speak
to them but our disapointment was heighten’d when we found that we
no where could effect a landing by reason of the great surff
which beat every where upon the shore . . .

I was in high school in Year 10 studying Cook, and we were reading a book that said the bullets were fired over their heads. I remember getting up in my class and saying, ‘this is wrong, this is not the true history’, because my grandfather was shot. “I said everyone needs to rip that page out of your book. Gweagal and Yuin woman Theresa Ardler. [1]

There is no taking away of the significance of James Cook, clearly as an amazing explorer. However, history shows that when lands are invaded a lot of the true history is either wiped out or misrepresented. Ray Ingrey, La Perouse Local Aboriginal Land Council [2]

Cook met his wife Elizabeth while lodging at the Bell Inn,
Execution Dock. She was the landlord’s daughter, 13 years younger.
They spent 4 years of their 16 years of marriage together,
is this one version of how perfect a marriage could be?

I wonder how they parted, teetering on the edge of years,
becalmed and stormy, dangers and horrors lying in wait.
Did he nod then turn away abruptly, a busy man,
obsessed and dedicated, or to hide a tear feeling
foolish in front of the men, or have time to watch
her shrink as the shore retreated and distance wiped
her features until the figure submerged into landscape.

I wonder how they met again after near three years
of daily counting. He was a hardened explorer who
had been to war and witnessed bloodshed, and fresh
scenes of beauty and amazements, so I can’t give belief
to a novelist: ‘She felt the softness of his lips on hers,
the play of fingers, the trembling of their bodies
as they recharted each other.’[i]

Elizabeth buried all six of their children on her own,
three as infants, a teen and the two eldest boys
dying young in navy shipwrecks. It took 11 months
for news of her husband’s death to reach her.
She lived as a widow in black in a house crammed
with memorabilia. He wrote her a letter a week
and on each return would give her the bundles
of his love. In her 90s she burnt them all.

I take a Zytec, but don’t like feeling different anymore.

On the radio I hear of a survey of 2,300 people
confessing to be bored, anxious, confused (a week ago).
People now, Norman Swan suggests are beginning
to focus forward and wondering what will happen.