Why is the best Aboriginal art so powerful?

The same day as I was at the Art Gallery of NSW mesmerised by dot paintings (see a previous blog Warlugulong) I visited the MCA and saw some bark paintings from the Arnott’s collection, I did not recall from the show here in Autumn 2008, ‘They are Meditating’. Why does such art, so different to the Western tradition, still have an effect?

The mythic snake is curled around a small animal in blackness. Ted Strehlow championed indigenous songs as a literature that fuses music, poetry, dance and the social/mythological (and I would add the iconographic visual art).[1] He was fluent in  Aranda and wrote down the old songs from old men in Alice. But the songs are incomplete in my view, because song cycles are performative and enactive, an example of language, thought, gesture and action immersed in the world (in Merleau-Ponty’s phrase ‘singing the world’). Aboriginal art manifested iconicity and performativity, rather than classical Western mimesis and objectification.

Due to the rhythmic demands of the song-cycles, speech changes its phonetic quality widely, so that even breaks between words are disrupted, which Strehlow called ‘wordweaving’. He noted that their apparent unintelligibility, ‘caused highly trained University men of the 19th C  to find in them merely a further proof of the utter spiritual degradation ands almost animal-like mental simplicity . . .’[2] But as Sam Gill points out this very unintelligibity has a religious dimension, the words derive from totemic ancestors so performers should not insert personal references. Jerome Rothenberg notes that ‘one ‘line’ will likely be repeated until its burden has been exhausted…. It may be altered phonetically & the words distorted from their ‘normal’ forms. Vocables with no fixed meanings may be intercalated [inserted].’[3] It is the feeling of connection that counts, emotions of belonging.

Similarly, contemporary acrylic painting, is radically different from western representational practices. Christine Watson describes the making of these images as involving the totality of the senses, treating the skin of the body as equivalent to the surface of country.[4] Deborah Bird Rose illuminates Watson’s point: ‘The earth bears marks of Dreaming action. Things happen that matter; the signs endure as witness. This is Dreaming: the past that matters. Human beings are microcosms, and body marks show the things that matter . . . Scarification, circumcision, and subincision mark the person as a participant in events which are finished.’ [5]

There will be new indigenous aesthetic styles but this ancient one is fading because the songs, stories, myths and experiences have been rapidly changing and will be no longer grounded in a mytho-topographic tradition and dwelling on the land in the ongoing Dreamtime. Contact is iconic, body and breath, voice and song, country and land, dance and story, food and living, and the materiality of the artwork itself – and contact is being lost.

And yet the best of Aboriginal art is mesmerising and impacts emotionally on the viewer/listener even if not a participant as was once the case. You can feel the best art. Emotion has a feedback relationship with (and even preceding) cognition.[6] Embodied experiences have emotional colourings woven into the networks that create meaning. Facial expressions display emotion, but are also ways of generating emotional experiences.[7] The dynamic brain is intimate with the dynamic body.

‘Even the most abstract concept may be tinged with emotion… You simply cannot escape the affectation of your organism, motor and emotional most of all, that is part and parcel of having a mind.’ Antonio Damasio[8]

Hochschild defines emotion as ‘bodily co-operation with an image, a thought, a memory – a cooperation of which the individual is aware.’  Emotion relates to cognition as well as action, but may be beneath conscious attention or on the cusp, associated with the power of metaphor, imagery, scaffolding and cultural pursuits.

Feeling is vital for humans dwelling in the everyday complex, dynamic environment. Tim Ingold supports this, ‘much more rounded view of the organism as a site of incessant activity, on many different levels, busily creating, as well as being created by, an equally complex and multilayered environment.’ [9] 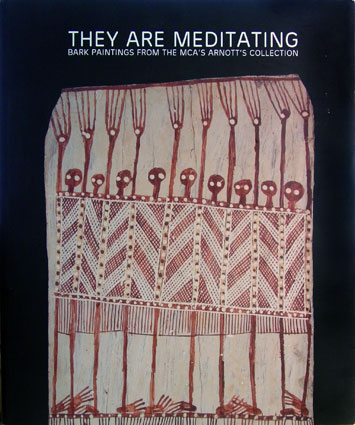 [3] Jerome Rothenberg Technicians of the Sacred, Ed., New York: Doubleday Anchor, 1972, pxxi. This is the classic anthology of ethnopoetry. He notes there’s always the possibility of considering each line a separate song.

[7] Making a face – deliberately contracting the muscles that form universal expressions – generates involuntary changes in the body and the brain, many emotional. Paul Ekman, Gripped by Emotion, Weidenfelt & Nicolson, 2002

[8] ‘Consequently, even when we ‘merely’ think about an object, we tend to reconstruct memories not just of a shape or colour but also of the perceptual engagement the object required and of the accompanying emotional reactions, regardless of how slight.’ Antonio Damasio, 2000, p147-48.