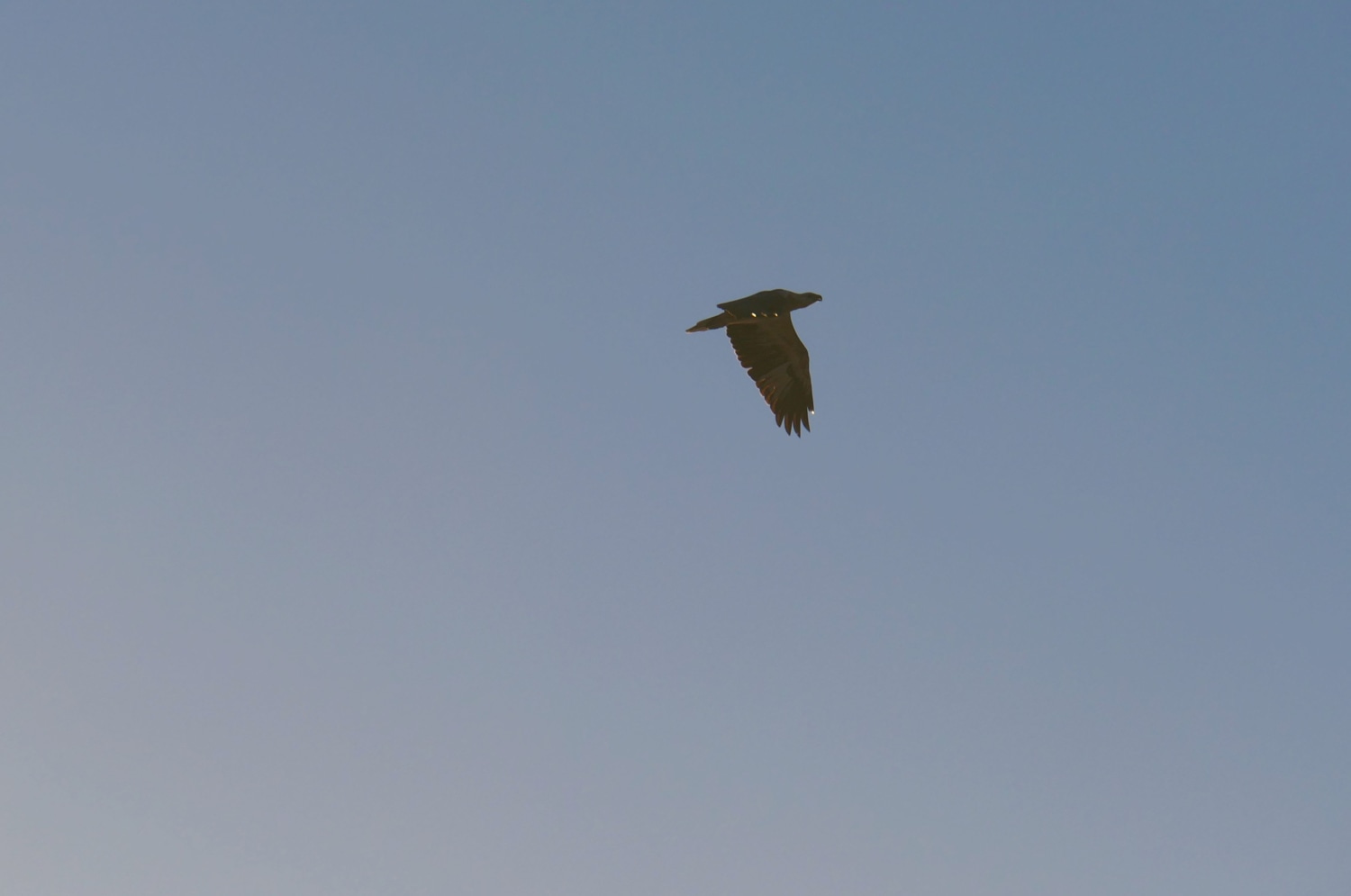 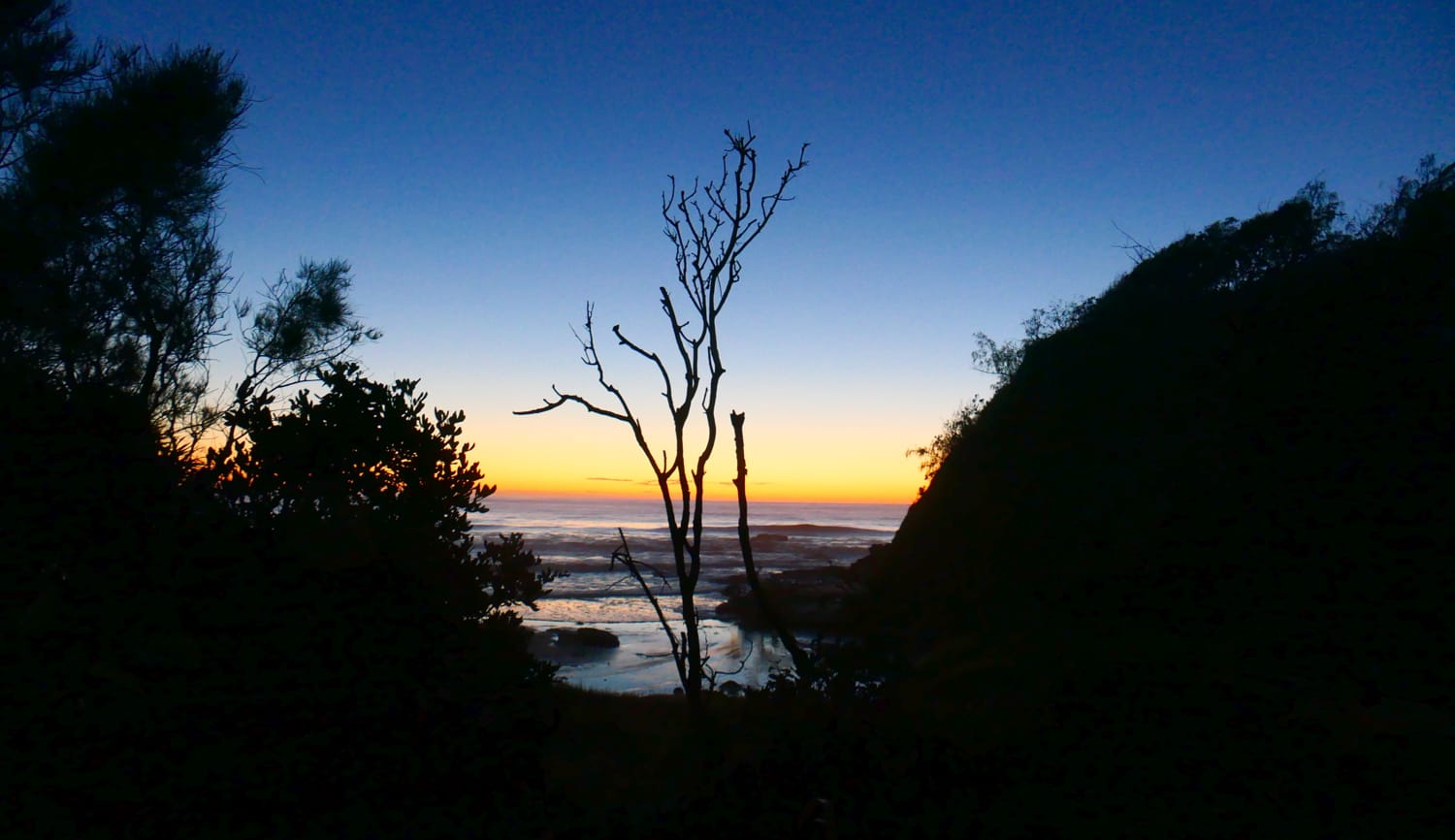 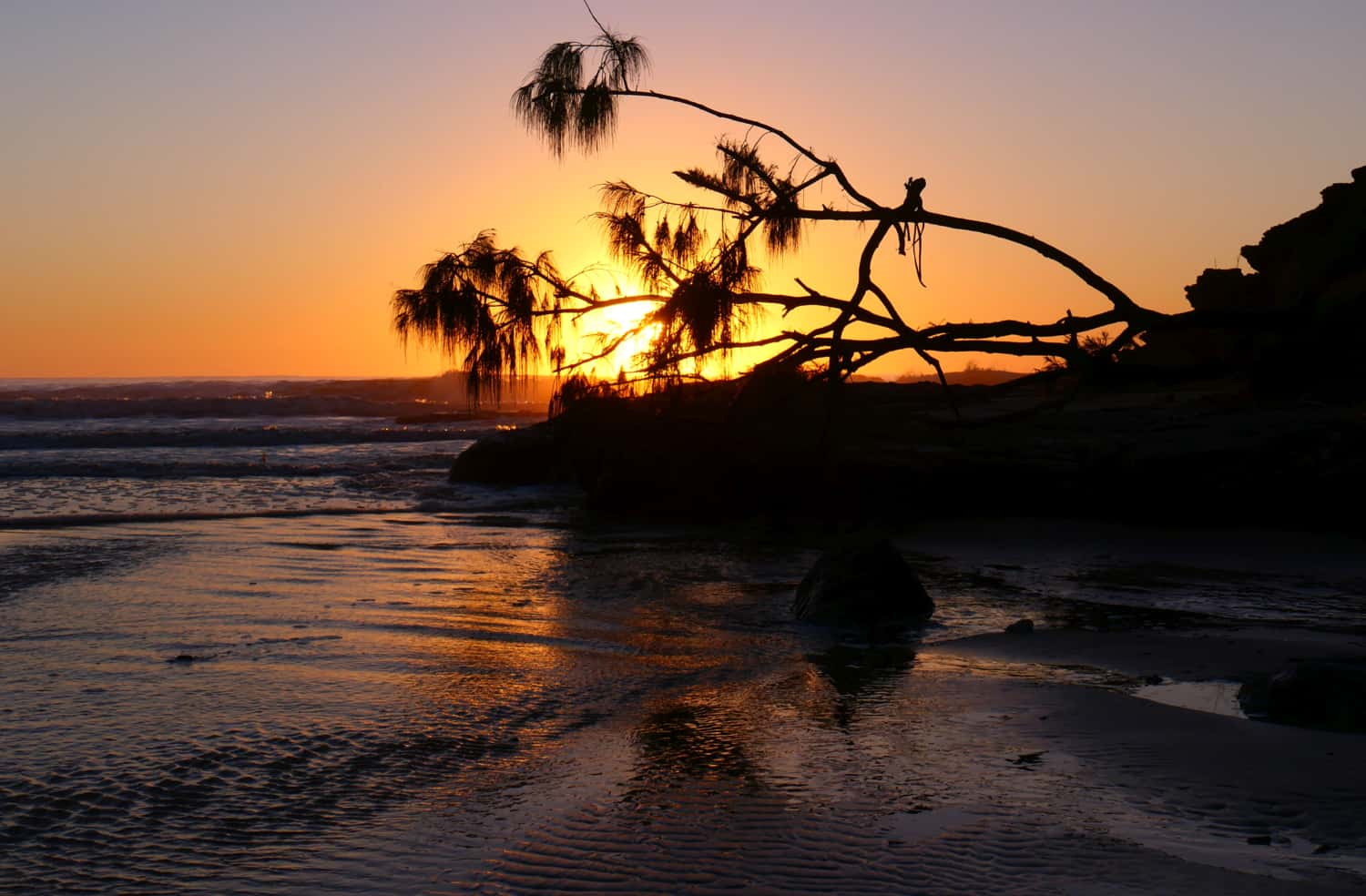 Hard to realise just what’s in front of me, my cool womb,
blue and grey, restless, amputated tree parts floating,
noisy all night, white nose sleep, the remnants foaming
yet my life started out somewhere out there, some time
in Deep Time, drifting with the currents, soft, amorphous
patient for a skull and ribcage. 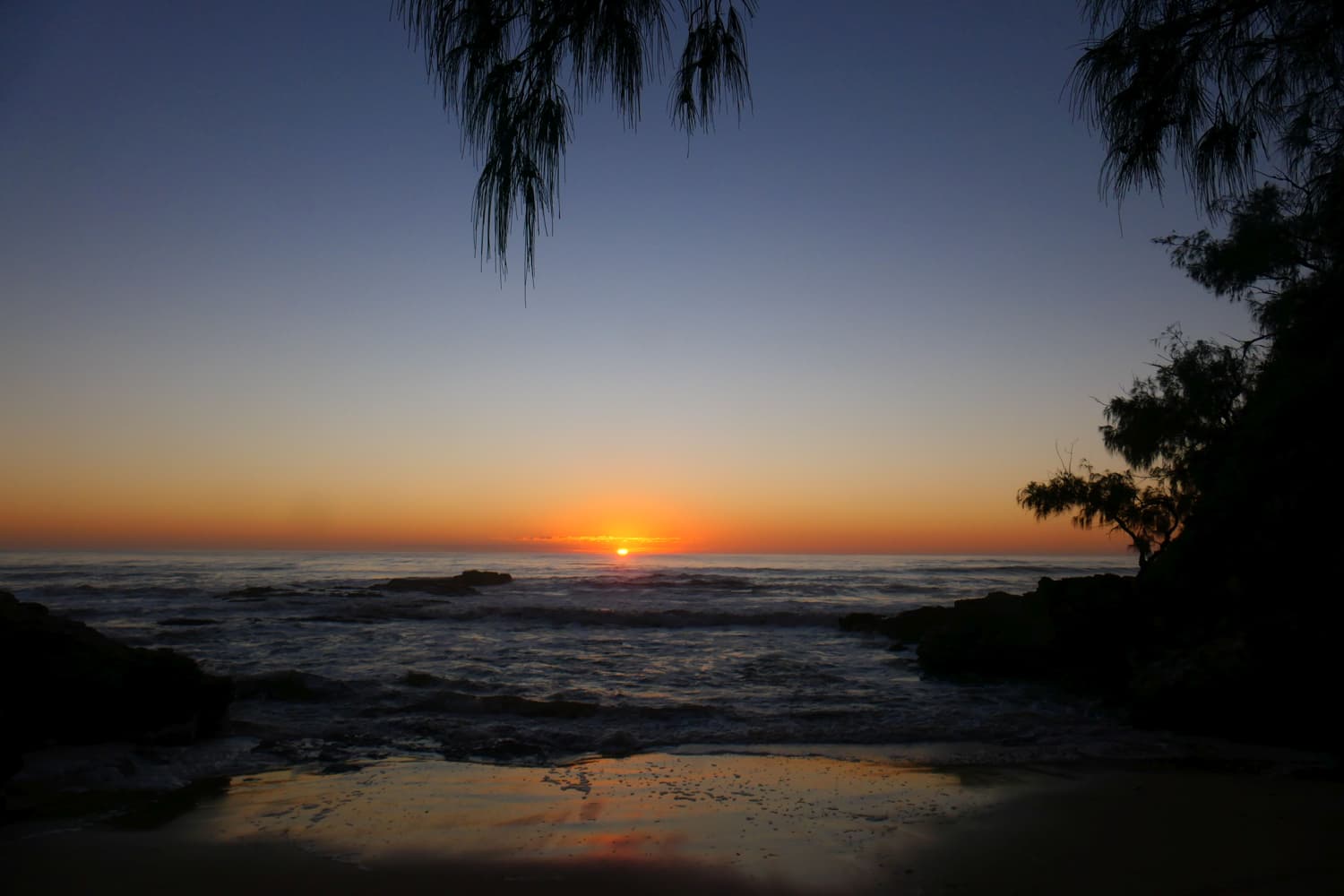 I pass close to Silver Gull who doesn’t move, I wonder
if the bird is traumatised somehow from the huge rain event.
I have been worrying the last few days about the birds
and insects, worry is too easy and hope lacks logic. 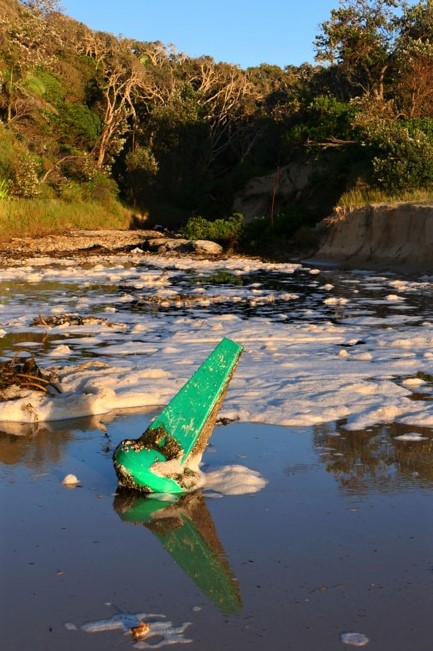 Unlike the estuary just to the south, not much trash,
apart from torn kelp and their multiplications of flies.

I circle round to the paperbark swamp, surprised that
there’s no more water here than after the December rains.
Layers of reflections entice the retina, colours mainly gilt. 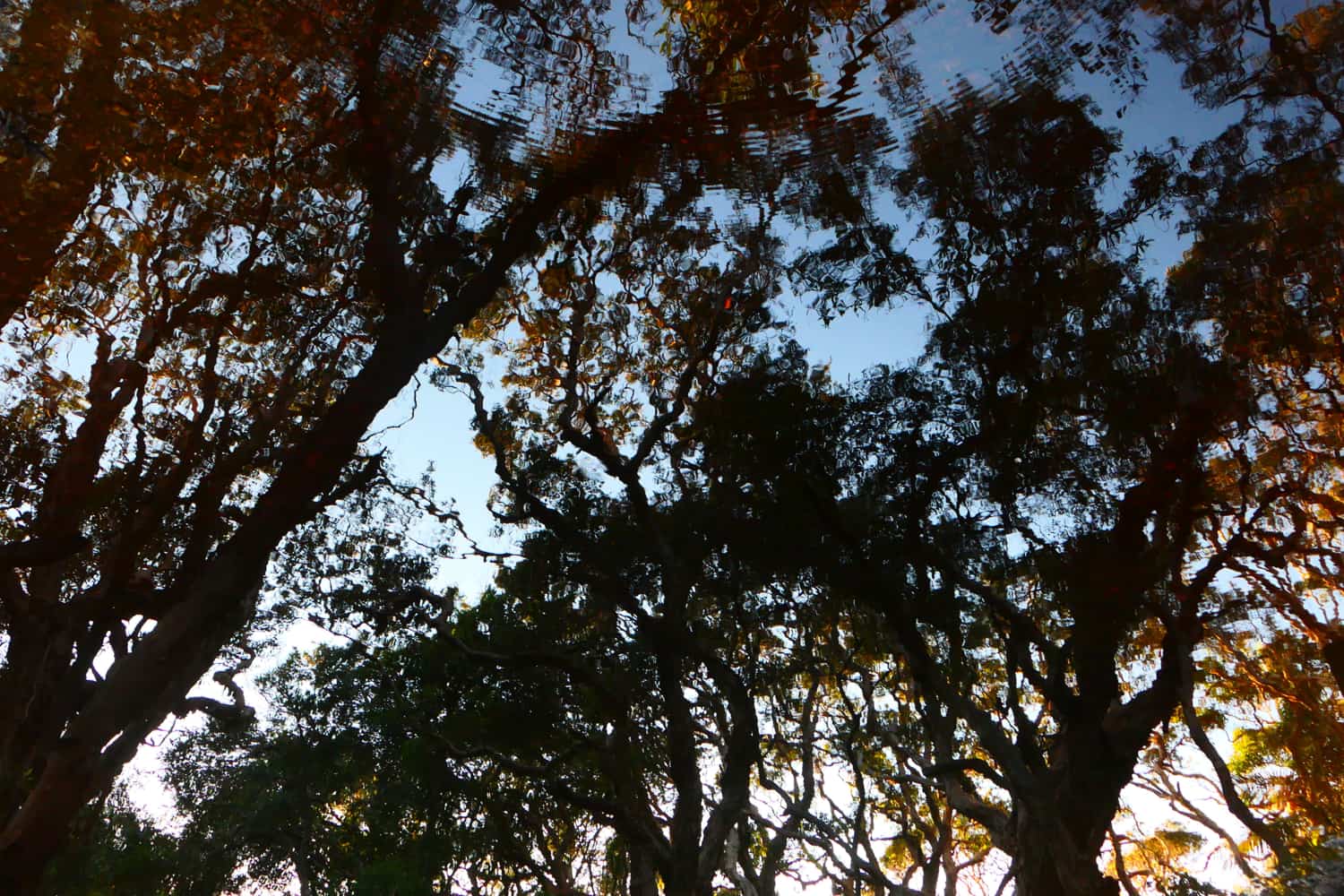 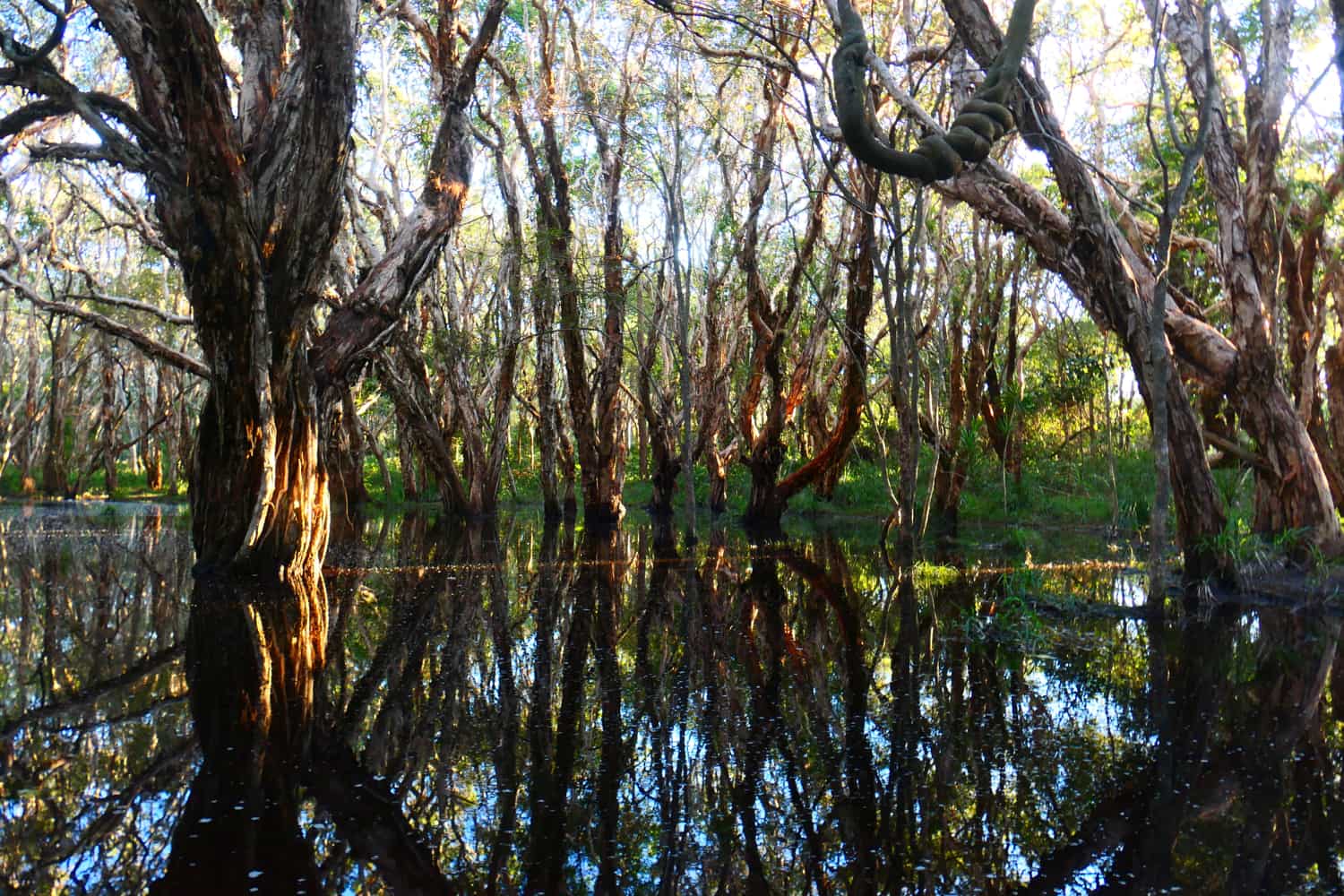 Too beautiful a day to stay away from the estuary,
though no swimming, the water dirty and fouled. 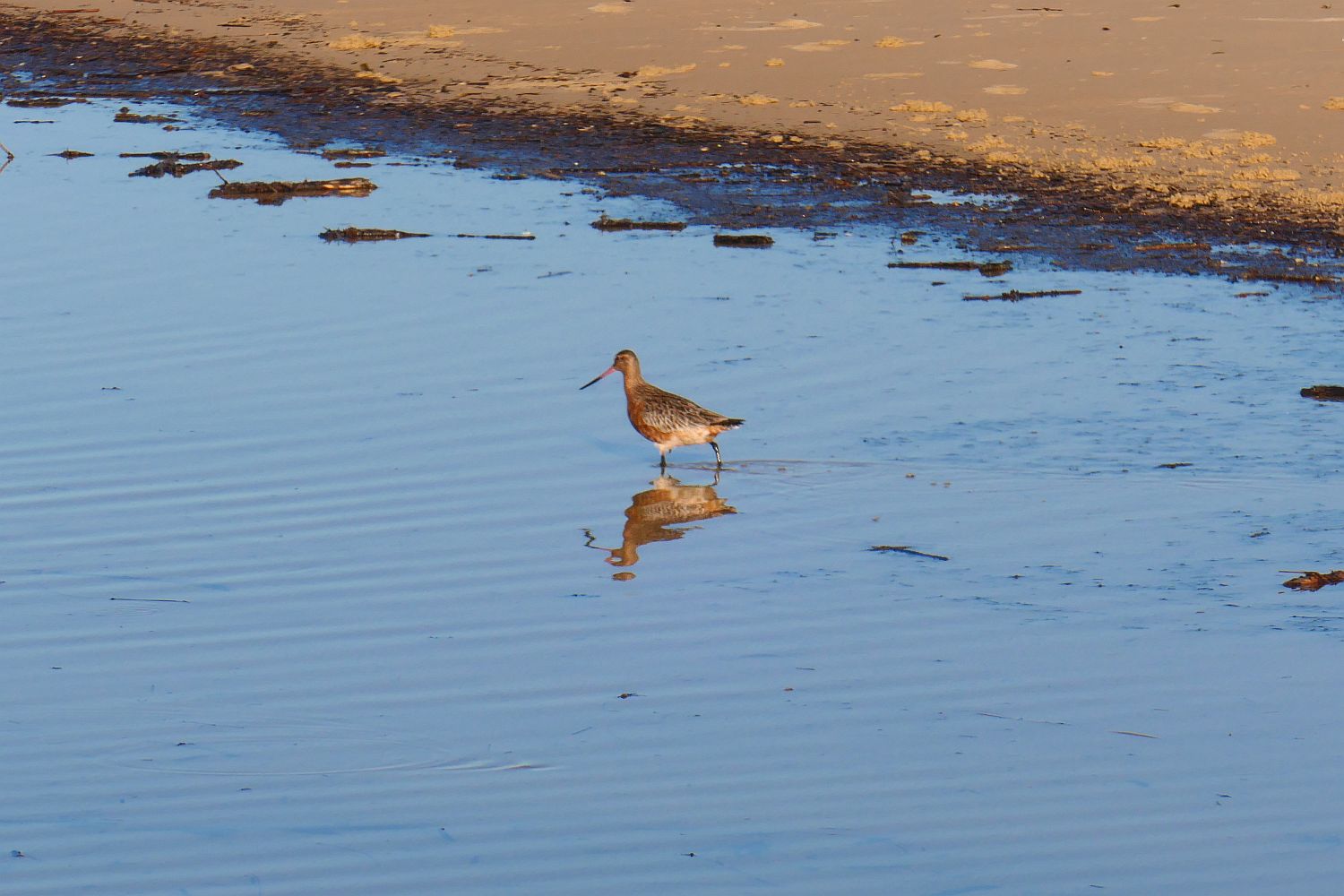 A Bar-tailed Godwit strolls through a new lagoon, its edge
moving with blue Solider Crabs marching before me. 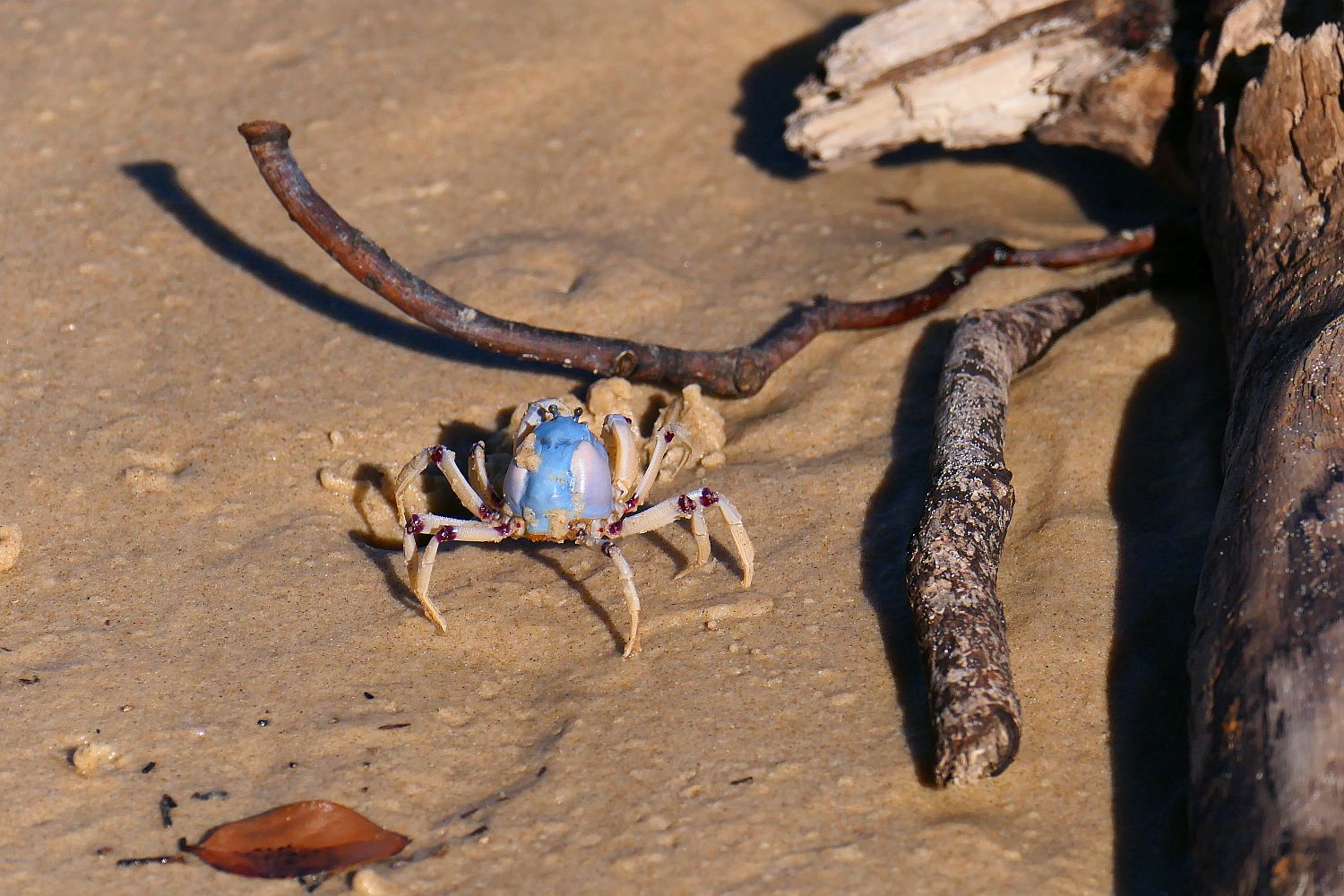 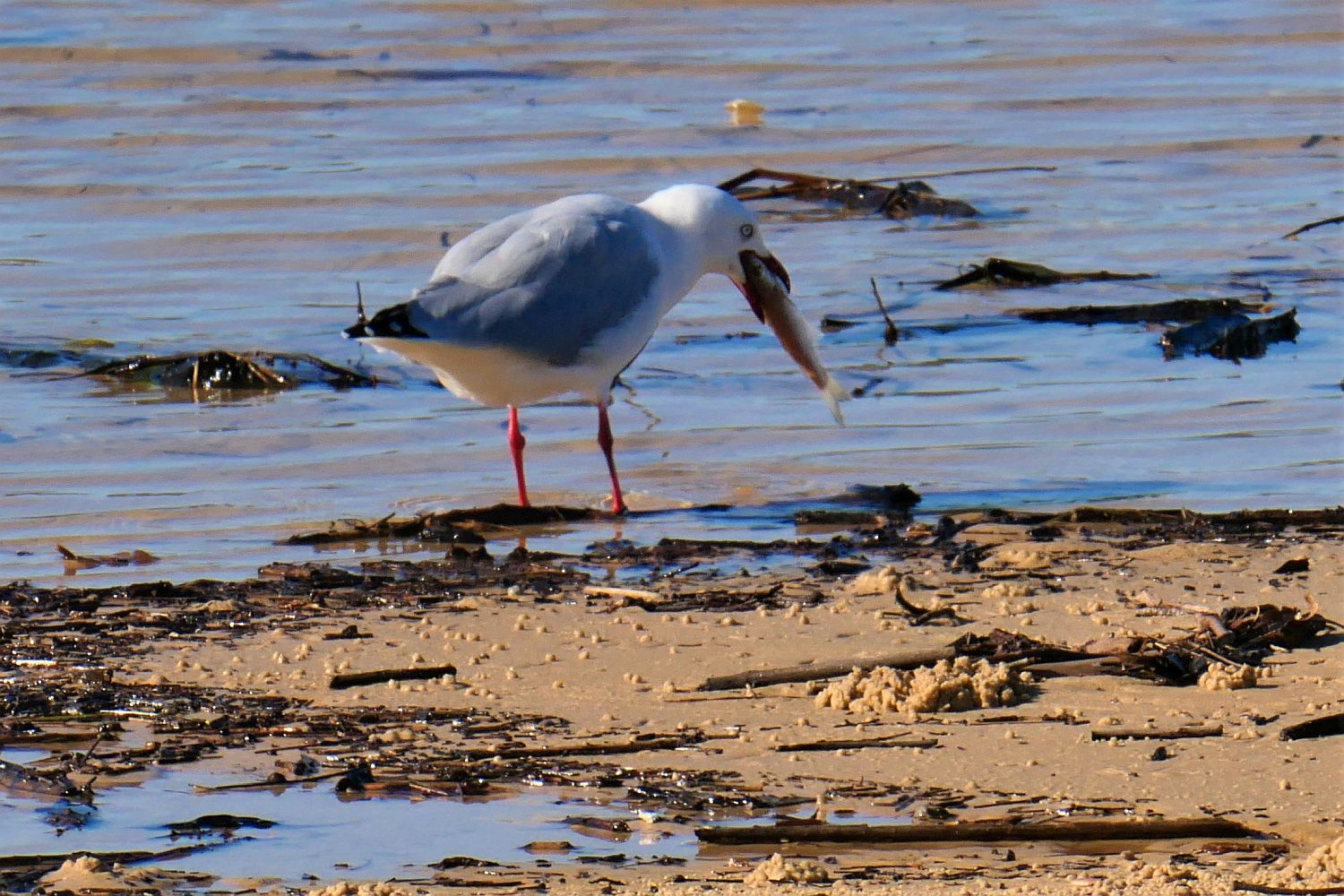 A Silver Gull has a hell of a meal, just the tail in view near the end. 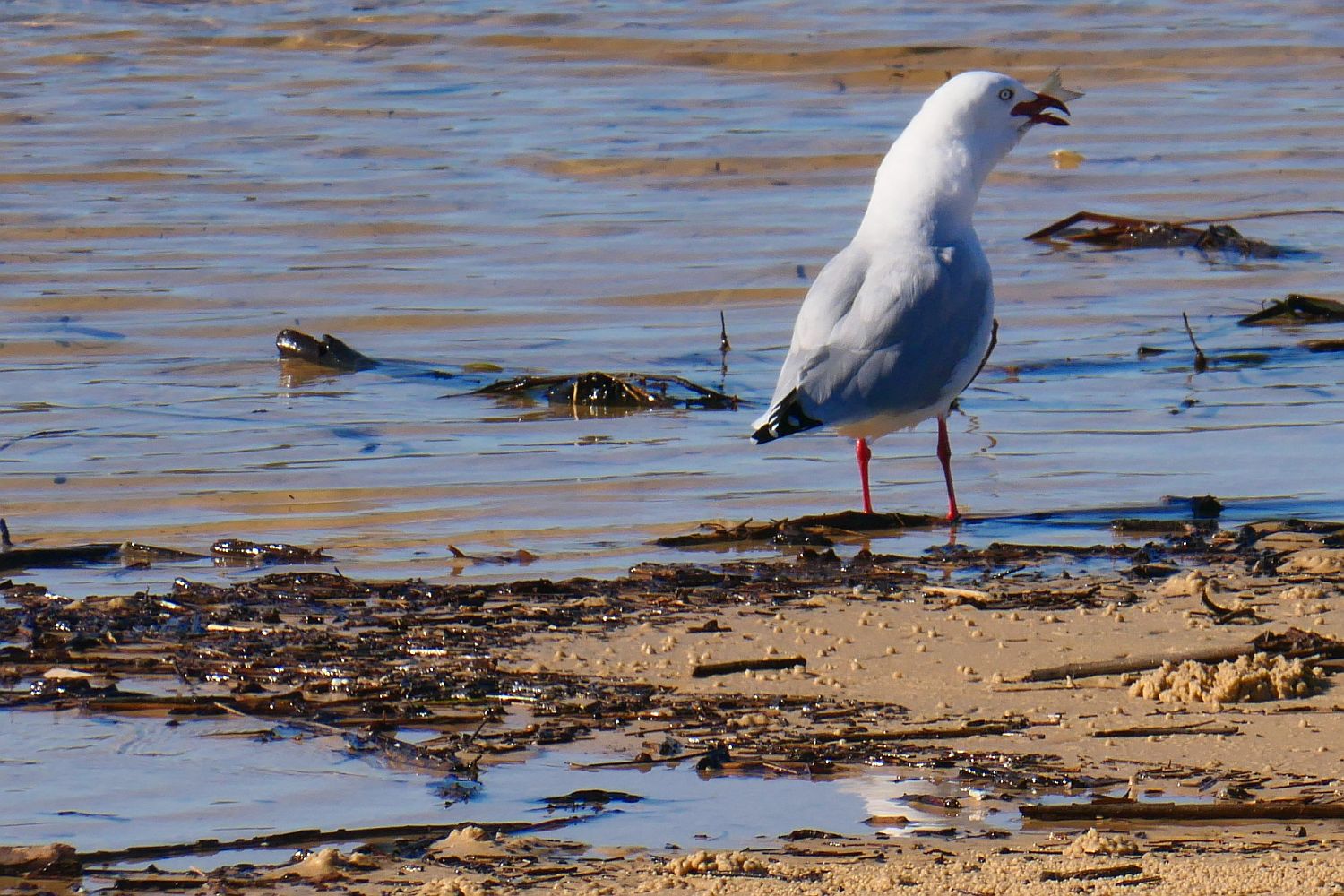 Spellbound by late afternoon’s liquid light, Karen
and her two young girls show me their finds,
slivers of driftwood hollowed by the river and sea
selected from the low timber wall facing the Pacific.

The night is clear as if all the noxious poisons have
been exhaled. The Milky Way spills its seminal fluid
north and south, the spirals of our galaxy hidden,
the vast auditorium an anechoic chamber,
at sea-level the crickets and breakers, that’s all.

I used to ignore darkness, but the stars throw violent light
and the night is dry-black, Sirius is the brightest,

‘The great collective project has, in fact, presented itself. It is that of saving the earth – at this point, nothing else really matters.’ Suzi Gablik

Difficult to achieve when so many active, creative and energetic people live in cities, where nature is abstracted, mostly ignored – and at a time when, in the last few years, humans are becoming data, techno-beings, unnatural creatures.

For the last five days I have been bailing water away from our ground floor, the worst floods in over a hundred years here, and just over a year since the worst fires ever (Gondwana rainforest burnt)! Climate change yes, but so much more, including loss of biodiversity. Koala habitat around me is still being logged! We are culpable, consumers by our situation, but a few are working to stop the decline.