Walking to the Art Gallery I go the long way round via
the Opera House on Bennalong Point and the Botanic Gardens
following a sandstone wall cut away from the reclamation. 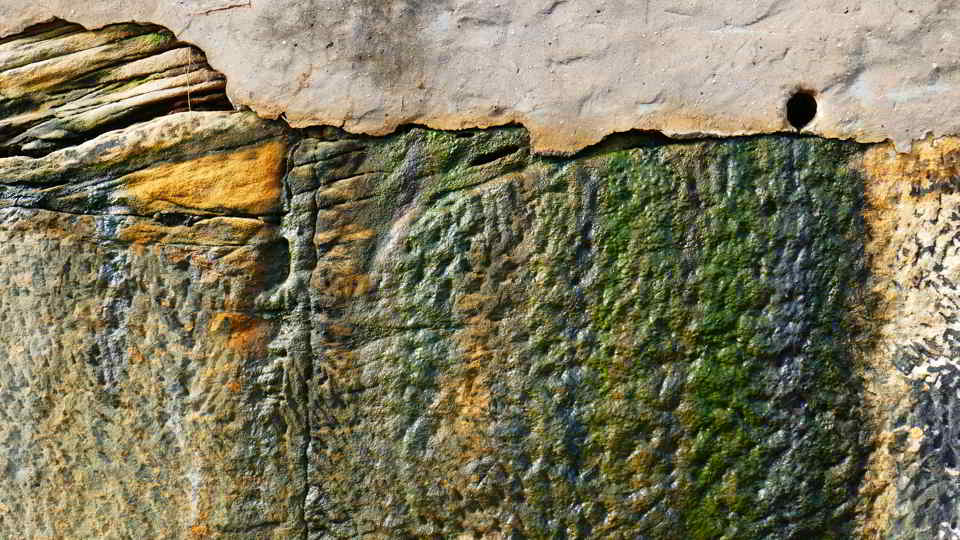 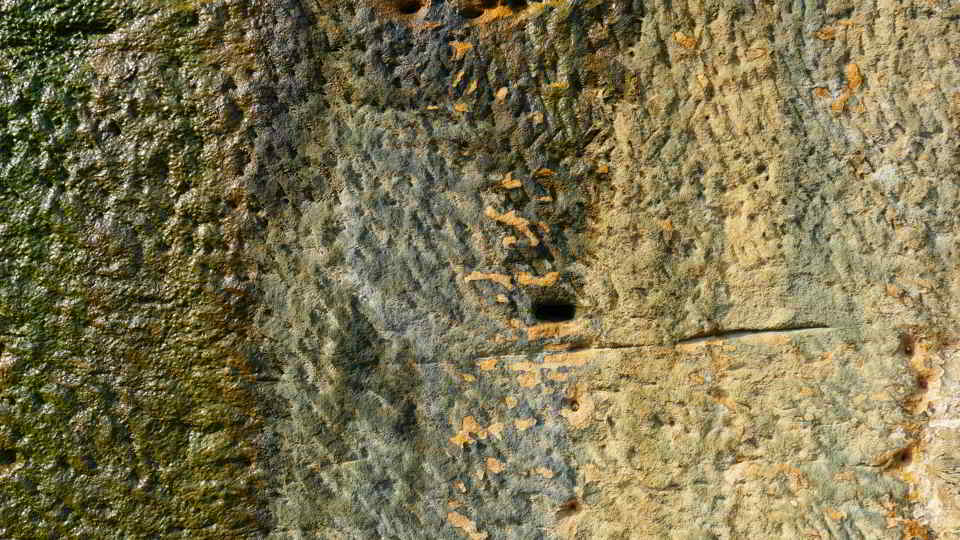 Tourists are pointing at the Opera House and Harbour Bridge. 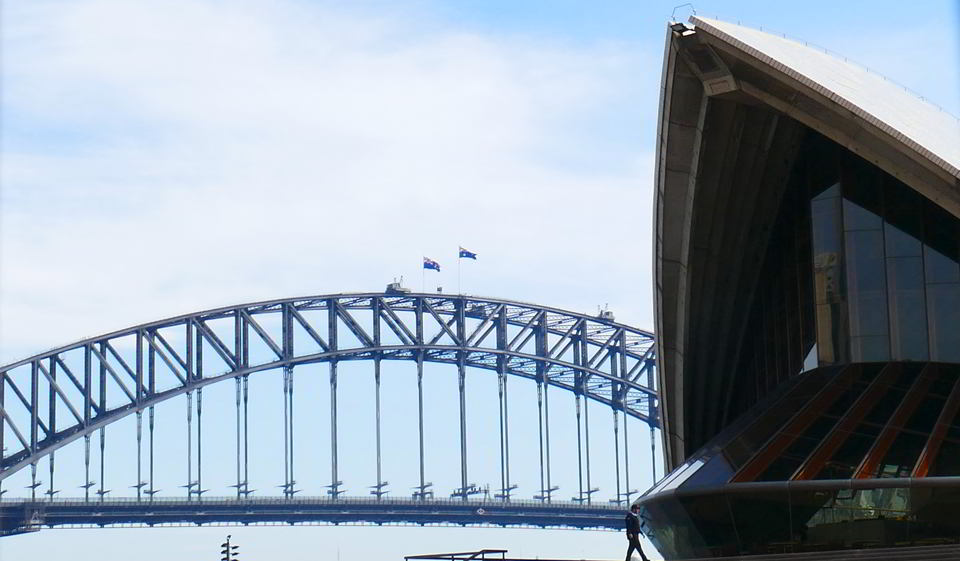 I focus on the wall, the camera grants me a connection, not
as intimate as harvesting the spreading moss, vertical gardening
or botanical explorations, but offering new dimensions, details 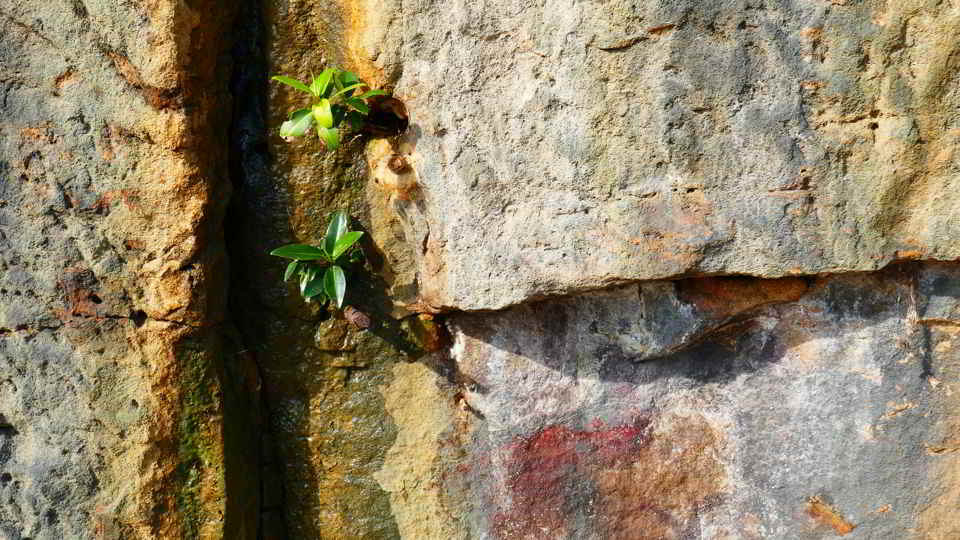 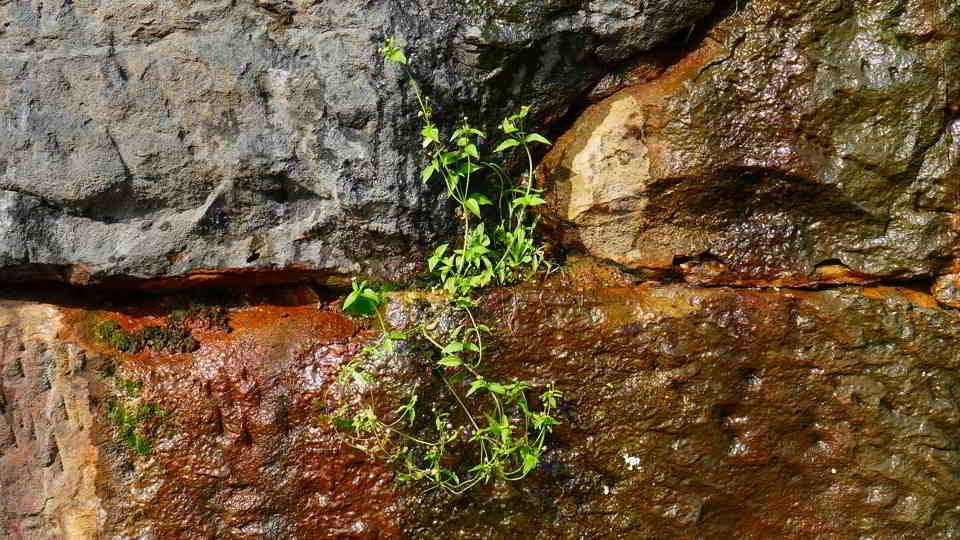 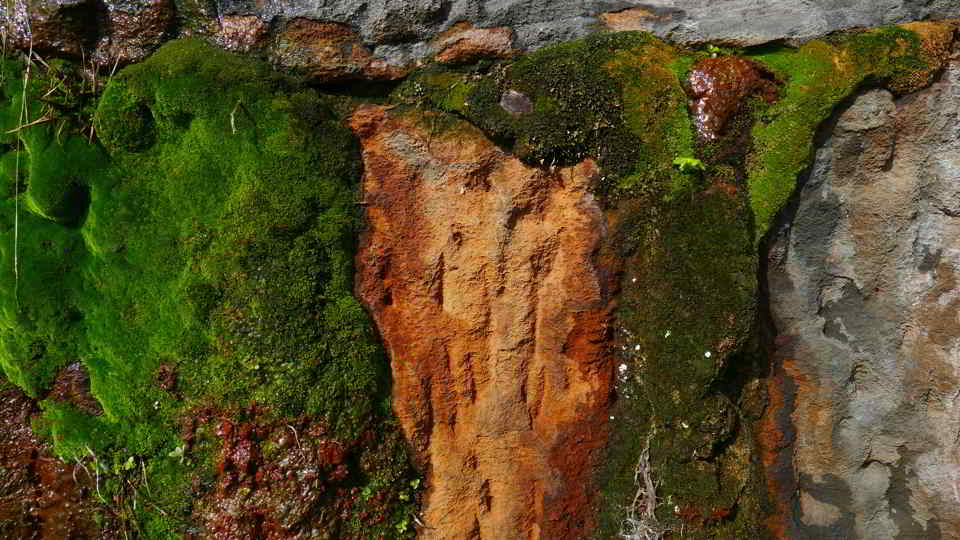 and looking up through a Port Jackson Fig, roots embossing

fissures in the furrowed rock itself, I see a lapis lazuli sky
and brilliant cockatoos raising their voices and sulphur crests. 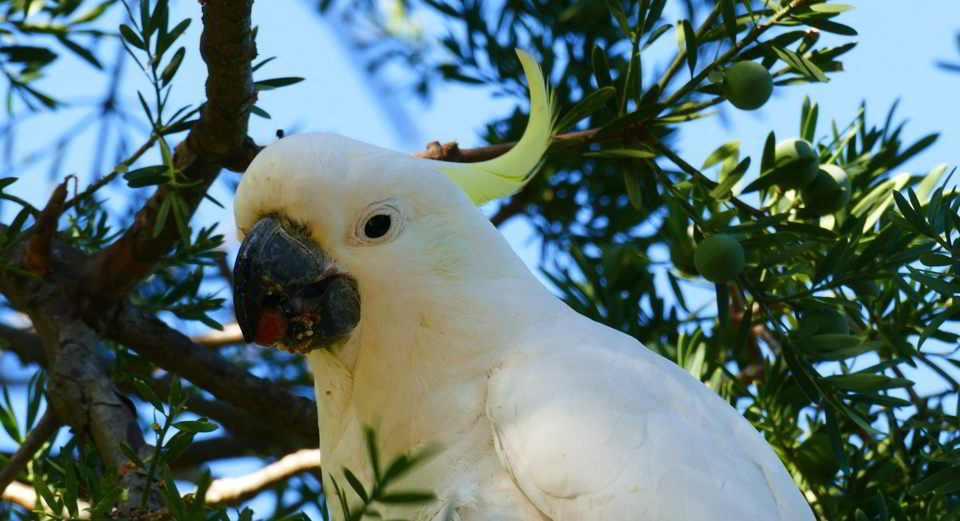 In ‘Sydney Cove, Port Jackson’, a 1788 sketch by William Dawes and John Hunter, Bennalong is a sharp nose with a bald head, a small tidal island. Leseur’s ‘Plan de La Ville de Sydney’ of 1802 shows an aerial perspective suggesting a cliff. Neither show what is growing, Blackbutt, Red Bloodwood, Sydney Peppermint with echidnas, antechinus and wallabies, or the swampy foreshores with duck and geese, Eora hunting in the mudflats drained and filled out to enlarge the farm/Botanic Gardens. 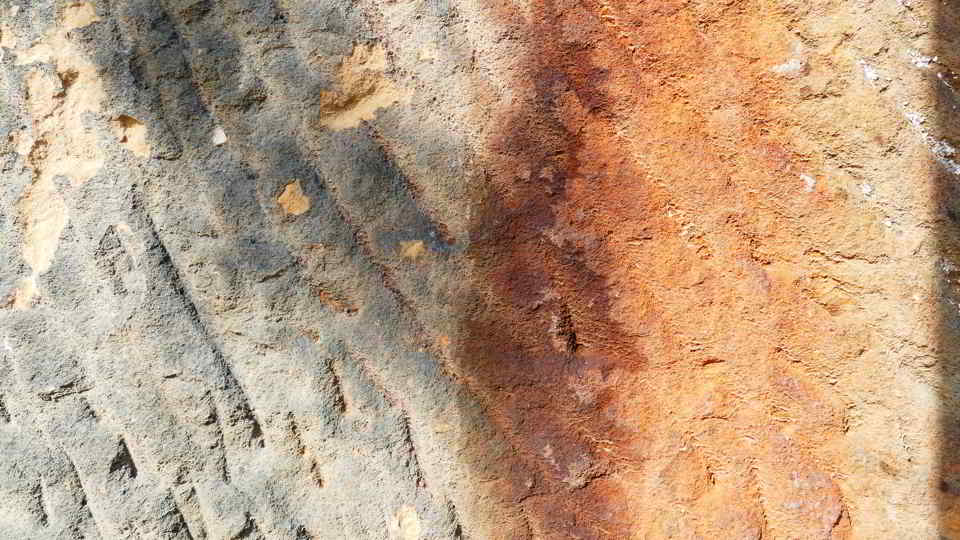 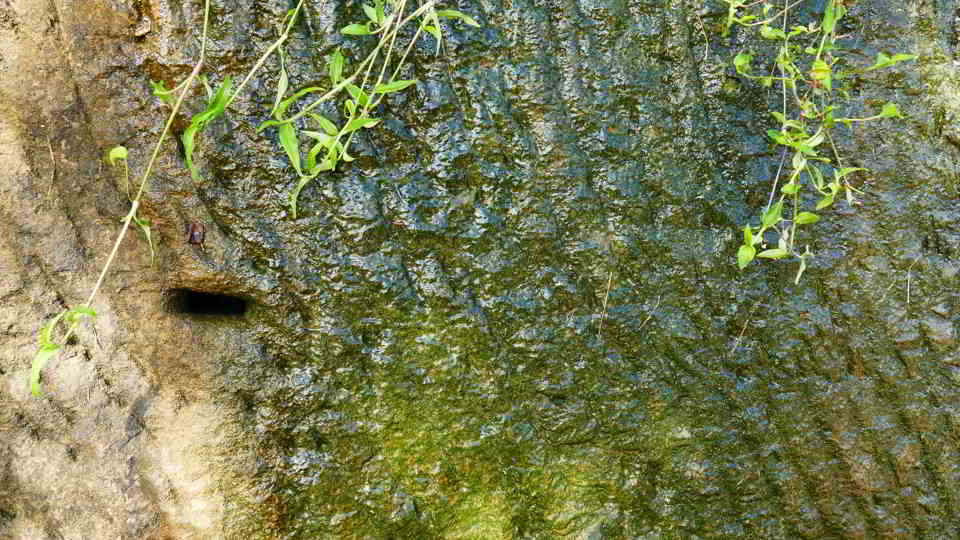 Do you remember Bennelong? He was kidnapped and terrified, but became a willing informant, a resilient character, able politician, leader of his Wangal clan, who negotiated peace with the pale aliens after Governor Phillip was speared at a whale feast in Manly Cove, but he liked his wine and ended his days fighting ritual revenge battles in the streets of Sydney. The city Dawes had to leave in December 91, after arguing against the retribution raids that slaughtered Aborigines. Dawes had befriended a young woman Patyegarang and tried to learn. Parts of the past have been cancelled. Practical protests have subsided, suicides don’t make the news. 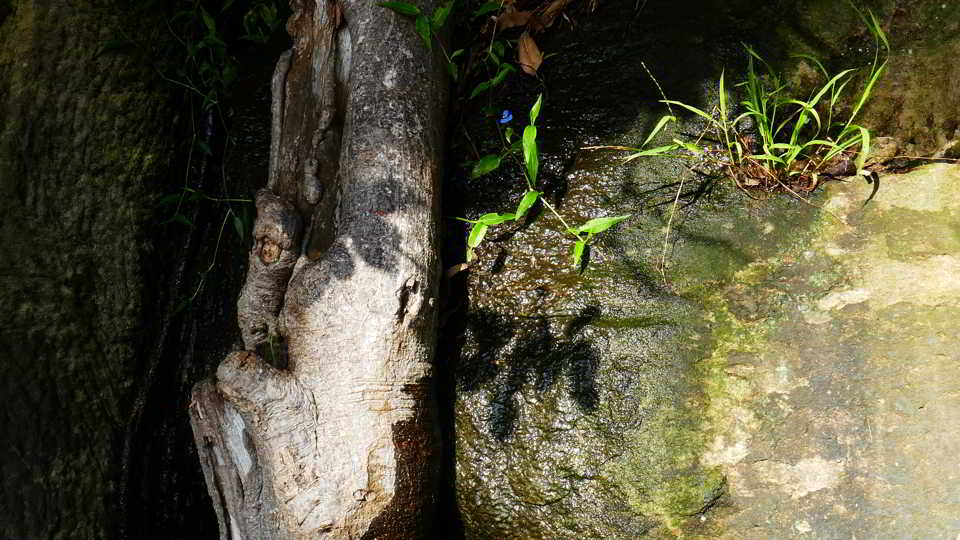 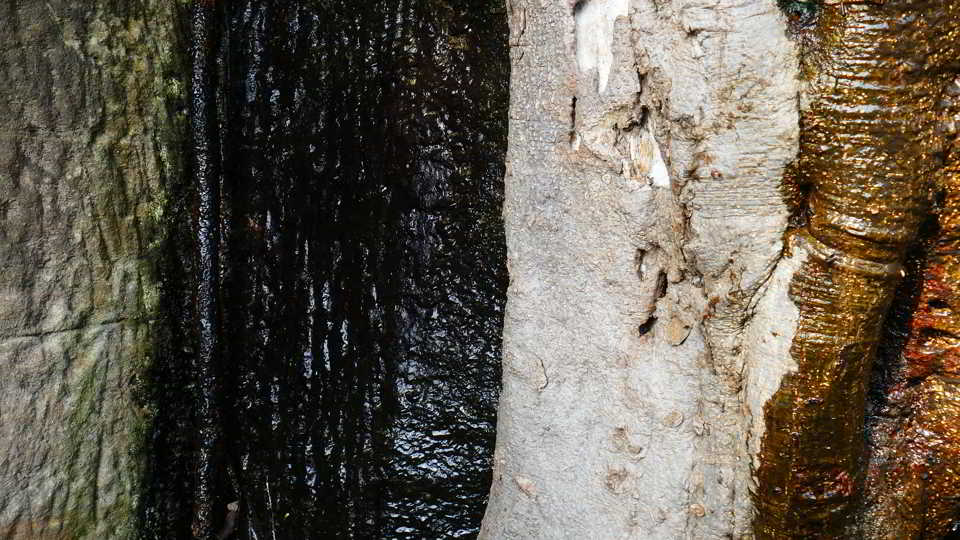 An aesthetic phenomenology of nature’s nooks and crannies
threads images onto a memory card, colours and textures
of a wall 200 metres deep poured from Broken Hill, laid down
and rammed with few collisions and only minor folding.
The wall is a piece of art with the marks of men.

How to find time to explore remains of Darwin’s tangled bank
without the need for an extravagant bucket list, flying tomorrow
to see the unmissable wall, I thought could be seen from space.