Pouring rain in the morning meant that we moved the event from the shell to the undercover cafe area, by the time the event kicked off with Saffron the rain has stopped its white noise applause and the sun even came out later.

Numbers were down but an audience of 70 turned up to enjoy a great variety of entertainment – Scott Wings was making us sing along, and strumming from a table top, as well as practising his Maximal performance poetry/theatre show he’ll be taking to the Edinburgh Festival.

My literary quiz took less time and questions than I thought – Here are some examples, they got harder:

1. Was Banjo Paterson a famous Bluegrass musician or a journalist, solicitor ( . . . and a poet)?

4. The Bulletin’s editor, Archibald nurtured a debate on the “true” nature of Australia between Banjo and Henry Lawson. Archibald gave Lawson a rail ticket and a £5 note to see the real outback. Where was the ticket to? Broken Hill or Bourke.

9. For a time Peter Carey, Patron of the Bellingen Reader’s & Writers festival, lived near Bellingen in the Promised Land on the banks of the Never Never River. The white clapboard church there inspired which book, Bliss or Oscar and Lucinda?

17. William Burroughs had a troubled life. He shot his wife – which composer best fits that tragedy. Rossini or Tchaikovsky?

19. In Naked Lunch Dr Benway tries to massage a heart with a toilet plunger or a battery?

The event was presented by Bellingen Readers & Writers Festival and the Coffs Harbour City Council. 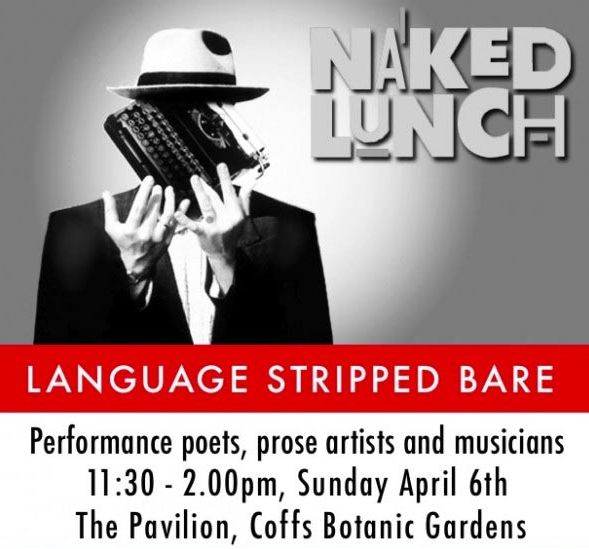