In the evening another concert in Bellingen, still rare after Covid

I spoke to the leader  Hamed Sadeghi, a Persian born tar player and composer. The tar (meaning string) is a long-necked, waisted type of lute made from walnut. 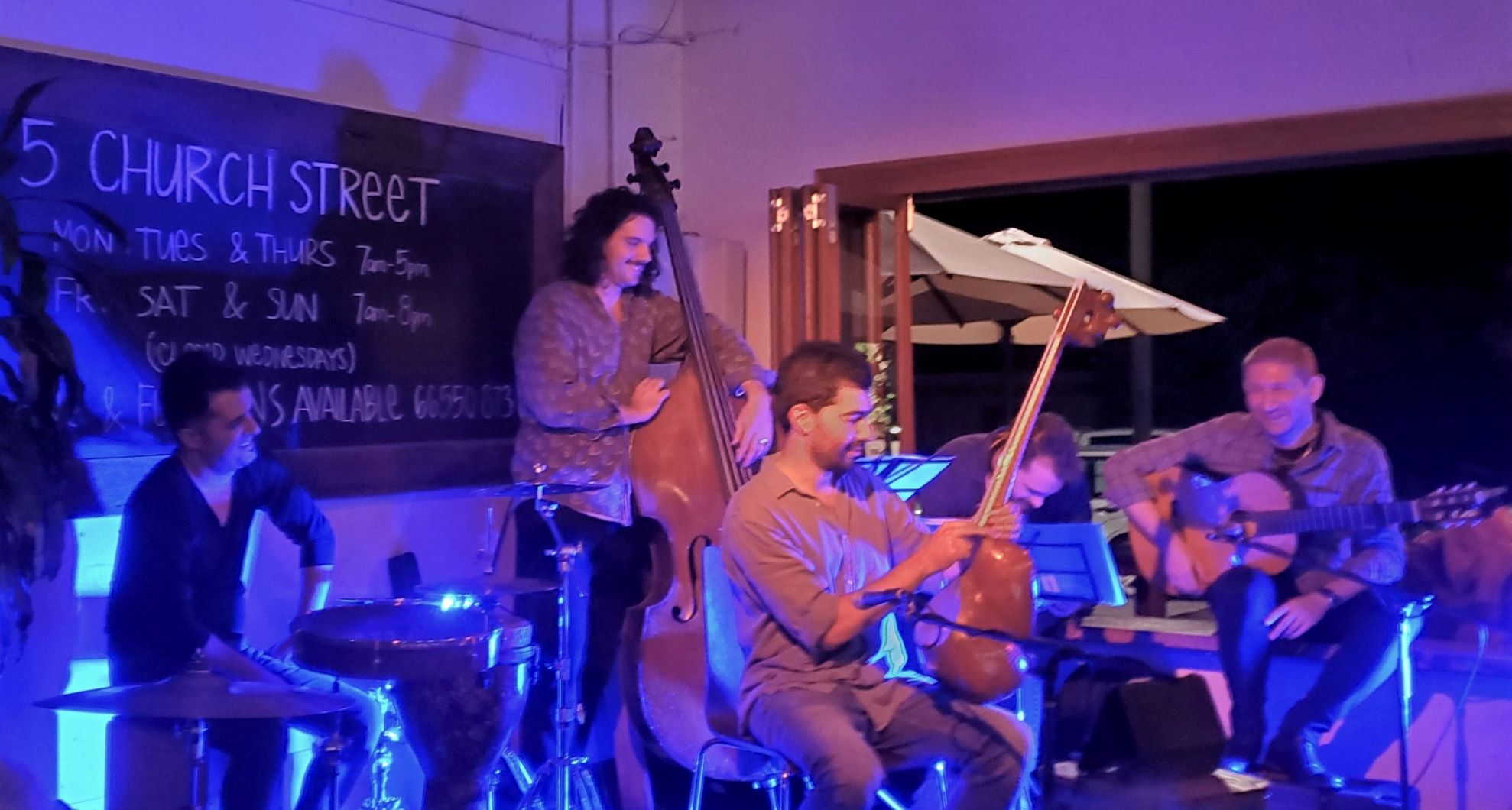 Hamed is the son of a policeman and wasn’t born when I was in Iran, 75 and 79, before and during the revolution. His father is a fan of the Shah, and Hamed is too young to know.

Under Reza Shah in the 1930s, political parties and all trade unions were banned and western clothes mandatory. Torture was commonplace.

Under his son, Mohammad Reza Shah, there was general liberalisation until threats by left wing guerrillas, in the early seventies. His secret police SAVAK became powerful and often used torture

‘Methods of torture included sleep deprivation; extensive solitary confinement; glaring searchlights; standing in one place for hours on end; nail extractions; snakes (favoured for use with women); electrical shocks with cattle prods, often into the rectum; cigarette burns; sitting on hot grills; acid dripped into nostrils; near-drownings; mock executions; and an electric chair with a large metal mask to muffle screams. Prisoners were also humiliated by being raped [worse than humiliation!], urinated on, and forced to stand naked. However, the torture method of choice remained the traditional bastinado used to beat the soles of the feet.’ Wiki

I was hitchhiking across the country in the middle of this period, and met young men who had been tortured.

I told Hamed of my adventures, shifting moments of illumination, in opium dens, resisting amorous men (I was young and had long hair), the driver of a melon ruck who wanted to sleep with me and kept saying Í have a key I have a key’, as if privacy made all the difference and later, on my second visit during the revolution, smelling hashish on the streets, witnessing demonstrations, the burnt cinemas, being spat on and punched in the street, being taken for an American. He looked bemused. I extolled the wonders of Persepolis and Isfahan, showed there’s no hard feelings.

We are now inside waiting for the band to start. Outside, two youths push a third in a black hoodie up against a hedge and start laying into him, punching his head and body. This is a country town as the jazz band Delay 45 had noted two weeks ago.

The band eventually assemble on stage, Hamed has to tune his tar, and the music starts, evocative and strangely new, refreshing ! We buy their latest CD, Project Masnavi, inspired by Sufism.