It’s more than the time of day’: The facts behind daylight saving. Daylight saving is hailed in Australia’s southern states, but research suggests it is bad for people’s health in the long term. Sydney Morning Herald

Anthropologist James Suzman says now is the perfect time to rein in our unsustainable work habits. The Observer

Moonlight slips under the bed like in a fairy tale. The clocks have changed, but the Kookaburras are unaware of our time, but they know Deep Time. 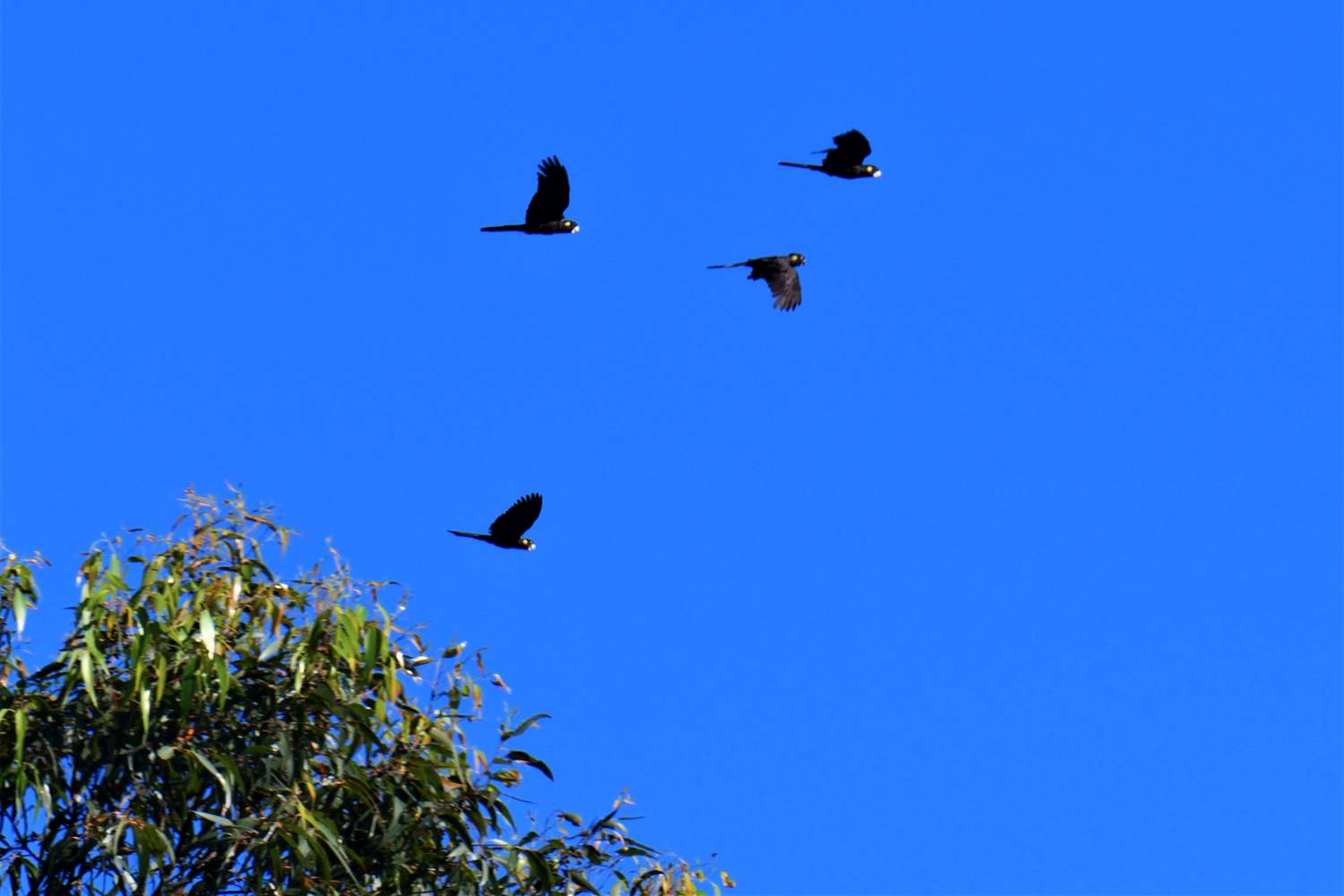 Our bird walk is on two groups because of COVID. Cockatoos fly over the lakes at Hungry Head. Pete had hoped for a Comb-crested Jacana, optimistically I thought, we find some pretty geese, ex-domesticated. Then a Baza (Crested Hawk) flies over, and moments later a Collared Sparrowhawk, flies past straight and true, tagged by a Peewee. A few ducks keep to the back of the stage.

We take a track off the dirt road to Tucker’s Rock, three-walkers-wide between thick bush, a blish gleam of black, a Satin Bowerbird flies ahead. Moments later, a vision vertically  above – a male Regent Bowerbird. I catch two wing beats followed by two quick glides, sunshine stimulating molten gold on the open wings, spectacular with the black trim and black belly against the precious blue of lapis lazuli (worth much more than gold).The moment borrowed from over six thousand years of rock hacked out of limestone in the Kokcha River valley, home to the Bamiyan Buddhas (which friends found while I stayed back in Kabul under curfew, sick as the dogs, and which I will never see now). The moment borrowed from Horus, the falcon god, protector of Tutankhamun, pure gold with dazzling feathers of painted cloisonné.

And I said to the birders near me – this was a glimpse of benediction, a Van Eyck angel, the lightness of light, lightness of flight. Though, perhaps the cloudless sky was closer to the synthetic ultramarine of Manet.

I let the others go ahead and step into scrub badged yellow, an Eastern Yellow Robin watches me answer nature’s call. The sight or the sound attracts the small bird almost within reach. I try and extricate the camera from its holster, the movement enough to scatter it.

Then we reach the jeweled birds, looping in and out of two trees, banking fast, tail streamers flowing, hunting on the wing, displaying intense orange underwings trimmed in black. Colours flashing past, hard to resolve. 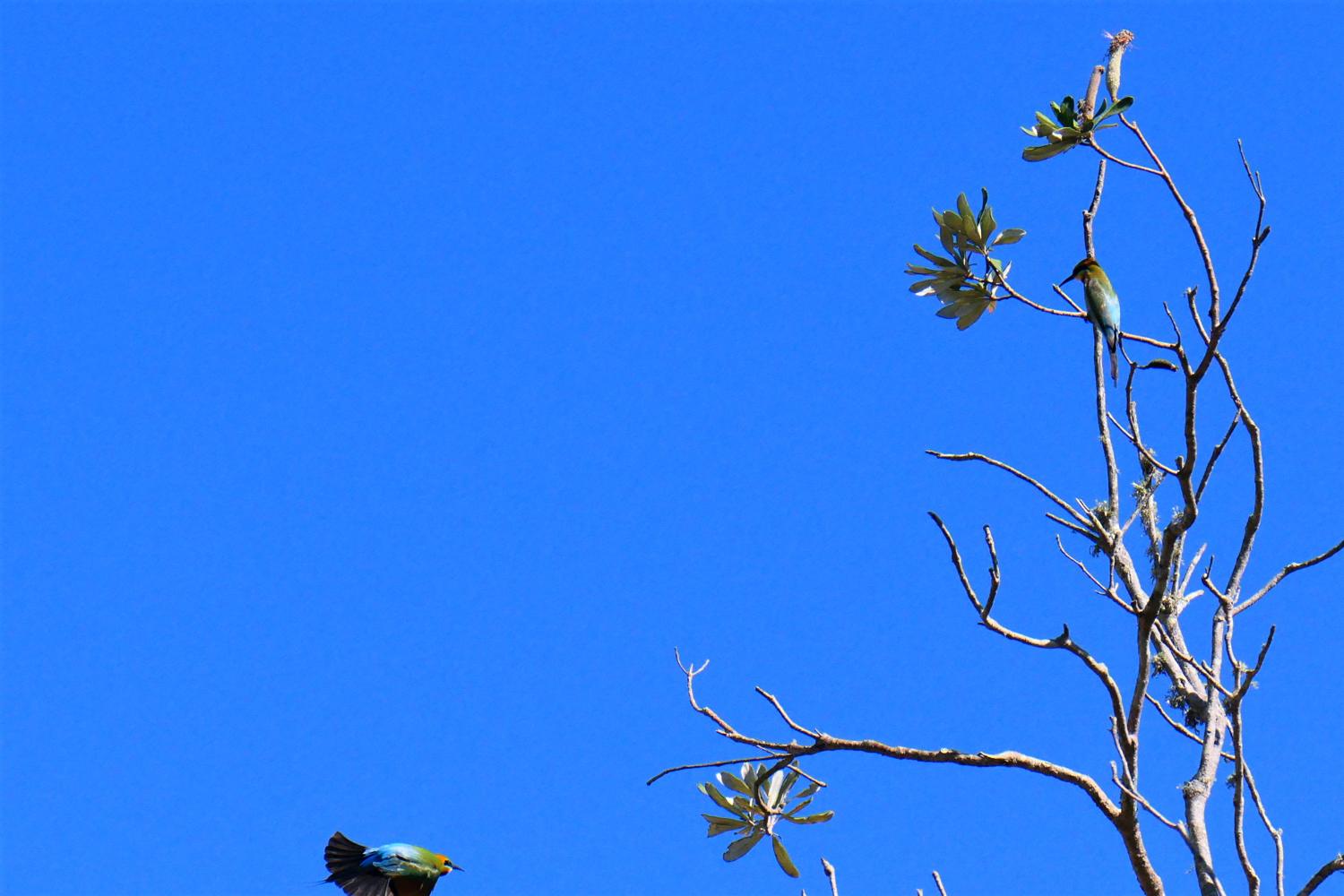 Morning tea at a reserve beside this one tree, a Small-leafed Fig, a gift. The birds rummaging through stretch attention: Fig Birds, Catbirds, Regent Bowerbirds, a Barred Cuckoo Shrike, and Olive-backed Orioles – I missed the Wompoo Fruit-dove. The trunk is weathering the years, lichens soften the southern side.

A White-bellied Sea Eagle circles overhead, veers over the Bellinger where the long weekend is underway.

In the distance a Swamp Harrier scatters a flock of Straw-necked Ibis. 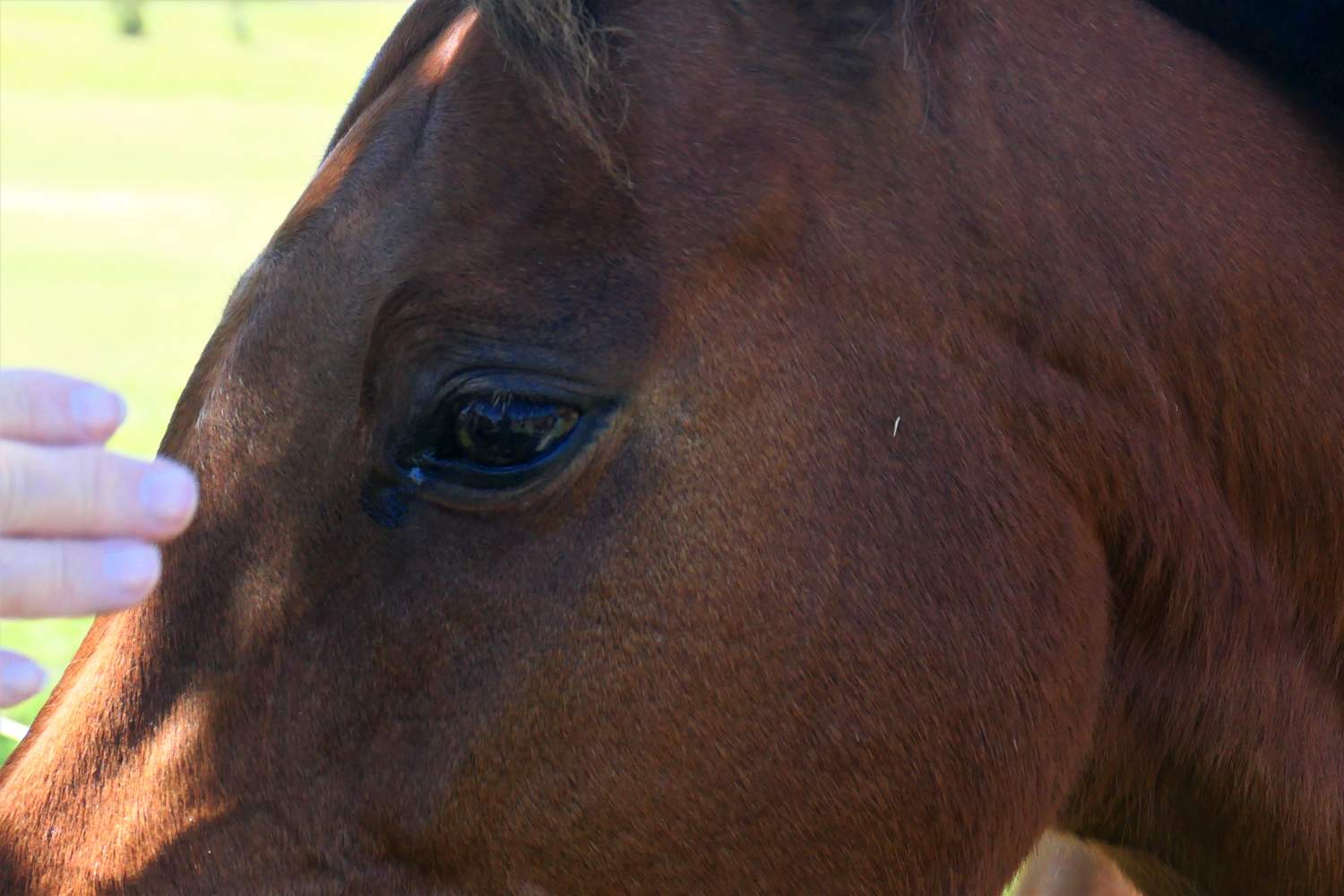 We stop by some horses, Laurel calls them over. 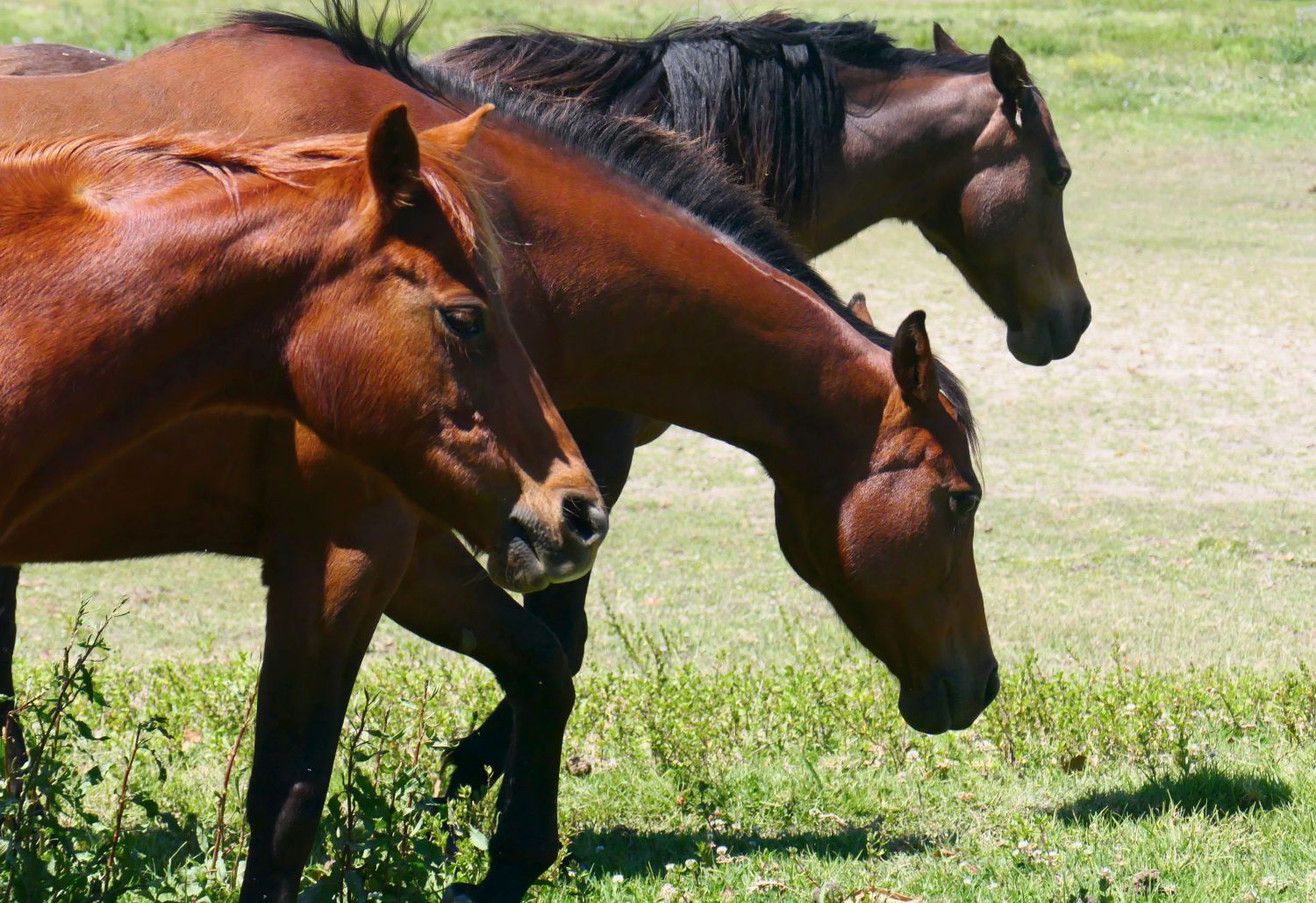 She used to bring her children here to Rolo’s old farm, they would meet the calves and watch the milking. The concrete ring is surrounded by birders staring into the crown of a giant bougainvillea for a Golden-headed Cisticola, a small bird with non-stop lungfuls of song. They once saw a bull mating here. Ughh! Its orange, cried one of her children.  A Wedgetail measure the distance.

Another stop is by the mangroves of Back Creek, a channel between the Bellinger and Kalang. We came under attack, leapt back into our cars, the mosquitoes so fierce last time. Hardly one today. An Azure Kingfisher sat dead quiet, dead still in the shadows.

There is a ritual for these birding days. Lunch at Urunga; we form a circle, go through the bird list, and each guess the number of species. All way under – 90 species and five raptors today. A special day, a lucky day, a rare location.

We live in a society where work defines who we are, what we do and who we spend our time with. But this wasn’t always the case. For 95% of our history, our ancestors had a radically different view of its importance; hunter gatherers rarely worked more than fifteen hours per week. How did work become the central organisational principle of our societies? What are the social, economic and environmental consequences of a culture of work? James Suzman [1]

‘In 2017, a Gallup poll of 155 counties found that only one in 10 western Europeans described themselves as engaged by their jobs. This has been framed as a workplace issue – actually, says Suzman, ‘it is a problem with the nature of work’.’ Elle Hunt[2]

How come with all the labour saving technologies we embrace from computers to bread makers, we are working as hard or harder, as long or longer, despite all this technology part of the reason for the environmental crisis? Ivan Illich argued for convivial work for a Convivial society: ‘autonomous and creative intercourse among persons, and the intercourse of persons within their environment . . . individual freedom realised in interpersonal interdependence and, as such, an intrinsic ethical ideal.’[3] A 1940s ad for an electric kitchen warned housewives that old fashioned kitchens ‘absorb all their time, energy and patience.’ An ad for a semi-automatic washing machine boasts it, ‘Leaves you free to do other things.’ And an ad from 1955, the year I was born and rationing ended in Britain, claimed my mother would be happier human being with a hoover.

Back in 74 I was reading Illich for sociology at university with relish, but never took his words to heart – my mistake.

I believe that a desirable future depends on our deliberately choosing a life of action over a life of consumption, on our engendering a lifestyle which will enable us to be spontaneous, independent, yet related to each other, rather than maintaining a lifestyle which only allows to make and unmake, produce and consume – a style of life which is merely a way station on the road to the depletion and pollution of the environment. (1973). 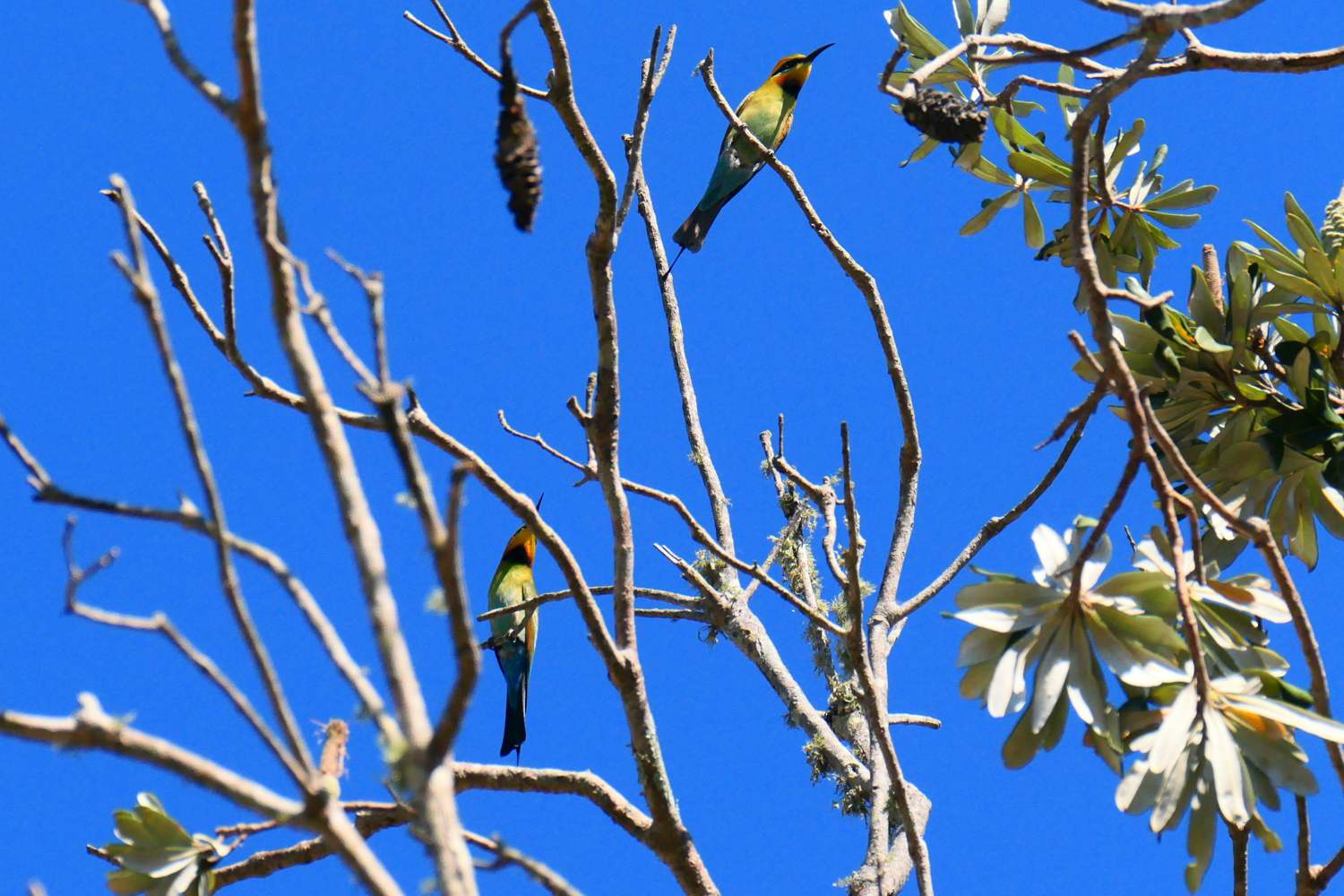 [1] James Suzman, Work, A History of How We Spend Our Time, Bloomsbury. 2020. Publisher’s spiel. (Suzman knows all about hunter-gatherers well from his work with the Ju/’hoansi bushmen of eastern Namibia.)

[2] Elle Hunt, ‘Blue sky thinking: is it time to stop work taking over our lives? Anthropologist James Suzman says now is the perfect time to rein in our unsustainable work habits. But is it possible?’ The Observer, 4.10.2020

[4] ‘There are now 2.9 billion — about 29 per cent — fewer birds in North America than in 1970, according to research published on Friday in the journal Science. And that’s a trend across much of the globe that is going hand-in-hand with a rapid decline in insects.’ ABC News, 19.9.2019.