Seeing hares around here is common. Usually seen lolloping along or have seen you and have hunkered down, ears pinned to their body. I was on the phone on the upstairs deck a few years back saw something move in the garden and excitedly said, There’s a hare. A hair? A hare. A hair? Yes a hare! This mammal rarely features on Sydney wildlife walks.

Last Saturday, I finally saw something I had hoped to see, even in Australia. Two hares boxing, jumping up, twisting front legs a whirr, then a chase round and round. A male and a female testing his strength and endurance. 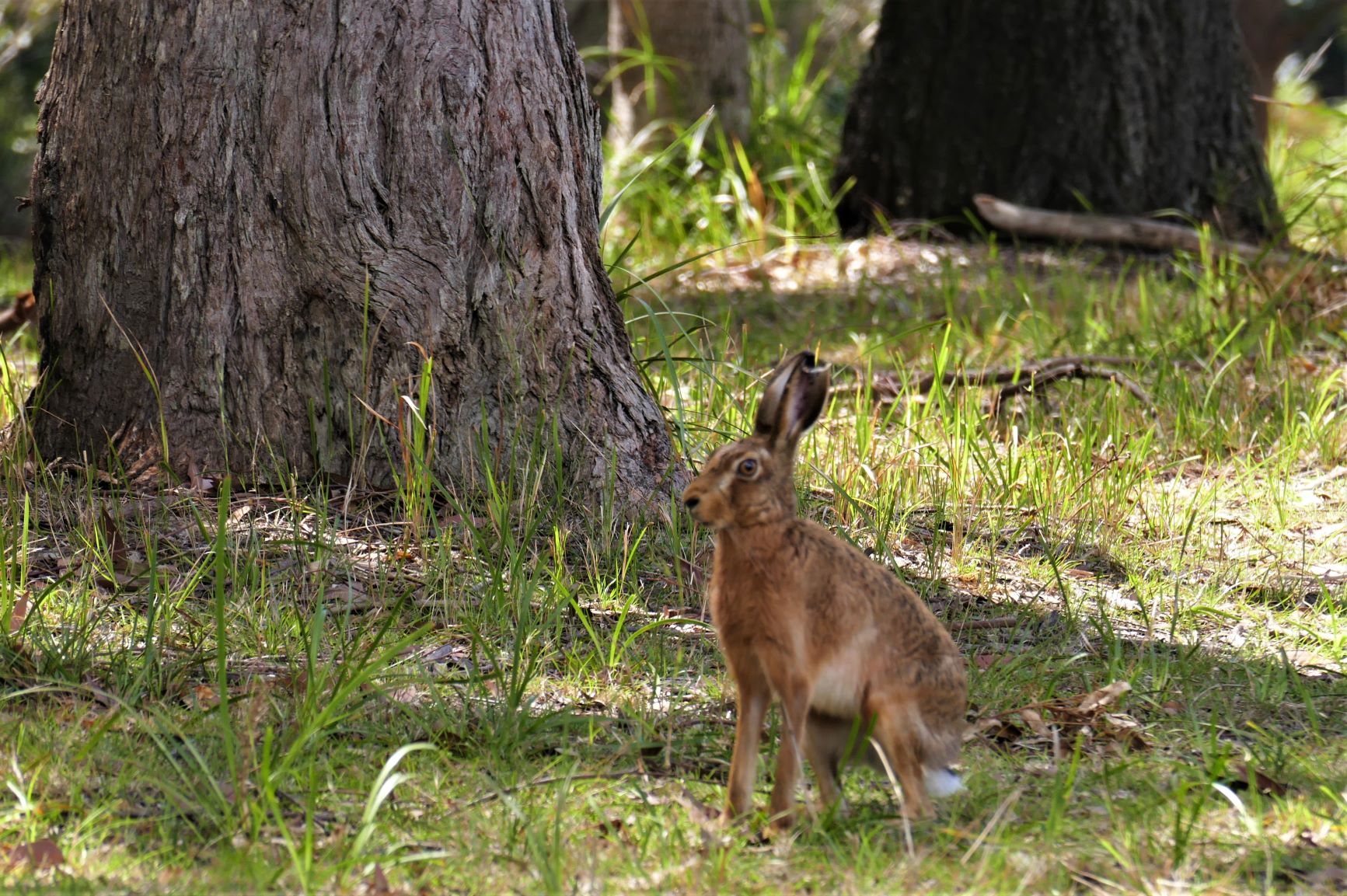 A month earlier I had been quietly photographing a bird on the edge of Jagun, when a hare run towards me and swerved late when he saw me. They are beautiful vibrant animals up close. I have nearly stepped on them in the forest, then they explode, running twice as fast as the fastest human. Unlike rabbits they do not breed like rabbits, and the few around do not seem to disturb the natural environment. Though I suppose they could, not being susceptible to myxomatosis.

They were brought over here for hunting. I have only seen them a couple of times in Britain. Once in Donegal, when birdwatching on the edge of a field, a man passed by carrying a large gun. He was setting up for hare coursing the next day. The ‘sport’ of letting greyhounds loose on a hare was illegal just a hundred meters away across the Foyle in the north.

This evening, as we poured the dishwater out into our rainforest garden below, we noticed a hare dead on the edge of our garden. 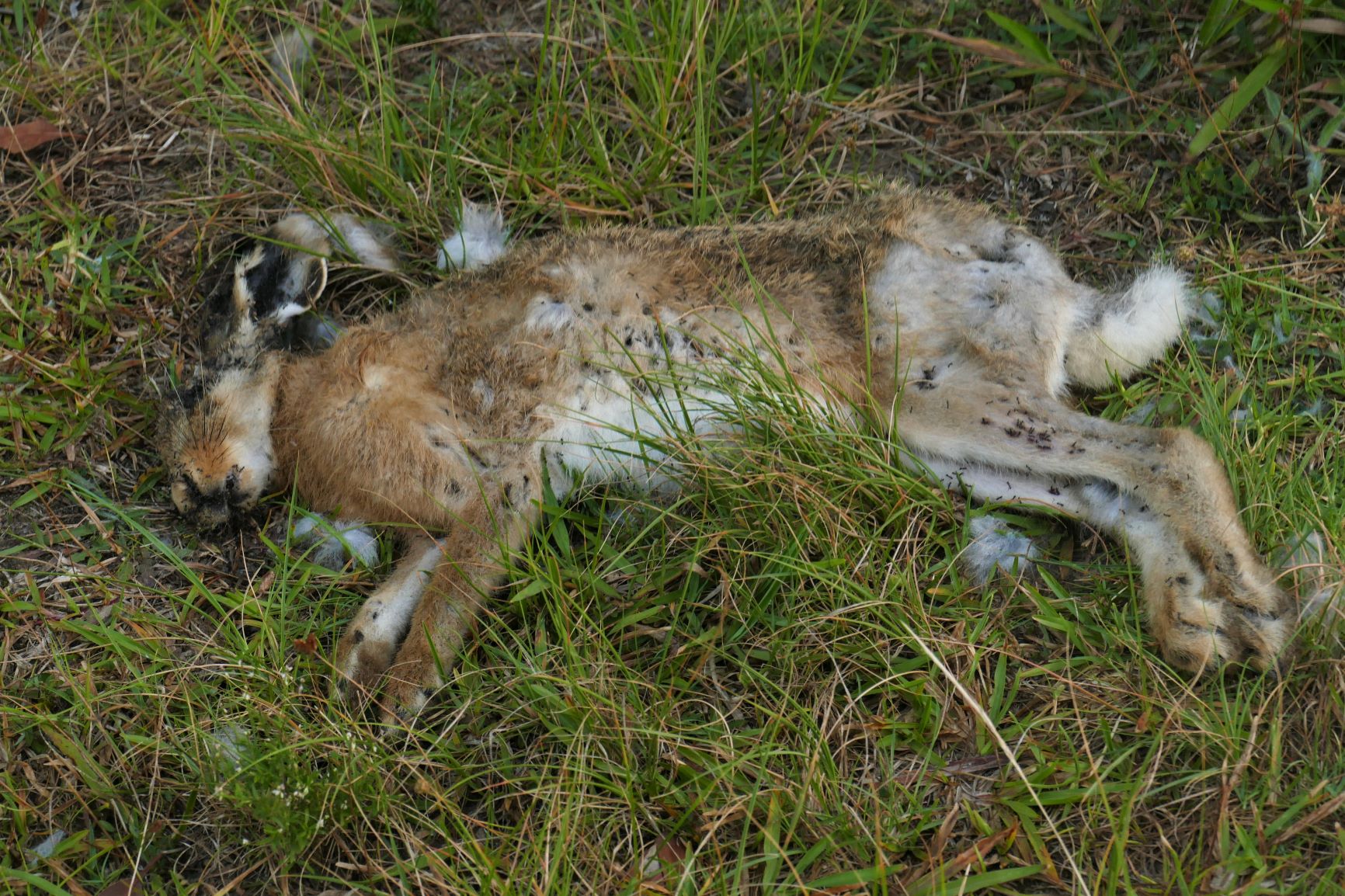 For close-up views I recommend Albrecht Dürer’s ‘young hare’ from 1502. I have seen it once, it’s in the Albertina, Vienna and it’s worth visiting that city for the carefully textured fur and feel for the animal as if painted directly from life. 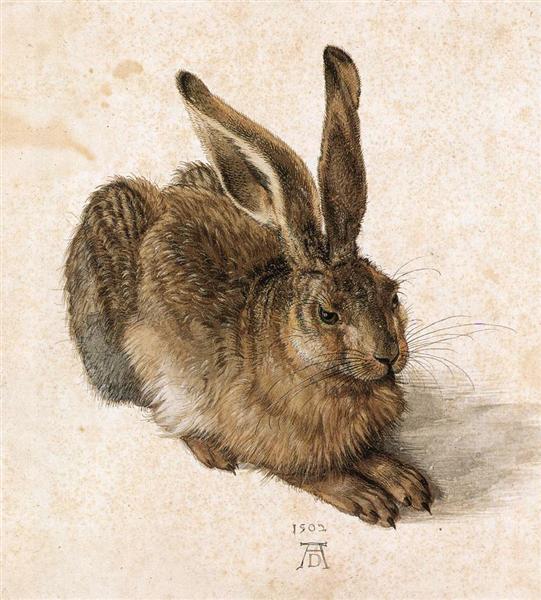