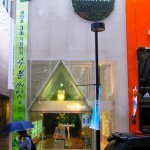 Innisfree from Sligo to Seoul 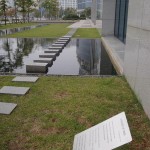 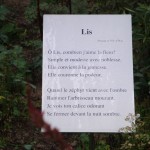 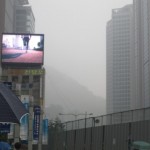 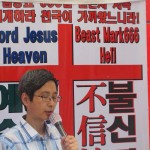 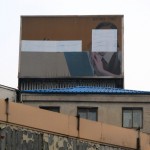 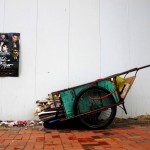 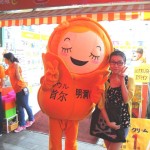 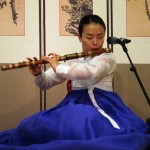 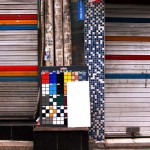 and weather up next; don’t go anywhere, we’re not.”

The medium excels at repetition, reinforcement

and I’m rooted to this spot in the departure lounge

like the paperbarks lining a fairway beyond the perimeter fence.

A pigeon flies across the apron, wings sucking air,

without monumental stone walls or writing, hats or hat-stands,

skateboards, beer or football, a past we totally underestimate.

Roots are hidden from the seasons, though they flow

When is the time come? When will it be time to go?

I’m listening to Passion, the track kicking off

Nightmares on Wax on my phones, flying high

gallons an hour, and with the crunch on credit

this is an expensive poem.

It’s not a holiday, more a life and death kind of thing,

dad is surviving death for now but framing the end,

our end when mornings are done with for good.

The track slowly builds and a woman’s voice keens

wordless, the smell of aviation fuel fades from

when we taxied over repetitive grey concrete squares

beginning this journey from a roughly painted yellow triangle

someone knows where I am.

but the clean blue is deceptive; the wings look flimsy

and for the first time I feel nervous as we hurtle down the runway,

rocking side to side in my seat. I have fifteen years left

on average, though I am overweight, my cholesterol high

but I had a good start, boarding school starvation from an early age.

of light industrials and shopping centres, across the Nepean

snatches of honeycomb rib the gorges, the ribbon of development

follows the road, between dusky forests, being told as a child

that the dark is nothing to be frightened of,

that sleep is the most natural thing in the world.

We are flying north-west over gargoyles, the sharp teeth

of canyon systems, a dense green blur of foliage that eases into

field systems, with no trees on the floor. Something’s wrong.

This is where the riches lie, not in aerial geometry

simple forms floating dusky greens with a dusting of pinks

and magenta and greys, lines and corners, how we remember the past.

The fragile covering has scratched the memory of the soil, climate change

killing, our distance even on the ground softens unbearable violence,

a clump of human muscle, a drowned performance by daylight.

I have just tasted turbulence, the wings look too thin, the new terrain

too wild, an occasional line of road, no fields, an air strip

then hills made out from darker lengths of thicker trees funnelling

down and around their base on the performance of shadow

and sfumato, a series of cliff faces, ghostly pale. A head wind of

The young Korean slumped beside me is visiting his girlfriend,

he works at Central Station, I show him a poem by Yun Seondo

he doesn’t recognise that name in this language.

He’s watching a soap on his large ipod, keeping a sensible distance

I have been here before, but not with you. I think that

over the Christmas break we should head back north

and renew the search for where we belong to each other.

preferable to anaemic Bud believe it or not.

Barber’s Adagio has found my phones, the onscreen map plots

our flight over Nagasaki at 512 miles per hour. I open the blind,

snap it shut at a blast of light, the enticing curve inching forward

suggests linearity on a round globe. I’ve written about charred bodies

before, Hiroshima was my headquarters for a few days,

but you are a mash-up of images and emotions

your eyes welling as the taxi drives off at dawn, the subject of

so much excellent poetry from this part of the world; we are heroes

and victims of our need for love. I can’t imagine flying without you.

We descend over rhyming islands and a long a sweep of sandflats,

its a ten metre tidal change, the second largest in the world,

outside the airport that familiar smell – a sticky, sweet, fetid hit.

The 15th century temple is too far, so I make do with Airjoy 29

filming the Time Capsule, the new KGB bar and a poem displayed

against the exterior concrete wall of the Hyatt Regency, a poem

by Houseman, the one about cherry trees, of course facing

beside a water garden facing the flat wastelands of Incheon.

and staff are delighted by my few pathetic phrases.

I tour the terrace garden beside the indoor pool looking for birds.

It’s grey. I saw a wagtail from my window early; the grey of dawn

has not budged. The garden displays poems in French, Korean

and Apollinaire’s short poem on the nasturtium.

As I pack, a mother leopard is forcing her son to leave her territory,

he meets an older female is seduced and then moves on.

and fine bone structure, I obey her uniform and empty my pockets –

her wary wide-eyes relax, she smiles back, but by then

again; I don’t have a thing for women in uniform.

I learn about the feudal rule of Koguryo, the foundations of this

divided country, the climate still cold war, the future sticking to its past.

Two girls in delicate kimonos want to help me paint a fan,

I prefer to read their book on landscape painting, the earliest dated

Josean is An Gyen’s ‘Dream Journey to the Peach Blossom Spring’ (1447);

he was asked to paint a prince’s dream, roaming a landscape

described by the poet Tao Qian in northern Song style,

for time and space, dramatic mountains block the sun in a beautiful

moody otherworld (like the backgrounds in Van Eyck or Brueghel), >>

and read left to right unlike all others. In the late 17th C some turned

to their actual landscape, the key painter of ‘True-View’ (Jingyeong jansu)

preferred to demonstrate their technical skill and used plenty of colour.

succumbed to Neo-Confucianism, much fine Buddhist art was lost again

when the Japanese invaded and looted. The show is split into two,

ten minutes apart on each wing of the vast hanger, both were empty,

both beside free internet stations that had queues. I fell into a landscape

by Yi Jeong, ‘A scholar gazing at wild geese’ and just made boarding.

Lilly Allen is singing in my ear,

“I want loads of clothes and fuckloads of diamonds

I heard people die while they’re trying to find them.”

and I’m reading Goya’s proposal for the reform of painting:

I tap the screen for ‘pilots view’, an hour-glass appears,

death is waiting, we have just passed north of Beijing.

and pictures except this is livelier. 50 movies to choose from,

Terminator 4 and The Hangover head the list, and now

we are faster at over 500 miles an hour. A toddler squirms

in the seat next to me; I practice on her mother

She’s going to join her husband in London, an IT expert.

only nine hours ten minutes to go, Hangover is much funnier,

the child stares at me, I am an alien giggling aloud.

Estonia this time, then the islands, the neat fields of Gotland

lawns mown . . . a choreography of propeller legs wakes me over small fields,

the borders thicker than before, we are flying parallel to the Thames,

Paul Nash and the birch woods with bracken and foxgloves I played in as a boy.

was a protest poet, jailed for protesting against the Vietnam War. As president of the American Center for PEN, she travelled to South Korea in the 1970s to protest against the death sentence of poet Kim Chi-Ha, source of one of her last poems, ‘The Gates’:

Through acts, through poems;
through our closeness—
whatever links us in our variousness;
across worlds, love and poems and justices
wishing to be born.