Intensive care saves lives — but it comes at a ‘huge cost’ to our bodies. Patients who end up on ventilators often face a long, slow and traumatic period of recuperation, which often includes relearning how to swallow, speak, breathe and walk. ABC

Even when Joseph Wu and colleagues reported in late January that COVID-19 was going to become a global pandemic requiring substantial preparation, this warning received insufficient attention. Too many of us were lulled into a false sense of security by shrugging politicians. Looking back now, it is hard to understand from a scientific and epidemiological standpoint that there seemed to be no one with sufficient leverage to wave that red flag very early on. The Lancet

The more dire forecasts say flight prices could surge 27 per cent and house prices could drop as much as 30 per cent. ABC

Aren’t we in a drought? The Australian black coal industry uses enough water for over 5 million people. The Conversation

Think of it like this: if our goal was to eat an Italian dinner, we’re currently stuck in traffic on the way to an Olive Garden. We’re not even halfway to arriving at the worst place that technically qualifies. Last Week Tonight (on US testing) 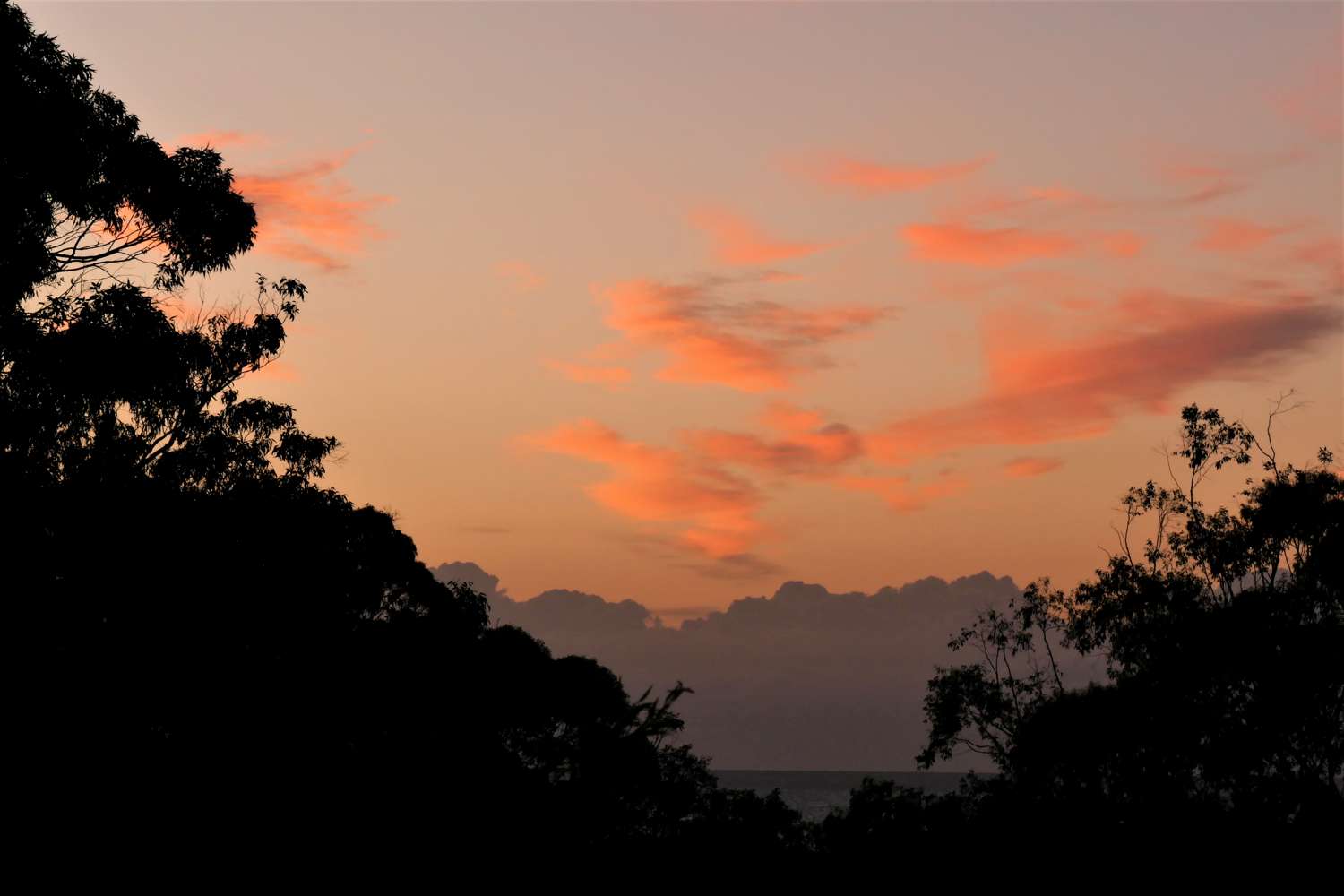 Coldest night. I set the alarm for the first time yesterday for 5.15, an hour before sunrise, but woke at 5.14. I wake at five today, still don’t know what electronic jingle will wake me one day. I watch Eos unfurl from the top deck, balance on a stool for the photograph, our garden is growing too well. 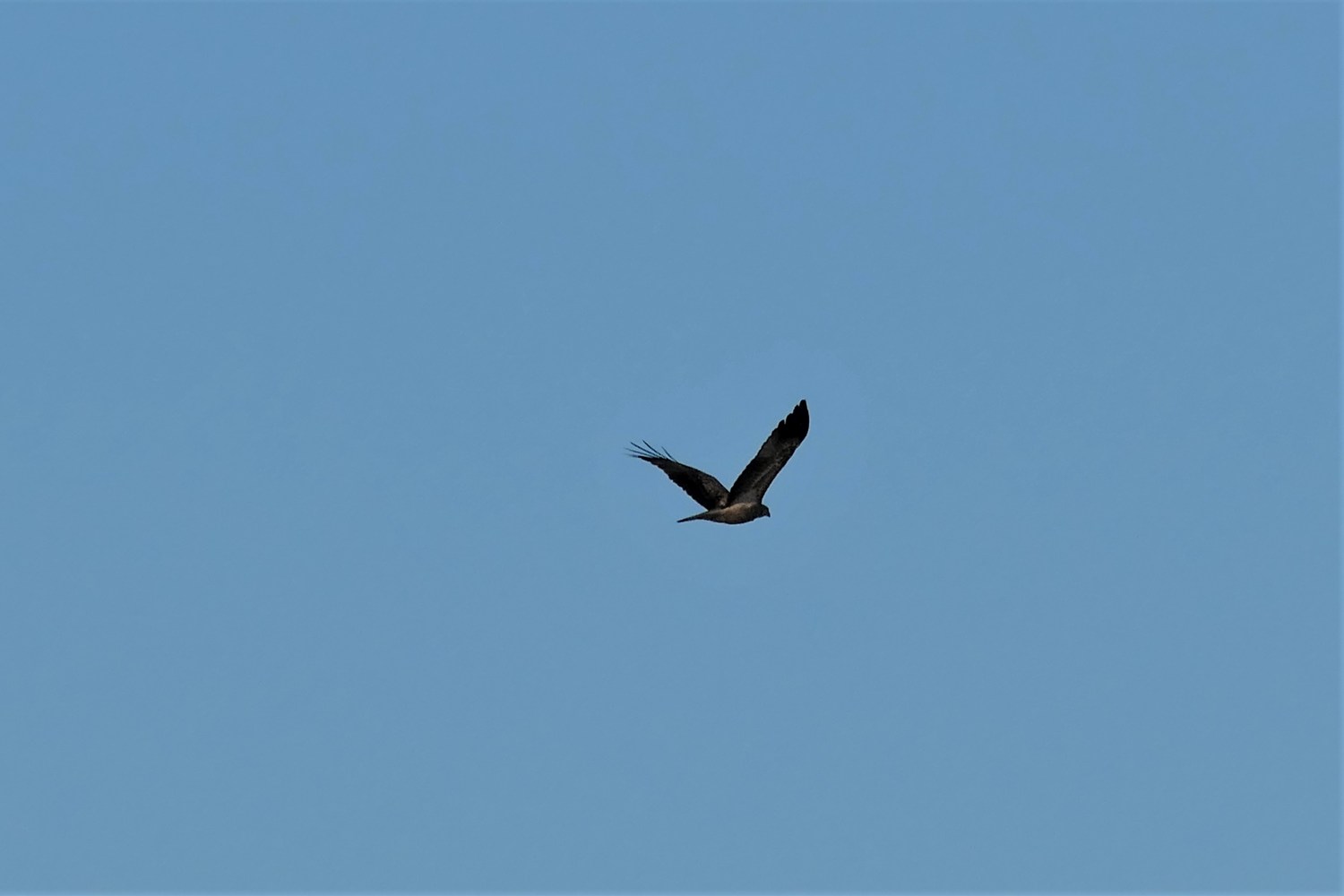 Nambucca’s promenade is very quiet, but then it’s very cold. The sky is scrubbed clean, tide’s up. A Masked Lapwing mobs an Osprey while moments later a Brahminy Kite sails a safe passage free of interference. As far as I know, Ospreys live exclusively on fish whereas the kites are scavengers. 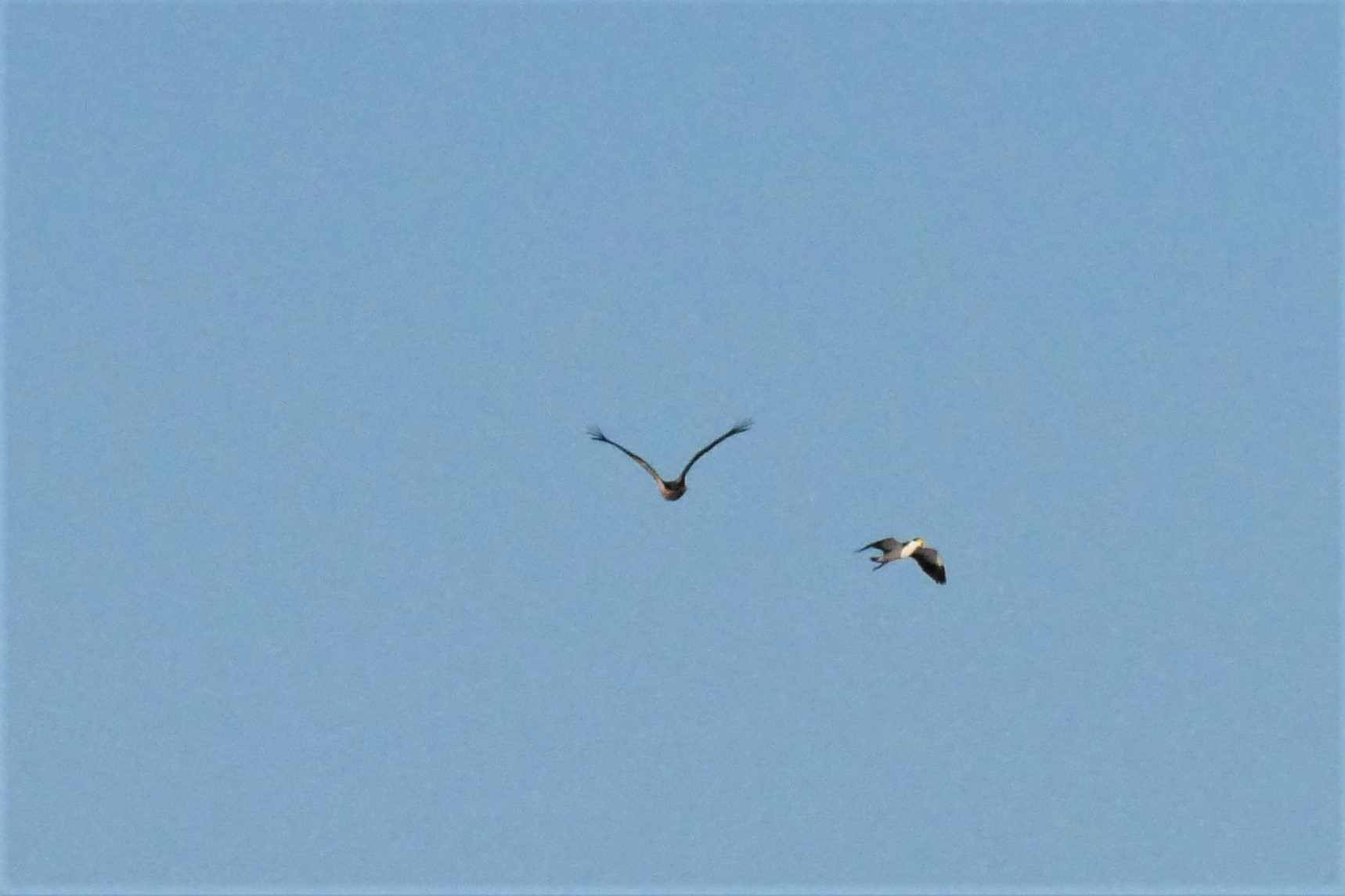 The Antarctic wind is tearing off the tops of the waves, that spiral off as spindrift. 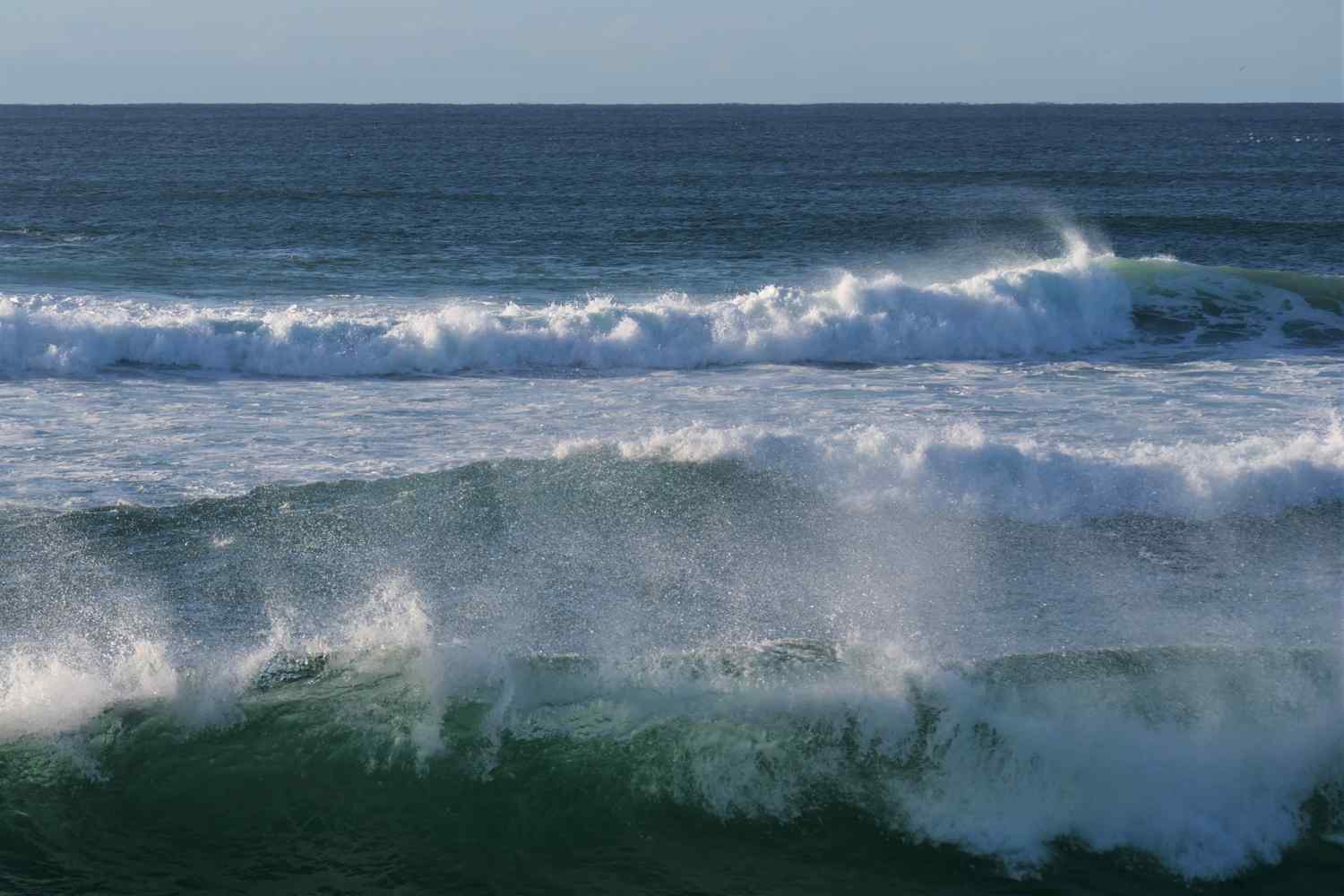 They crash into the end of the sea wall, blowing giant bubbles of crystal light. 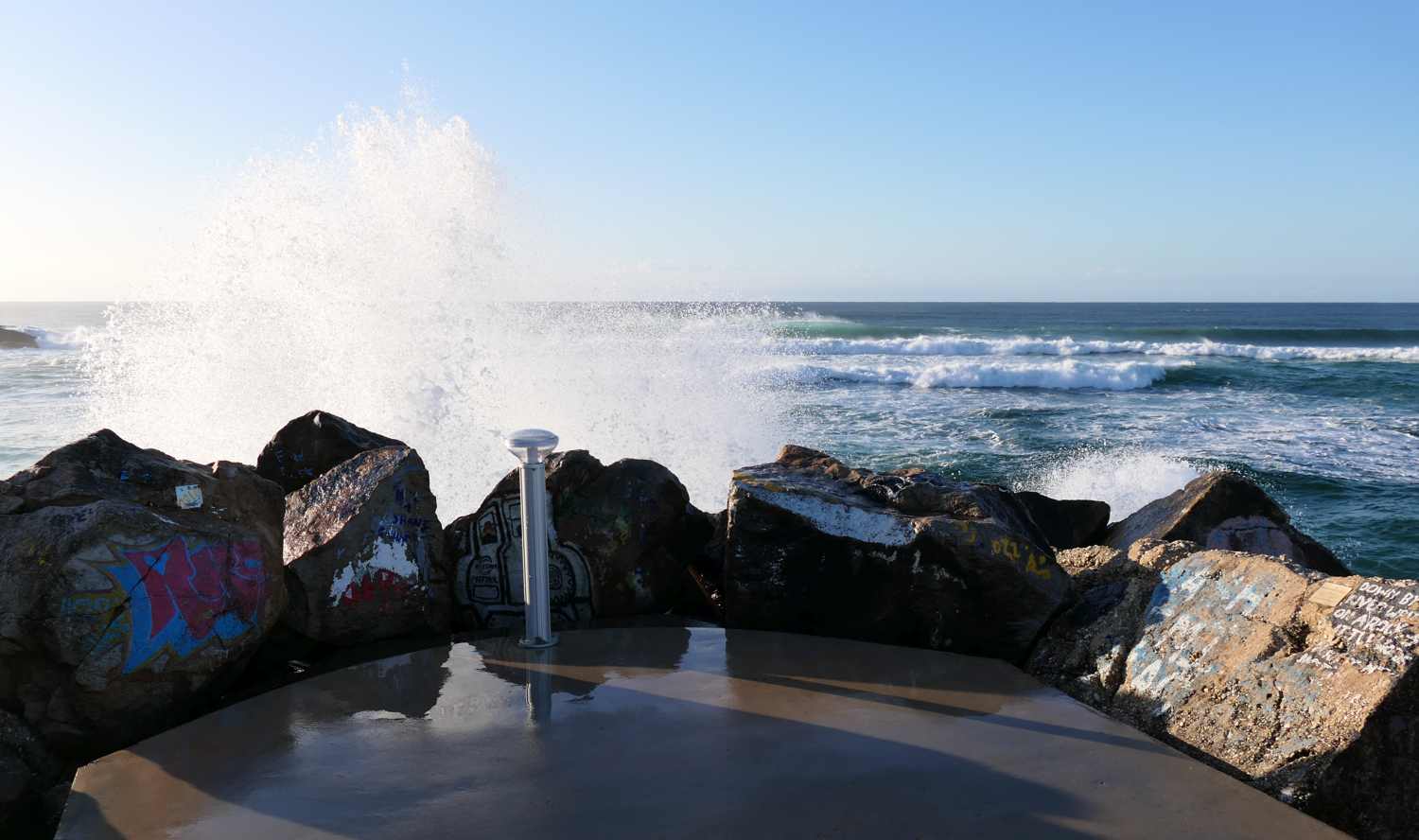 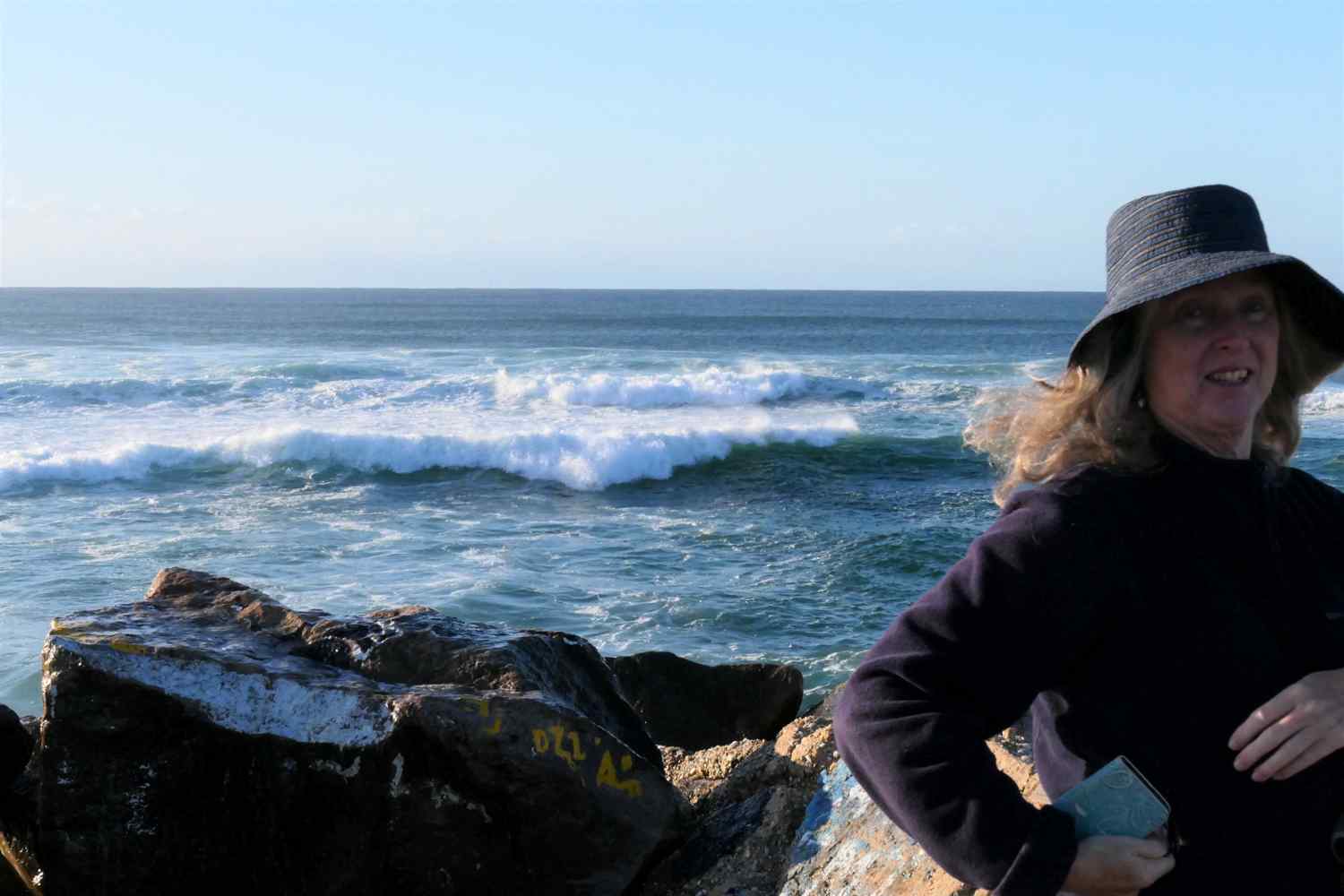 Wyn is looking pleased, just missed a soaking. Death is orbiting the globe, with pain and suffering, a Buddhist’s entitlement. Plenty of death circulates even without a virus. 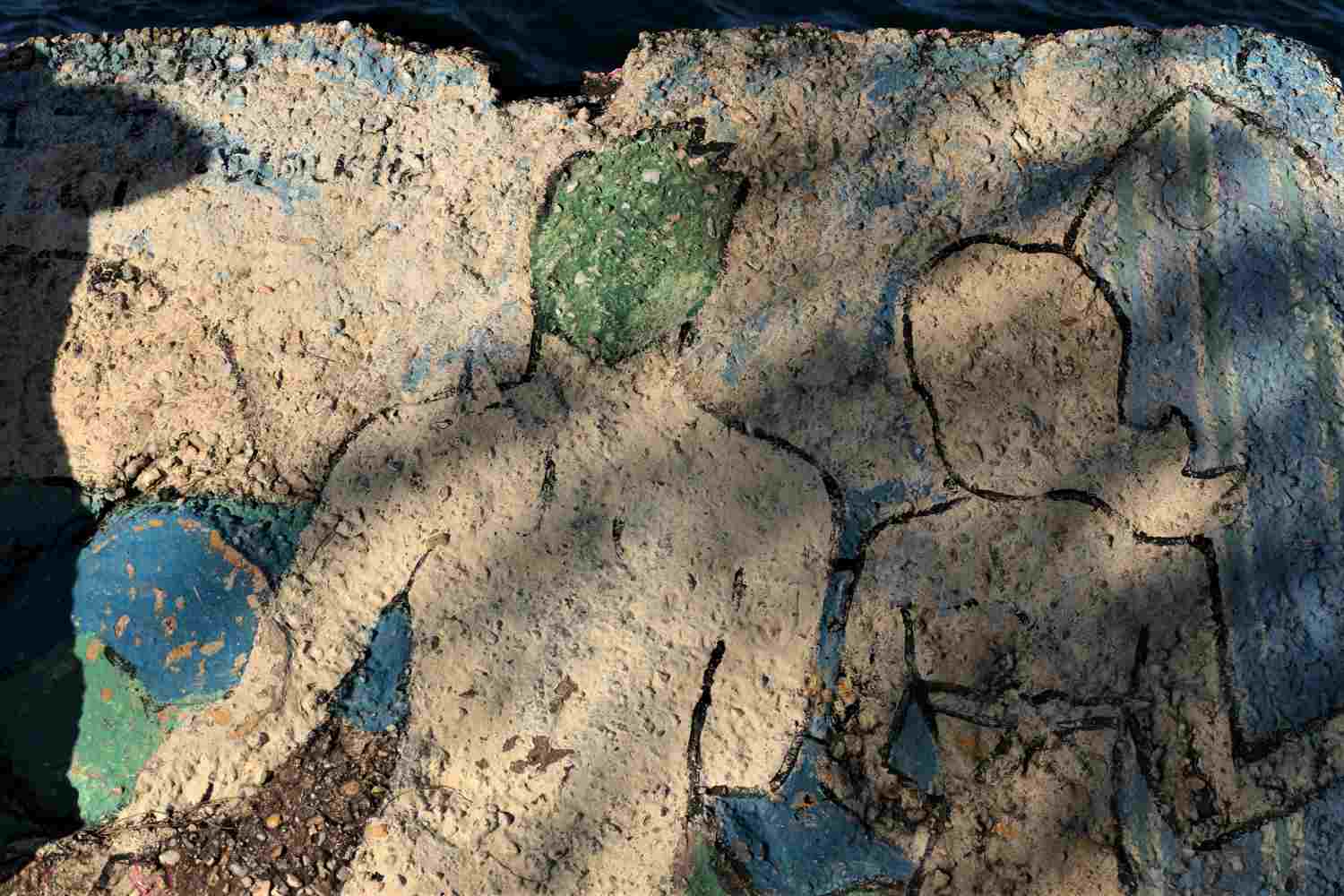 A loving couple are fading beautifully, it just happens, even in concrete. Visitors sign off on the jumble of boulders and concrete blocks that stop the sea, in a variety of styles, some quite creative. {see post – Can public art empower our imagination?} 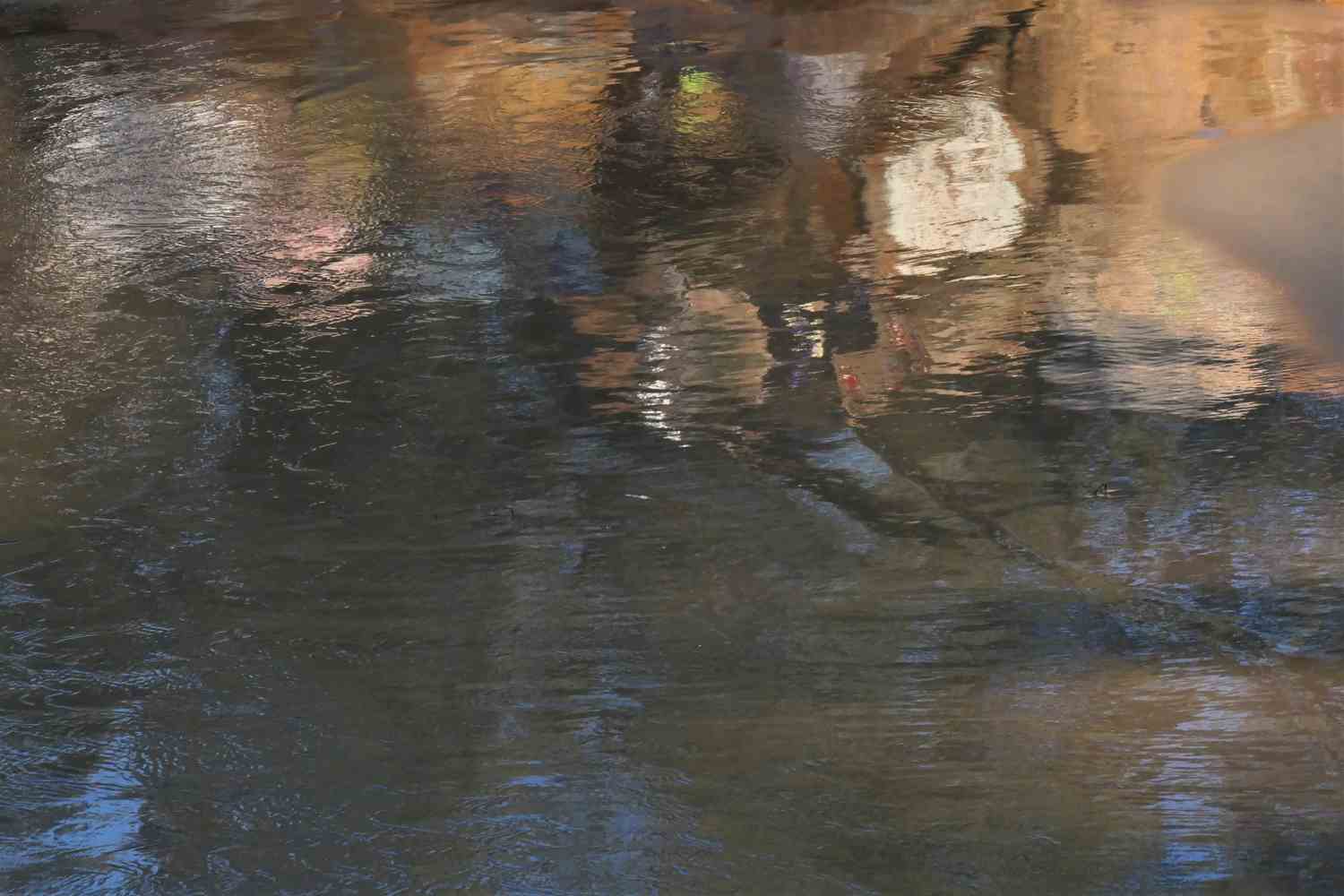 I am Daoist, happy in the natural flow. The world is so beautiful and I am in love. To drop dead now would seem quite natural, but at the same time unfair.

Few things induce volts of happiness in me like the common cranky fan (grey fantail) when it meets me near the water tank and bursts into its elaborate dance, up and down like a demented Mata Hari, if Mata Hari were a bird, only a metre or two away from my face. Richard Flanagan[1]

A joyful twittering, musical to the rafters of branch and leaf, Grey Fantails in our garden for the third (or fourth?) day in a row. Both sexes sing and they have finally discovered our garden. The wrens on the edge of the forest venture across occasionally but never stay, despite the thick bush we have provided. 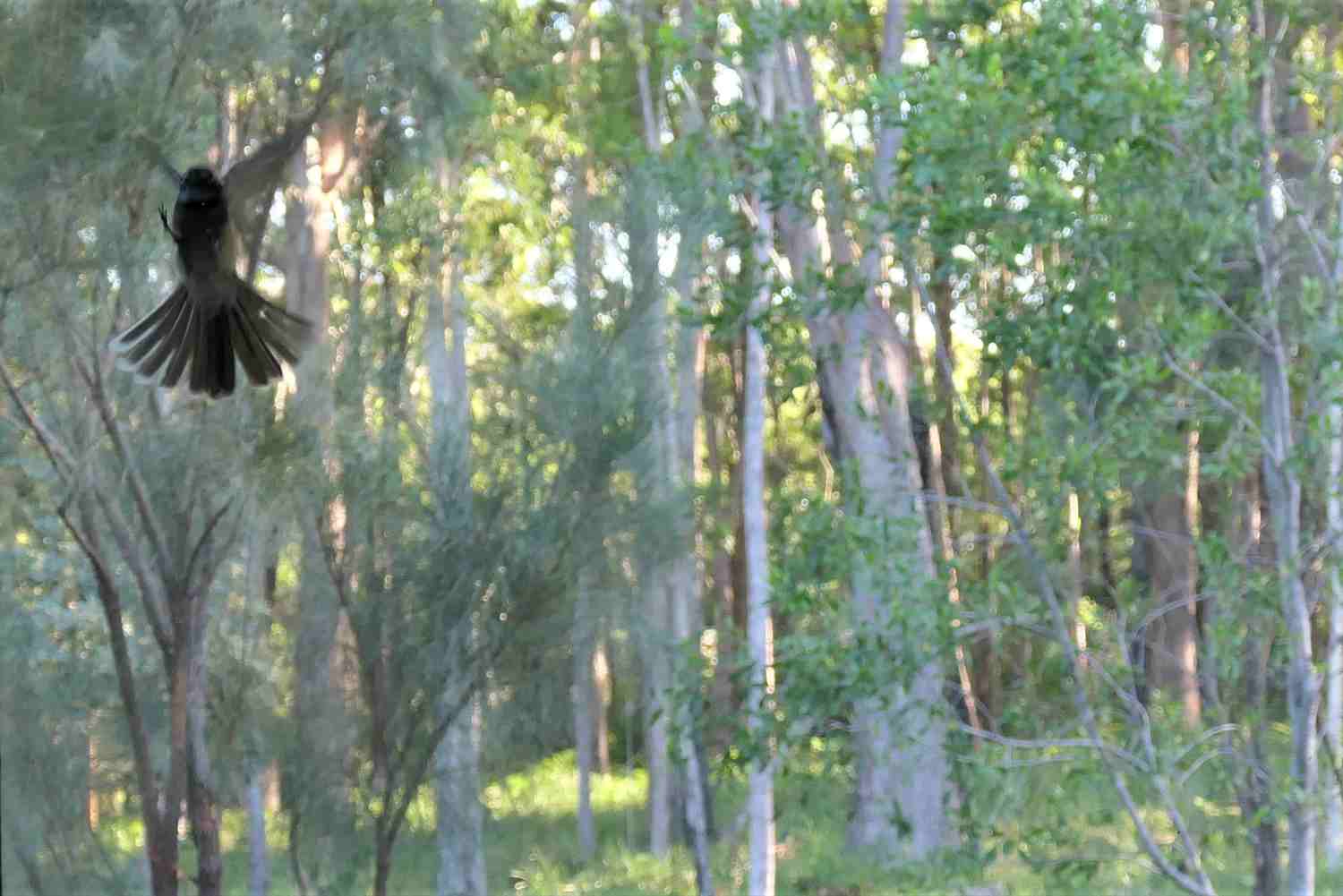 One of the Fantails, the male I presume, is attacking his reflection in the glass of the bedroom doors. No harm done, I only hear the bill hit the glass once, but it is a waste of energy and anxiety. I tape one sheet of newspaper up, then the roll runs out. Check back later, and realise the reflection is even brighter, I have stuck the paper on the inside. 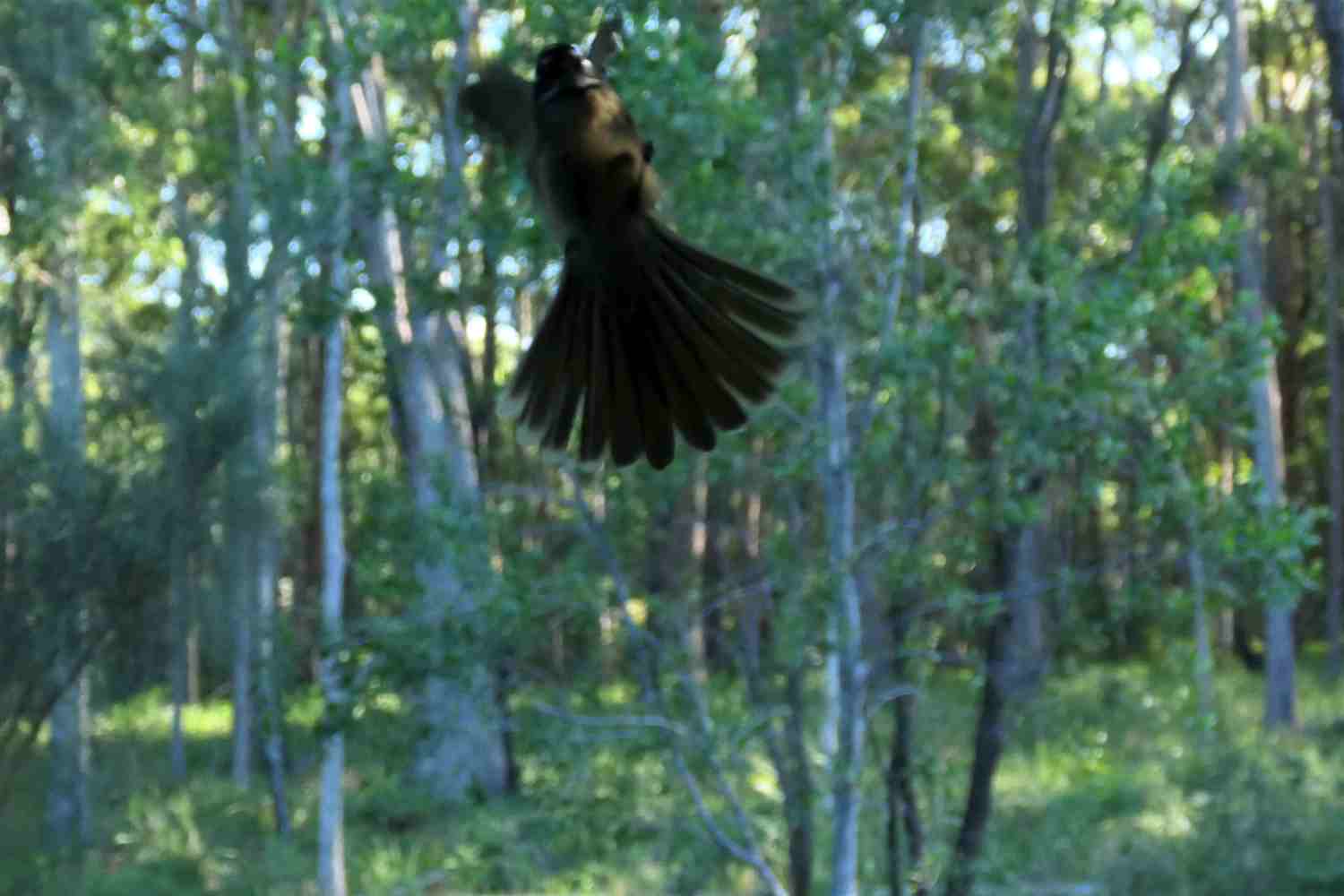 The camera reveals the ghost of an angel, a vague form. I had schoolboy conversations about their size, and pin heads but have never considered their weight before. So portable, so light to be able to hover, Angels are everlasting but these tiny flycatchers are not. They might nest here, I am pleased that I happened to shoo off a pair of Currawongs a few days ago, haven’t seen them since. They are major predators of fantails nests and were monopolising the rainforest bird bath.

The world is superstitious, I have contempt for superstition, 5 G phone network causes COVID-19, or buggery, garlic will cure it et.  I would make superstition illegal, if I was King like Plato, rule out the harmful, take seriously those earnest wishes of every Miss World contestant. I mean who doesn’t want world peace? I would ban rips in the holidays and lightning strikes in dry weather, remove all lethal pathogens, forbid earthquakes and volcanos, in fact all Acts of God, but would abdicate first.

My Doctor’s appointment in these guarded moments is via telephone. I explain that my Ross River is back. I’ve put on weight and, more importantly, my blood pressure has suddenly shot up. He asks if I am anxious taking my blood pressure. No. I should have said it’s the bloody local council, State and Federal Government who are raising my anxiety levels, but don’t want to waste too much of the doctor’s time. Would I mind? He has a Psychiatrist on the other line. He rings back apologising again. I have lots of problems I say but that’s not one of them, touch wood. He says, now my suggestion is, if you are happy – I butt in, End it all now? Well that’s not Plan A. He asks me to come in next week for an ECG.

Odysseus went off track to visit Hades and returned (like that other hero Herakles). The halls of Hades are built beside to the bleak lands of the Cimmerians, ‘shrouded in mist and cloud . . . dreadful Night looms over a wretched people’. Odysseus follows Circe’s instructions, he digs a trench and pours a libation of milk, honey, wine and water, ceremoniously sprinkles barley into the mix and pours in the blood out of a ram and ewe he has sacrificed. It works, it lures out the dead, but Odysseus is overwhelmed by the sheer number of dead and the sees his mother, discovers she is dead. He tries to hold her but she is a ghost. He escapes ‘green with fear’.

I watch ‘Dead Set’ alone, Wyn could only take the first episode. It was bloody funny and bloody bloody, skulls smashed, faces eaten, guts pulled out. A brilliant premise, zombies take over the world while those in the Big Brother house carry on as normal, might have been funnier if I had ever seen Big Brother.

I check on mum, she is fine, has had a couple of phone calls and fish & chips delivered from the restaurant. She is watching a repeat of ‘Who wants to be a Millionaire’, and we play the game over the phone.

Only death breaks the sleep and wakes us from dreaming. I wish I could have woken before this. Petrarch, Summer 1349.

The Black Death struck Florence, a hub of art and religion very hard. Boccaccio began writing the Decameron immediately after the plague ended around 1351. He noted nothing worked to stop the disease, neither prayer nor temperance, ‘nor a doctor’s advice nor the strength of medicine could do anything to cure this illness.’ [2]  Victims usually died after only three or four days of symptoms appearing.’ Just as now, the ritual of death changed, ‘there were many who passed away without even having a single witness present.’ Parts of the city were cordoned off. Giovanni Vilanni, a rich merchant, wrote in his journal, ‘And many lands and cities were made desolate. And this plague lasted until _’ he died in 1349.[3]

Florence lost between 45% and 75% of its population, but did much better two centuries later.

In January 1631, the Sanità [of Florence] ordered the majority of citizens to be locked in their homes for forty days under threat of fines and imprisonment.[4]

Ordinary life was suspended during the epidemic . . . Public sermons were forbidden. The city’s schools were closed. Taverns and inns were shut. Gambling dens and barber shops were closed, ball games forbidden . . . Portable altars were built on street corners, so that Mass could be heard in several streets at once.

The Sanità arranged the delivery of food, wine and firewood to the homes of the quarantined (30,452 of them).[5] The Sanità – making use of its own police force, court and prison – also punished those who broke quarantine . . . Giulia di Filippo was caught by the Sanità working with another prostitute and sentenced to ride a donkey backwards through the city, a card round her neck describing her crime.

The first regulations for dealing with plagues in Britain came into force in 1579. The Privy Council ordered the sick to be placed under house arrest for six weeks with their families,. Then, in 1666, after the Great Plague, isolated pest houses were set up, paid for by taxes.

Someone sent a link to Domenico Scarlatti’s Harpsichord Sonatas, I don’t know if he knows I  am a fan of György Ligeti too. ‘555 sonatas played by Scott Ross put together. No editing, no cut, no comp, no eq, no effect, no filter, no nothing.’

[1] Richard Flanagan, ‘Birds are liberation that never ends. But enjoying their company is also to know an inconsolable sadness’, Guardian, 1.11.2019

[5] Some elite Florentines worried that quarantine ‘would give [the poor] the opportunity to be lazy and lose the desire to work, having for forty days been provided abundantly for all their needs’.