Outrage over Trump’s retweet of supporter shouting ‘whitepower’. The Guardian

Covid-19 is erasing decades of economic gains achieved through globalization
The way we travel, work, consume, invest, interact, migrate, cooperate on global problems and pursue prosperity has likely been changed for years to come. Washington Post

Coronavirus’s complications and health problems are being studied by scientists. ABC

Britain’s first local lockdown has been imposed on Leicester after a surge in Covid-19 cases, with schools and shops to close and the opening of pubs cancelled. Several northern towns are now causing alarm to health officials. The Times

South Pole warmed ‘three times faster’ than global average over past 30 years. Carbon Brief (Antarctica holds enough ice that, if all melted, would raise global sea levels by around 60m.)

Thirty years ago, there were fewer than 300 humpback whales left in Australian waters but today, researchers estimate there are more than 35,000. ABC Mid North Coast

Singing a protest song in Hong Kong may result in a life sentence once China’s new security law comes into force. The Times 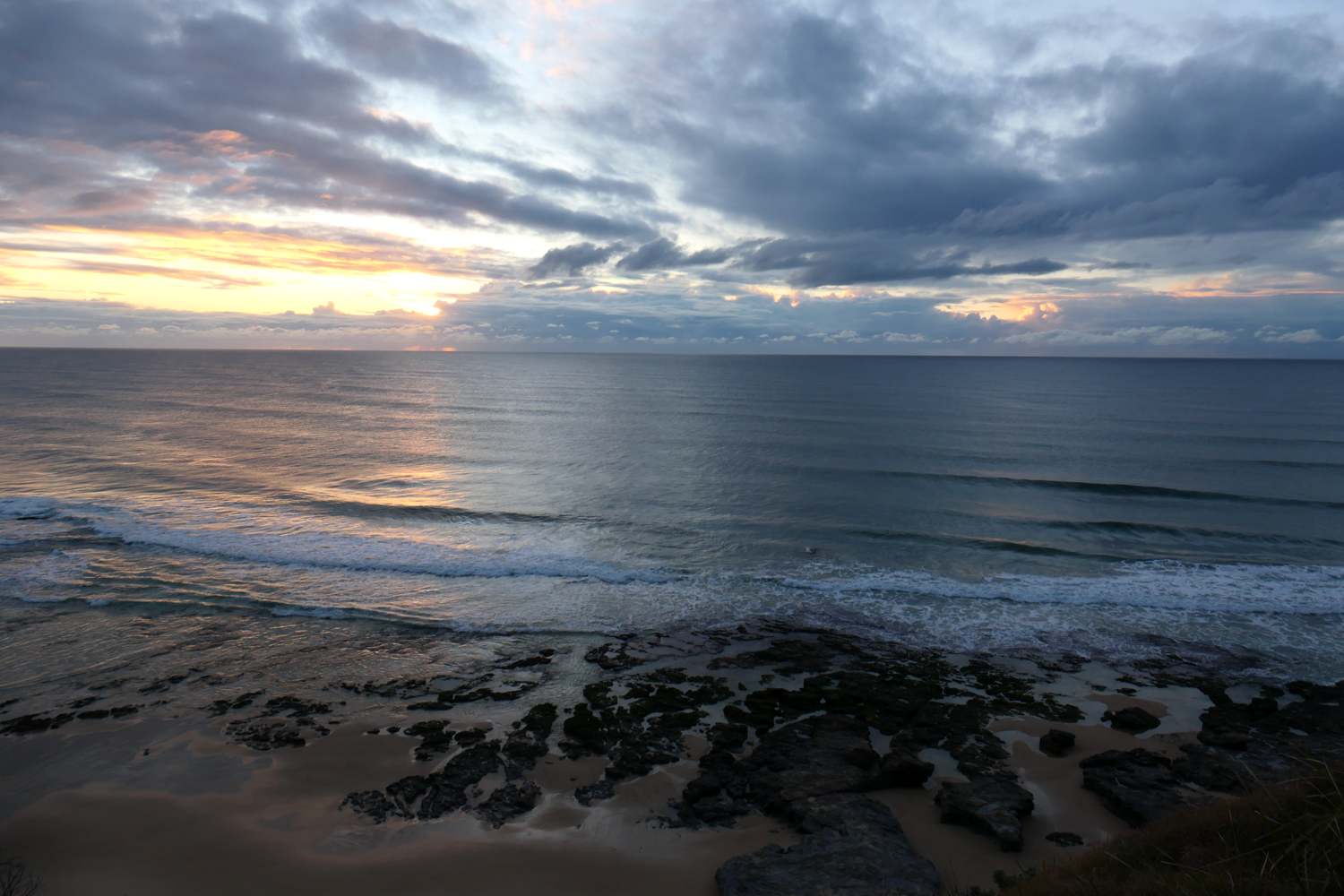 Headland for a whale watch, a Brahminy Kite flies by followed by a Hobby, first time seen over these beaches, and I was getting my camera out of its case! The view is paranormal. No whales. 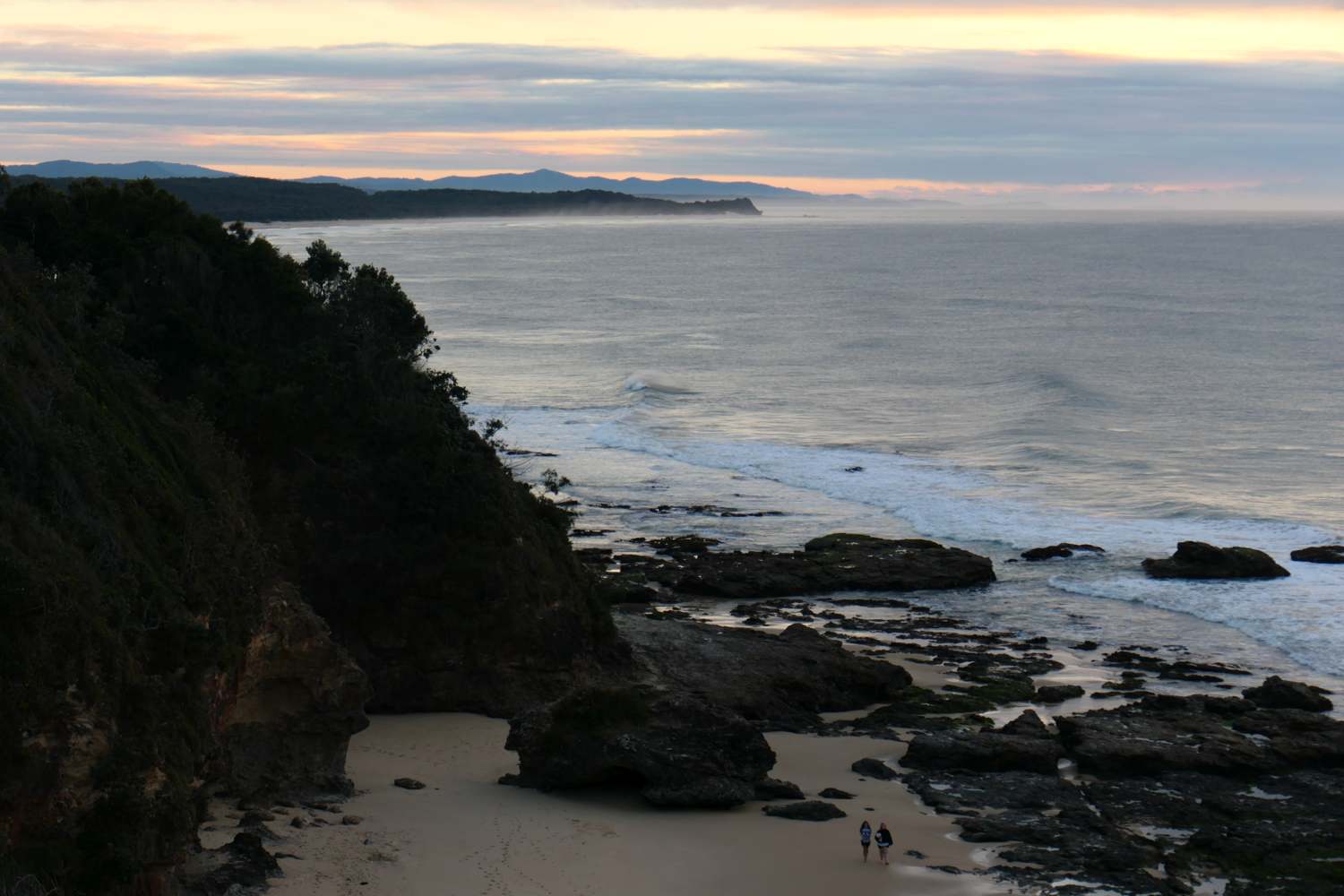 A river walk before a shop, tide very low, a line of fishermen on the rock wall brave the cold, the wind chill factors is working hard. 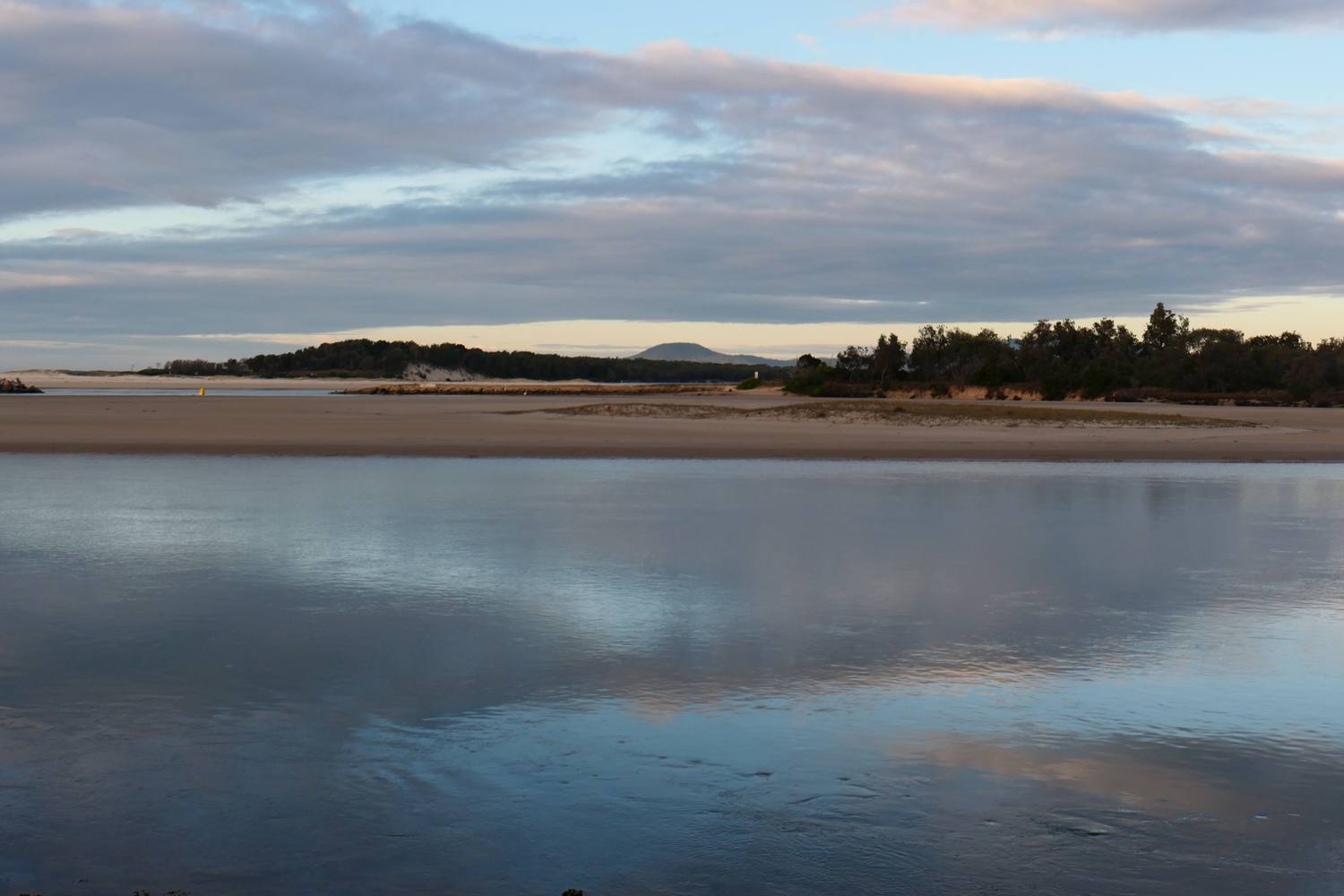 For a change there’s some action. One pulls out a luderick I ask if I can take a photograph. He seems bemused but acquiesces. Then puts the fish down, says ‘Sorry mate’, and cuts off its head. We appreciate the apology, I don’t suppose the fish did. 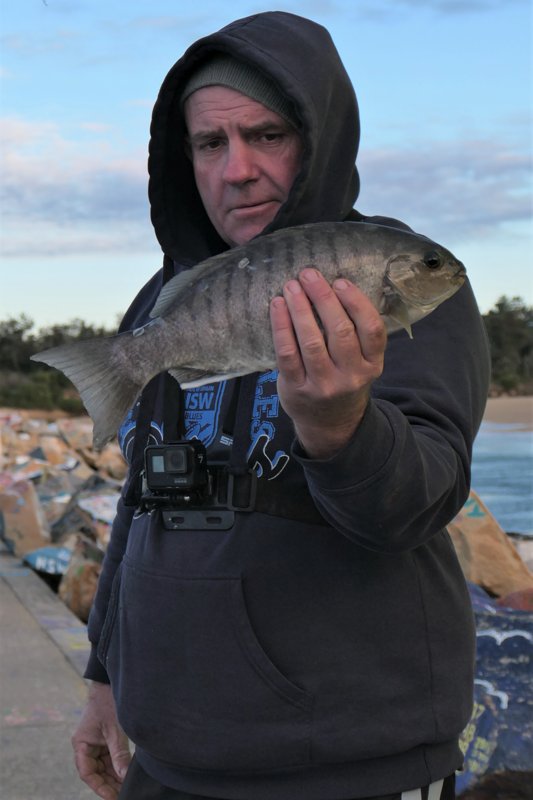 From the mangroves I take a photograph of the sacred mountain. 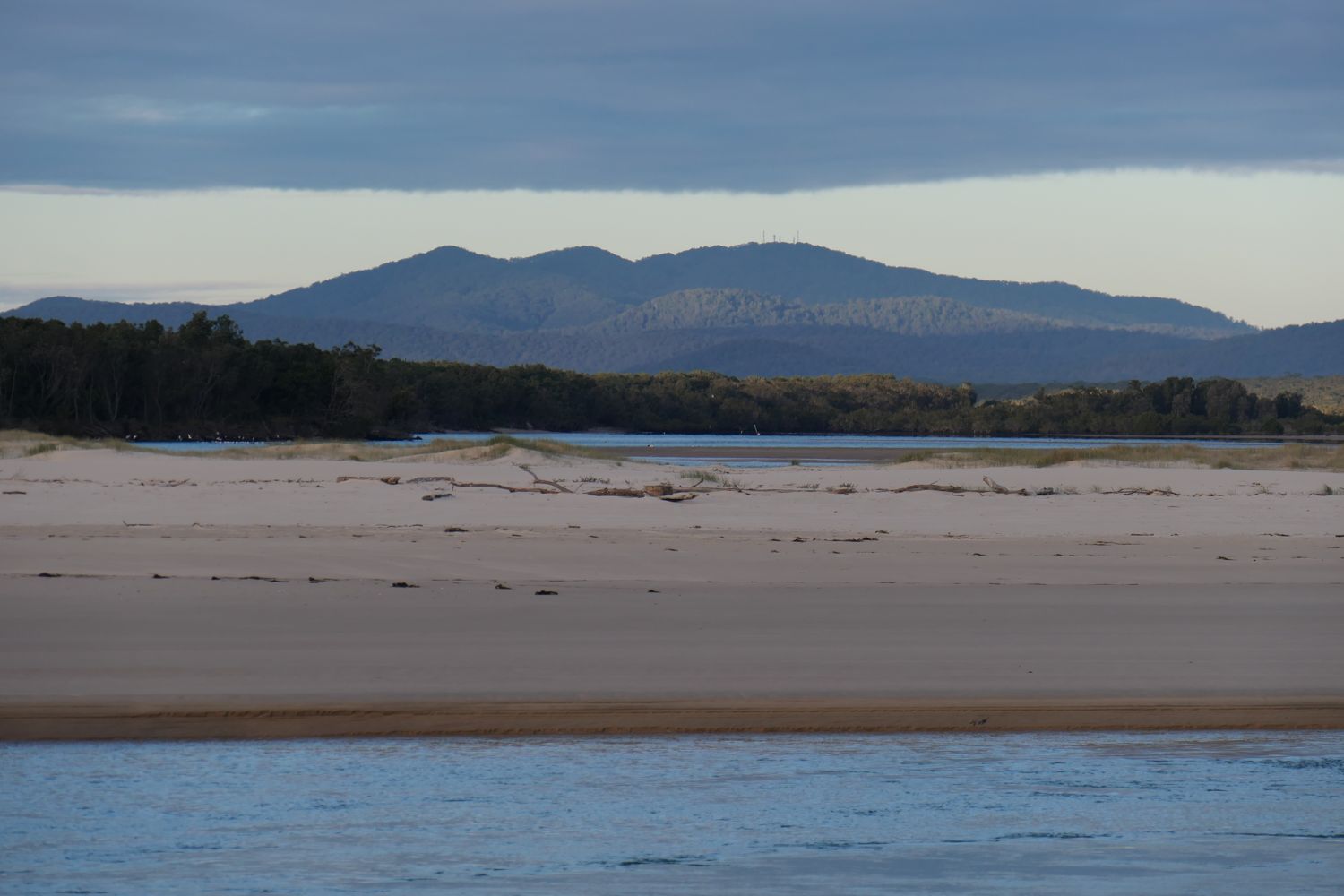 An Azure Kingfisher flies low below a solitary fisherman in a long brown coat with bare tattooed feet and a four litre wine cask keeping him warm. He keeps flashing the rod. We doubt he’s in the right spot but as we pass he catches a Bream. ‘Well done’ I say, he looks up pauses then smiles, ‘Thanks’. No teeth visible, a healthy breakfast.  Treasures lie around. 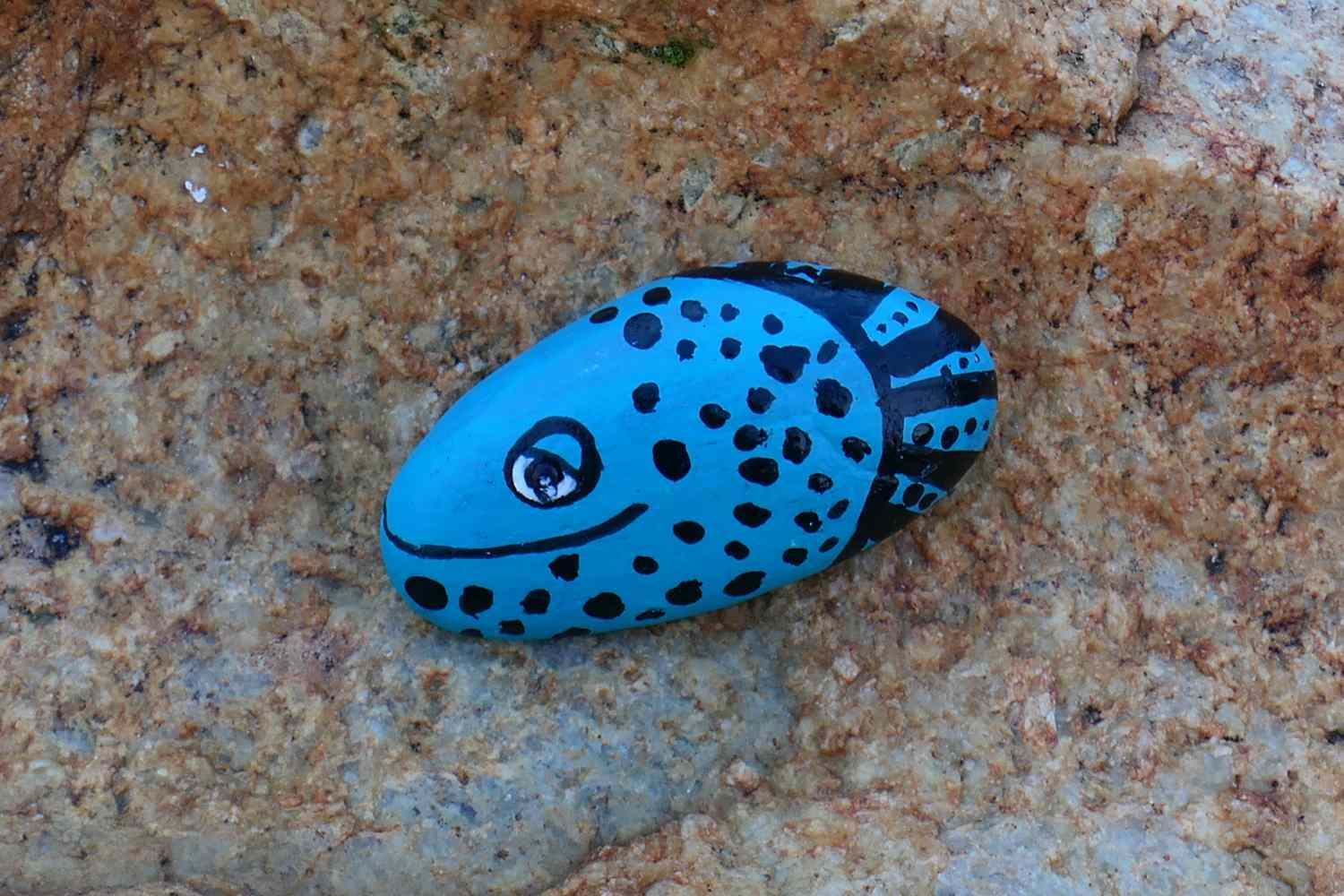 The second wave of panic buying has spread 1,000 kilometres from Melbourne where there has been a spike in the virus. Three packs of toilet paper left, I snaffle one. Last time there was panic buying we didn’t see any on the shelves for five weeks. When we bought a pack, the first we saw, it turned out to be ‘hypo-allergenic’, thin as tissue. Is my rear allergic?

Falling in love with a pair of cinematic eyes behind a high counter in Tabriz tourist information circa 1975, the chador a tease. Dave needs the loo, she points down the corridor, he comes back, no toilet paper. I ask her if she has an old newspaper, she hands one over smiling. Dave heads off. She asks if he can read it, I try explaining to her, delicately with sign language, why Dave wanted some newspaper. I saw surprise then disgust in the eyes of a beautiful woman.

‘Cleanliness is, indeed, next to godliness’. John Wesley (an 18th C sermon).

A few years later we were in Gujarat and realised it was time, there was no paper. We cut the nails of our left hands close, and cleaned ourselves with water the Indian way. ‘The day every one of us gets a toilet to use, I shall know that our country has reached the pinnacle of progress.’ Jawaharlal Nehru.

‘The colonial interest in public sanitation sadly, remained restricted to the needs of the military and the elite, rather than the whole population. Most municipal reforms were focused on eradication of epidemics and construction of estates, but no programme addressed the sanitation needs of Indians. By 1947, the Indian population which was more than 30 crores (30 X 10,000,000), had less than 1% sanitation coverage and this statistic did not improve for a long time.’[1]

‘The Swachh Bharat Abhiyan (Clean India Mission) aims to improve sanitation across India by building tens of millions of toilets for the poor. ‘Once, one used to hesitate to talk about a toilet, but now toilet has become an important part of thought in the country,’ Modi said, adding that the world has marvelled at the feat India has achieved.’[2] The government provided subsidy for construction of nearly 110 million toilets between 2014 and 2019, although many Indians especially in rural areas choose to not use them. The campaign was criticized for using coercive approaches to force people to use toilets. Many households were threatened with a loss of benefits such as access to electricity or food entitlements through the public distribution system.’[3]

‘A BBC investigation found that many of them are not working or aren’t being used for various reasons, from lack of running water to poor maintenance to deeply ingrained cultural habits. Recent research found that people in some parts of northern India preferred to defecate in the open because they found it more ‘comfortable’ or thought it to be ‘part of a wholesome, healthy virtuous life’.’ [4]

An artist’s, ‘self-defined job [is] to gather all the ruins of her own, and our, history – everything abject and beautiful, oppressive and freeing, scatalogical and sexual, holy and unholy—into one place, without attempting perfect alignment, without needing to be seen to be good, so that she might make art from it.’ Zadie Smith[6]

Our regular shit is muddy
and irregular. Our shit is the shit, in this regard. Regardless, we started walking the floor of the sea to turn it over, plowing the muck, low, country, just like mules of the leafy green, sempiternal in sodden underground, thinking the sudden thickness of our steps, infused with periodic swimming to get the air we can’t breathe, saving breath in the muddle of our passage . . . Fred Moten [7]

‘The water finally goes down and I flush and the toilet fills up again with my horrible smelly poo, my shame, and Eileen’s in the doorway barking, keep pumping, pump until all the water’s gone, and I argue that it’s not going to work and Eileen argues that’s what she did in New York, and I’m flopping about and sweating and pumping….’ [8]

Ironically, before white became symbolic of wealth and cleanliness, black was one of the most prevalent colours that evoked royalty and power . . . as the colour white began to gain favour among European elites, explorers were beginning to encounter the indigenous people of Africa. The white/black dichotomy that evolved played right into racist ideologies. [9]

‘White became an indicator of class and wealth. The richer you were, the finer, whiter, and more intricate were your linens, and wealthy people changed them every day. White underclothes, sheets, towels, and tablecloths were prized for the very fact that they were so hard to keep clean.’ [10] I remember that all vest and underwear were white when I was growing up.

The architect Le Corbusier advised everyone to ‘replace his hangings, his damasks, his wall-papers, his stencils, with a plain coat of white ripolin [a paint]. His home is made clean … Everything is shown as it is. Then comes inner cleanness.’ [11]

‘It’s commonplace today for people to clean their hands with antibacterial or antimicrobial soap, spray their bathrooms and kitchens with bleach and other sanitizers and wash their dishes and clothes at ‘germ-killing’ settings. No doubt, it’s an effective weapon for keeping germs at bay. But that doesn’t mean we should aim to have our families, including kids whose immune systems are still developing, avoid all germs – if there were even a way to do that. That’s because a growing body of research is showing that microbes – microscopic organisms such as bacteria, fungi and viruses – and dirt are crucial for our well-being.’[12]

‘Modern society has gone overboard with deploying antibacterial soap and germ-killing cleaning products, which indiscriminately kill germs – including good bacteria that help maintain a strong and diverse microbiome. Everyone has a microbiome, a collection of more than 100 trillion microbes that live on and in our body, the majority in our large intestine. ‘The more diverse your microbiome is, the healthier you are,’ Krishnan says.’[13] (Kiran Krishnan, a microbiologist). 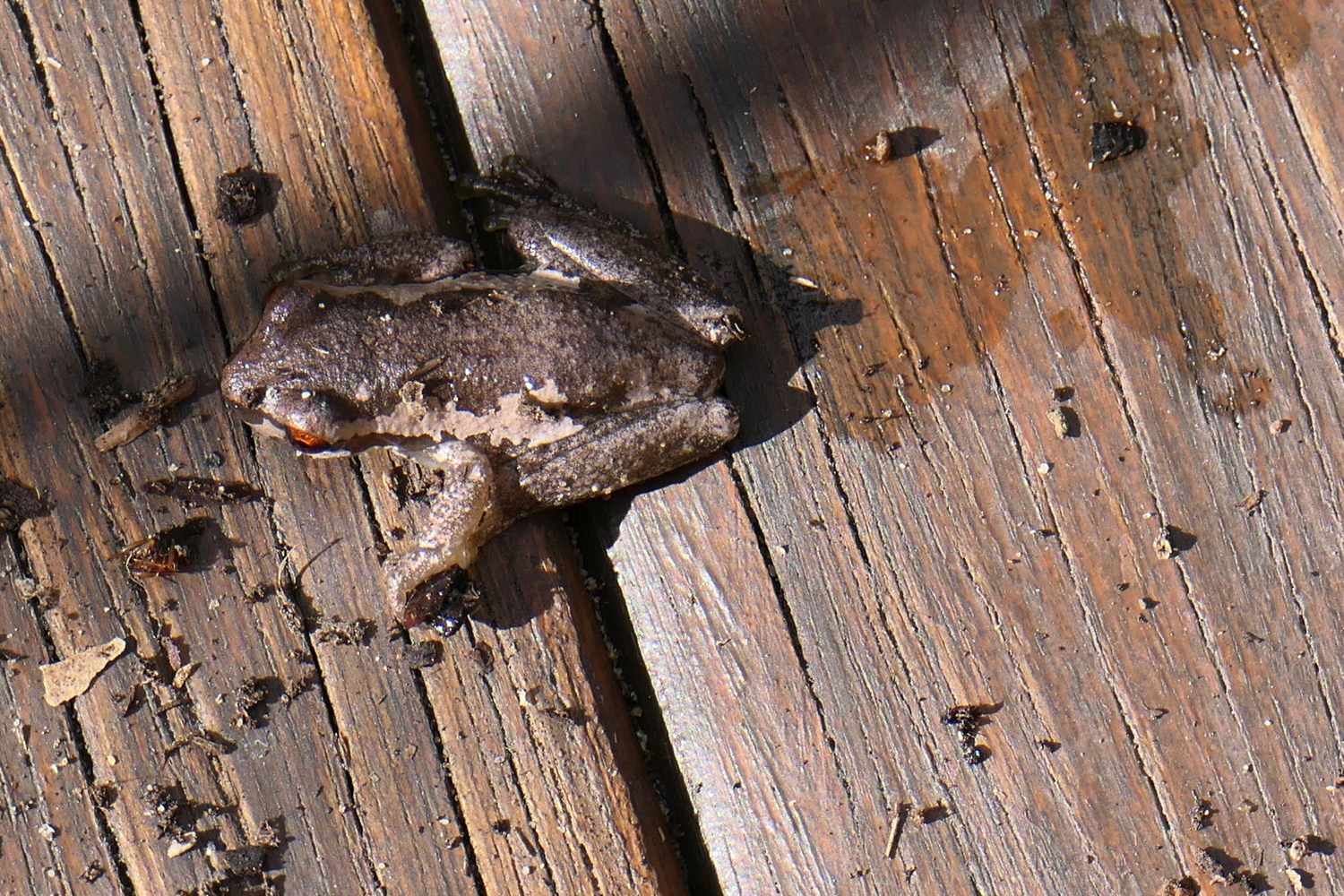 Lunch with friends, still renovating, froglets in their pots, lunch on deck jumper on jumper off (cloud dependent). Her best ever desert, a luxurious apple pie, undermined but two tablespoons of baking powder instead of two teaspoons.

In addition to respiratory distress, patients with COVID-19 can experience blood clotting disorders that can lead to strokes, and extreme inflammation that attacks multiple organ systems.

The virus can also cause neurological complications that range from headache, dizziness and loss of taste or smell to seizures and confusion. Current scientific literature showed about half of patients hospitalized with COVID-19 had neurological complications, such as dizziness, decreased alertness, difficulty concentrating, disorders of smell and taste, seizures, strokes, weakness and muscle pain. [14]

[7] Fred Moten, all that beauty, Letter Machine Editions 2019. Muddy is akin to blurry, another of Moten’s embraced anti-categories, as both bear constitutive relationships to Blackness. Later in the collection, Moten says as much, ‘Black is the revelation of that which makes a people uncertain, unclear and awry in their action and knowledge. I think I been thinking ‘bout that for ‘bout thirty years.’ J. Peter Moore, ‘The Fertilizing Power of Funk’, Hyperallergic, May 30, 2020

[9] Danny Lewis, ‘The Colour White Has a Dark Past: From race to wealth to cleanliness, the colour’s connotations have a long history.’ Smithsonian Magazine Aug 14, 2015

[12] Ruben Castaneda and Michael O. Schroeder, ‘Could Getting Dirty and Being Exposed to Germs Boost Your Health? Are allergies and asthma the result of being too clean?’, Sept. 19, 2019, https://health.usnews.com/